Going into my testing with the G510s I had a good idea what to expect really. I used a second generation G15 for a very long time and I spent a lot of time with the original G510 as well, with the main changes being limited to cosmetic changes I knew I would be fairly happy with it. This is most likely how a lot of the future G510s customers will feel as well. A lot of people who have been using their Logitech G510 or G15 for years will be considering this one just as a refresh or for a secondary computer. Because of that I can’t complain too much about the keyboard layout too much, it has worked for so many people for so long. Personally I prefer the smaller macro area on the G710+ because I have less use for them. In fact if Logitech made a keyboard with the LCD screen and no macro keys at all I would be all over it. The same goes for the number pad, it would be great to have a small version for LANs that doesn’t take up too much of the limited space you have at events.

For those of you who haven’t used a Logitech G510 or G15 previously lets go over what to expect. For me, especially considering I have covered a lot of mechanical keyboards recently, the keyboard was a bit of an adjustment. Being a rubber dome keyboard it will be extremely quiet but it also has a slightly mushy feeling. To a lot of people this isn’t a downside at all as there are people who don’t like mechanical keyboards. But just going off of the trends we are seeing at our events and online mechanical keyboards have been spreading like wildfire. It’s a little disappointing that the G510s is the only option to get if you want the LCD screen, I would love to see a version of the screen that isn’t attached to the keyboard at all as well as one built into a mechanical keyboard like the G710+. The separate version would get Logitech sales on people who have gone with the competition even.

Speaking of the G510s built in LCD screen, in the past it has been a source debate in the past. Some people don’t see the point in the screen at all while others can’t live without it at all. I personally fall in between. The biggest selling point is the integration Logitech has with many of the games on the market. Although I always find it impressive to boot up a new game and look down and find out its supported. But for me, I find it to be way more useful for the boring functionality. For example when you are in game you can look down and keep an eye on time or CPU and memory usage. See for me, the in game functions are all things I would rather be in front of me in game. Looking down to my keyboard is taking my eyes off the game, a perfect chance for someone to come out of nowhere and get you. Another good function is being able to see what song is playing and where you are in the song while being in game. 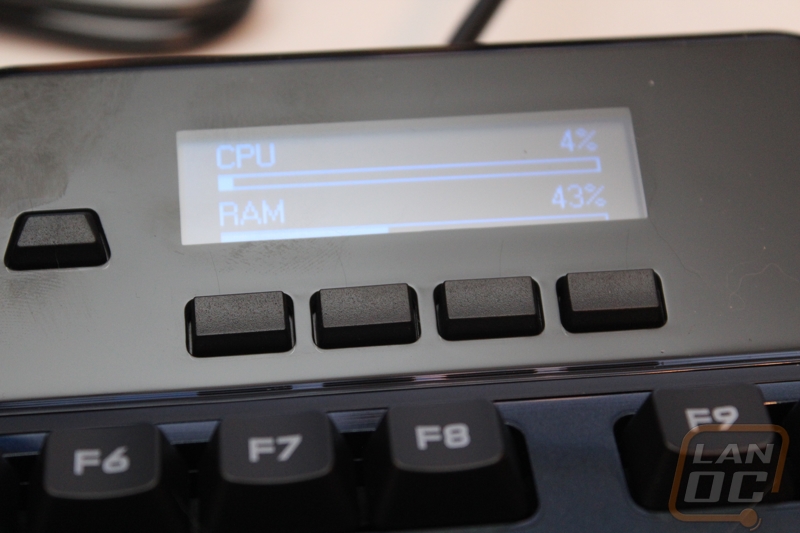 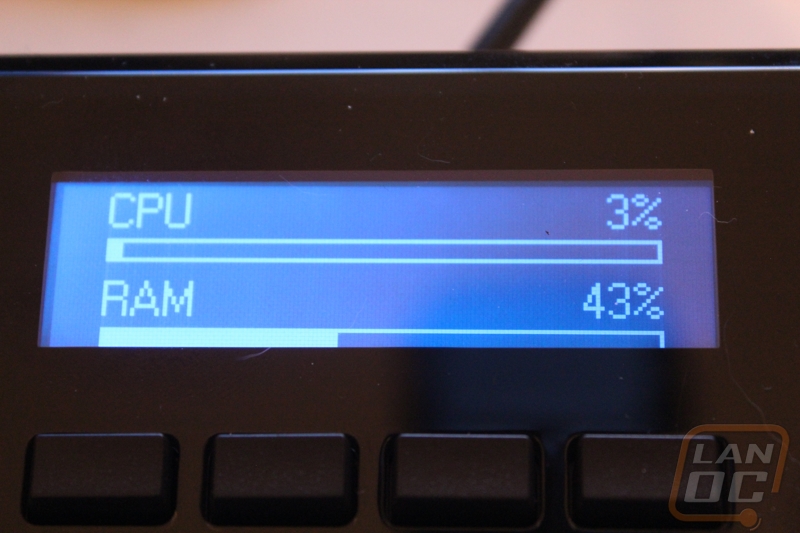 While we are on the topic of listening to music, I absolutely love the media controls that the G510s has. Being able to control the volume with a scroll wheel is very useful, much more than the push button volume controls that you get with some other keyboards. Even worse, a lot of the keyboards on the market have media keys that require the use of a function key. The G510s’s media keys are much easier to use and are up in the top right corner of the keyboard where you can get to them without really looking.

While the keyboard performed great during my use, there was one thing that I would like to see them improve on. The backlighting as a whole could use a little more brightness. Along with that, the new bolder font also caused some patchiness on the letters. It took me a while to be able to get a photo of the patchiness but I did get the cause figured out. All of the lighting comes all the way up from under the rubber domes, as it turns out the plastic that attaches a key cap to the keyboard itself causes the darker areas. This wasn’t noticeable with the original G510 because its font was smaller. As for the backlighting there are a few reasons why I mention it. When comparing the G510s to the G510 there wasn’t a difference at all. But when you put it next to the orange G15 it is a little dimmer and when you figure a lot of the competition now uses mechanical keyboards where there is an LED for every key, it’s even more important. I suspect that this is related to the LED’s being capable of 16 million colors where our G15 only does orange. Once again, the G510 has been extremely popular so this isn’t a deal breaker for most people, but I do want to point it out. 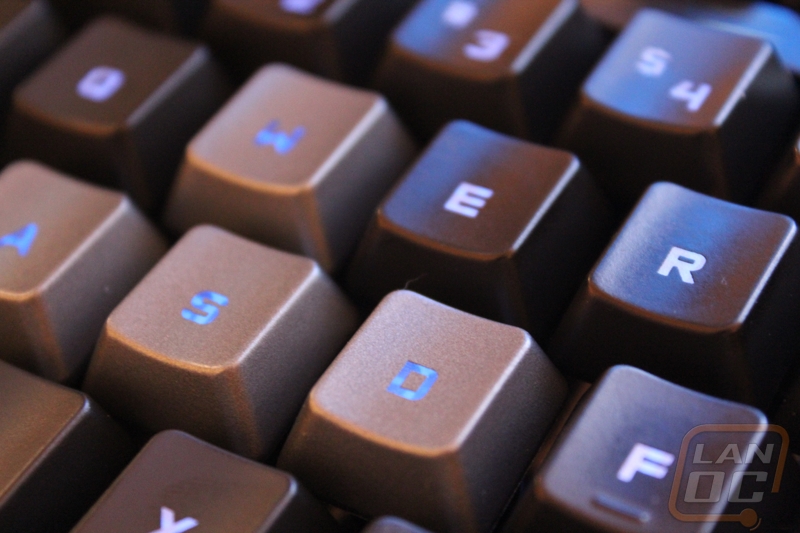 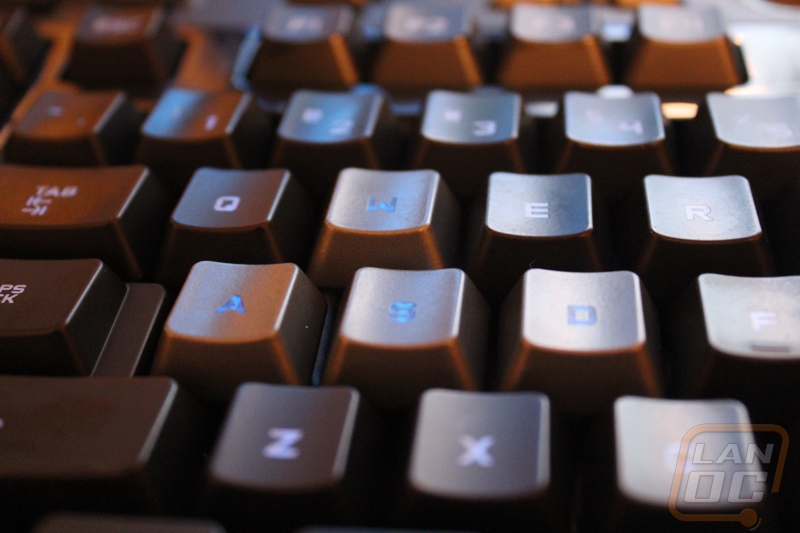 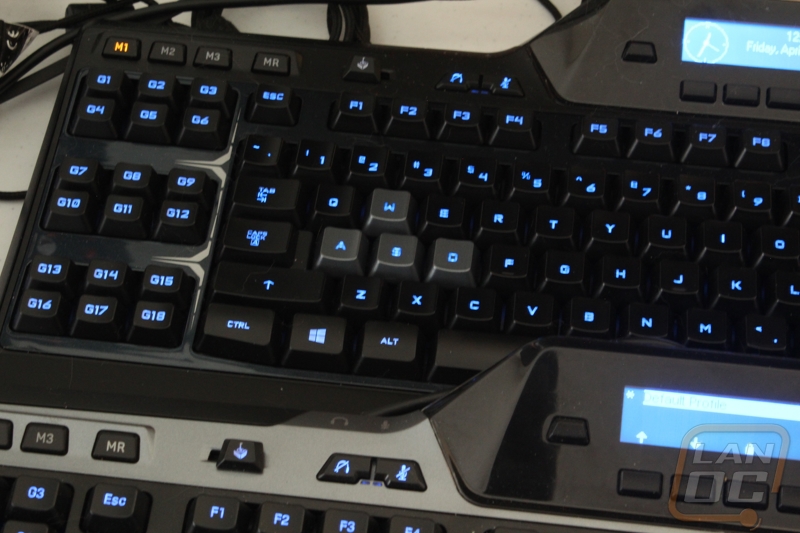 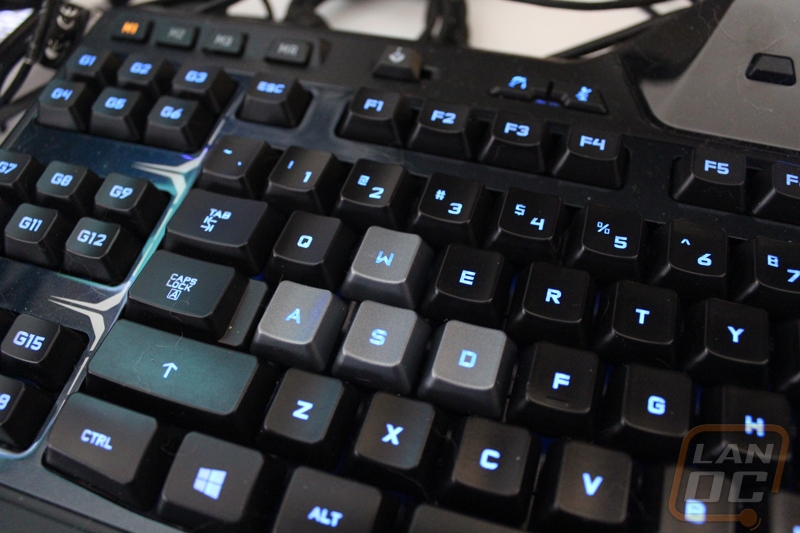 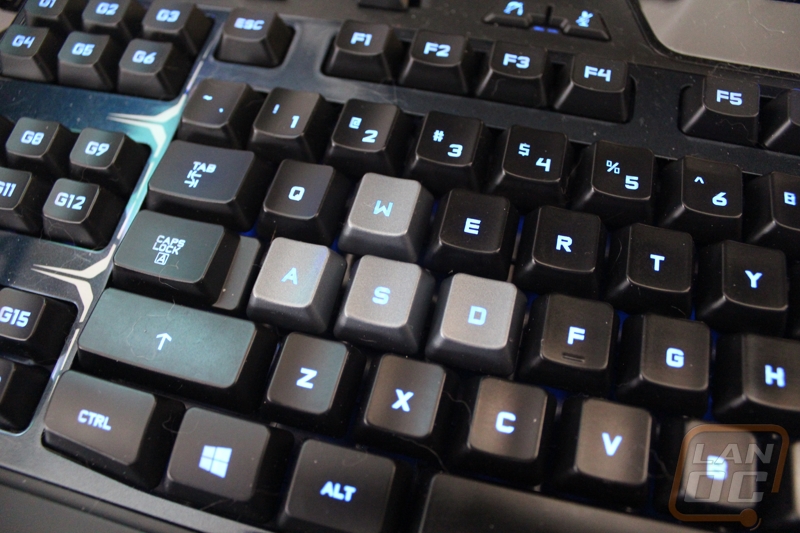 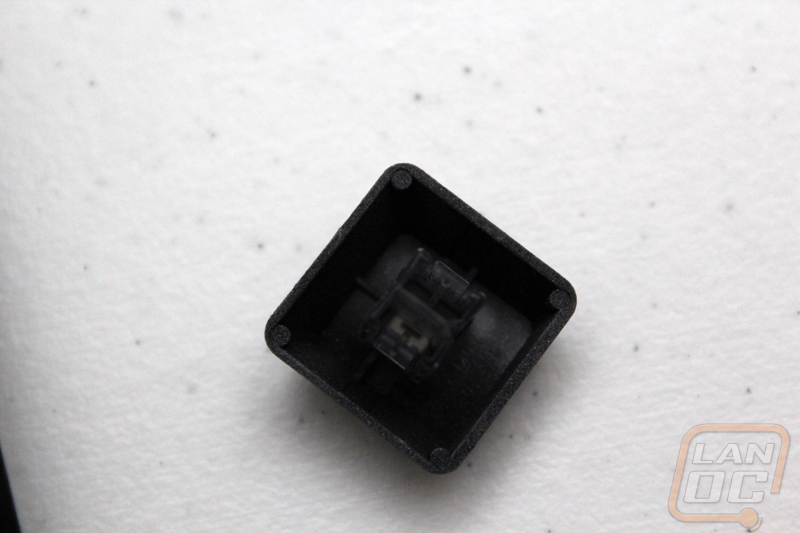 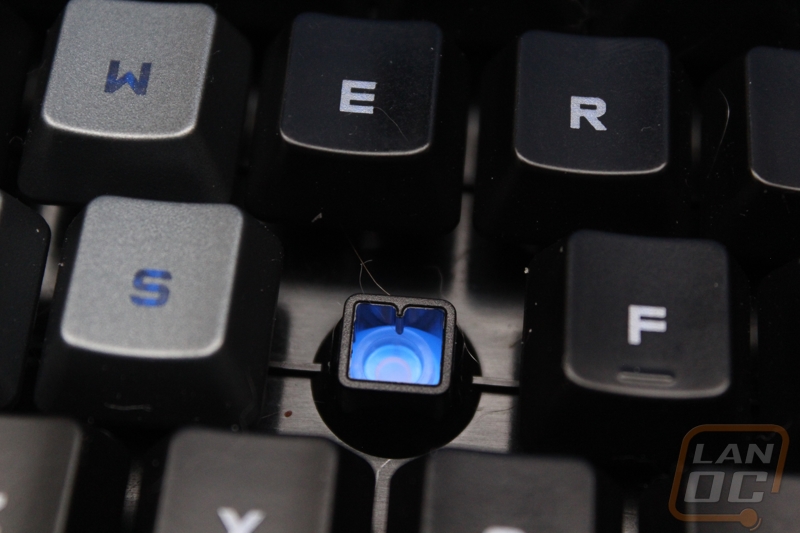 We have 904 guests and one member online