Fans of previous Logitech keyboards are going to see a lot of similarities in the G510s to previous models. Logitech has taken an if it’s not broken don’t fix it approach once again but considering the popularity of this design I don’t blame them. This is a design that has been used for years all the way back to the original G15 but with small tweaks to improve on the design. One of the big changes we can see right away from the G510 is a different color scheme on the top half of the keyboard. This time, around the keys themselves we have a glossy finish in what looks like a dark blue or green depending on the light. The outer edges are finished in a satin flat black. This is a little different than with the G510 where is had the satin flat black around the keys and the glossy finish on the outside. Of course we also have the optional wrist rest as well and that has a slightly grippier black finish. 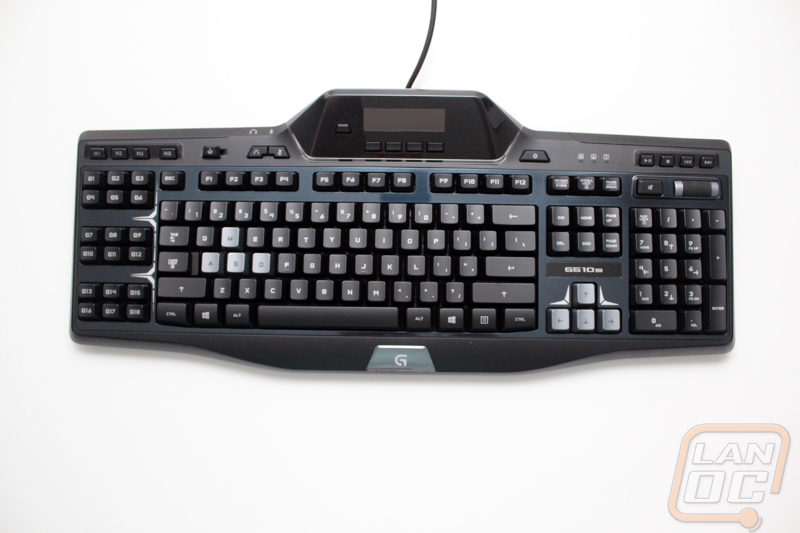 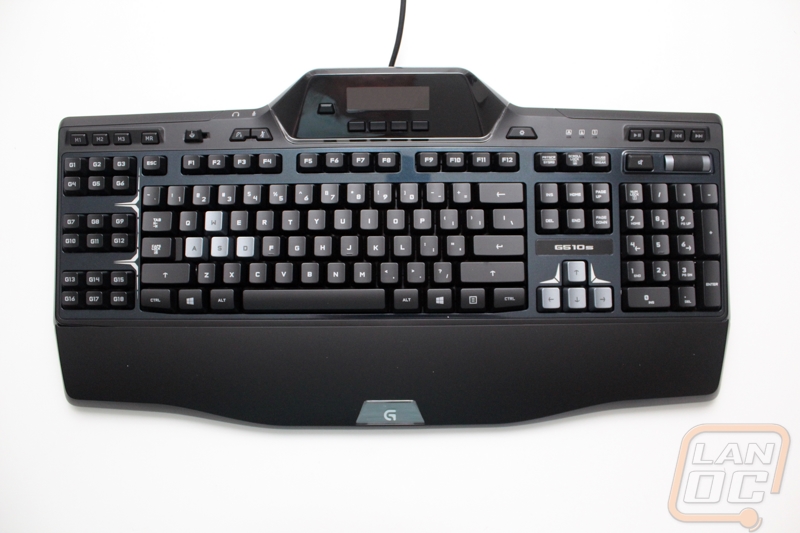 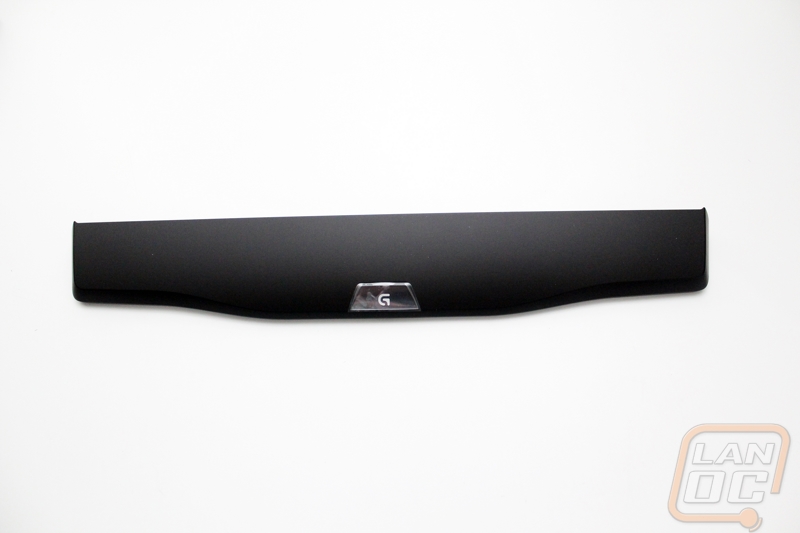 Starting over on the left side we have all 19 of the “G-Keys”, Logitech’s macro keys. There is a little styling around the keys that we haven’t seen before on a Logitech keyboard but other than that things are about the same as on the G510. The font used on the keys is slightly different, basically bold when compared to the last G510. 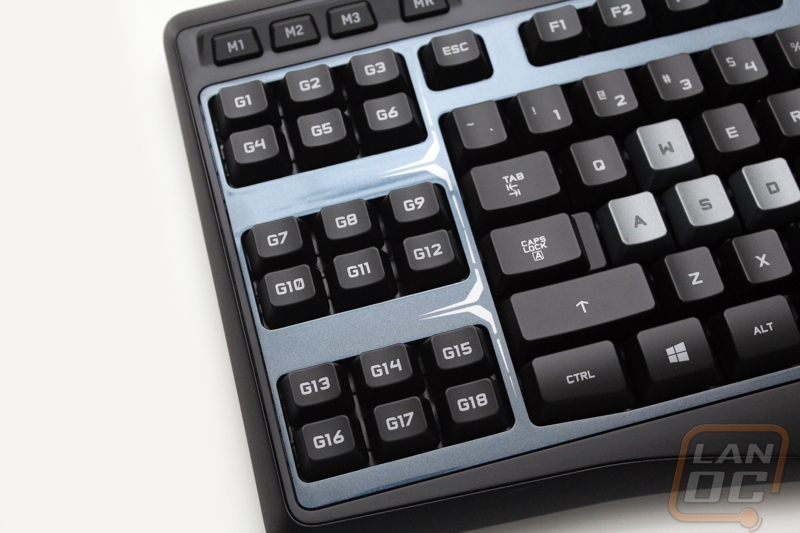 Controlling your three different profiles is all up in the top left corner for easy access. They are split up into M1, M2, and M3. The MR button is actually for programing macro keys on the fly without the software at all. The joystick switch on the right side of the image when flipped on puts the keyboard into game mode turning off the windows keys to prevent you from accidentally bumping it and getting forced out of game in the middle of something important. 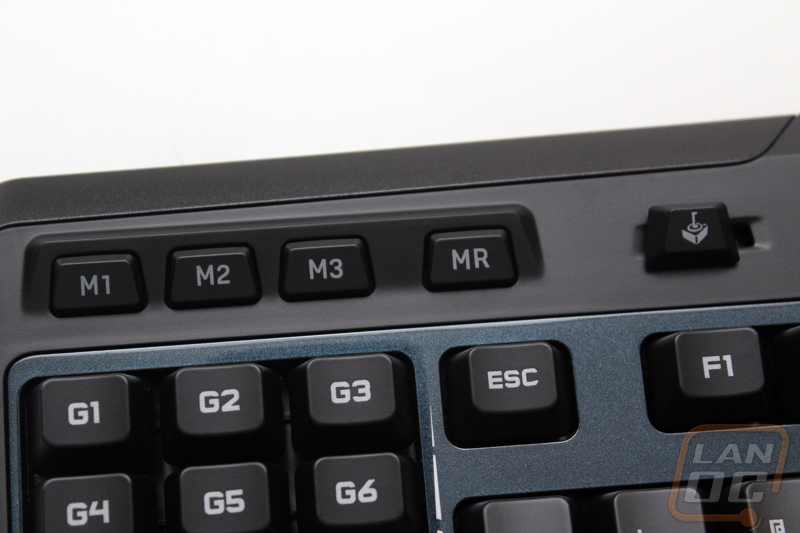 Just like with the G510, Logitech is sticking with the built in audio card over having a USB port on the keyboard. For controls you have microphone and headphone mute buttons with small led lights that will light up to let you know each is muted. It’s still a little weird that there are two audio mute buttons on the keyboard though. 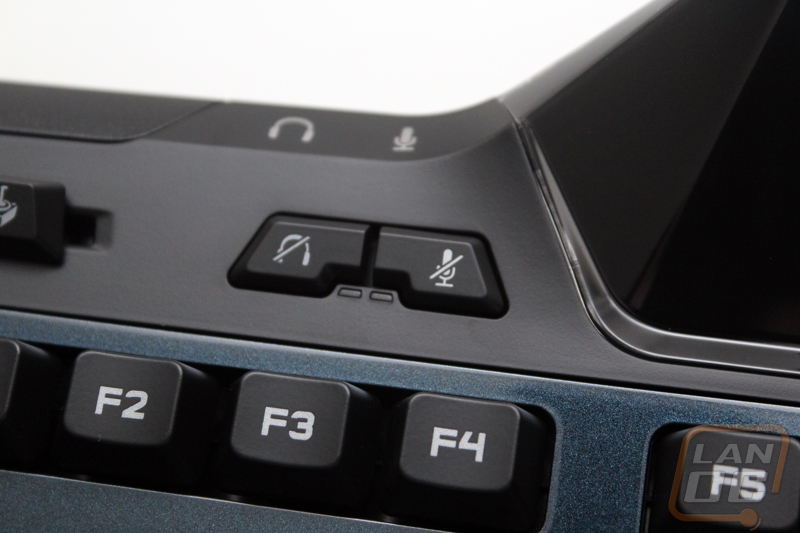 Much like the second generation G15 the LCD screen on the G510s is fixed at a specific angle. Really if you put this next to the second gen G15 the screen is unchanged. The buttons under the screen have a little different finish and are slightly concaved. 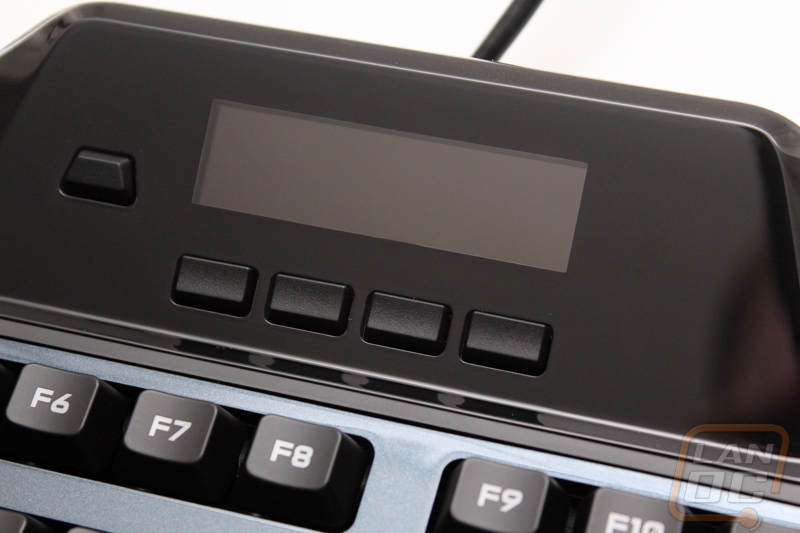 Up in the top right corner we have all of the media controls. This is something that Logitech has done better than most for years now. You have easy to find and use media keys including play/pause, stop, skip forward, and skip backwards buttons. For volume control there is a nice wide control wheel. This is the same wheel that the G19, G710+ and G510 had, why change it if it works. Next to it is a large and easy to get to mute button. 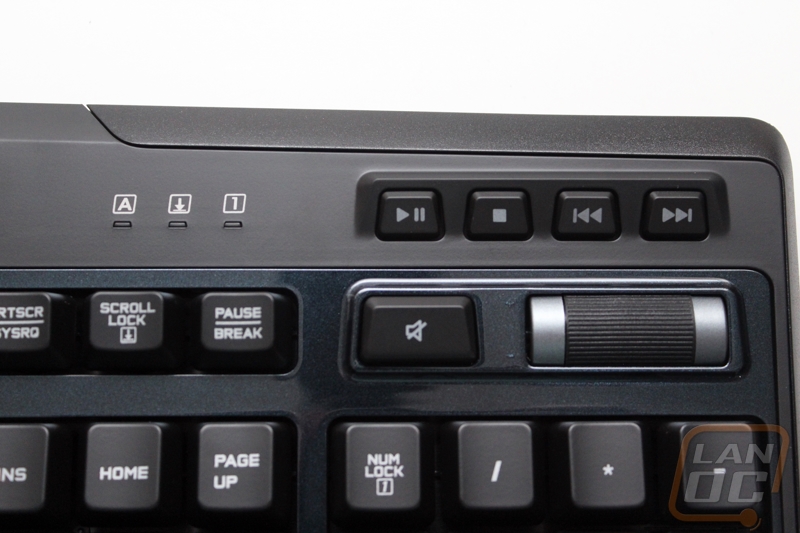 Around the direction pad you can see a little bit of styling has been added with the silver touches in the two corners. This is also a great photo to see the finish around the keys a little better, it is fairly glossy. As for the direction pad itself, this time around they set it out a little by coloring the keys in a light grey and just like the rest of the keys they did change the font, meaning in this case the arrows are thicker and also the heads are wider than on the G510. 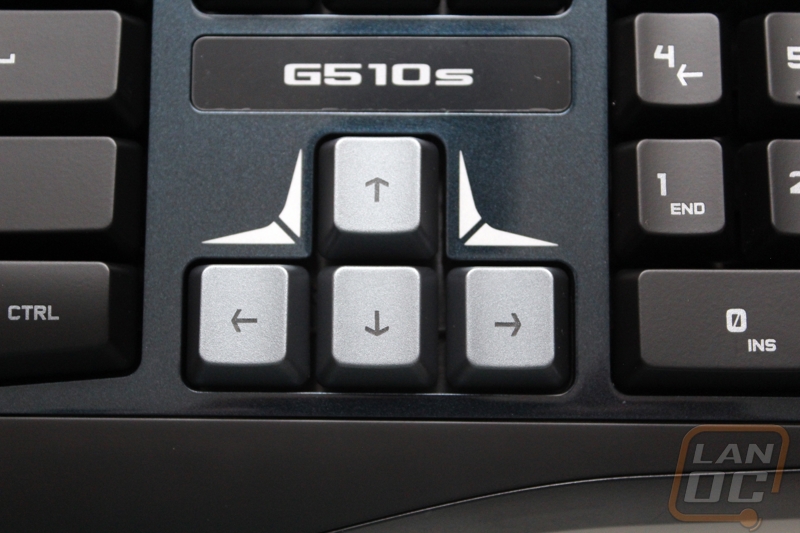 The WASD buttons have been given the same treatment as the direction pad. All four keycaps are finished in a light grey metallic finish that is a big contrast from the black color of the rest of the keys. Here you can see the font change better as well; they used basically the same font but made it bold making the letters stand out more. This looks to be the same font that they went with on the G710+ as well, they also highlighted the WASD and direction pad in the same light grey finish as well. 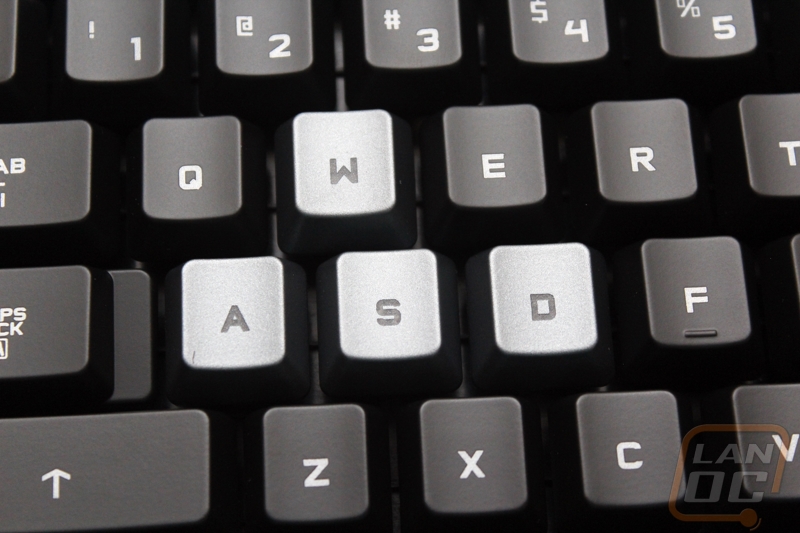 There isn’t anything spectacular going on with the cord here. It doesn’t have a protective weave on it or anything to help it stand out. It should be noted though that the G510s only uses one USB plug where some other keyboards use two or in the case of the G19 it has one plus extra power. 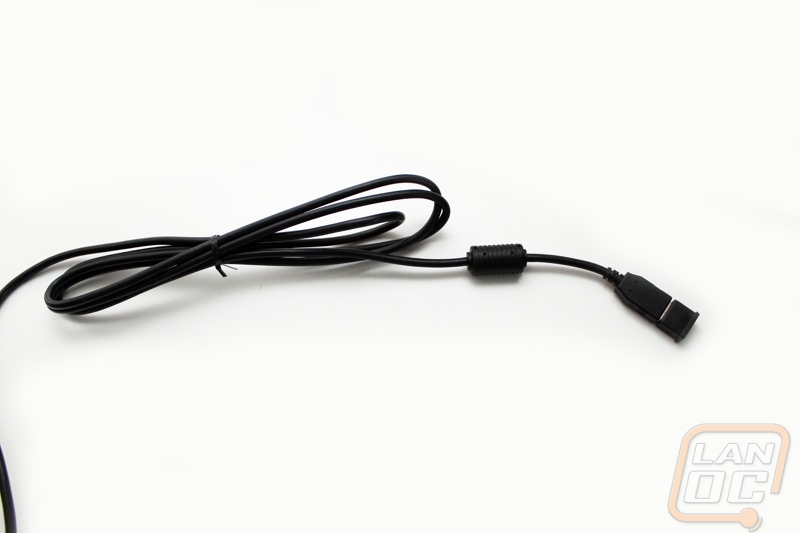 On the flip side of the G510s we have a section in the middle of the board that has all of the important information like warnings and certification logos from everyone and of course your serial number as well. Looking around the rest of the bottom at how the G510s interacts with your desk (aka feet). I found it interesting that of the six feet on the keyboard only two were actually made of rubber to keep it from moving around. The other four are just hard plastic. The same goes for the two flip out feet to tilt the keyboard up as well. The actual height that they raise the keyboard is minimum as well (about one centimeter). 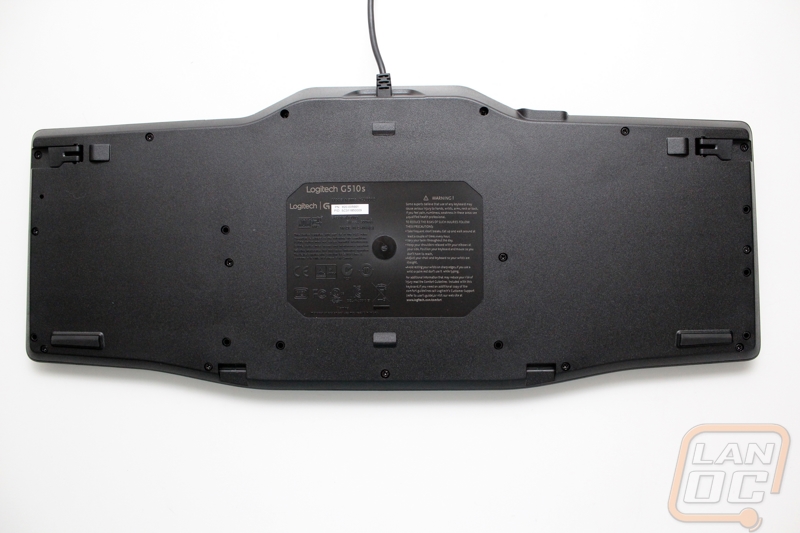 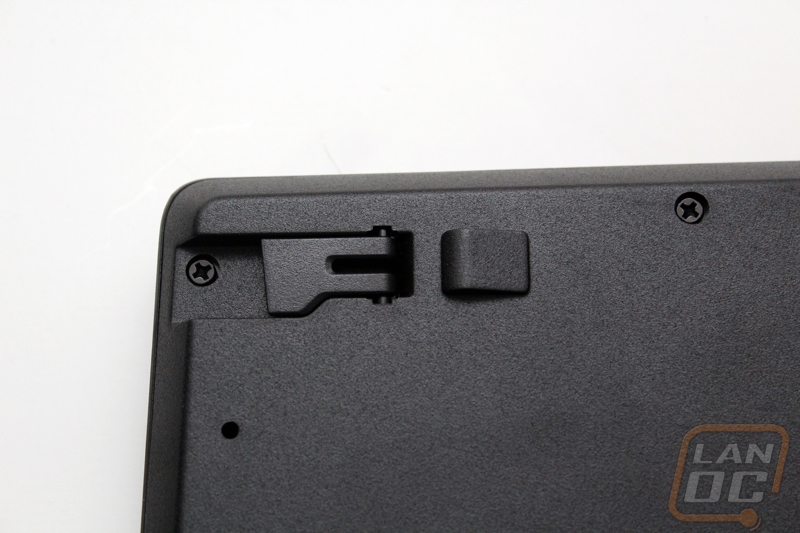 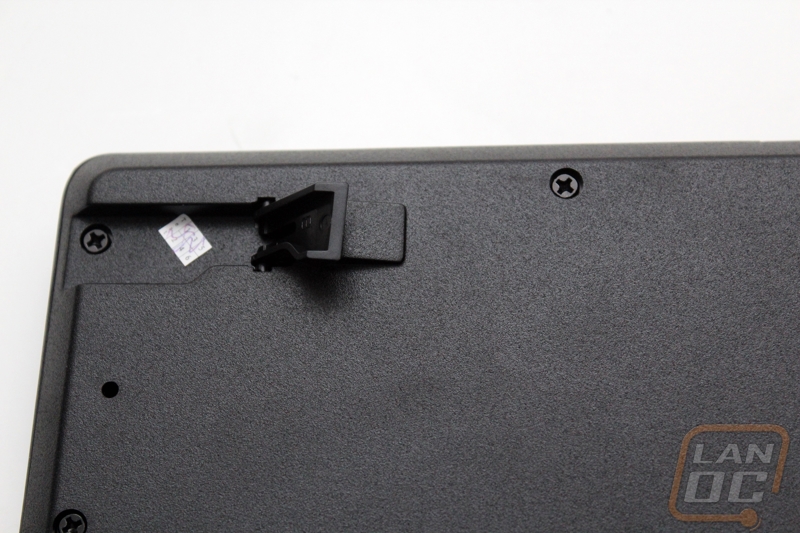 Now that we have gone over all of the G510s’s features here is a picture of it next to the older G510. The differences between the two keyboards are limited to the finishes and colors on the top of the keyboard and changes in the font on the keys as well but we already covered the new font. This refresh isn’t huge, but considering the fact that the G510 was an extremely popular keyboard it might be all Logitech needs to keep things fresh and to keep it matching the rest of their lineup. 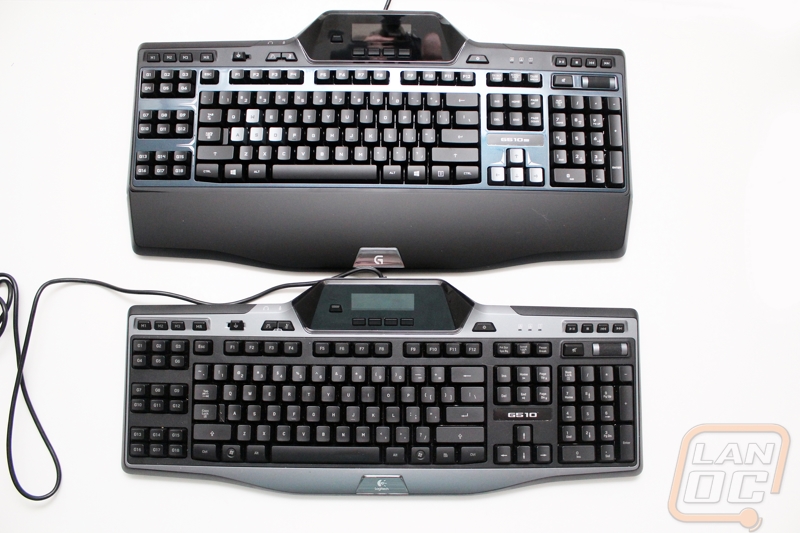