Features
While the G600 is designed for MMOs, the motives behind the features also apply to the multiplayer online battle arena genre, or MOBA. The leading feature of the G600 is of course the thumb panel, which features a bank of twelve customizable buttons that are intended to be within reach of the thumb for quick, and ideally accurate, casts. The twelve buttons are actually divided into two sets of six, two rows of three in each. It’s actually easier to distinguish the two sets by feel than look. Each set has a notched button to act as a landmark for the home row, much like F and J and the keyboard. Additionally, the six buttons of each set are inclined in toward the middle of each respective set, so the thumb naturally rests in the center of either one. If you switch from one set to the other, you’ll feel the peak as you pass over. 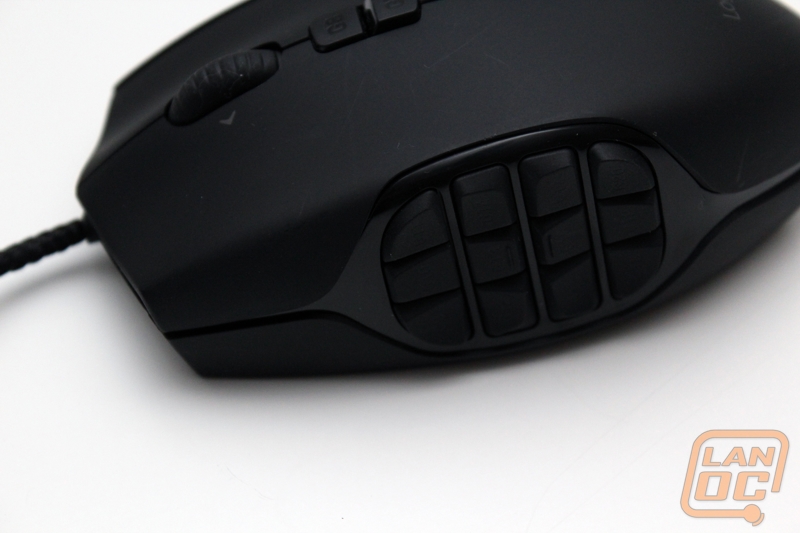 The right side of the mouse only has one button, but it is a nice one and by default, it’s set up to give you an additional 18 button assignments (though the G600 features 20 buttons, the left and and right click can only be customized to swap one another). Labeled as G-Shift, holding this button will shift the all the buttons to an alternative set, so you can run set one with 18 customized buttons and switch to another 18 unique customized buttons. If that’s not enough for you, Mode Switch is another available function, similar to G-Shift in that it allows another layer of programmable buttons, but unlike G-Shift it is toggled, instead of being active only while the button is held. 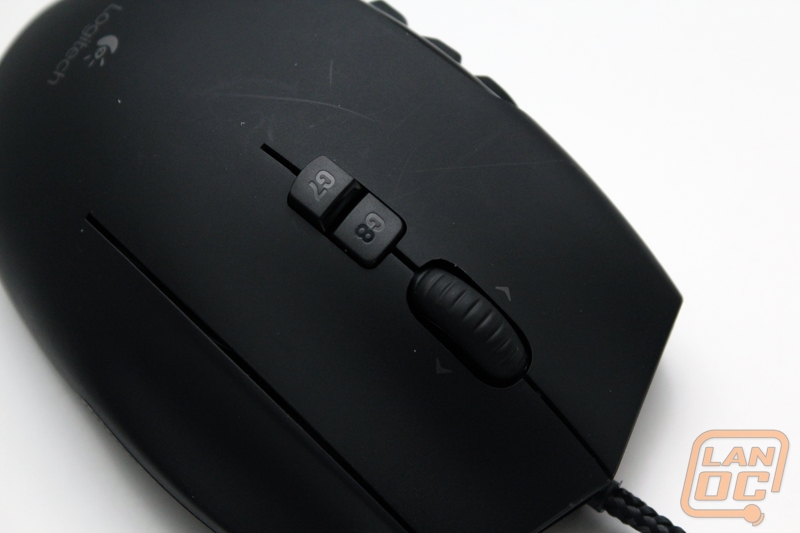 While the side of the G600 is where most of the programmable action is at, Logitech finishes out the 20 button roster with the left/right click (again, only swappable with one another), G7 and G8 which are in the traditional up/down area under the scroll wheel, scroll click and scroll wheel left and right. What the left and right click lack in customization, they make up for in durability. Each has passed a three clicks per second, twenty four hour a day test for a duration of about three months, to rate them for 20 million clicks.

The G600 has several other quality features, including a nice (and soft) cloth braided USB cable (sporting a 1 millisecond report rate), two low friction feet, and memory profiles equipped on board the mouse itself so customization such as button assignments and lighting will travel with you, even to a computer without the software installed. 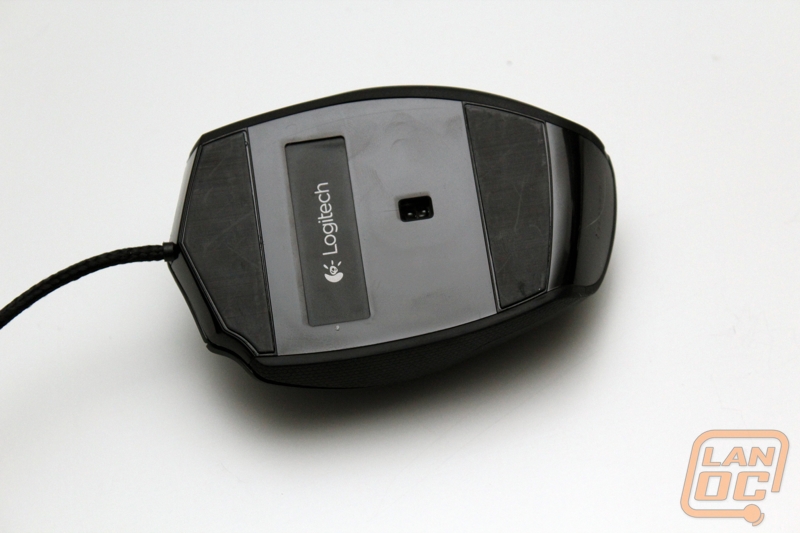 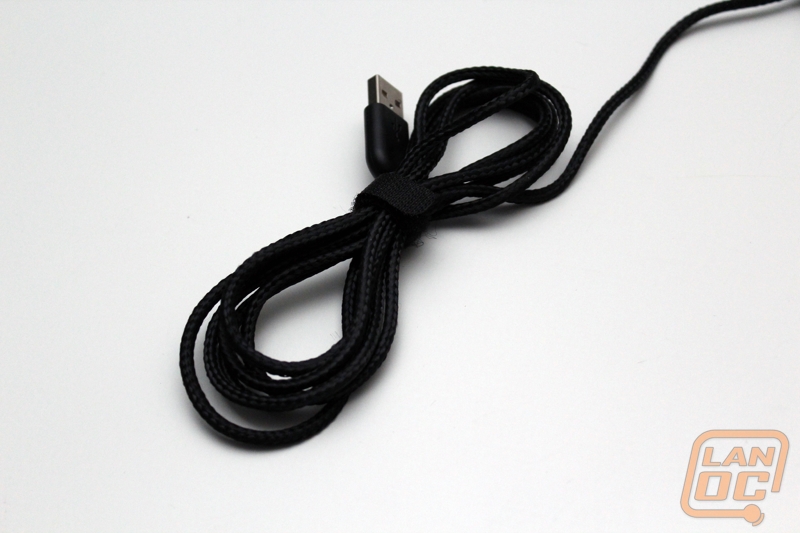 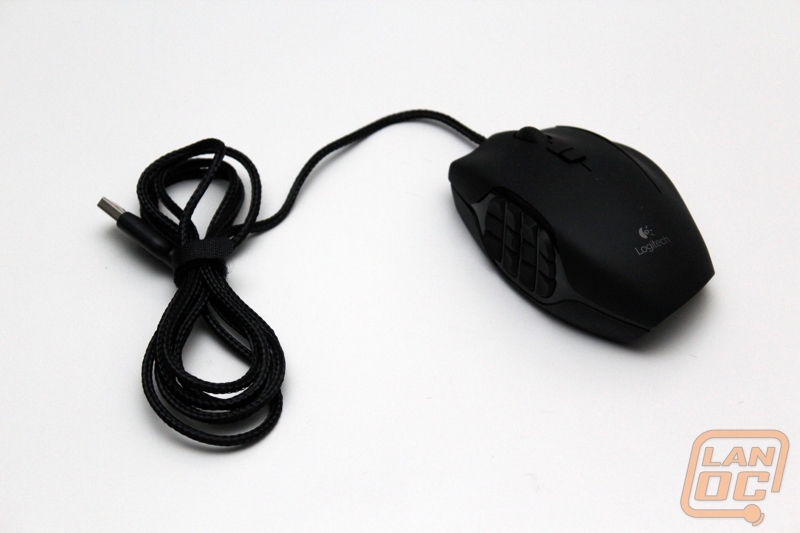 We have 1596 guests and one member online