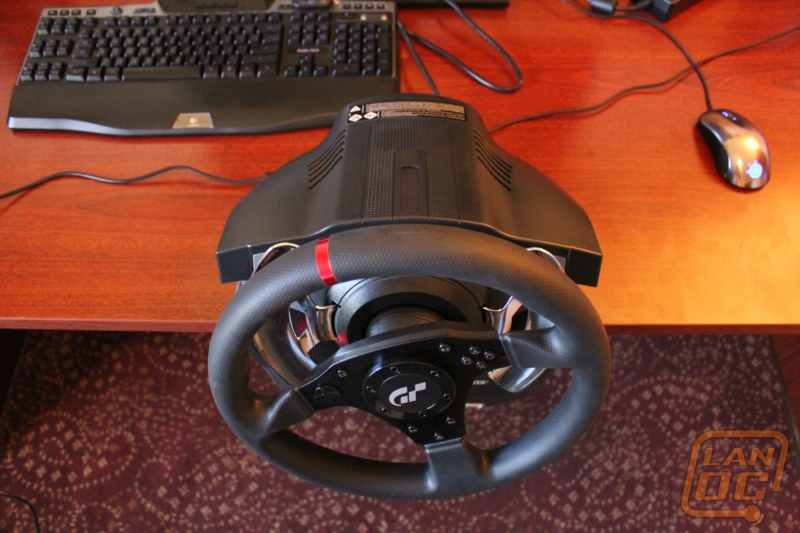 The wheel feels great in the hands. It has a well built quality to it that you can really feel. The paddle shifters let you click off gears in F1 like a mad man. Up shifts and down shifts felt great when you really started to hammer on it. I did a full F1 2011 Singapore race that covered about 90 minutes aka the longest F1 race. Over the course of the race the wheel never seized to amaze me. I found that the stock settings in game were a bit off. I was having to turn the wheel to much. So, I jumped in the options menu. Redid the steering settings and popped back in game and had no more issues.  F1 2011 and Dirt 3 are really made for this game. 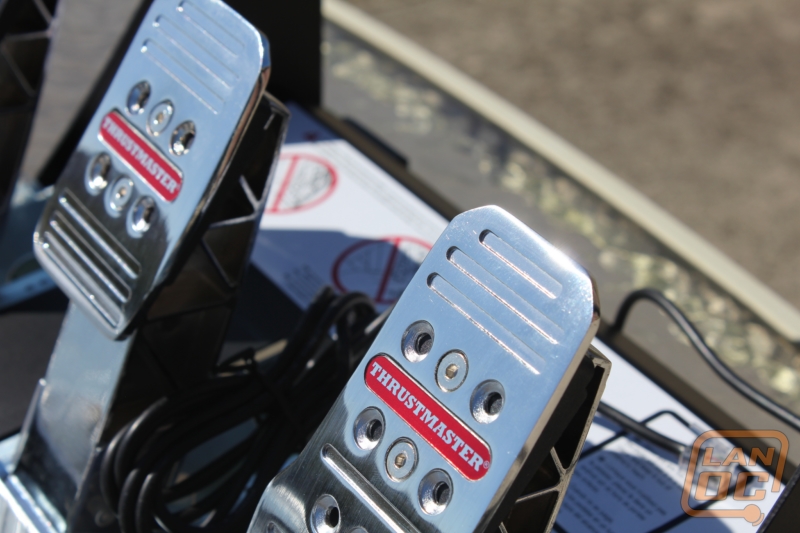 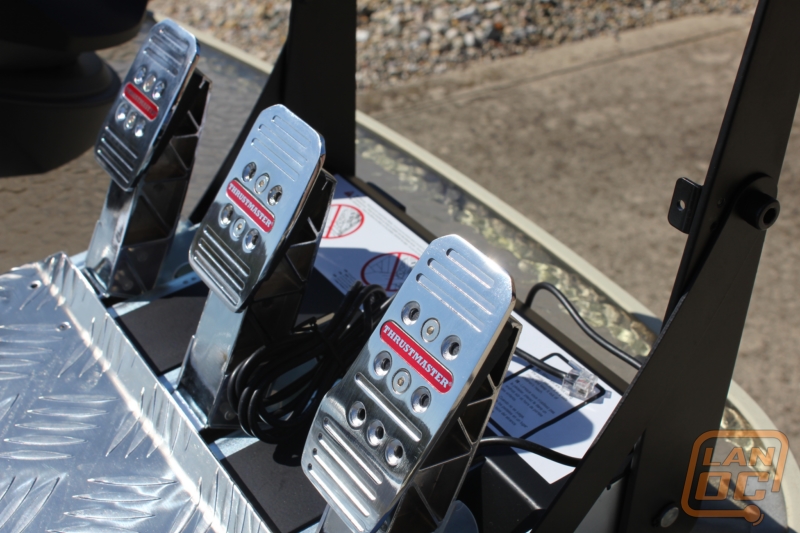 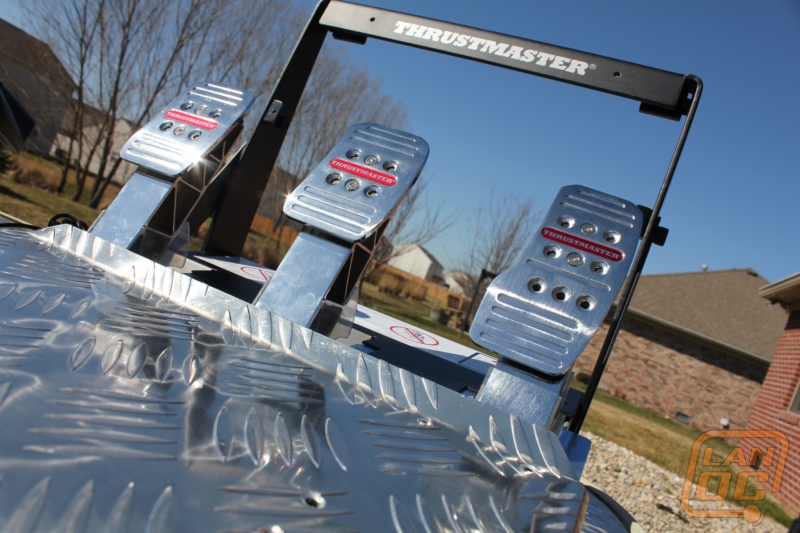 The pedals have rubber feet on them so placing them on carpet will minimize the chance of them moving around. They did tend to move a bit but nothing that I would call dramatic. The pedals can be mounted in to ways, F1 and Rally. Each configuration is dead simple to setup. The overall pedal feel was a bit weird. The throttle feels great. In many games you just punch the throttle at the start and then manage it as you progress the course. The brake pedal was a bit on the stiff side. I noticed after driving for a 90 minute F1 race my leg was tired of jamming on the brake. Now, that may be because I like to drive deep into corners in F1 and then jam the brakes. During the same Dirt 3 gameplay the brake felt more manageable. It seems like it comes down to your driving style and what game your playing. The clutch pedal wasn't used in this review. Although I did notice that it required about as much pressure as the throttle did. 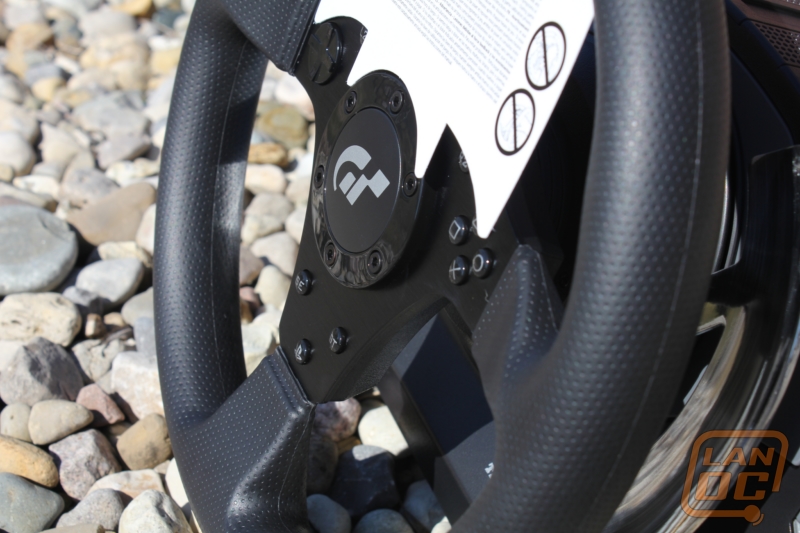 The buttons on the wheel have the standard PS3 layout. These can be mapped out in game to specific requirements. The feel a bit plasticy, that’s not to say there are cheap but they could of been better. What I did like what while driving you can easily find them while still paying attention to the game. Reaching over for your KERS boost in F1 is easily attainable. I never found myself lost or fumbling around looking for what button to press. The D-Pad also works great for navigating menu’s and subsystems of games. It too feels a bit plasticy. They should of went with a metal button. This would of held up better over the long run.

What I wanted to see is once I launched the game could I go into the control setup and select the Thrustmaster wheel with no configuration. Well, I had my hopes a bit too high it seems. 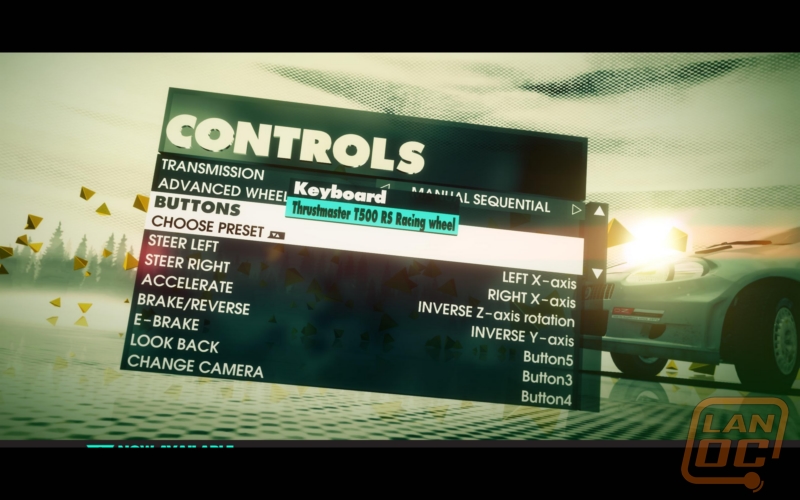 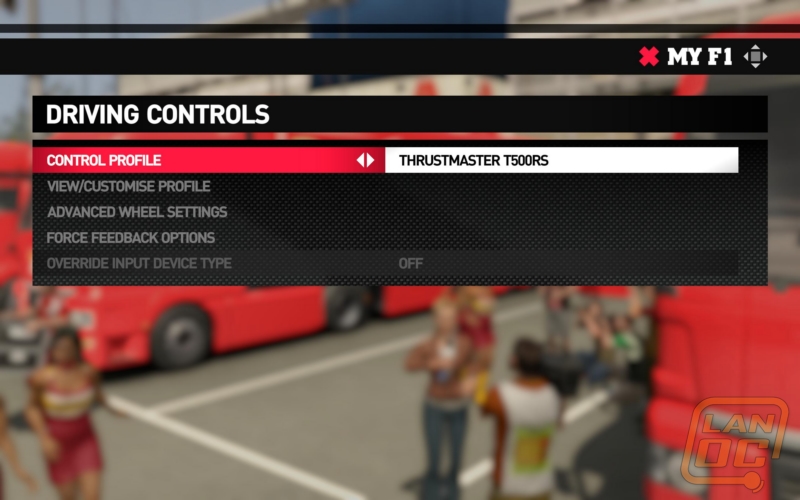 Dirt 3 and F1 2011 work flawlessly out of the gate. No setup, no BS. Just select the wheel and everything is mapped for you. Simple. 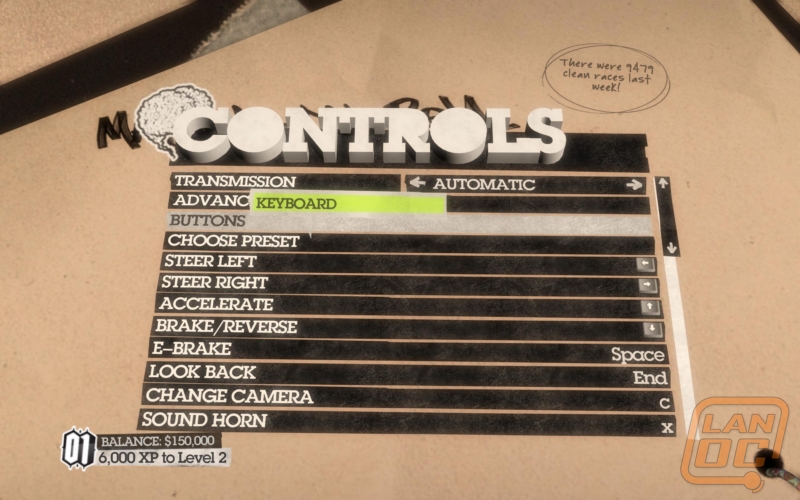 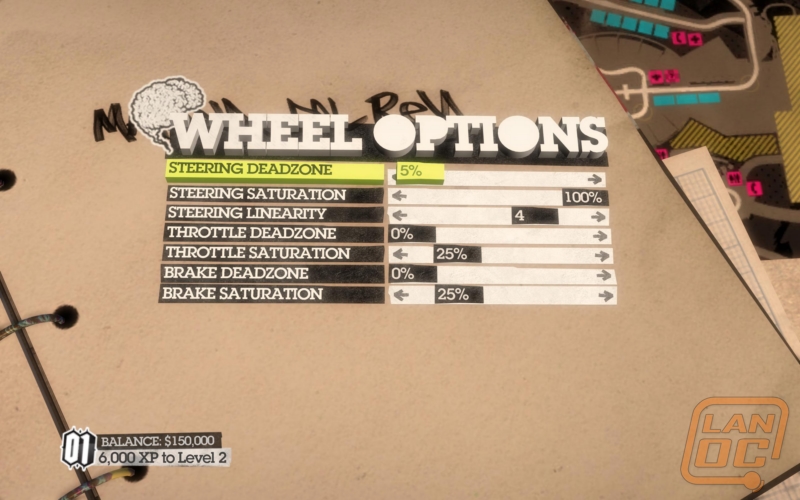 Dirt 2 on the other hand didn't work at all. It showed some wheel settings but didn't give me a default configuration. 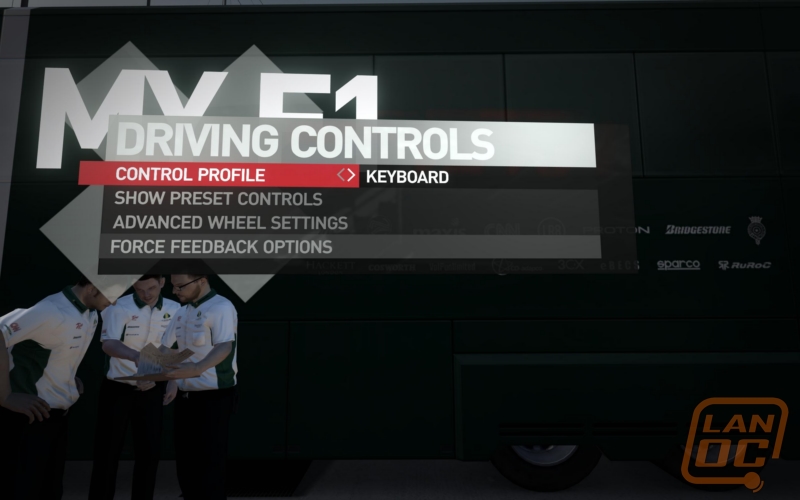 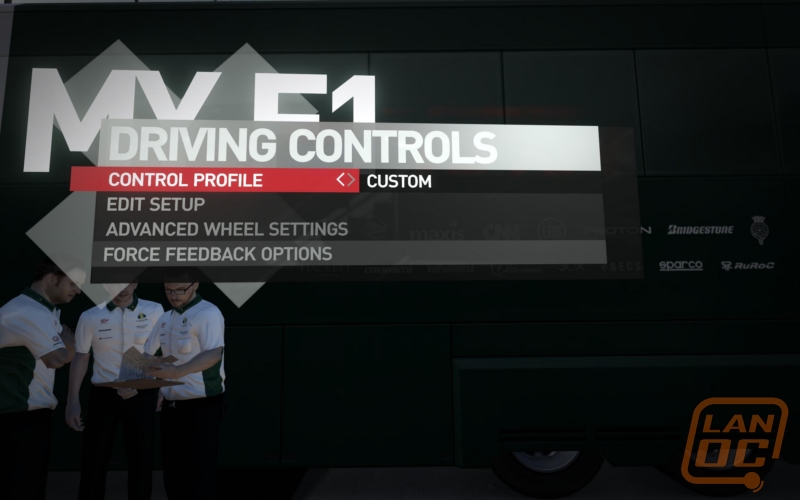 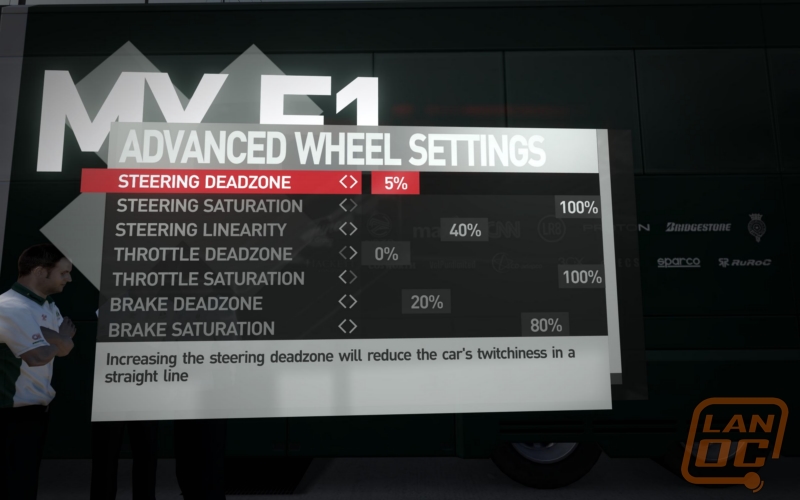 F1 2010 did the same thing. There wasn't a default configuration. 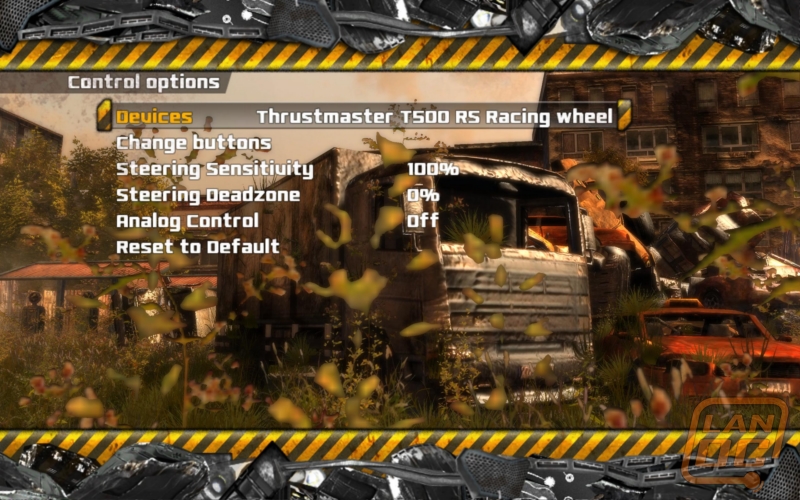 Flatout 3 worked great. Select the wheel off you go. 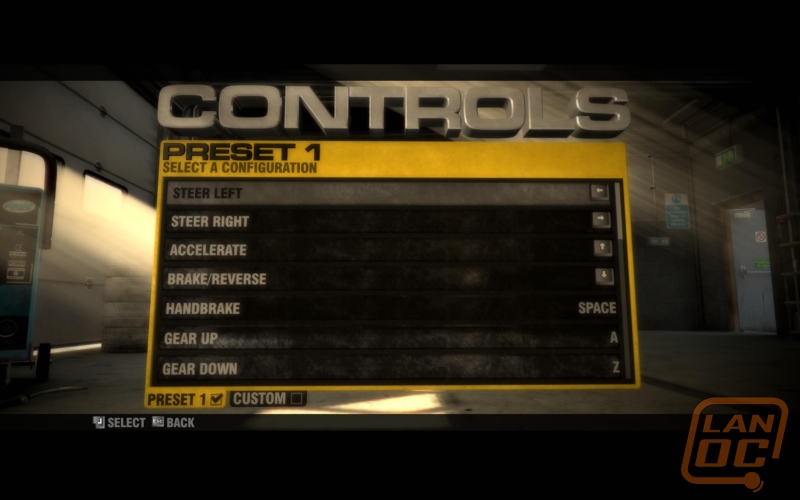 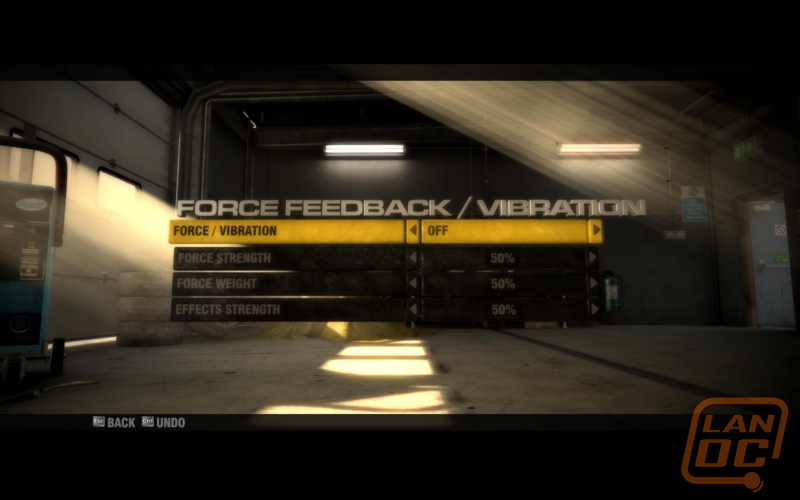 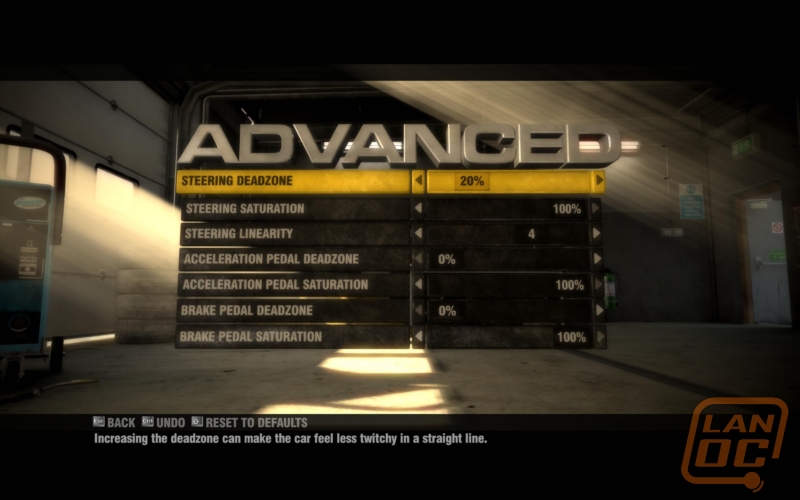 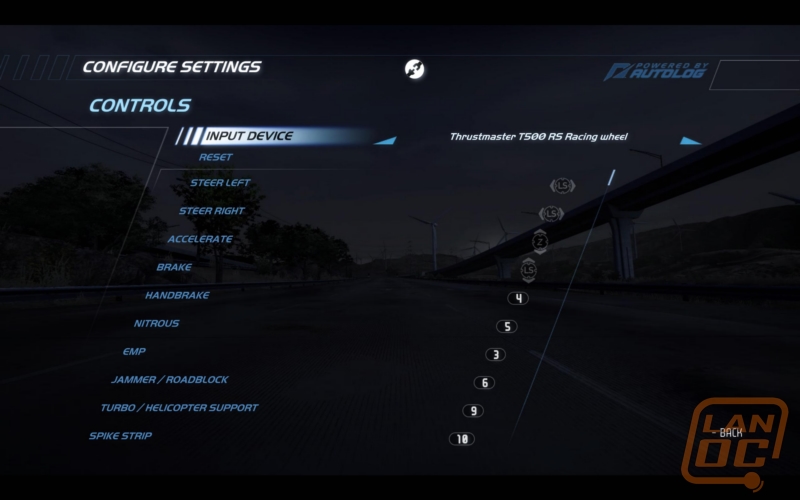 Need for Speed Hot Pursuit didn’t have a default configuration but it did let me set everything up pretty quickly. Strange how it’s showing an Xbox 360 controller sticks. It did work great though. 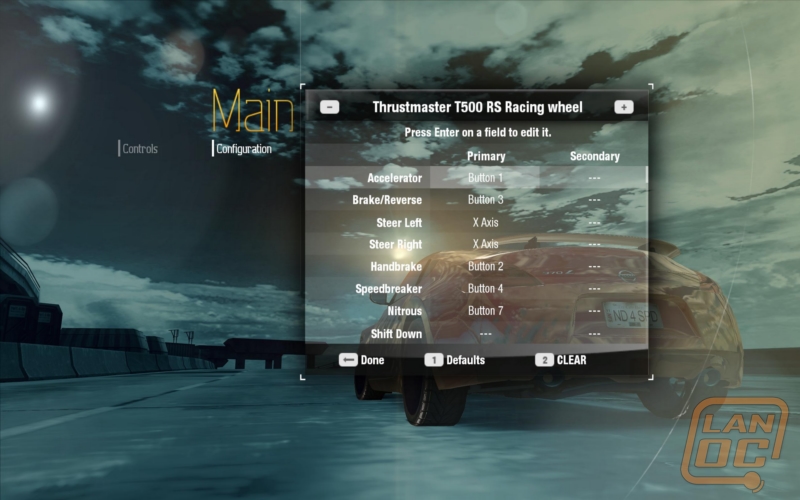 Need for Speed Undercover was abysmal. Nothing worked right but the game is pretty old at this point. I’ll call this a draw.

Now I do realize that every game isn’t going to have a default setting for this wheel but the more that it does have the better off Thrustmaster would be. Its 2012 us PC gamers don’t want to be messing around with configuring settings for our controllers.