Software
The driver for the Black gaming mouse is once again similar to that of the Challenger Pro keyboard in terms of the graphical interface. It is a simple looking design, with customizable buttons calling out on a blueprint of the mouse itself. Three profile tabs line the top of the software, while the buttons at the bottom allow for lighting changes and advanced options, which are DPI and polling adjustments. 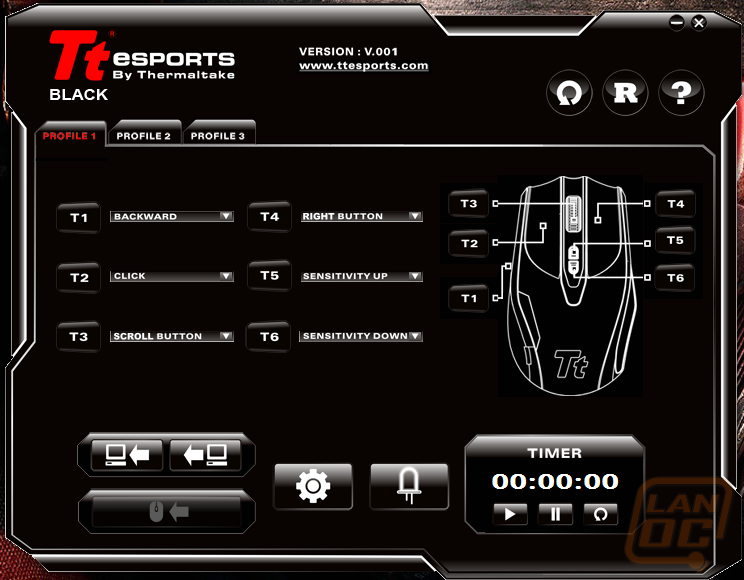 The polling rate can be changed from 125Hz to 500Hz to 1000Hz, while DPI can be customized to the hundredths place between 100 and 4000 (such as 2100 or 3500). Four values can be selected which are then cycled on-the-fly, the mentioned DPI indicator letting you know which level is selected. 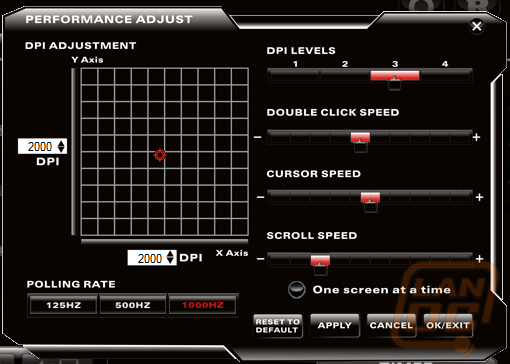 There are more actions available to assign to programmable buttons with the Black gaming mouse than the partnering keyboard, including double-click, select all, and print options. Macros can be compiled and assigned using an identical method however, in which you must record your input instead of directly editing and arranging. The only piece of the recorded macro that can be adjusted is the time delay between key presses. 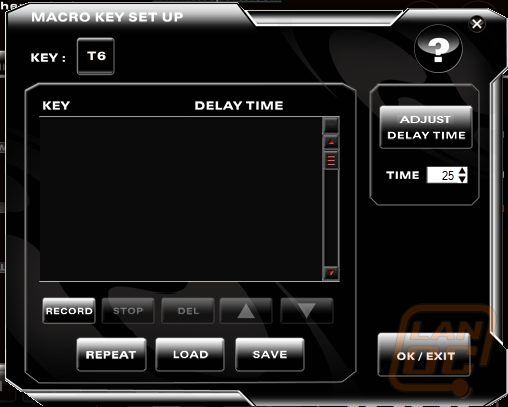 If you read the review for the Thermaltake Challenger Pro keyboard, you know that its software suffered from unusually long load times. Rest assured that the Black gaming mouse is much better at getting you going, taking only a few seconds to complete.

I like the idea of only one button but I'm so used to having two, one for Vent and the other one to go "Back".

The back button is used so much that I don't know if I could live with out it.

I like the style of this mouse though. My G500 is pretty ugly in retrospect.

There was another mouse that you reviewed that had a turbo button mode. That would be awesome for a mouse like this. COD auto pistols, lol.

We have 1221 guests and no members online