A while back, I took a look at a gaming mouse from Cooler Master called the Sentinel. Still to this day I get messages on YouTube asking how I made the video of the Sentinel’s rapid fire. At CES this past year in Cooler Masters' suite, they pulled Adam and I into a side room during our product tour and asked us to put down our cameras for confidential reasons. In that room they showed off a prototype of a new mouse called the Inferno, today finally I have the chance to take a closer look at the Storm Inferno. 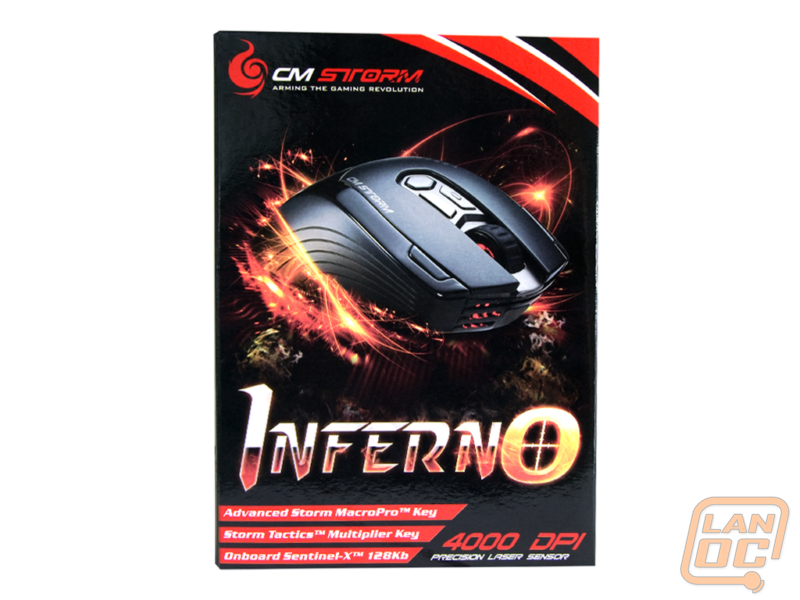 We received our sample early enough that it didn’t come in its packaging, because of that they made sure to satisfy the packing whore in me with a few photos of the packaging. As you can see, the front has the mouse almost busting out with its logo below it. A few notable features are included on the bottom of the front, everything else can be found in the specifications listing that takes up the back of the package. Behind the front door, the mouse is tucked away in a formed plastic shell to let you get an idea of its shape before buying it. Next to the mouse is a picture of the mouse with pictures of each of its most notable features along with more in depth descriptions of each down below. 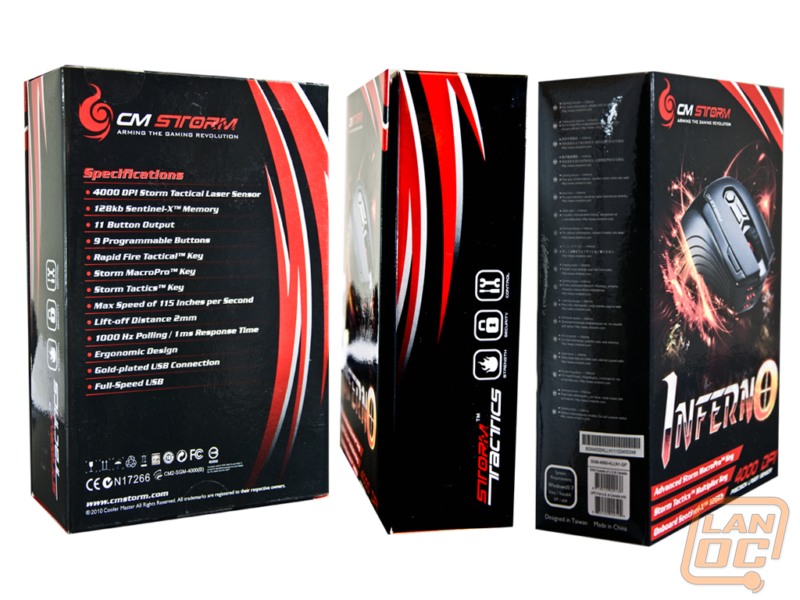 Cooler Master put together the Inferno’s software with a similar design to what we saw with the Sentinel. Everything is broken down with tabs helping you find your way around the vast adjustability. You have three custom profiles along with one default. I found the software to be very easy to use in some ways, but I found a few of the details to be a little difficult. A perfect example of this would be setting up the rapid fire button. This is no different than the last time around, but judging by the weekly requests on how we set up the rapid fire from our Sentinel video, it’s obviously an issue for a lot of people. I do love the ability to record Macro’s and Scripts, and the Storm Tactics can expand the amount of programmable buttons from 11 to 19 by using the storm tactics button as a shift or Fn key. 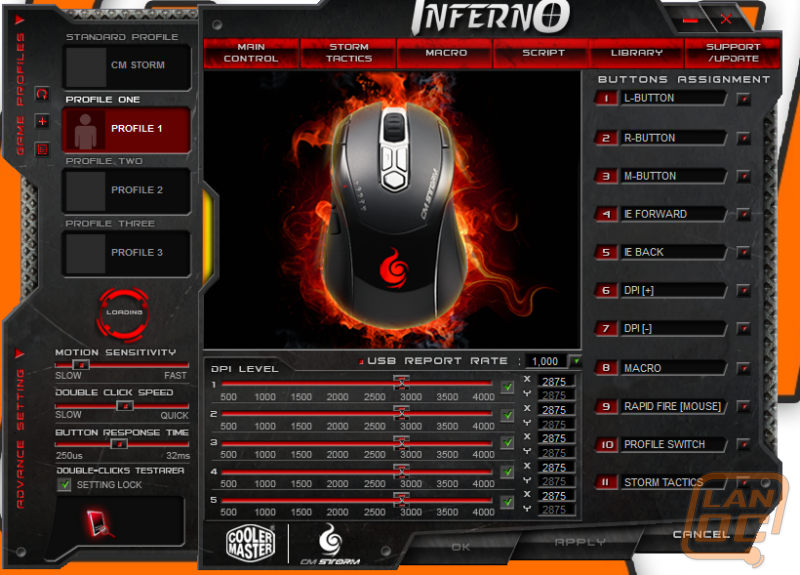 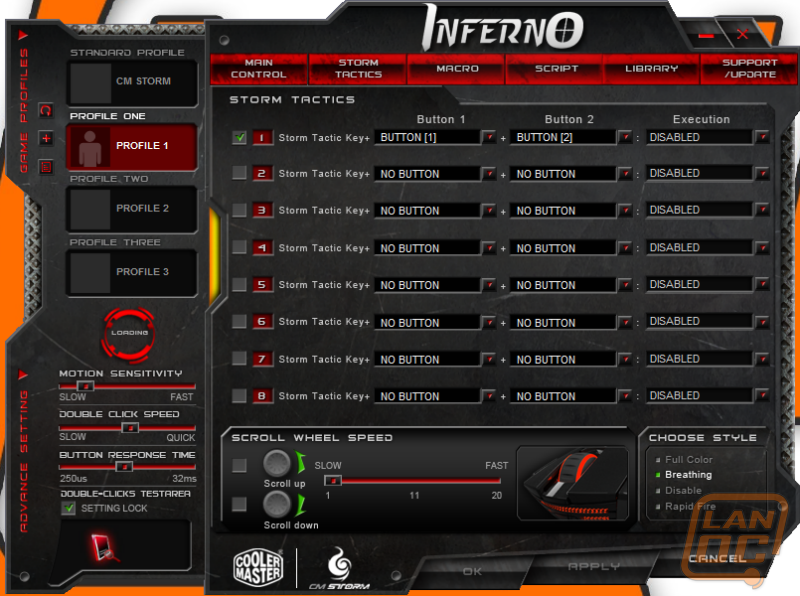 I put the Inferno through our standard collection of testing for mice including photoshoping, gaming, and extended use test. To start things off I used the Inferno while photoshoping a few photos. This test shows how well you can outline details with accuracy. The Inferno did a good job all throughout this test. After messing around in Photoshop I couldn’t wait to jump into some gaming. With StarCraft 2 out fresh I jumped into a few matches, then into some Alien Swarm, ending with Modern Warfare 2. The tracking I saw in Photoshop came in handy in game, making clicking on my SCV’s easy as pie. The rapid fire macro was a blast to play with in MW2 with a sniper rifle or a hand gun, but in the end it was difficult to handle in game, not to mention the fact that most people will call you a hacker.

In MW2 I came across another issue, one that we have seen before. The Inferno suffers from a Z-axis tracking issue, the same that we experienced with the Razer Imperator. That means that when I would lift the mouse up and sit it back down, the mouse cursor would drop down and to the right. I was able to confirm that this issue was not the way I picked the mouse up by flipping it backwards (cord to my wrist) and still having the same issue. I spoke with Cooler Master about this problem but was unable to track down the problem. I will say that in game it’s not noticeable most of the time, I did find that after a while I would have to move the mouse back to the center of my mouse pad. 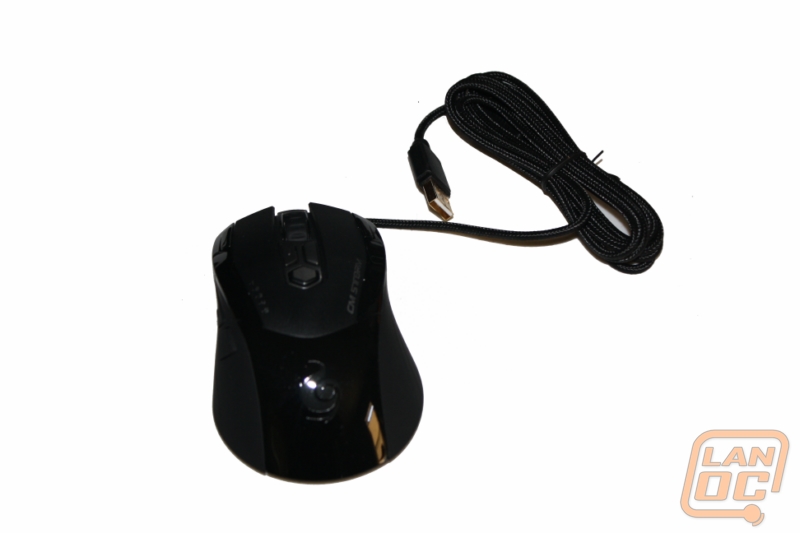 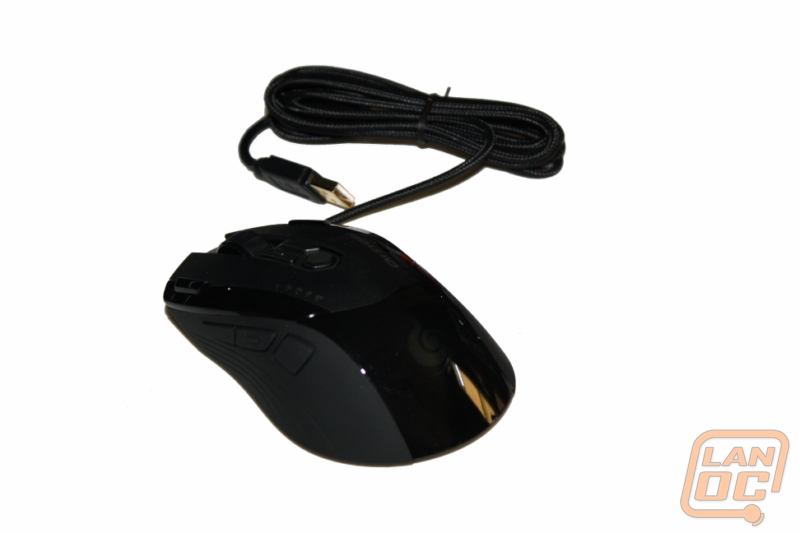 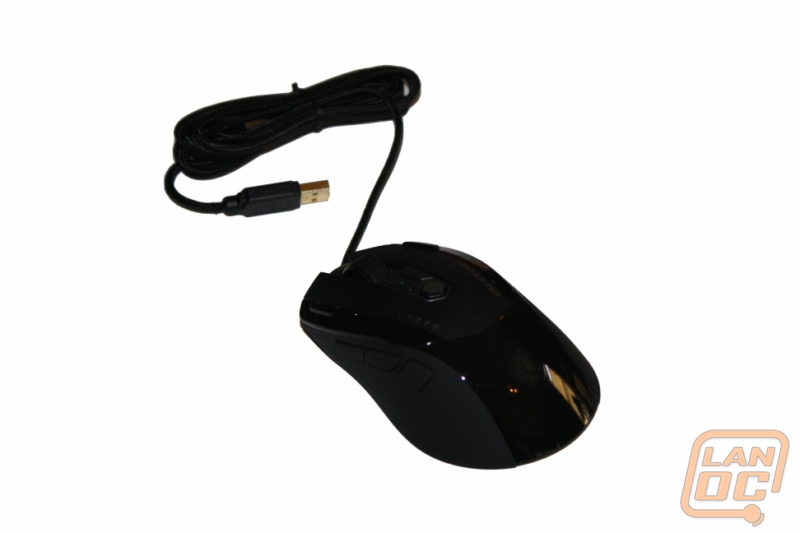 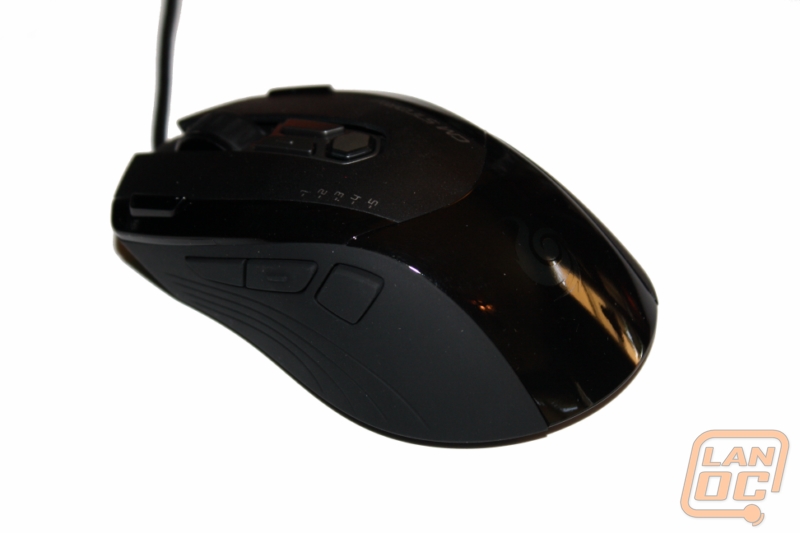 I spent a few weeks using the Inferno as both my gaming and work mouse. That means I spent the better part of that time holding onto the Inferno. Comfort is obviously important and I had a few things that stood out with the Inferno, good and bad. The shape of the Inferno was ergonomic, but the actual comfort level depends widely on the specific person. A close friend of mine Rob from TechGage found the Inferno to be painful, I myself had no such problem. 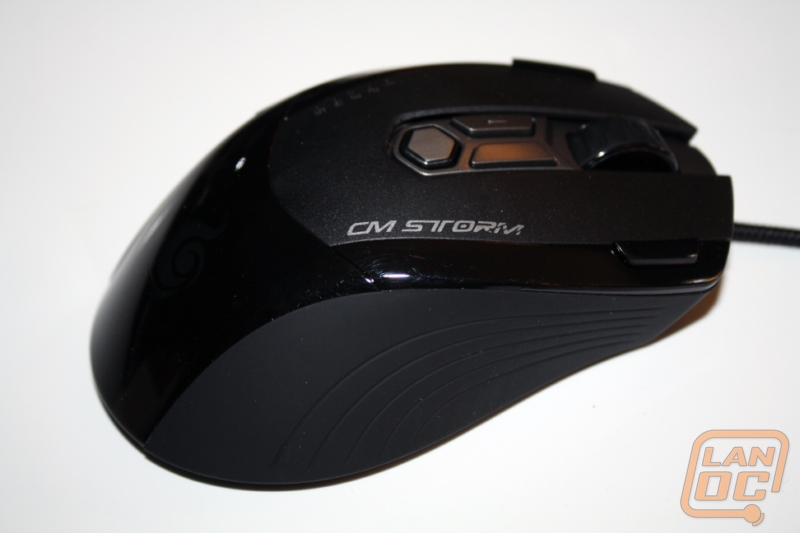 Aside from its shape the other important part about a mouse is the number and location of the buttons. Cooler Master managed to pack buttons everywhere on the model. The left side has three buttons including their tactics button and two others. I found the two standard buttons to be useful, but the tactics button was hard to reach. Up top three buttons can be found, two change the DPI up and down and the third changes to any of the four profiles. The last two buttons I've saved for last because they are my favorites. Cooler Master placed buttons on each side of the standard mouse buttons. I found them to be easy and quick to hit yet still out of the way enough to not worry about bumping them. In between the buttons Cooler Master did slip in a double-width scroll wheel, meaning you won’t have any worries about slipping off when switching weapons. 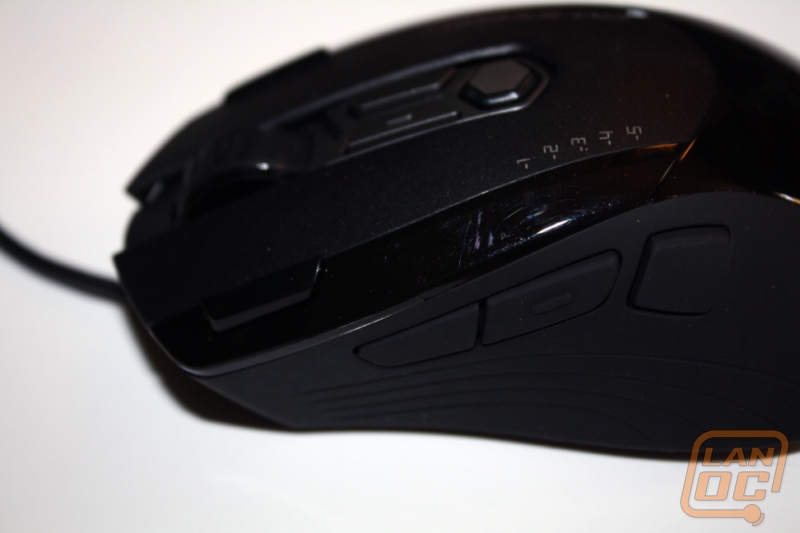 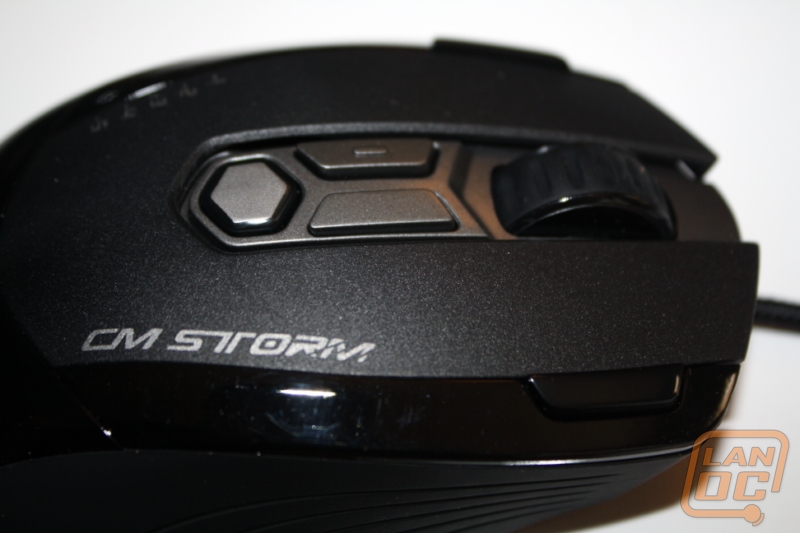 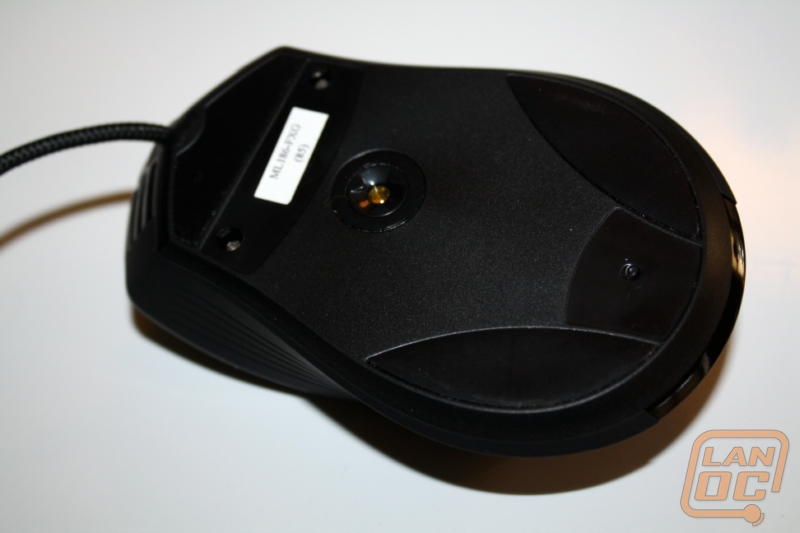 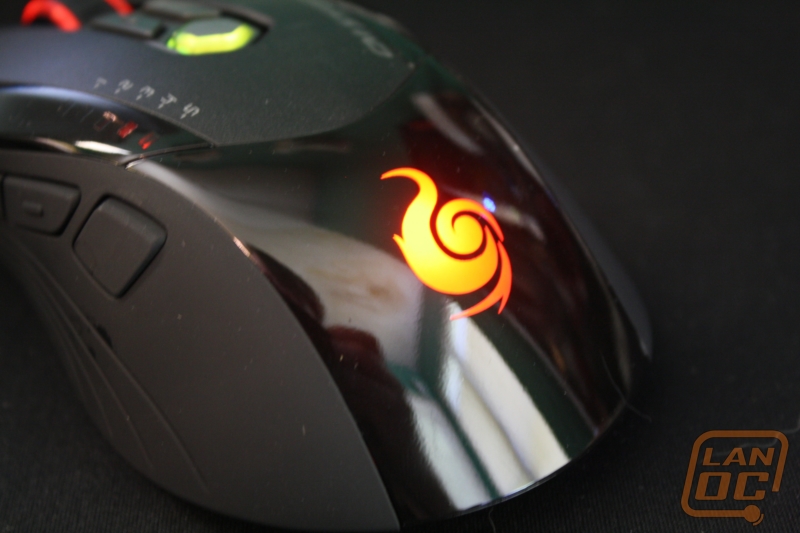 Cooler Master put together a mouse with a focus on gamers just like they have done with everything else from their Storm line. The Inferno was packed full of great features, well beyond what most other mice have. However, the Z-Axis tracking issue was such a large problem to me that I have a hard time recommending the mouse to anyone who lifts their mouse up during gameplay. Its really a shame to see an otherwise great mouse being held back by a flawed sensor design. 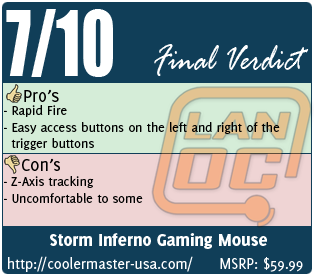 You might call him obsessed or just a hardcore geek. Wes's obsession with gaming hardware and gadgets isn't anything new, he could be found taking things apart even as a child. When not poking around in PC's he can be found playing League of Legends, Awesomenauts, or Civilization 5 or watching a wide variety of TV shows and Movies. A car guy at heart, the same things that draw him into tweaking cars apply when building good looking fast computers. If you are interested in writing for Wes here at LanOC you can reach out to him directly using our contact form.
Discuss this article
Log in to comment
Posts in discussion: Storm Inferno Gaming Mouse