When Cooler Master introduced their Storm product line at the start of this year they came out swinging with products designed specifically for gamers and LAN-goers. The one two punch they call the Sniper and Scout got everyone's attention and they are now backing them up with their first venture into the peripheral market; the Storm Sentinel. The secret behind the Sniper and Scout was Cooler Master working close with pro and enthusiast gamers to fine tune and tweak them until they were perfect. If that same process went into the Sentinel Razer and Logitech may want to listen. 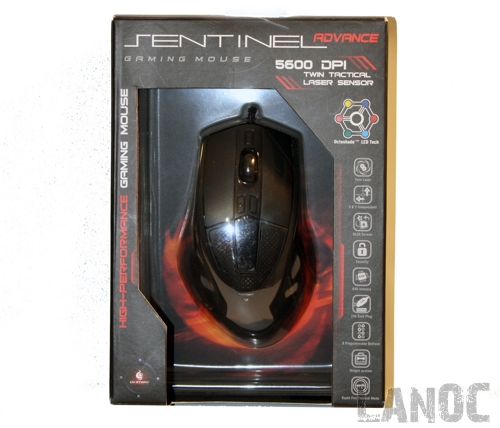 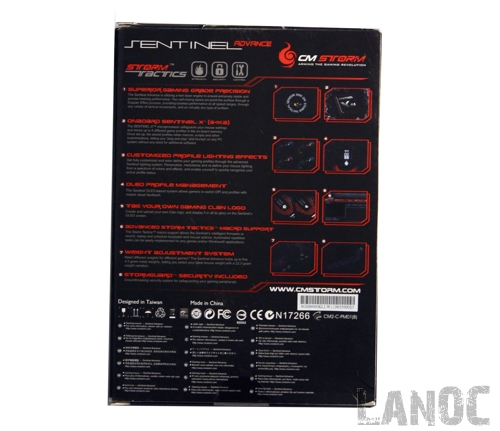 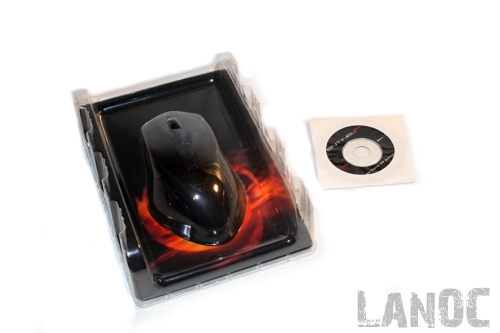 Being the first mouse from Cooler Master Storm I wasn't sure what to expect. I was pleased to see that the front included a large window with access to feel the size and shape of the Sentinel. Also on the front, they included small icons representing each of the Sentinel's features. On the back, those same features had descriptions along with pictures of the features in action. Inside the Sentinel was packed into a clear plastic molded piece allowing it to be visible from the front while still being protected during shipping. Surprisingly there were only two items along with the mouse, the software disc and a PCI slot lock called StormGuard first seen on the Sniper.

The pint-sized disc included with the Sentinel comes with the software needed to get everything going. Also be sure to ether look for the most up to date version before installing, or run the updates after. With everything installed and running I opened up the Sentinel software to see what kind of adjustments they have provided. I was a little overwhelmed by the amount of adjustable items right away. A few notable things on top of the standard gaming mouse features are the ability to adjust the button response time, four different DPI adjustment levels, and a scripts tab. You also have the ability to select the color and pattern for both the LED's under the front buttons and LED's in the palm rest. Another feature that most mice won't have is the ability to upload a 32x32 .bmp with your logo for the mouse to display on its organic LED screen. 32x32px is obviously not very much room so you have to be selective but it is a cool feature. Of course, the icon, colors, and button bindings can be programmed to four different profiles built into the mouse. 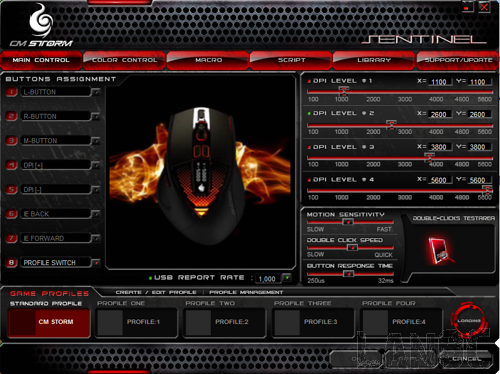 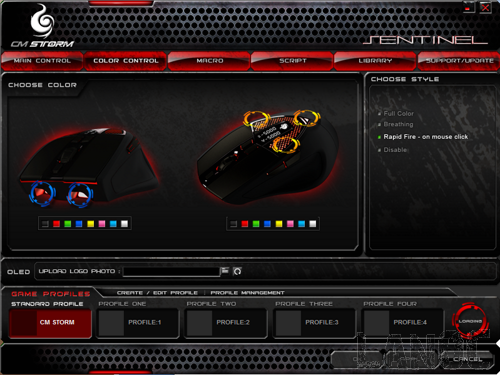 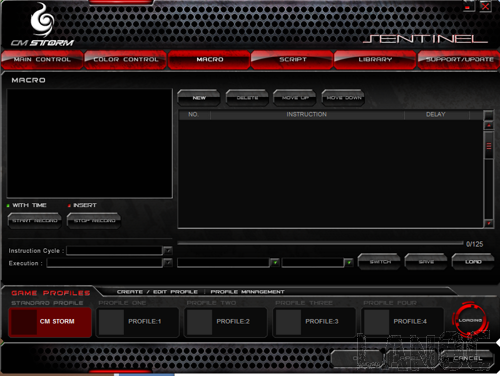 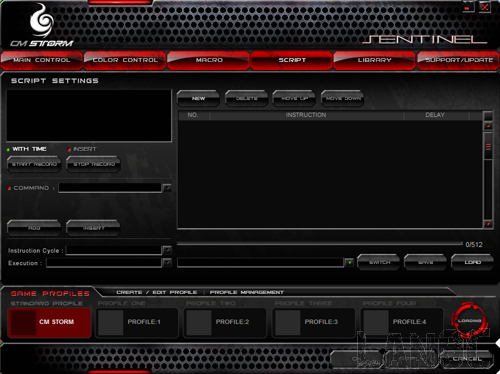 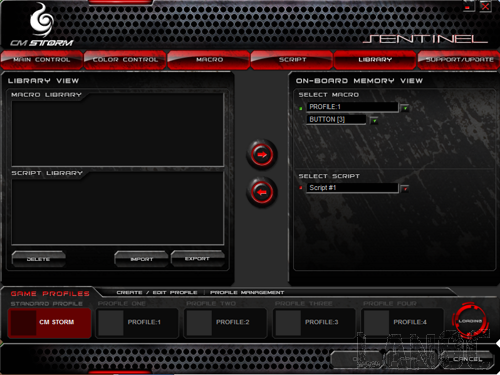 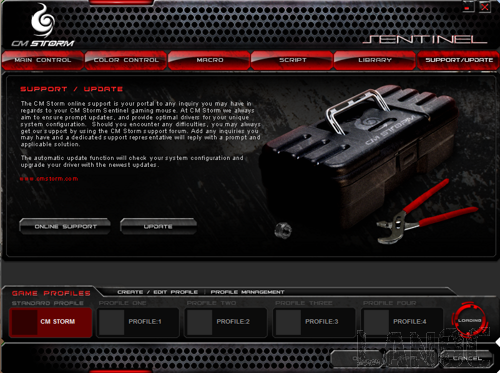 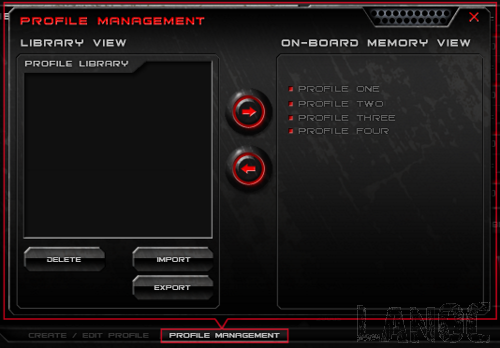 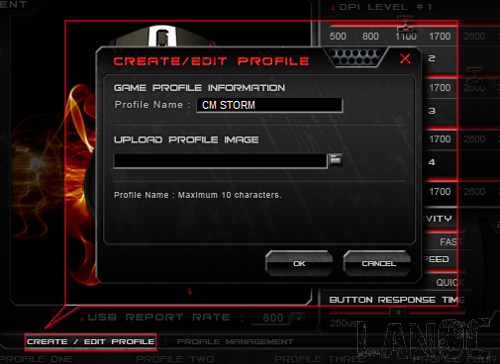 The Sentinel obviously has an ergonomic design but is it comfortable? I found the shape to be comfortable overall but it was a little on the long side. Its shaped reminds me of a long version of the SS Ikari mouse that I reviewed earlier this year. Both of the trigger buttons were easy to get to as well as the scroll and the two buttons behind it for adjusting DPI. The thumb button towards the rear is perfectly placed and comfortable but the forward button is a little hard to reach for me. The same goes for the Profile button in front of the scroll wheel, but that is one button I don't want to easily bump into. The Sentinel also has a satin finish over most of the outside to help you keep a grip in even the most intense fire fights. Overall the Sentinel is comfortable but someone with big hands in my opinion. 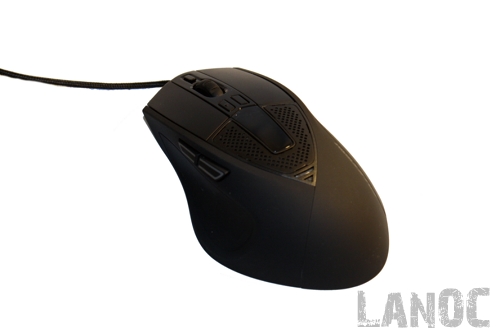 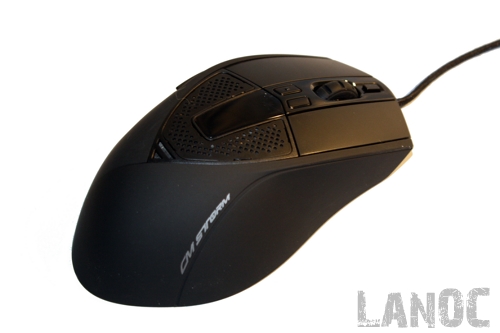 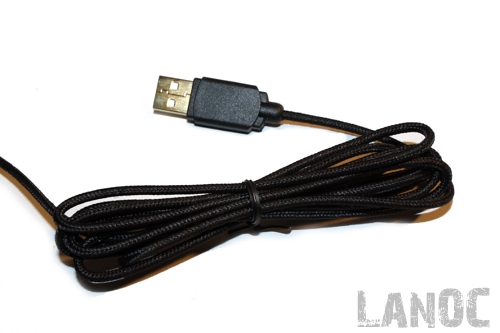 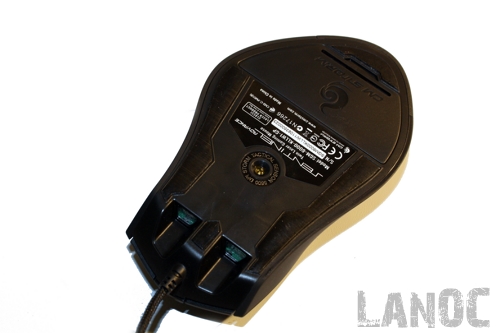 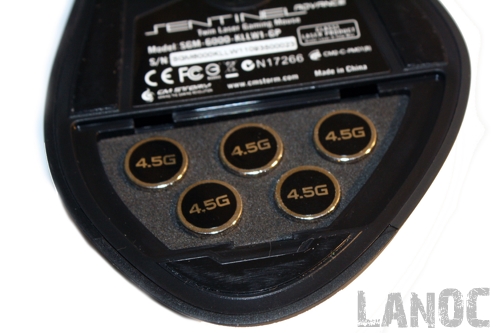 The Philips twin Doppler laser sensor used in the Sentinel was designed with precision hardware based on medical applications. What does that mean for the average gamer? Most mice are based on sensors designed for your average mouse, the Philips twin Doppler laser sensor is more accurate giving you better gaming performance. To put that to the test I cranked the DPI all of the way up to 5600 (I normally run around 2200) and jumped into a few TF2 games. With the sensitivity turned up so high I was able to tell right away that the Sentinel is very accurate, the downside to this of course was I couldn't blame my bad game play on anything but myself! In COD4 I found myself messing around in the software settings trying out different features. The rapid fire mode was fun to play around with a pistol, turning a . Outside of gaming the Sentinel was easy to use, even when working on projects in Photoshop. The software included the ability to bind the keys to load multimedia applications quickly outside of gaming. 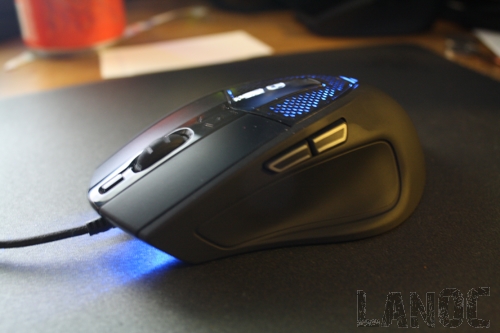 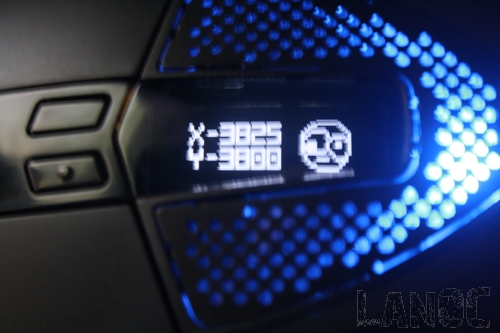 Sorry, this is a little blurry, the screen really does look amazing in person. 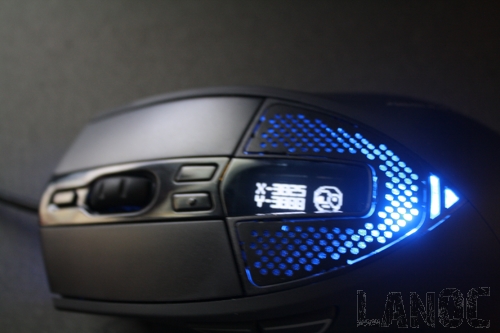 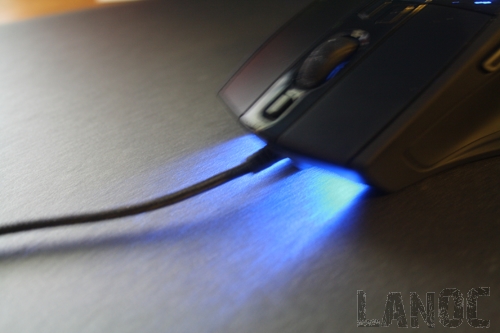 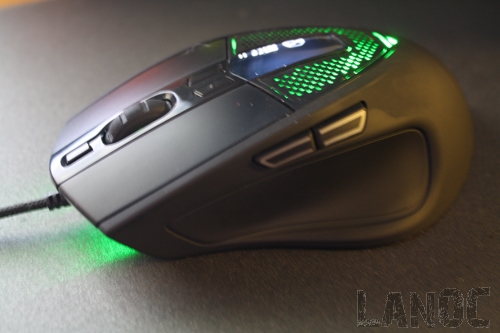 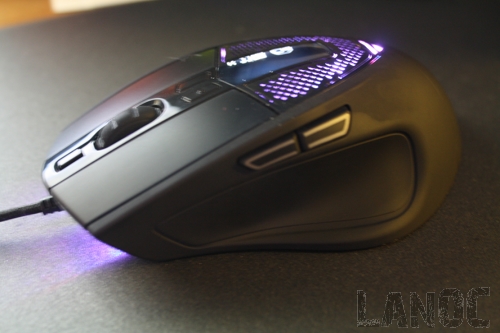 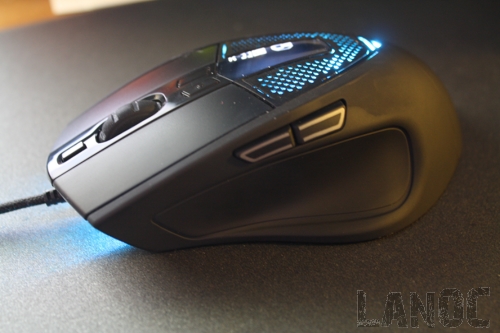 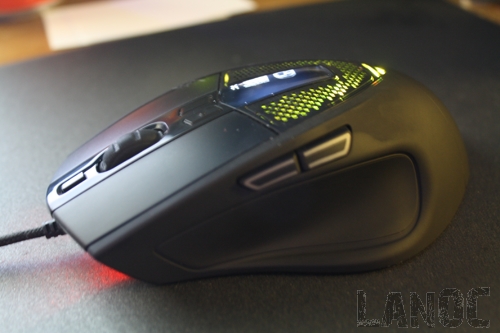 Here is a video of me playing with the rapid fire option. I had to use the HDFlip to record it, when using X-fire to capture it slowed down my PC enough to require me to slow down the rapid fire; not really giving it justice.

So Cooler Master set out to change the market with the Sentinel, their first gaming mouse. I would say they did a great job, it may not be ground breaking per say. But it does match mice like the G9x and the Steel Series Ikera, all while being priced considerably less. I was a little disappointed that Cooler Master didn't include the ability to sense what games or programs you are using and have specific key binds for each, this is a feature Razer and Logitech have perfected and it can make your life a little smoother. Past that my only real complaints were the lack of side-scrolling and they didn't include a way to store weights if you decide to lighten the mouse. The amazing lighting effects and Organic LED screen both make up for those issues. In my opinion, the Sentinel is bar none the best value in gaming mice right now. It may not be perfect but it makes up for it with great features and a competitive price. 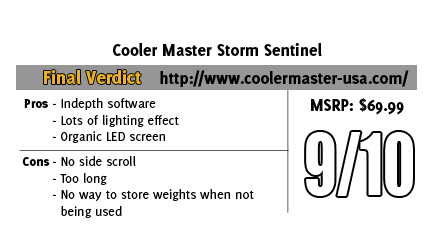 You might call him obsessed or just a hardcore geek. Wes's obsession with gaming hardware and gadgets isn't anything new, he could be found taking things apart even as a child. When not poking around in PC's he can be found playing League of Legends, Awesomenauts, or Civilization 5 or watching a wide variety of TV shows and Movies. A car guy at heart, the same things that draw him into tweaking cars apply when building good looking fast computers. If you are interested in writing for Wes here at LanOC you can reach out to him directly using our contact form.
Discuss this article
Log in to comment
Posts in discussion: Cooler Master Storm Sentinel

We have 1536 guests and one member online