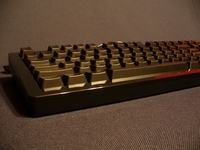 Considering how everyone has a different idea of what is perfect for keyboards its really not a surprise that so many companies claim to sell the ultimate keyboard. Of all of those keyboards there is only one that is rumored to improve your typing ability. All at the same time using some of the best possible components to give you the durability any hard core computer geek will need. Das Keyboard have been around, they have recently released their third design on the Das Keyboard. They now sell two different models. One standard Das Keyboard without key letters; this is what put them on the map. The other keyboard is of the same construction, but with letters on the keys incase you aren't into the idea of touch typing. Ether way you are going to get a keyboard that is known for its quality mechanical keys. If you are a fan of laptop keyboards, or have a S/O that you might keep up with clicking keys this may not be the "ultimate" keyboard for you. I myself love to drive my wife nuts and have been known to wear the letters off of keyboards in the past; we are going to find out if the Das Keyboard is the one for me. 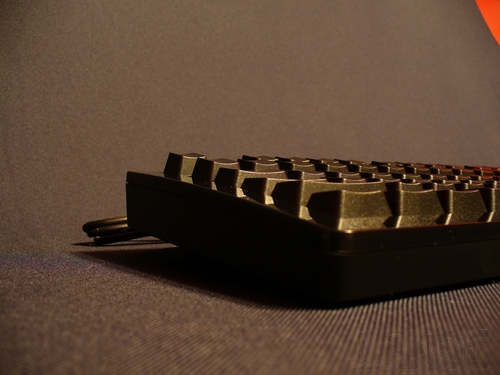 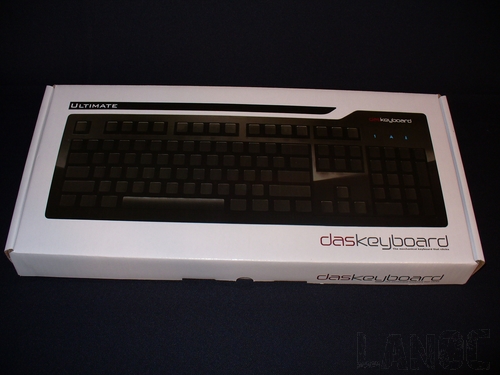 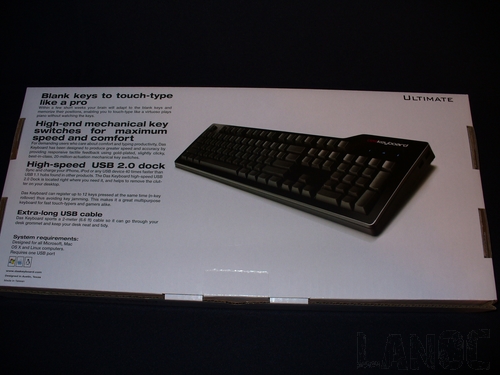 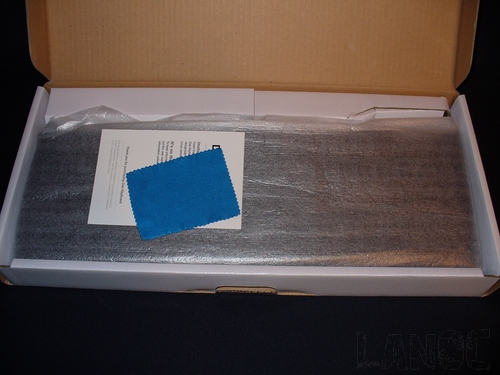 Das keyboards are well known for being simple but effective. You could see that also with their packaging. It was basically a gloss white box with a almost full size picture of the keyboard on the front. On the back there isn't any fluff, they list off in big letters the four main features along with another picture of the keyboard. The features are for those that can't read in the picture 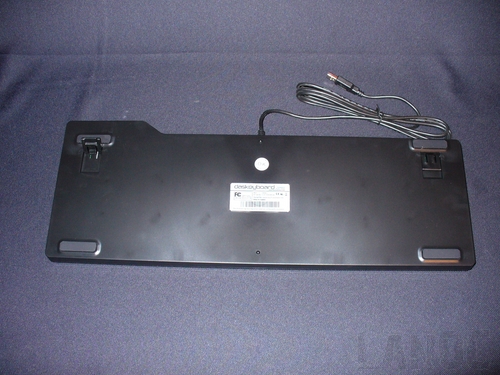 I think everyone has installed a keyboard before. The Das Keyboard is USB so it is as simple as plugging into a free port. They have included two USB 2.0 ports on the keyboard itself if you need a USB port at your desk. There isn't any software needed to use the keyboard making the installation that much easier. 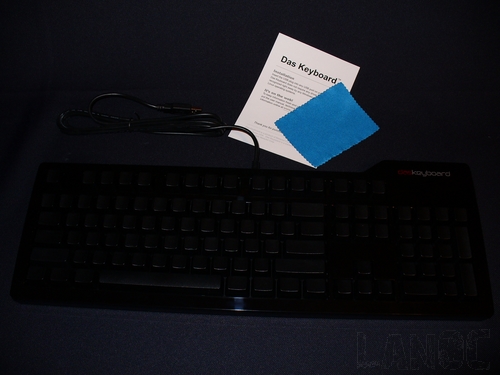 As soon as this keyboard came in I hurried up to get it setup so I could use it. Part of this way just the excitement of trying out the infamous Das Keyboard and seeing how well I could type without letters on the keys. But a good portion of my haste was because I knew there would be a learning curve. My first impression of this keyboard to put it bluntly was "sex". The mechanical keys felt amazing, every click felt accurate. They require a firm push, but much less than I expected from the mechanical keys. Once I got over the amazing keys I realized that I wasn't hitting the correct keys, and had no idea where I was. Ironically very similar to my first sexual experience lol! My typing style is a combination of pecking and traditional home keys. Meaning that in order to use this keyboard I would have to change my style up. 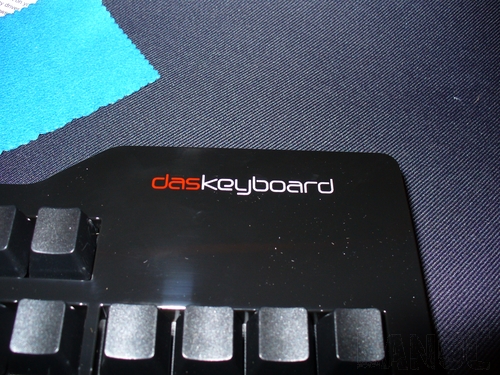 After some time with the keyboard I found it growing on me more and more. The keys still have that amazing feel, and everyday I have less and less trouble with it. You only notice the missing letters when you go to put in a password or CAPTCHA. If you cant see the keys it can be tuff to hit the right letters that its asking for, or in the case of a password when everything you type comes up like this ********* and you mess something up you don't know what you did wrong. Both of these problems would be better once you really go used too the keyboard (more than I have I mean). Other than that the keyboard worked well in games as long as you remember where WASD is lol. I think with even more time you will reach a point where you don't have any problems at all. I didn't notice my typing speeding up, I think that has to do with it already being fairly fast. I did notice that a type with a little more form when using the Das Keyboard now. 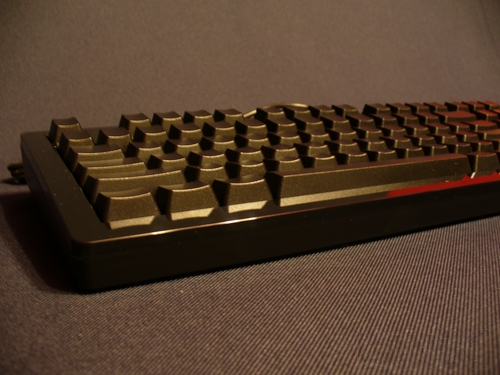 When it comes down too it, a lot of companies are adding led lighting and other features trying to get peoples attention. The Das Keyboard Is the first keyboard that I've seen have such a reputation (even a Wiki HERE) without needing to add more features. You couldn't go wrong with ether of the models sold. Ether way you will end up with high quality mechanical switches and a non flashy keyboard with a little bit of style. The Ultimate (the one that doesn't have letters on the keys) will improve your typing skills and impress your friends. The only issue I ran into with the blank keys is when you are putting in a password or a CAPTCHA. Even with everything good to say about this board, you will defiantly be paying for the quality. With a MSRP of 129.99 this isnt your everyday keyboard, its an investment. The USB 2.0 hub built in is a nice feature, it makes it much easyer to plug in your mouse and charge your ipod. If you are looking for a quallity keyboard without all of the BS this is defently for you, you just have to decide if you want to rock the blank keyboard or wuss out and get letters. 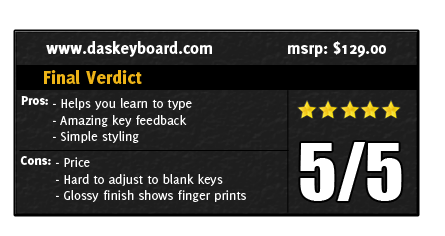 You might call him obsessed or just a hardcore geek. Wes's obsession with gaming hardware and gadgets isn't anything new, he could be found taking things apart even as a child. When not poking around in PC's he can be found playing League of Legends, Awesomenauts, or Civilization 5 or watching a wide variety of TV shows and Movies. A car guy at heart, the same things that draw him into tweaking cars apply when building good looking fast computers. If you are interested in writing for Wes here at LanOC you can reach out to him directly using our contact form.
Discuss this article
Log in to comment
Posts in discussion: Das Keyboard

We have 491 guests and one member online