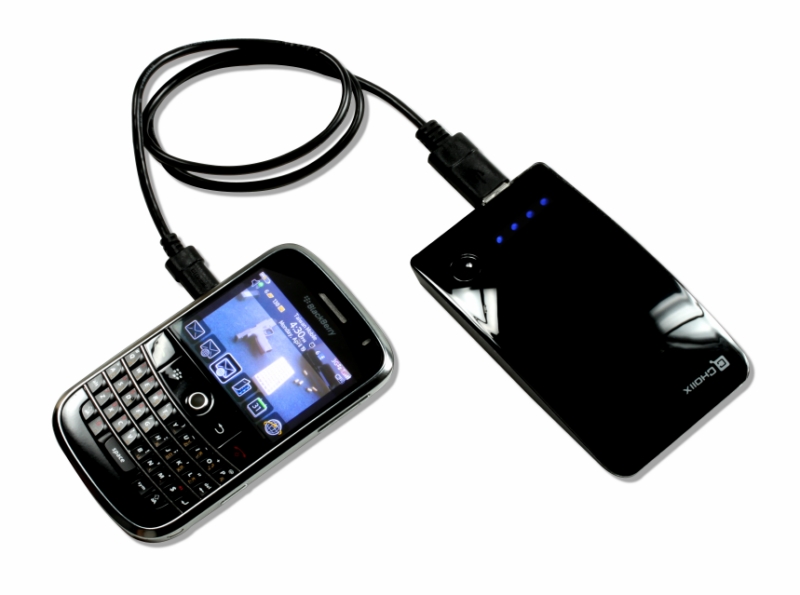 Choiix packaged the Power Fort in a clear plastic box. Inside you can see both the power fort and a 2nd box with all of the decoration/information. All of the good information is around back including specifications, features, and a list of the package contents. Inside the box, they have hidden two felt pouches for the power fort and its collection of accessories. Along with the pouches, they have car and ac adapters that work with the USB cable for charging the power fort. You also get a full collection of adapters for the A/C adapter for use in almost any country. The standard version doesn’t come with the a/c and d/c adapters, you are stuck charging off of your pc’s USB port. 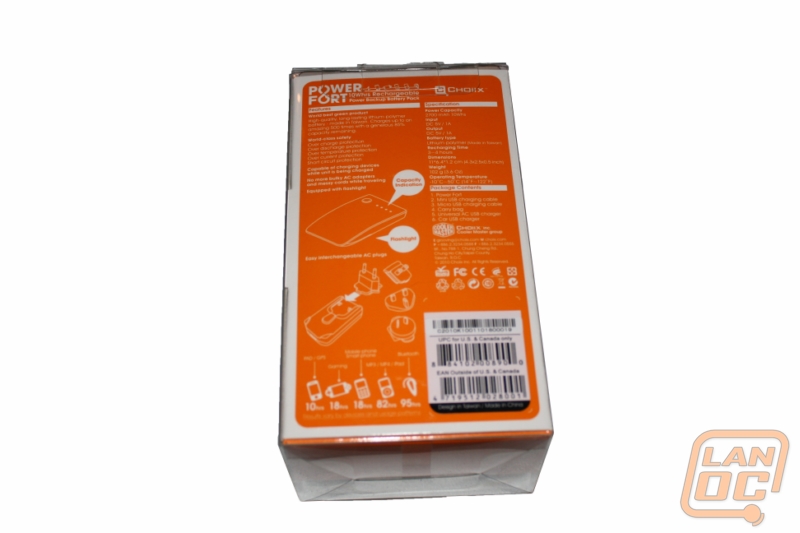 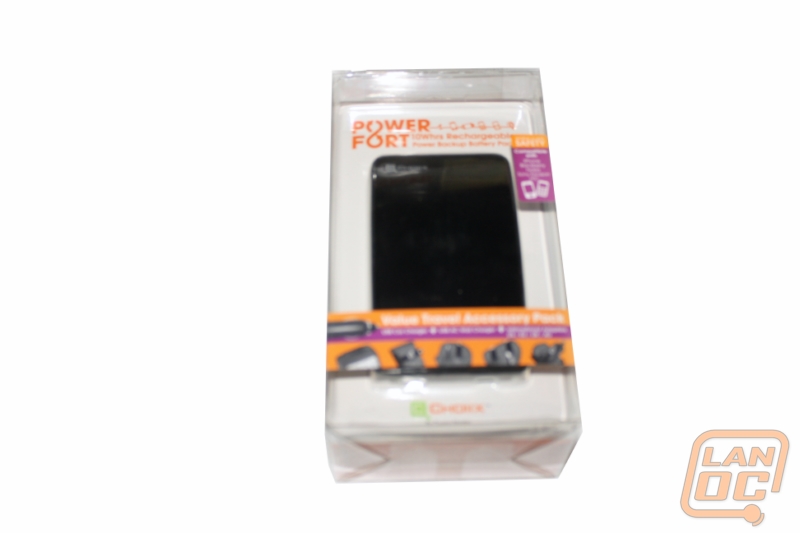 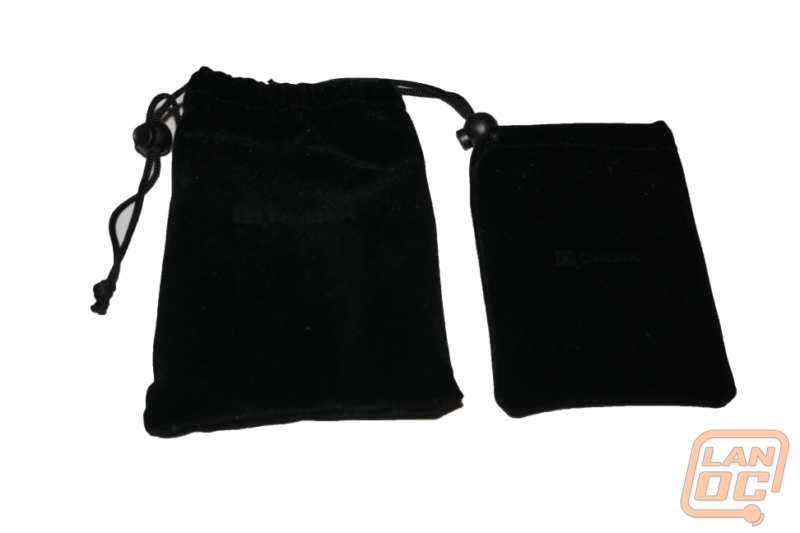 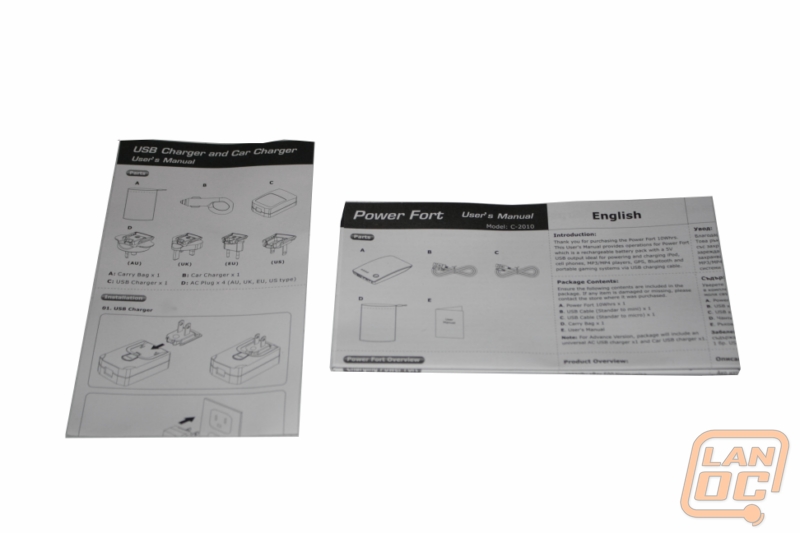 To get started on my testing I had to charge the Power Fort up before I could get started. I decided to use the power adapter, although I could just as easily charge it in my car, or on my pc/notebook. To make sure it had a full charge I let it charge overnight (total charge time is said to be 3.5 hours to a full charge). I am always fighting with my phone battery dying quickly; it was only a matter of time before I would need to charge it when I was away from a plug, a perfect chance to try the Power Fort. 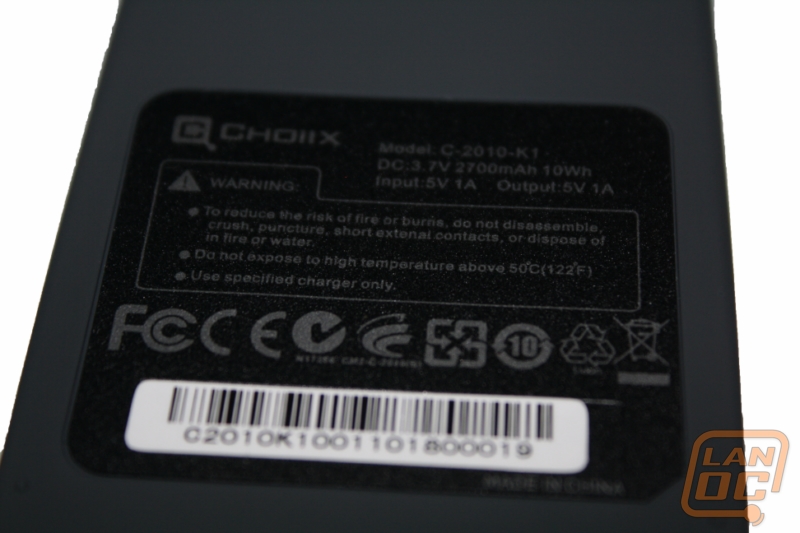 The next night I found myself sitting with a dead phone battery and the Power Fort with a full charge. Plugging the Power Fort in was easy, and because it comes with a cable for micro-USB, most new phones will work with it, including my Droid Incredible. Right away my phone recognized that it was plugged in and I let it sit and charge. I came back to it later to find my phone fully charged and ready too go. Choiix’s documents say that you can expect around two and a half charges for your smart phone, two DS or PSP charges, four Mp3 player charges, and six Bluetooth earpiece charges. Even with just one charge the Power Fort is helpful. In my testing I was able to get two full charges, barely. It will depend each time on the device you are using; I wasn’t surprised to see that my power hungry phone fell under the average. 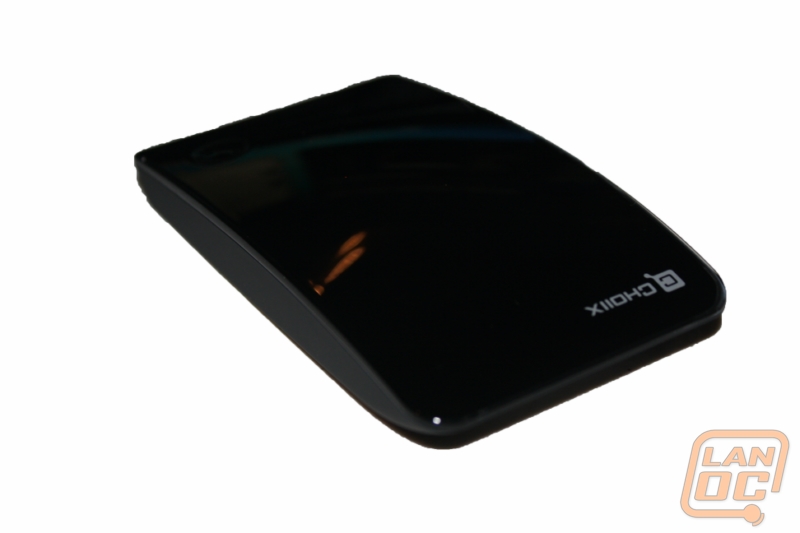 On the Power Fort itself you have one button and a collection of lights hidden under the front lip. The lights are a flash light that is turned on by pushing the button twice in a row. The button also has the ability to show you how much battery charge you have left. It shows you with four blue LED’s next to the button, each representing 25% of the charge. 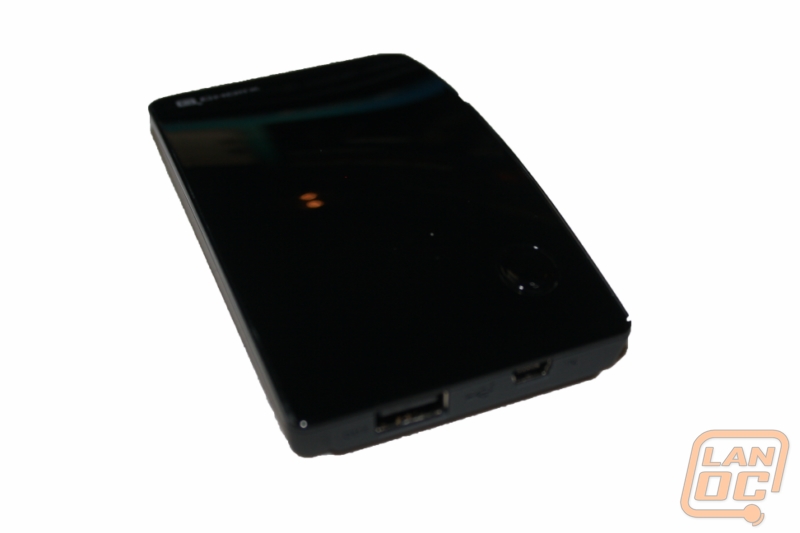 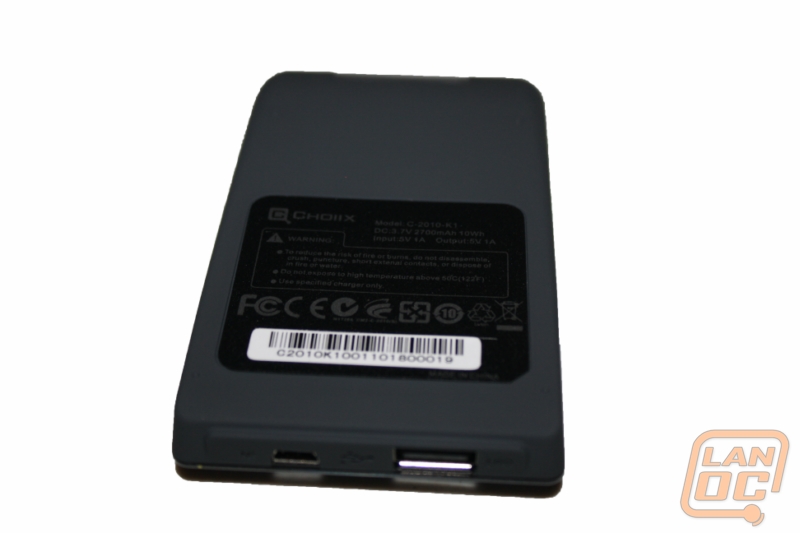 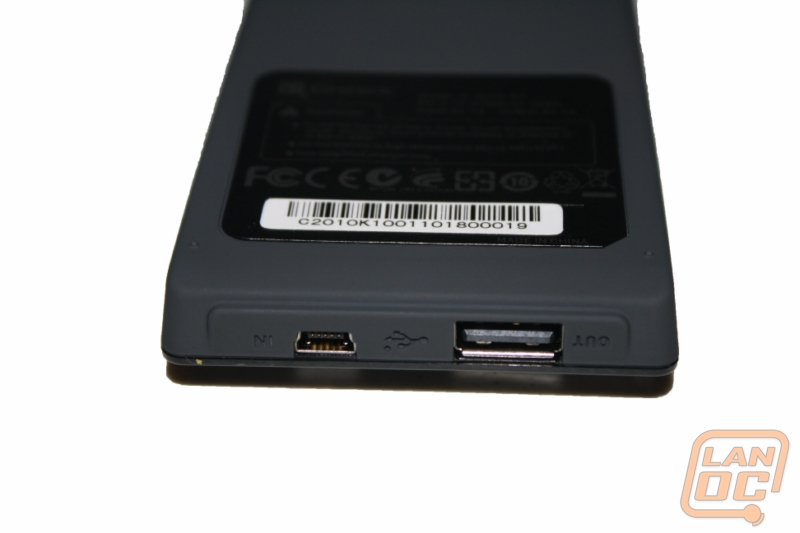 The ability to be able to charge your mobile devices on the go is a requirement for some people. Imagine a car trip with your kids where their DS dies 6 hours away from your home or hotel, it’s not a situation I would want to be in lol. The Power Fort is portable enough to go anywhere, and comes with a nice case to keep it protected when not in use. All in all two full charges could keep me with phone for two days in the middle of a zombie outbreak. Of course, I would still have to hope they don’t take out the towers. At just under $70 for the Advanced version it’s a little pricy, but for those of us who can’t go without your gadgets even for a minute it sure would come in handy. and of course stepping up to the advanced model we tested is a better value than the standard with the collection of connection options for both the Power Fort and any other USB powered device. 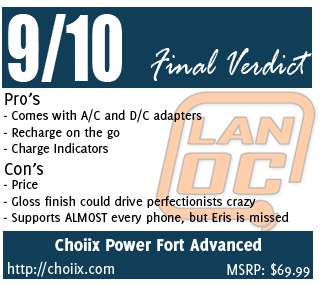 You might call him obsessed or just a hardcore geek. Wes's obsession with gaming hardware and gadgets isn't anything new, he could be found taking things apart even as a child. When not poking around in PC's he can be found playing League of Legends, Awesomenauts, or Civilization 5 or watching a wide variety of TV shows and Movies. A car guy at heart, the same things that draw him into tweaking cars apply when building good looking fast computers. If you are interested in writing for Wes here at LanOC you can reach out to him directly using our contact form.
Discuss this article
Log in to comment
Posts in discussion: Choiix Power Fort Advanced

We have 1405 guests and one member online