Over the last few years Cooler Master has reinvented heatsink design and helped many car guys get their fix with their V8 and V10 coolers. Both have amazing performance and good looks. However, both are also a little pricy. Today Cooler Master is officially announcing their newest addition to their lineup, the V6GT. The idea behind the V6GT is to get good performance while keeping the cost a little lower than their V8 and v10. Let’s take a closer look.

Packaging
The V6GT holds true to its muscle car theme even as early as the packaging, featuring slick, holographic red type font, with a nice red-to-black fade in the background paying tribute to the cooler's LED. The top of the box sports an image that mimics hood-angled shots of cars, with the Cooler Master oil cap design featured near the center. 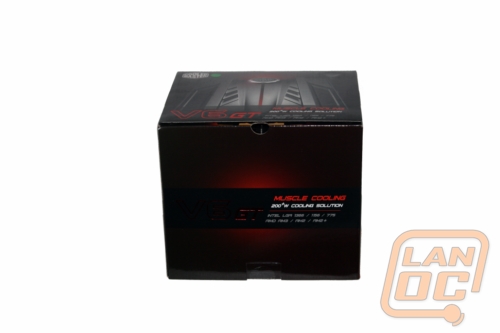 The same information is to be found on each side of the box, save the bottom which dives into details further with a spec table, schematic images, and feature shots of the actual product.  Opening the V6 even feels like opening the hood of a car, the top lifting from Velcro dots to reveal a smaller image of the cooler, accompanied by a transparent plastic window cutout to show-off the LED strip and oil cap of the contained cooler. Inside, the cooler is cradled between plastic and the cardboard accessory box, which holds the wide array of brackets from mounting several sockets. 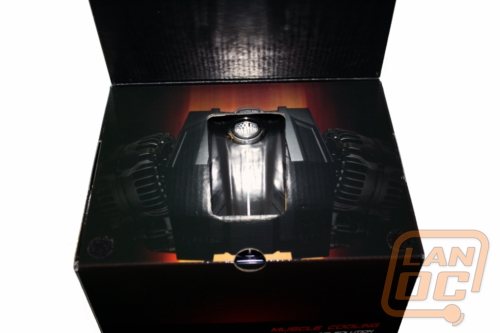 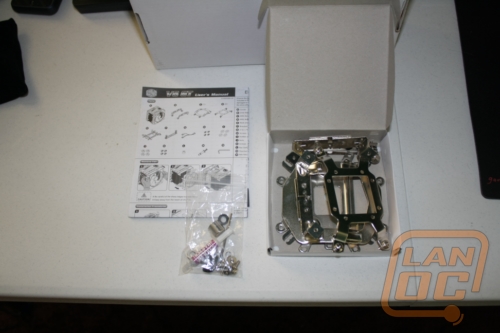 Installation
Installing the V6GT onto our i5 test rig should have been easy being an open air test bench. I found out quickly that it wasn’t going to go as smooth as I had hoped. The Intel adapter Cooler Master used was a creative way to combine three different sockets into one part. Switching to the 1166 setting only required loosening two screws. Installing the brackets onto the motherboard wasn’t as easy. Holding both brackets and then screwing in the screw makes you wish that you had three arms. After a little struggle I did manage to get it tightened up. Mounting the V6GT onto the bracket requires a second bracket and tightening down two spring mounted screws, but first you have to remove both of the fans. Oddly enough they didn’t use a Phillips head for those two screws, rather an allen wrench for some reason. They did provide the wrench that you needed, a nice touch. Lastly hooking up the fans and lighting requires that you hook up both a 4 pin fan connection along with a Molex for extra juice. 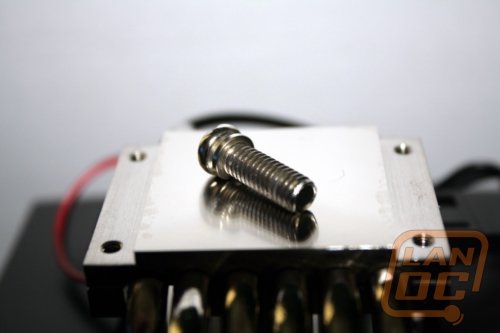 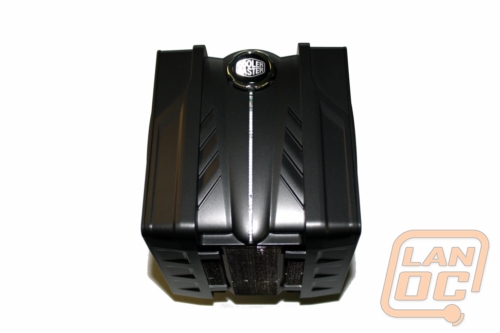 Performance
To put the V6GT to the test we used two different criteria, cooling performance and noise level. To put the cooling performance to the test we used Prime95 to heat everything up for an hour while watching the temps using RealTemp. After that we let the system idle for an hour to record our idle temps. Unfortunately we did not have our normal i7 test rig available to compare the V6GT results against our normal barrage of heatsinks. But even using our i5 test bench we were able to get a good idea of its performance. Here are our results:

Without much to compare it to it’s hard to get a good idea how the V6GT stands against the top competition. We did have the chance to test it head to head with the Tranquillo that we reviewed a few months ago, and the results are impressive considering the Tranquillo's performance in past tests. 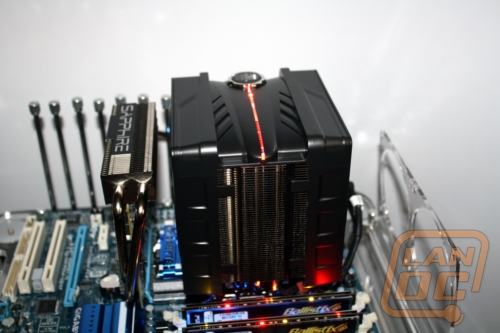 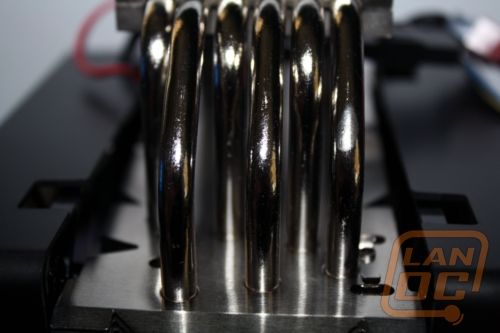 Overall
Cooler Master has already established an excellent reputation for their ‘V’ cooling line, which sets an expectation for the newcomer V6GT. Equipped with the V-style heat pipes that have aided the family’s success, a customizable LED light that accompanies the slick, muscle car appearance, and the step up to two-fans as opposed to its predecessor’s one, the GT has definitely earned its spot in the star-studded line-up. Despite a little shaky installation for these reviewers, the finished product looks and performs way too damn good to hold any hard feelings. 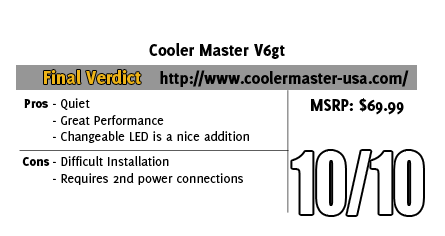 Author: Lersar
Contributing Editor / Event Staff
Adam is a big proponent of LAN parties, esports and speed-running, and helps organize our semi-annual LAN events. He has covered hardware and software reviews of a wide variety, but most content these days come from event coverage, such as other LAN parties.
Discuss this article
Log in to comment
Posts in discussion: Cooler Master V6GT