Primal Carnage is a good looking game, but not a great looking one. The graphics themselves are nice enough, but in modern games there have certainly been better. The environment isn’t very exciting, and there are different maps to choose from, but they all end up feeling as if they are in the jungle or right outside of the jungle. That’s not to say that the jungle isn’t beautiful, but after ten matches of fighting in the jungle I just wish we could take the carnage to the city streets of Detroit, or the pyramids in Egypt, or any different environment. 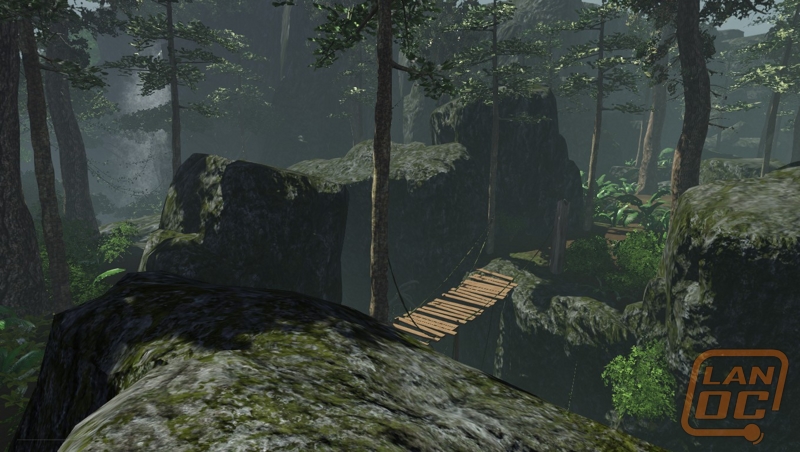 The audio in the game leaves a lot to be desired. There is one music track that repeats at the menu that gets really annoying after about two minutes and it doesn’t change. The music when in game for some reason sounds Scottish, bagpipes and all. It doesn’t really fit and also gets annoying after only a brief amount of time playing. Luckily the music can be turned all the way down in the options which make for a much more peaceful experience. The voice acting seems to only come into play when the mercenaries are resupplying on ammo or health, and it is pretty bad which makes me glad that it only occurs every so often. There are also sound effects that come from the guns and dinosaurs during gameplay, and while they aren’t as annoying as the music, I can’t really tell from sound alone which dinosaur or mercenary is attacking.