While playing as the mercenaries the game handles much like most other first person shooters. W, A, S, and D move your character around, mouse aims and fires your weapons, space bar to jump and so forth. All these keys are able to be reprogrammed in the main menu to set them up to however best suits you or your play style.

While playing as the dinosaurs things are a bit different. You play from third person view, and most of the buttons do the same things for dinosaurs as they do for humans, but with different abilities and attacks the dinosaurs handle slightly different. They feel awkward. I suppose they are supposed to feel that way being giant reptiles and all, but from a controls standpoint it feels like a disadvantage that you are put at while playing the dinosaurs. It may be intended as a form of balance by the developers. Making the dinosaurs harder to handle may be some sort of compensation for them being able to eat the humans in a single bite. 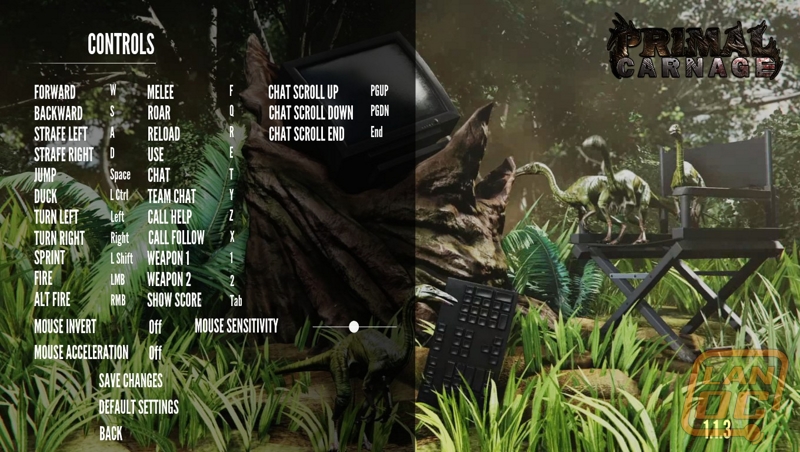 One major downfall is that there is no controller support. Either the game does not recognize it, or it doesn’t have any built in support. It is a PC game, so I guess it is not a requirement, but it is something that would be nice to have. Either way it is a bit disappointing for a game to be lacking controller support in the modern era.