Dinosaurs and rifles are a dastardly duo. Putting them together in a game is an interesting combination to say the least. It has been attempted before in games like Turok and Dino D-Day. Fans have shouted for a Battlefield 3 expansion with dinosaurs and Lukewarm Media may be here with the answer. Their new game Primal Carnage is a class based first person shooter that pits humans and dinosaurs against one another in an all-out slaughter fest.  Let’s take a look at Primal Carnage and hope that much like John Hammond, Lukewarm Media spared no expense.

There isn’t much of a backstory in Primal Carnage. This is mainly because it is an online class based first person shooter and doesn’t really need a great story to succeed as a game. The main idea is that some experiments went wrong and the dinosaurs escaped, a team of mercenaries were assigned with taking care of the problem.

The team of mercenaries is made up of five unique individuals, each with their own specialties and weapons. Each individual gets three different weapons or attack types to aid them in disposing of the dinosaurs. The mercenary team, due to their size in comparison to their foe must heavily rely on team play and supporting one another to take down the enemy. The first is the commando, an expert on heavy weapons and explosives. 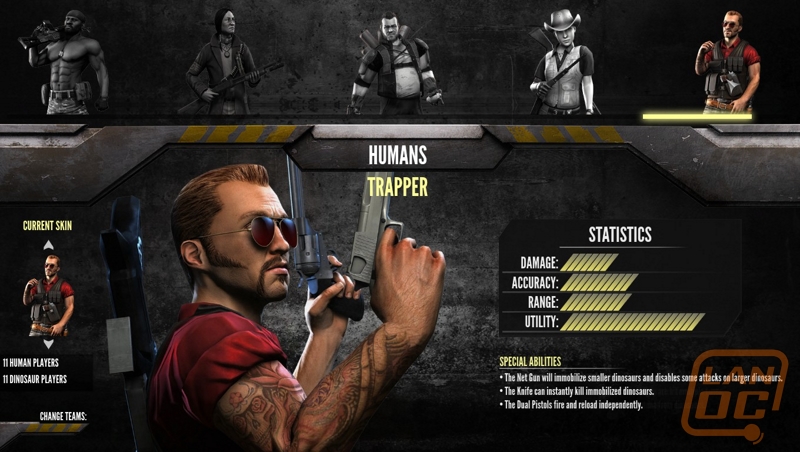 Next on the team is the scientist, whose only practice with the scientific method is a well-placed shot with a sniper rifle. The rifle makes her incredibly dangerous from a distance, but with only a pistol as her secondary, she relies heavily on her teammates when the fight gets a little too close to home.

The third member is the Pathfinder, a Native American wilderness guide. He has a shotgun and road flares to his disposal which may not sound like much, but is actually a very vital part of the mercenaries game plan. See, the dinosaurs have a very difficult time with bright lights, so a nicely timed flare in a small area can essentially render the dinosaurs useless, and with a few accurate shotgun blasts, the pathfinder can take care of some smaller dinosaurs on his own, as well as being a very important role player for the mercenaries.

Then there is the Trapper, a big game hunter who may have decided to go after some game that is too big. The trapper is my personal favorite class because if played correctly, he can be the solitary reason for your team’s victory. He is armed with dual pistols and a giant net gun, and while the net gun doesn’t deal any damage, it will trap three of the enemy’s five dinosaur types immobilizing them for a brief time and allowing your team to rain a hail of gunfire on them. This combination of weapons makes the trapper a sub-par solo class, but an excellent addition to a team that is working together. 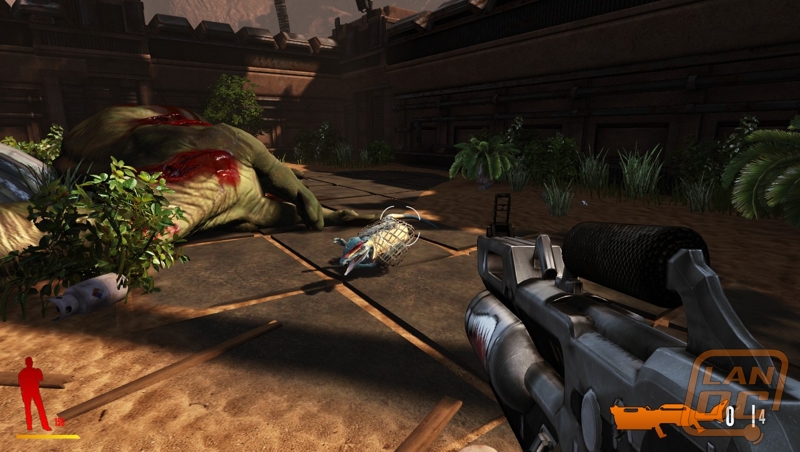 Lastly is the Pyromaniac, a defensive flame wielding…maniac. He carries around the coolest weapon in the game, the flamesaw. It is a flamethrower that has an alternate fire method that revs the chainsaw that is underneath the flamethrower. This combination makes him a high damage dealer, but only in close range situations. The flamethrower is really only useful when an enemy is on top of you and the chainsaw won’t even go that far. The pyromaniac is best served covering corners and defending his other teammates. He can’t really be used offensively due to his lack of range, so it is better to play on your heels. 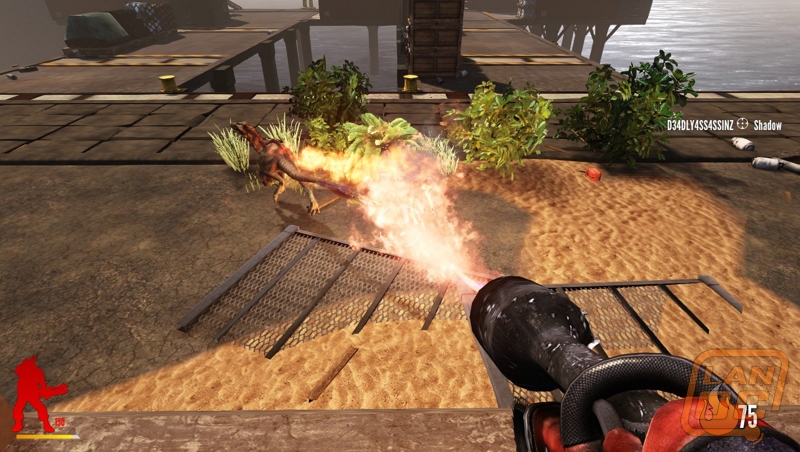 We have 1562 guests and no members online