A Boy and His Blob - Wii

Forget dogs. Everyone knows that a boy's best friend is his blob. Especially when it's a jellybean-eating blob who's comes to Earth from his distant home world of Blobolonia in search of help and maybe even a friend.Play through over forty stages in this wonderful re-imagining of an NES classic on your Nintendo Wii.
Game: A Boy and His Blob
Published by: Majesco Entertainment
Developed by: WayForward
Platform: Wii
Genre: Platformer/Puzzle
Release Date: 13/10/2009
MSRP: $39.99
Review by: Tim Ashdown 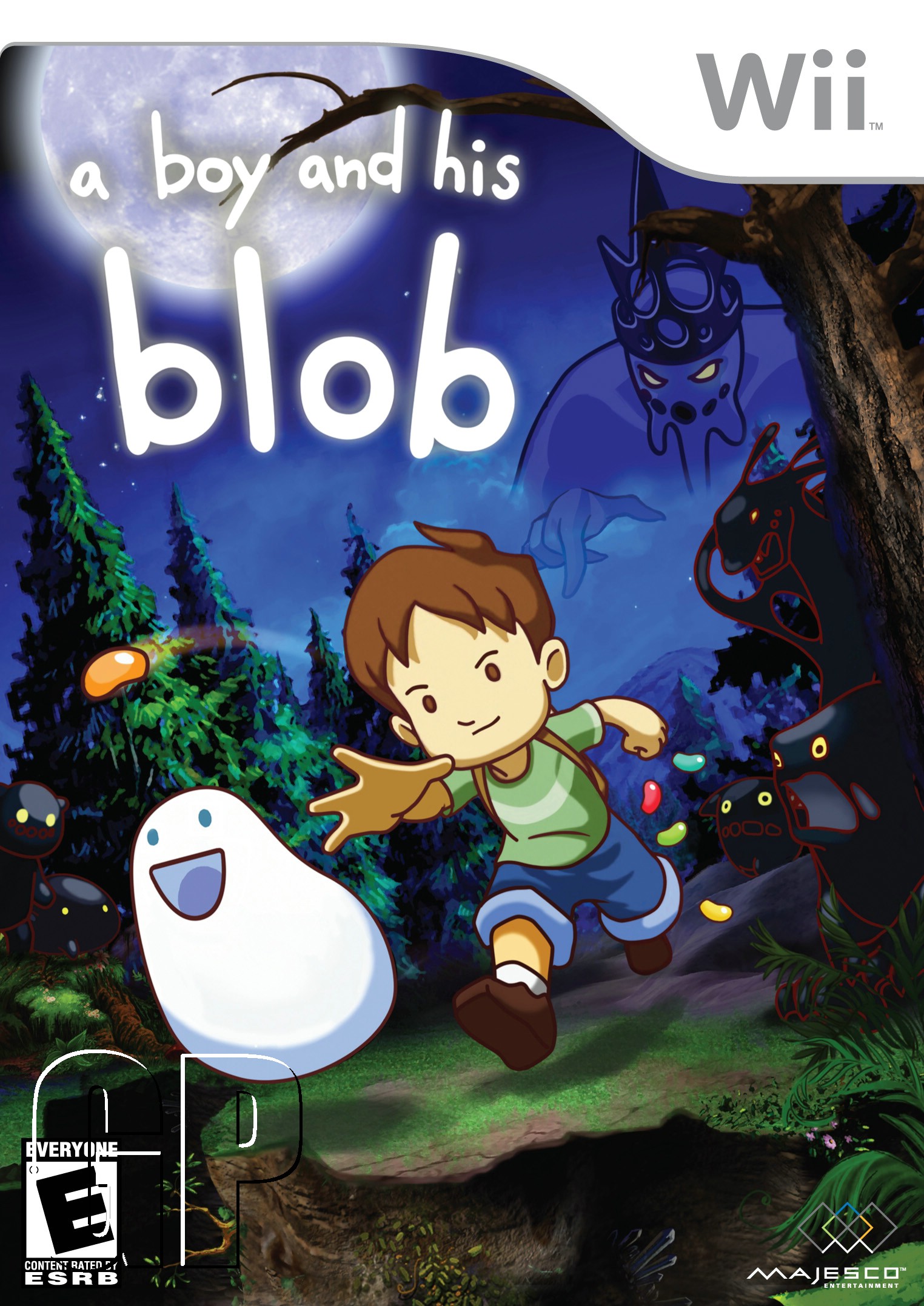 a boy and his blob is a spirited re-imagining of the NES classic released in 1989. You play as a young boy who, while asleep in his gigantic tree house one night, is awakened by a loud crash. Upon investigating the commotion you meet Blob: a little alien who has come from beyond the stars in search of help to liberate his distant home planet of Blobolonia from the clutches of the evil Emperor who has imprisoned all of blobkind. 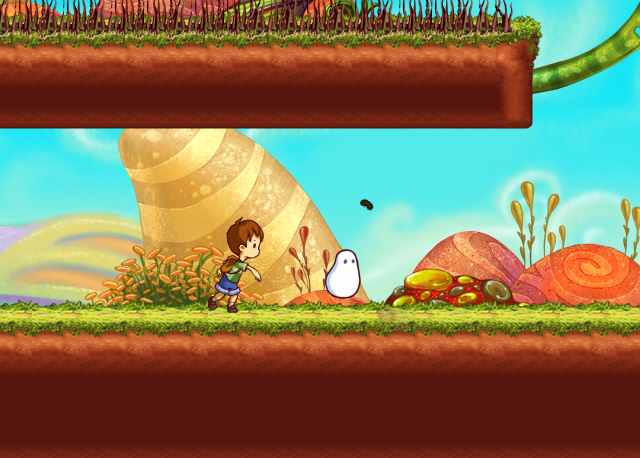 This 2D platform puzzler features over forty stages for you and your blob to explore, as well as a whole slew of challenge levels which can be unlocked by completing the main quest. Upon finishing the challenge levels you are treated to concept art, movies and a myriad of other goodies. With so many stages to challenge even the most seasoned gamer, you won't find yourself running out of content anytime soon.

The story of a boy and his blob is told with the subtlety and charm of a Pixar film. Over the course of the game you will develop a close relationship with Blob as the two of you work together to save the blobs of Blobolonia and defeat the evil Blobolonian Emperor. WayForward has allowed for added depth to this relationship by including a button that will allow you to scold or hug Blob depending on the player's feelings towards the cute bundle of gelatinous ooze. Many people have been echoing the sentiment that more games should come with a “hug” button. By allowing to players to interact with their newfound friend in this manner, WayForward clearly establishes a connection between the two main characters. This is the driving force of the narrative. Essentially, a boy and his blob is a whimsical buddy comedy set in a world where friendship is key if you want to succeed. 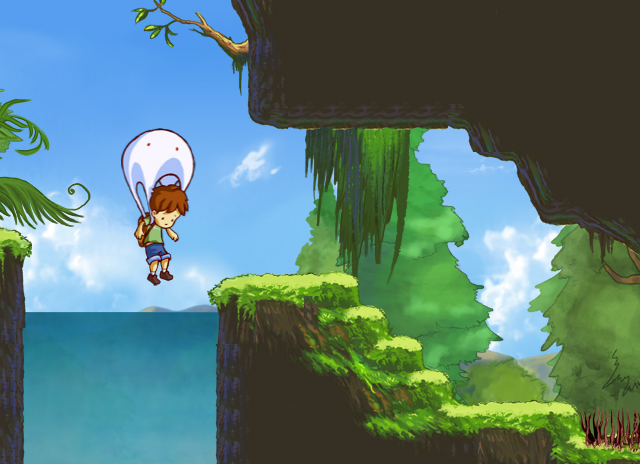 One of the things that really impressed me about this game was the art. All the assets and backgrounds are expertly hand drawn. There is even an excellent use of shadow towards the end of the first stage where the sun is going down as Boy and his Blob are heading through the forest toward the city. And the twilight backdrop and silhouettes of trees will actually make you stop, look and appreciate the artwork that unfolding all around you.

In a world that has been crafted with such love and care, I found it difficult to find any substantial flaws with this game. The few mistakes that I did find are superficial and don’t really change the way that I feel about the game. I did find the audio rather unimpressive: the music didn't add much tension and had a tendency to be a bit repetitive. Also, a boy and his blob is a game where there is a lot of trial and error. The experimental method of puzzle-solving means that almost any mistake equals instant death. This makes for frequent restarts and results in hearing the exact same part of the game's musical score over and over again. Nevertheless, the aforementioned frequent deaths are balanced out by a very forgiving check-point system, and this game will have you humming it's score for days on end (ultimately driving the player and those they love insane).

a boy and his blob offers a heartwarming story, plenty of challenges and a form of gameplay that will have the nostalgia nodes in your brain firing from beginning to end. This is an excellent treatment for a classic to recieve. I applaud WayForward for taking a simple game like the original A Boy and His Blob: Trouble on Blobonia and reimagining it in such a way that allows for appreciation by an entirely new generation of gamers. 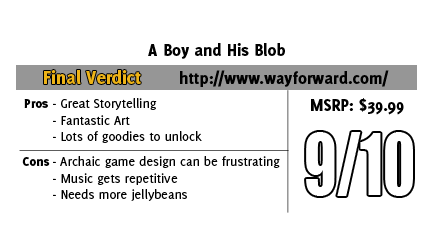 Author Bio
Author: Tim
Discuss this article
Log in to comment
Posts in discussion: A Boy and His Blob - Wii