A look inside the press kit

One thing is for sure, AMD doesn’t hold back with the Ryzen launches. They put together complete kits to send out to the press and they also ship in special packaging fitting to the launch. The first Ryzen launch had an amazing wooden box which none of them have come close to matching. But AMD did keep up the unboxing experience with the Gen 3 launch. They sent the Ryzen 7 3700X and Ryzen 9 3900X packed up in a black and orange box with the AMD logo on the top in gloss black. The box doesn’t have anything special going on other than inside they have both retail boxes for the 3700X and 3900X. 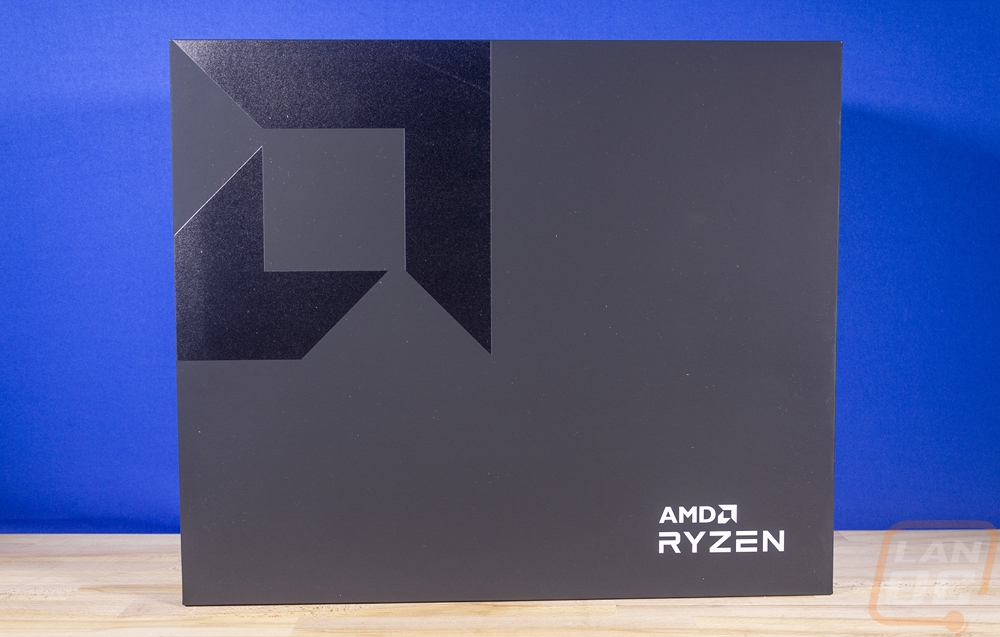 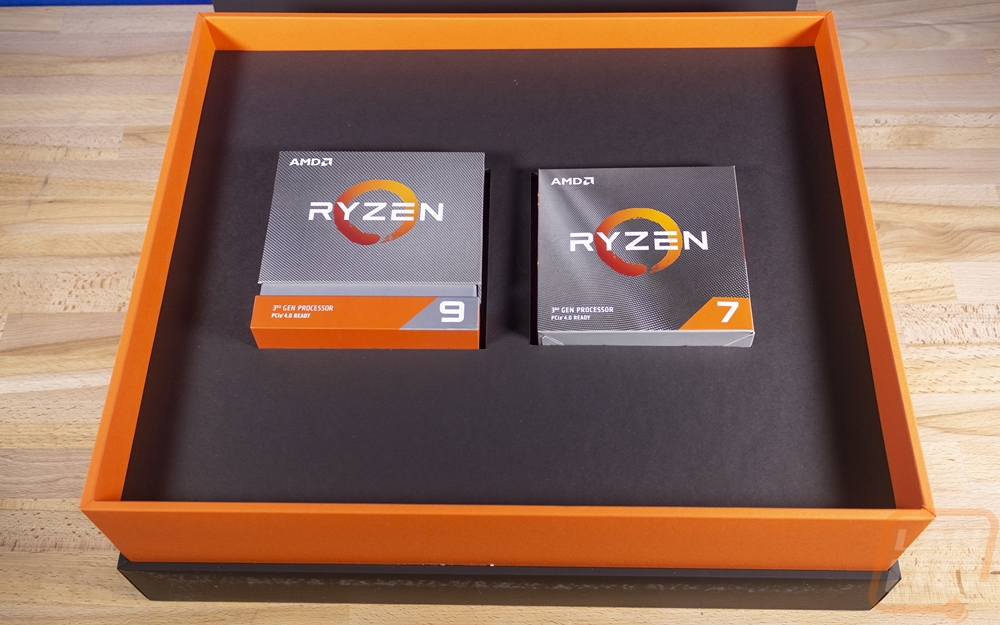 The normal grey and orange theme for the Ryzen packaging was changed up slightly with the grey changing to a black, white, and grey pattern that still gives that grey look but with a wavy effect. The Ryzen 9 packaging is different than the normal box including being larger with a pull off top design and thicker materials. On the Ryzen 9 box, the CPU window is up on top and the normal box has it on the size. 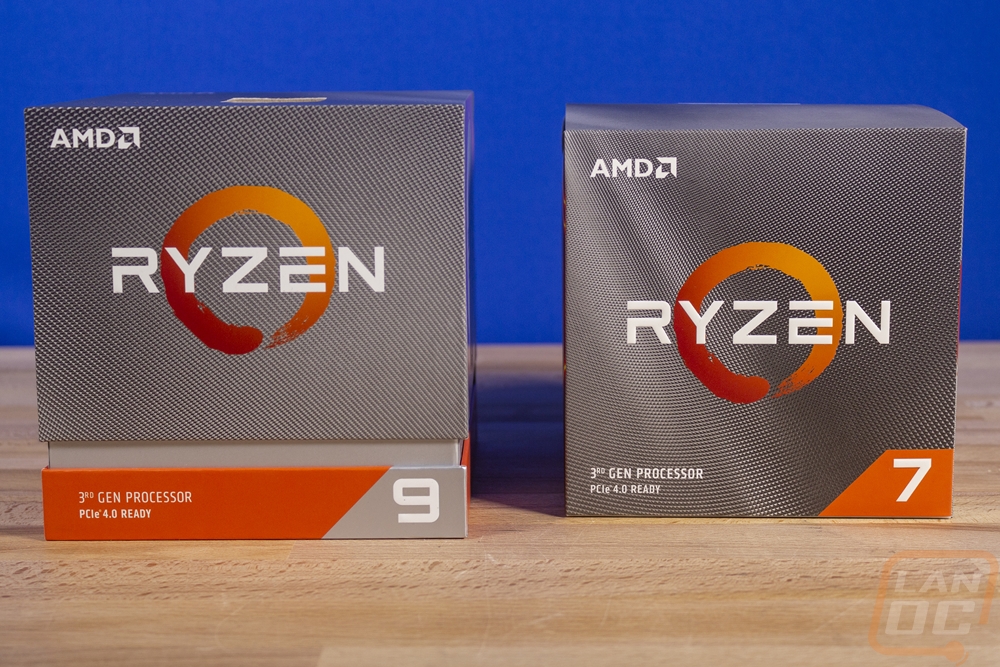 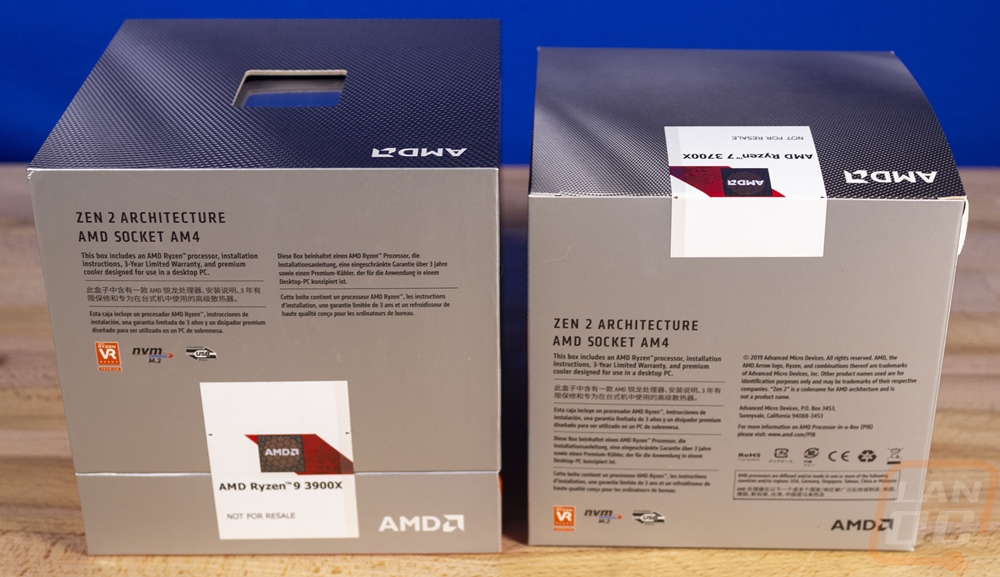 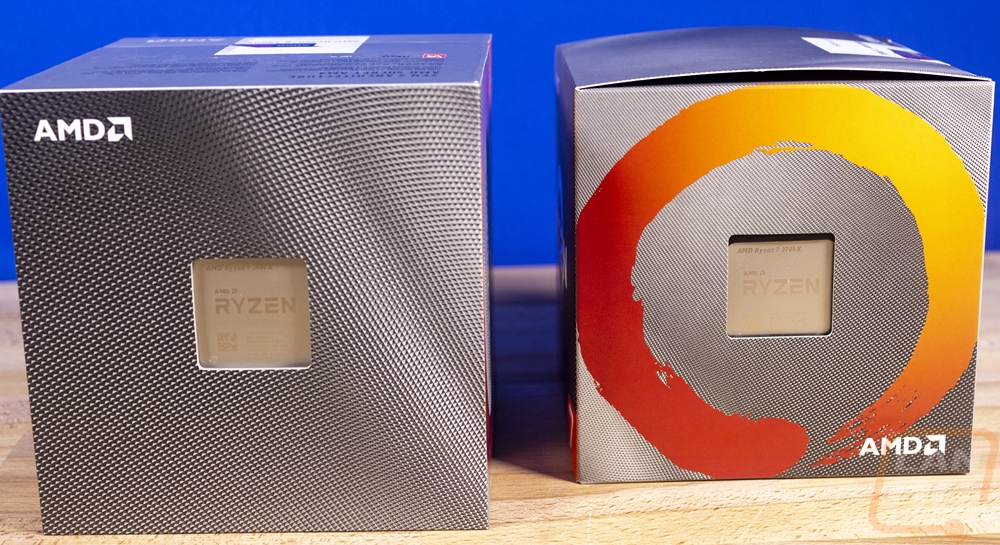 The 3700X has the now standard clamshell holding the CPU with a black box that it goes inside along with a small paper with installation instructions. They also have a Ryzen 7 sticker tucked in with it. It then came with the Wraith Prism heatsink which hasn’t changed at all from the last generation from what I can tell. 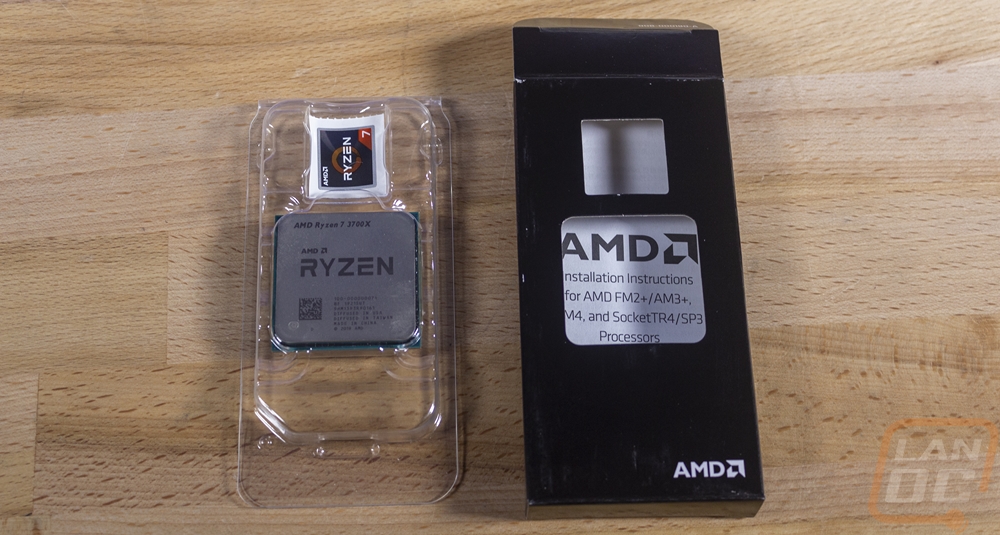 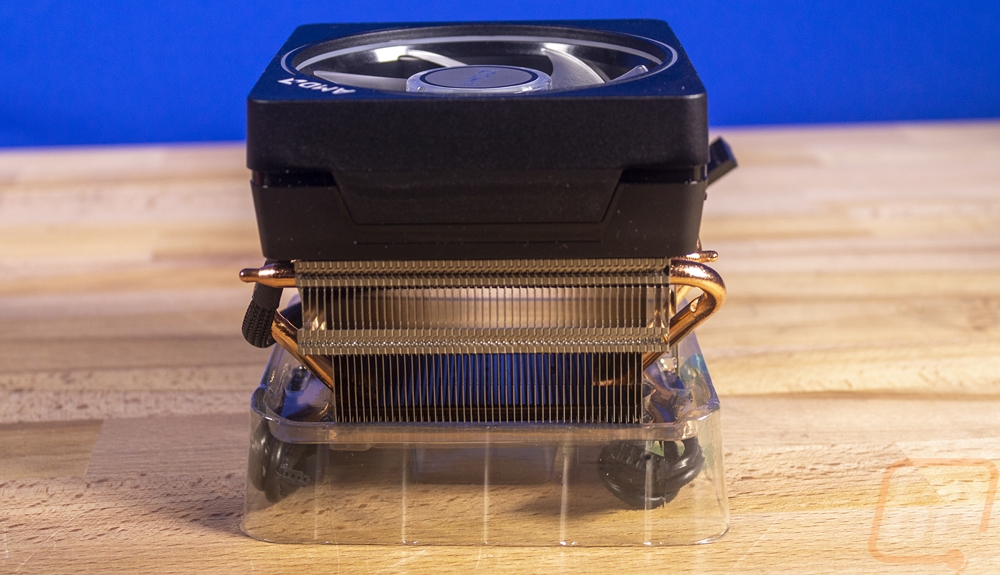 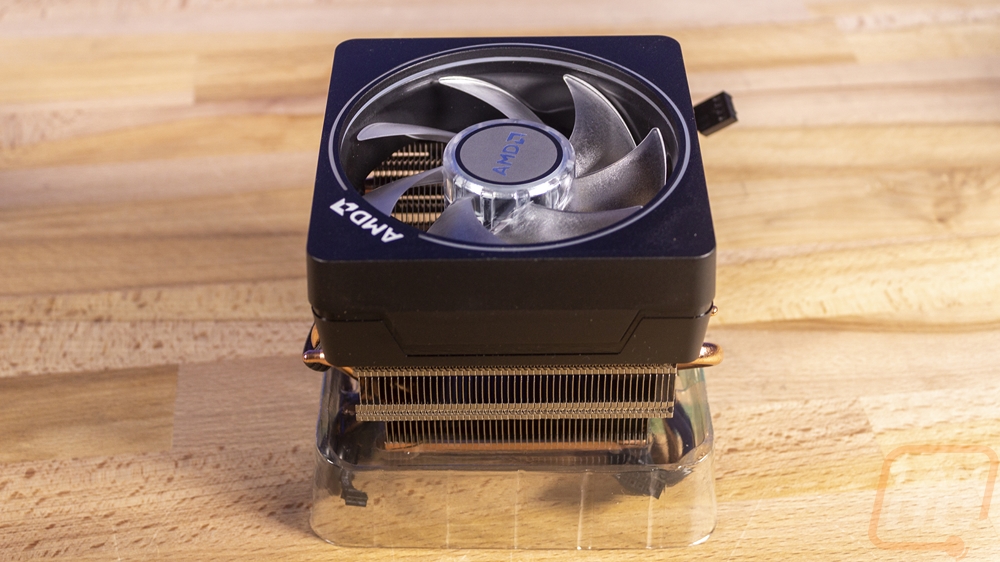 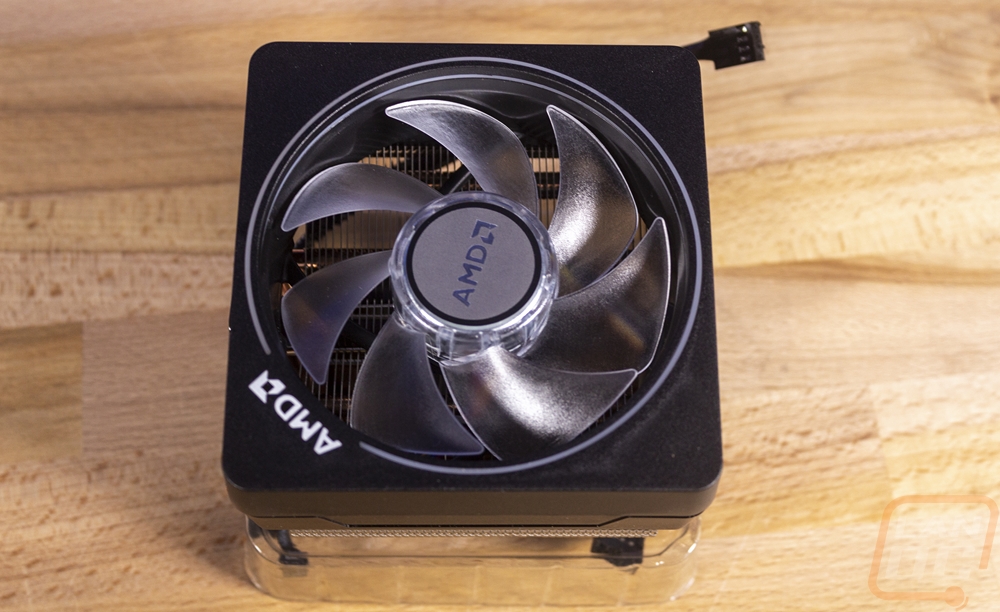 The special packaging for the Ryzen 9 3900X, on the other hand, uses foam padding inside and holds the plastic clamshell right up at the top with that foam. The clamshell is wider and shorter and has no need for that black box that AMD has used for years. The larger box and all of that work didn’t really change anything else though. Under the foam is the same cardboard box with the same Wraith Prism heatsink. With the larger packaging, I thought there might be something else inside but there wasn’t. 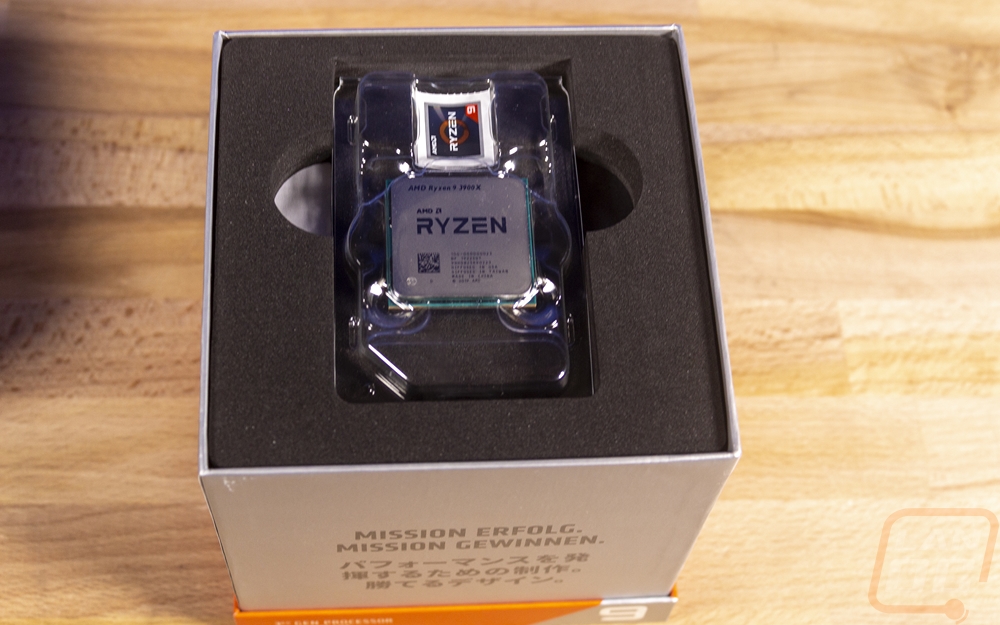 The same goes for the CPUs, staying with AM4, of course, means the CPUs themselves aren’t going to change much. They still have that unmistakable Ryzen logo etched right on top. This is something AMD really does well that Intel doesn’t do. You can tell exactly what CPU this is quickly with that logo and with the model name up along the top edge. Especially for press samples which Intel has coded numbers and just a clock speed to help you figure out what model it is. It's nice to not have to sharpie the model number on every CPU over and over again. AM4 also means the CPU has pins, not the motherboard which has its pro’s and con’s. Like the CPU pulling out of the socket when you remove the heatsink as a con and not having to worry about damaging even more sensitive pins on the motherboard. 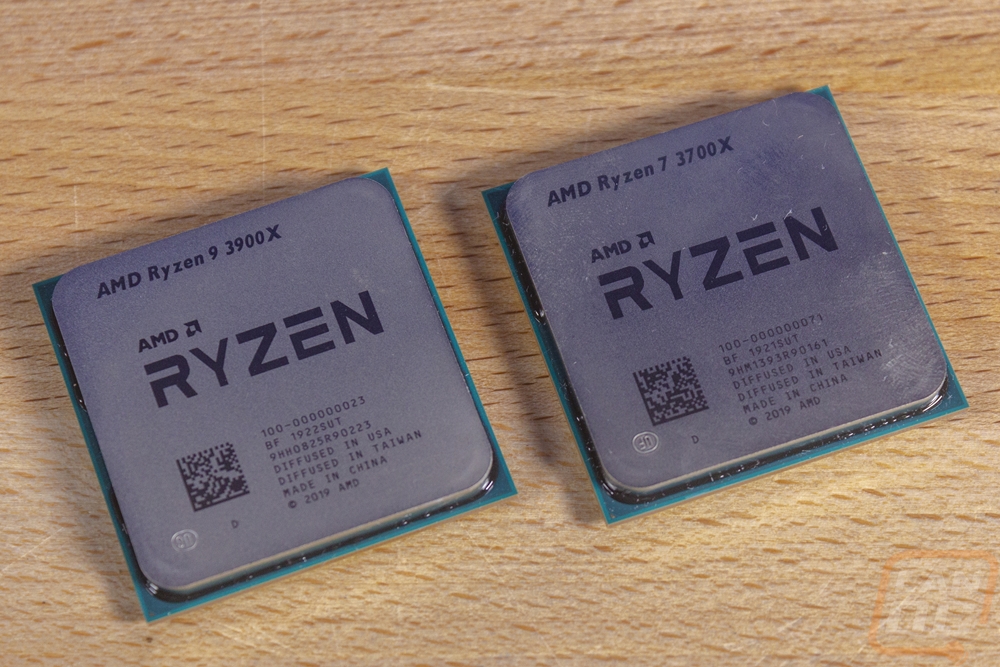 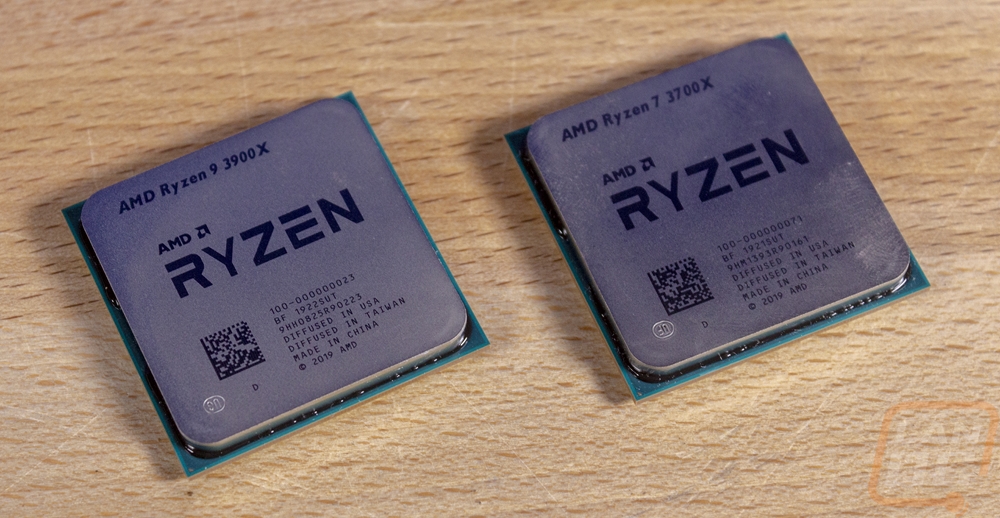 The CPUs weren’t the only thing they sent over. The kit came with two motherboards to test with. Ours has the ROG Crosshair VIII Hero WiFi and the MSI MEG X570 Godlike. I will be taking a closer look at both of those soon. Then they included ram and a new PCIe Gen 4 SSD. 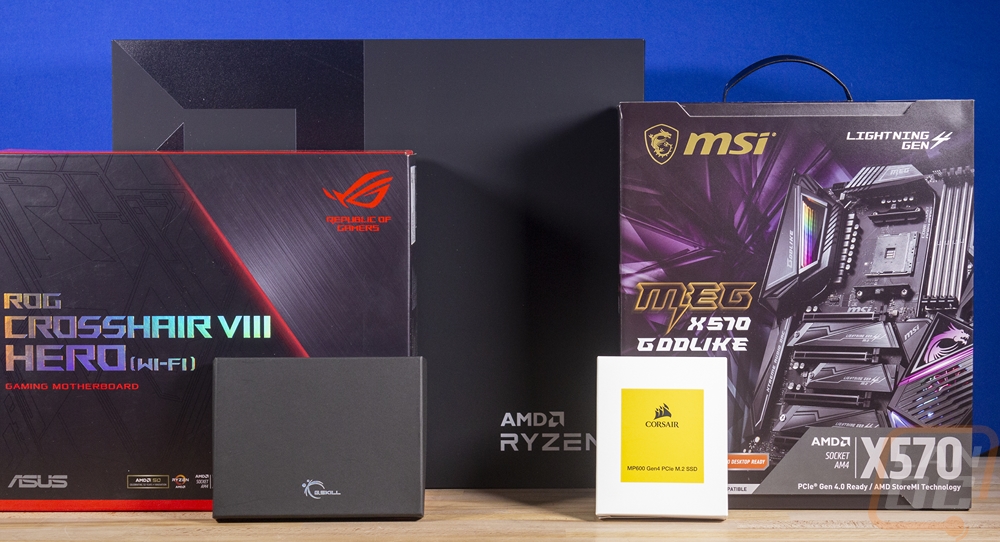 For the ram, they have worked with G.Skill on a lot of these launches which makes sense given how well G-Skill has done with Ryzen compatibility in their kits. This specific kit is the Trident Z Royal kit which has RGB lighting up on top like the normal Trident Z kits but with a gold finish for that Royal touch. The light diffuser up on top is also unique with a crystal like design cut in it, not a soft white diffuser like normal. The kit they sent is a 2x8GB kit for a total of 16Gb running at 3600MHz with timings of CL16-16-16-36 at 1.35 volts. Ryzen is much faster with good memory and this isn’t a bad kit at all, I am surprised they didn’t try to show off the improved memory support that they talked about in their presentation with an even faster kit, not that 3600MHz is slow at all! 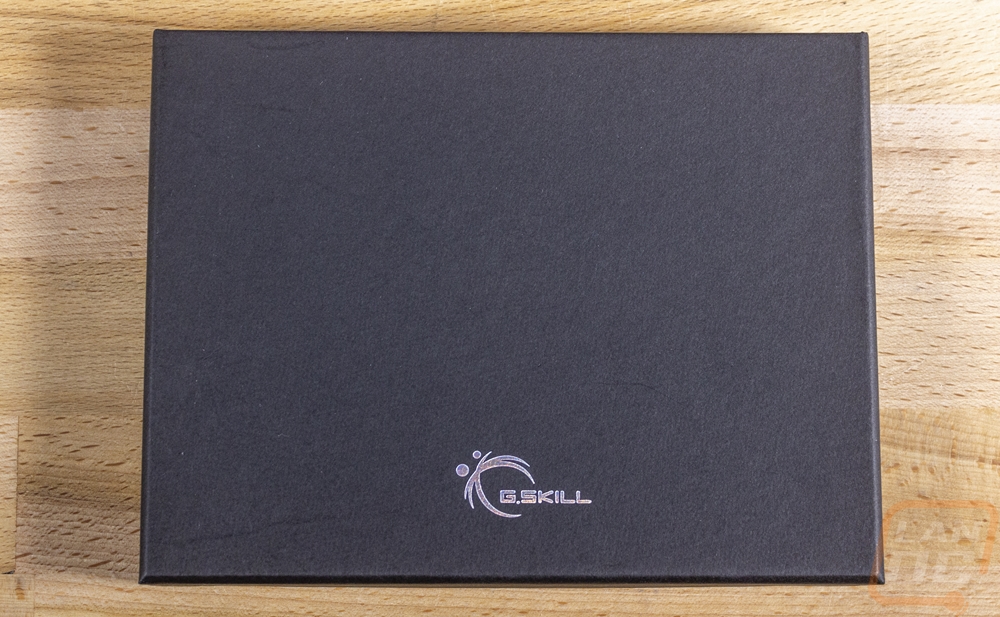 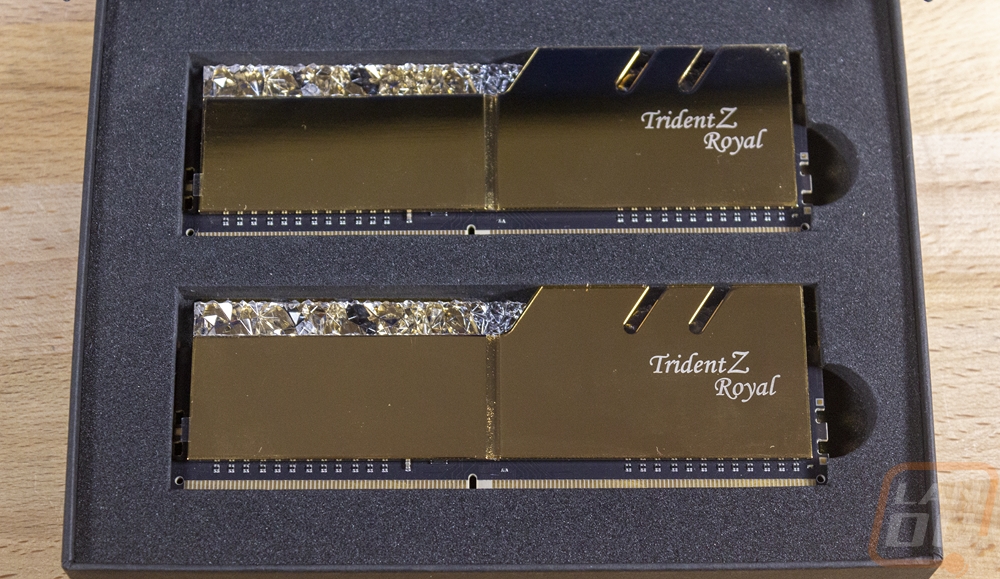 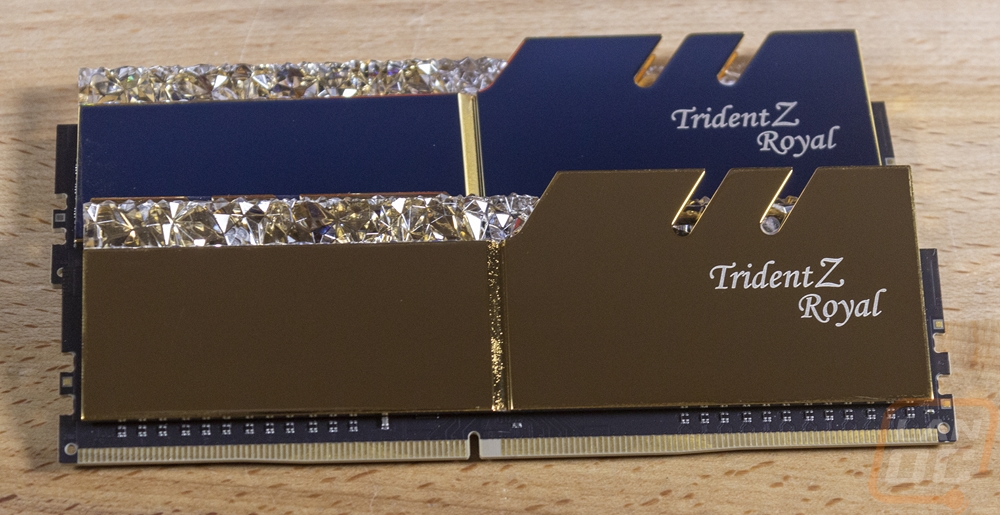 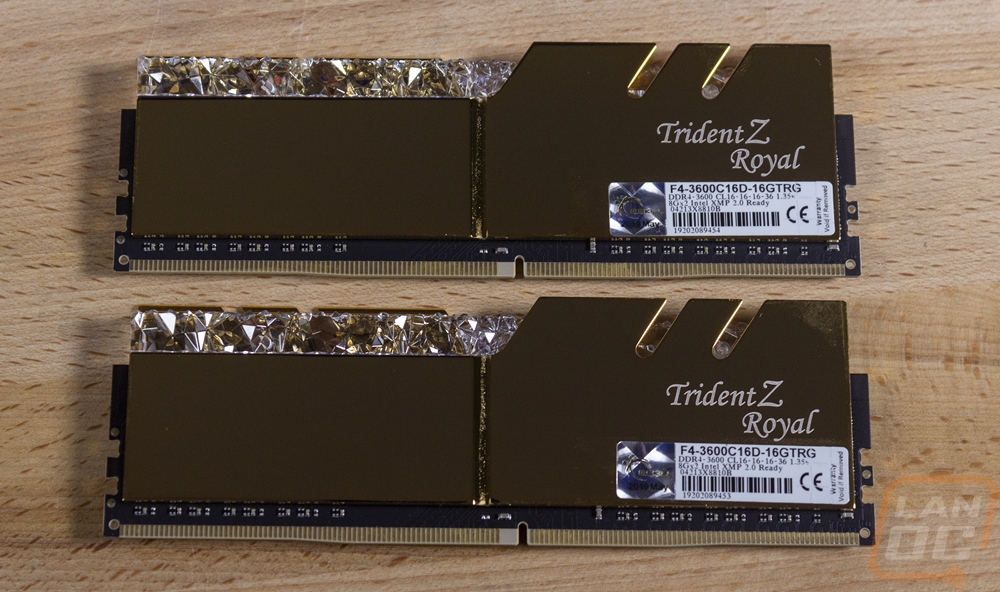 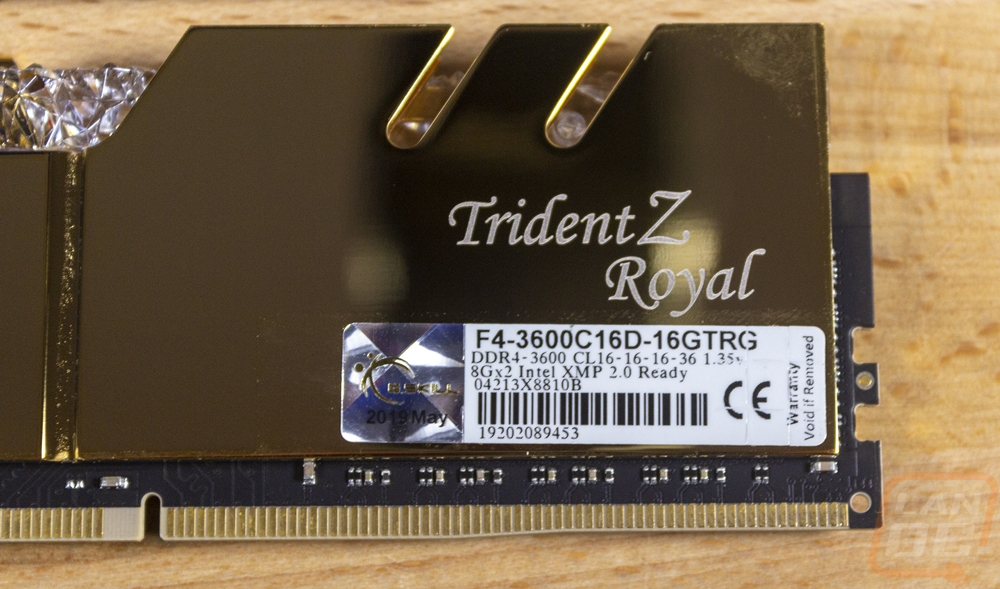 As for the SSD, apparently some kits came with a Gigabyte SSD and others came with the Corsair MP600 but they both are similar in specs. This is a 2TB model with PCIe 4.0 support. I will be taking a closer look at it in future coverage. It also comes with a large heatsink but it wasn’t on in these photos because I planned on first testing it under the stock heatsink on the test boards. 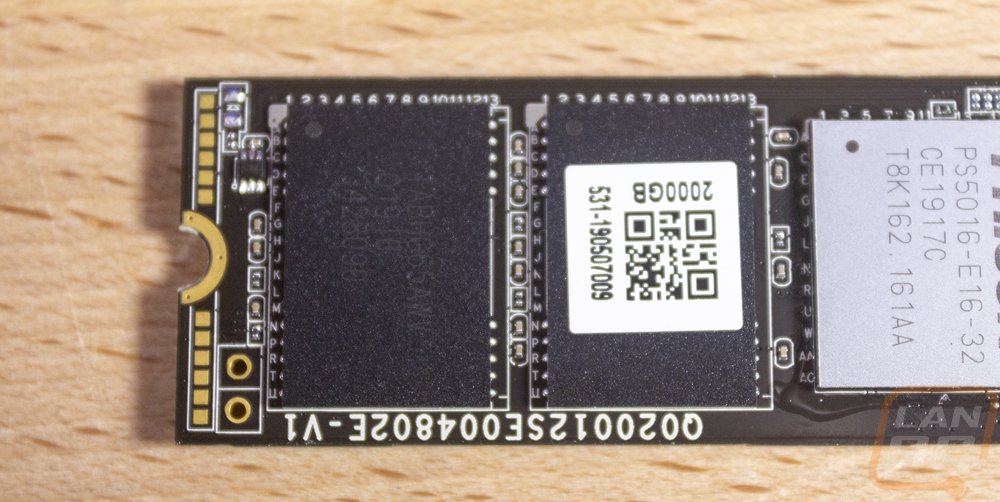 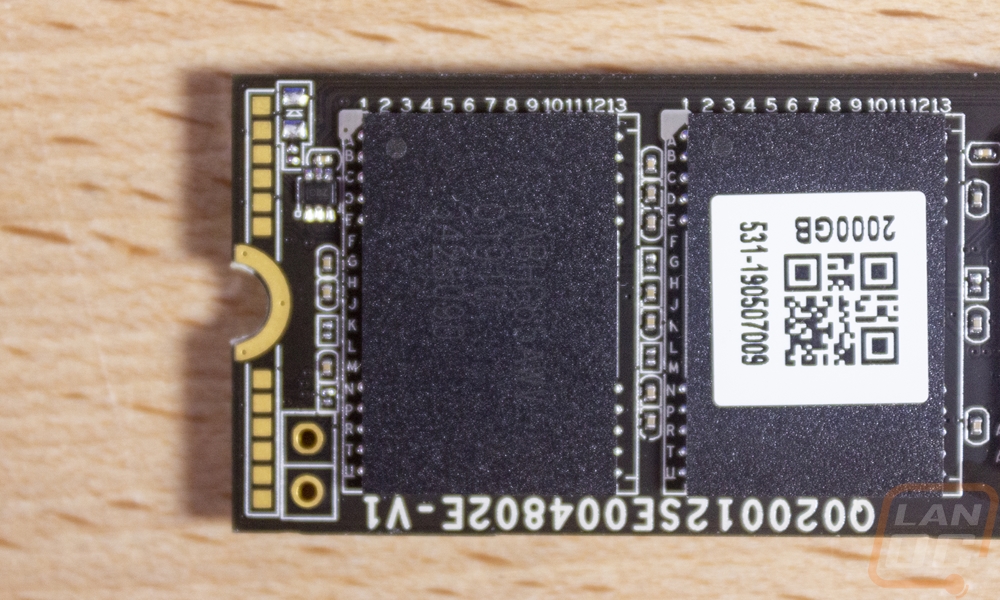 Now for cooling, I stuck with our standard Noctua NH-U12S which is about as standard as you can get for a heatsink. It isn’t an ultra large 140mm model and it doesn’t have dual towers or dual fans. I use the same heatsink in all of our tests for consistency between all CPUs from Intel or AMD. Especially now that everyone is doing on the CPU auto overclocking or boosting. It did struggled a little with the height of the G.Skill memory though. I would recommend using the brackets below if you go Noctua with the taller ram, the shorter top and bottom bracket will have the heatsink up over top of the memory. 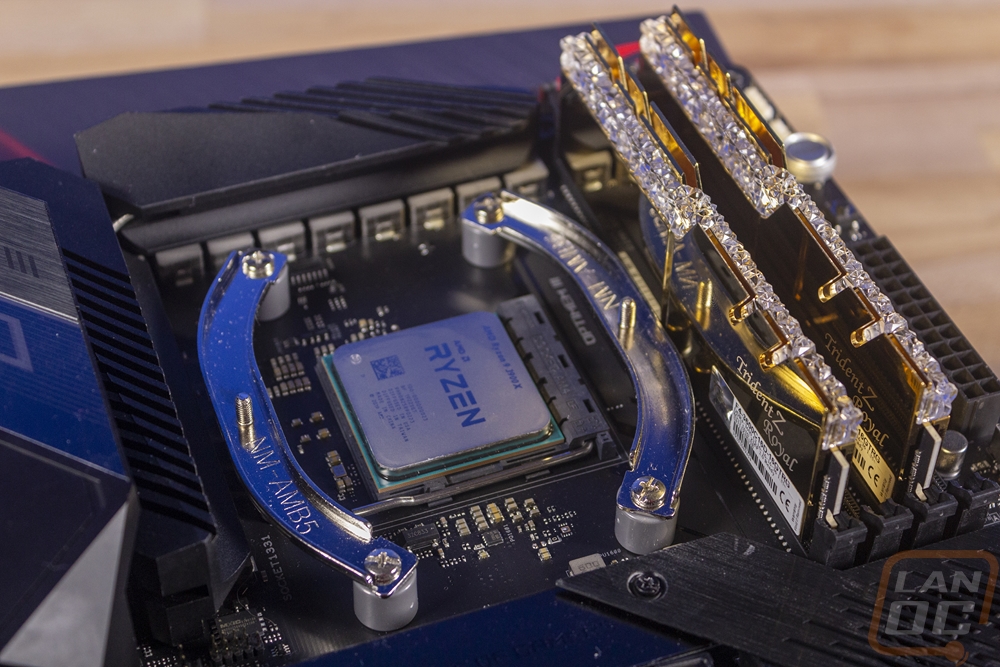