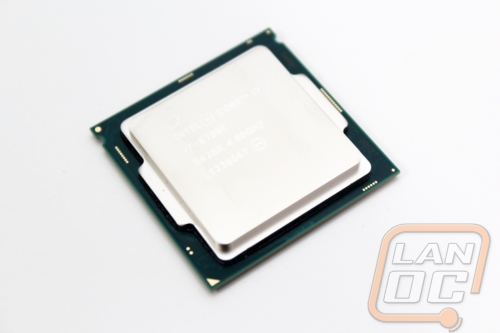 While the performance numbers are important, there are other situations were you have to keep in mind other factors about a CPU. A good example of this is when you are building a small form factor build. The small size of most SFF builds means you have to be very aware of heat cooling and in addition to that you have to make sure everything will run on the power supplies that you can fit in your build. Because of this I make sure to test all of the CPUs that come through the office both for their power usage as well as how cool they run. For cooling testing I run Prime95 and see just how warm the CPU runs with our Noctua heatsink on it. I was a little surprised that the 6700K ran warmer than the 4790K given its high clock speed. Even so at 60 degrees it was still 20 degrees cooler than the high clock speed FX processors from AMD. While I don’t like the idea of the Intel CPUs running warm, I can’t really call it hot with that as the competition.

For power usage I use a Kill-A-Watt to track the overall power consumption of our entire test rig while testing. This includes the GTX 780, cooler, and drives in addition to the CPU. I let the test bench idle to reach the idle load and then I turn on wPrime to put the CPU under a realistic load (prime95 isn’t really realistic) and get our 100% cpu load wattage. The 6700K pulled 108 watts under load and 45.9 at idle. This is slightly more than the 4790K but still well under the competition. 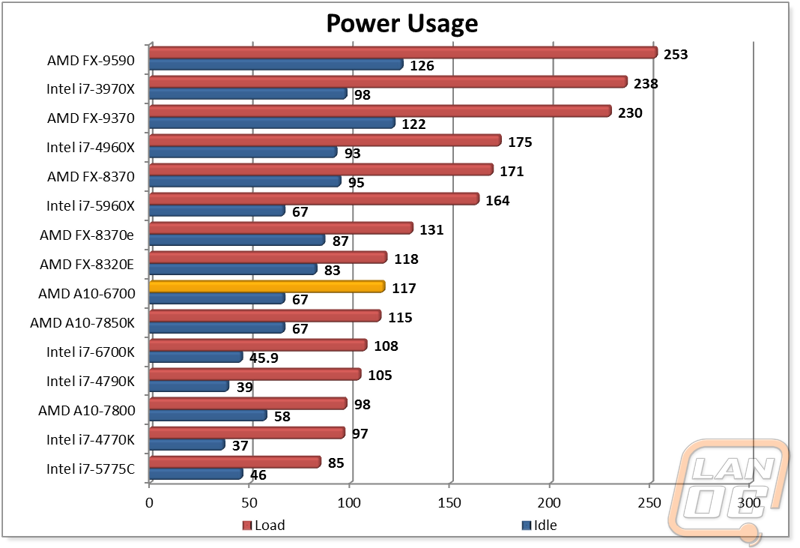 The last bit of testing I did was more for my own interest than anything else. I wanted to see just how well the new enthusiast CPU would overclock. To do this I jumped in Intel’s Extreme Tuning Utility and started to toy with it. Keep in mind this is still on air but I was able to bump the 6700K up to 4.7 GHz without having to feed it any voltage. I’m really looking forward to toying with voltage and seeing what it can really do. From my initial testing I would be surprised if I couldn’t push at least 5GHz on air. The overclocking fans are going to love this one! This is where the improved overclocking capabilities are really going to come in handy. With the 6700K you can change the BCLK in single increments where the 4790K was ratio based. The new DDR4 memory also opens up overclocking capabilities as well with up to 4133MHz officially supported. They also allowed for finer adjustments on the memory clock as well.

We have 1743 guests and one member online