As I mentioned in the previous section, Haswell-E is also the launch of DDR4. To those of you hoping to carry over your old ram once again, sadly to go with an X99 motherboard and Haswell-E you will have to drop the DDR3 and pick up something new. This is going to upset some people I’m sure, especially the people who get frustrated with Intel’s frequent socket and chipset changes, especially when compared to Intel. But let’s look on the bright side, you get to be on the cutting edge and you also get to start fresh. For me considering how quickly this launch came up, DDR sampling was a little tight. At the time of this launch, we should have had two sets in hand to be able to compare performance on but delays made that unable to happen. Corsair was able to come through with a set of their Vengeance LPX in a 4x4GB configuration with a clock speed of 2666MHz with timings of 15-17-17-35. 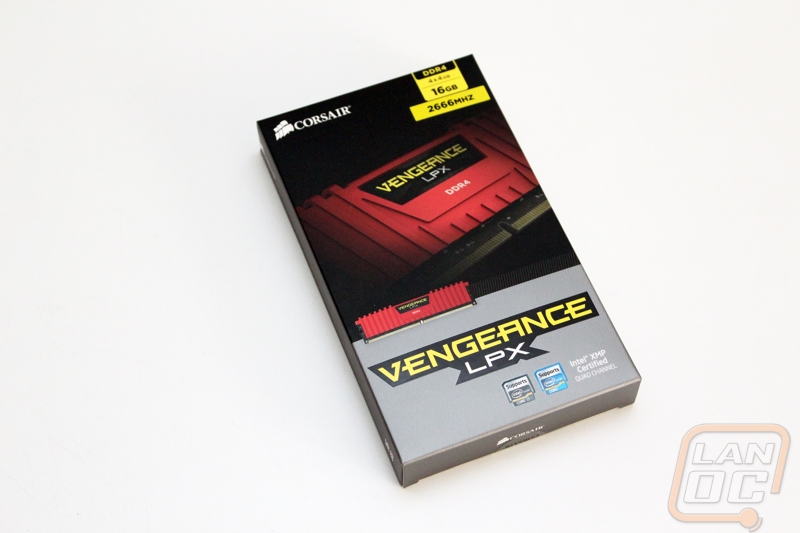 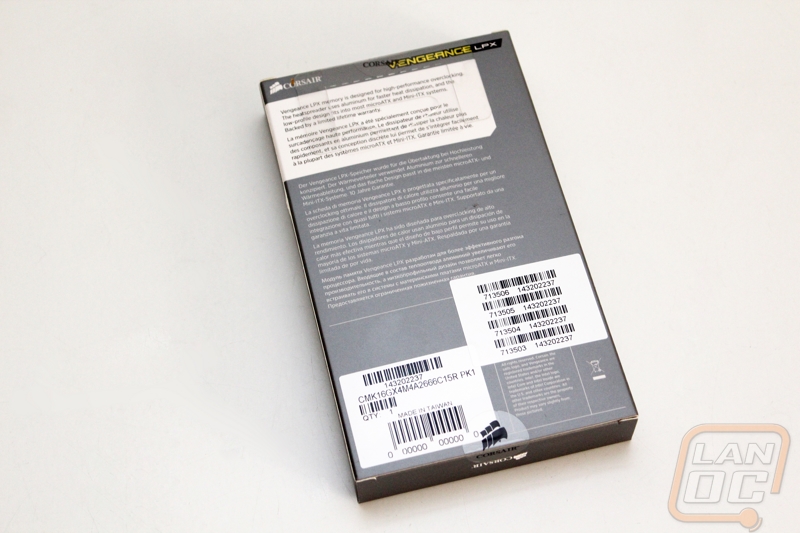 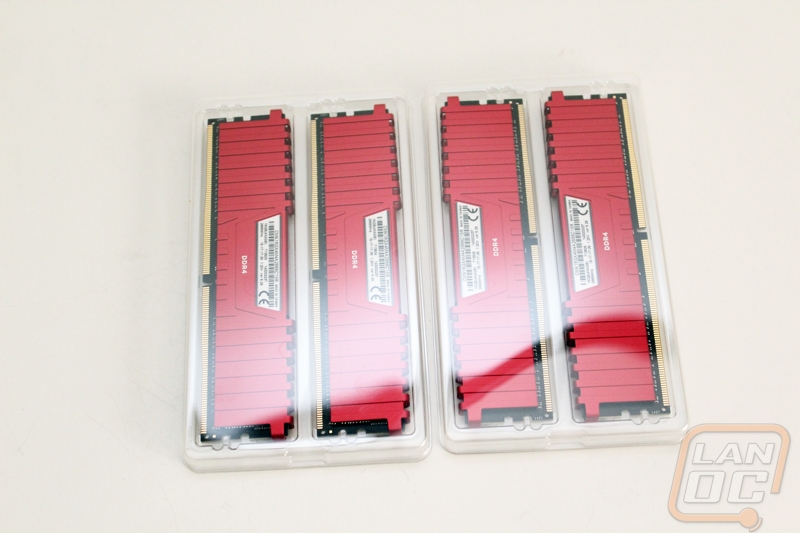 I’ll be completely honest, the RAM market as a whole is a little on the high side right now, this happens every time we go through a transition period like this. That means DDR3 prices are higher than they were this time last year and once the mainstream boards start to move to DDR4 you can expect that those prices to go up even more. On the plus side of things, DDR4 will start to drop as well. Currently our kit from Corsair has an MSRP of $374.99, so on top of picking up the CPU and a motherboard you will need to plan around that additional cost. Lucky for us changes like this don’t happen all that often, DDR3 came out in 2007 for example. 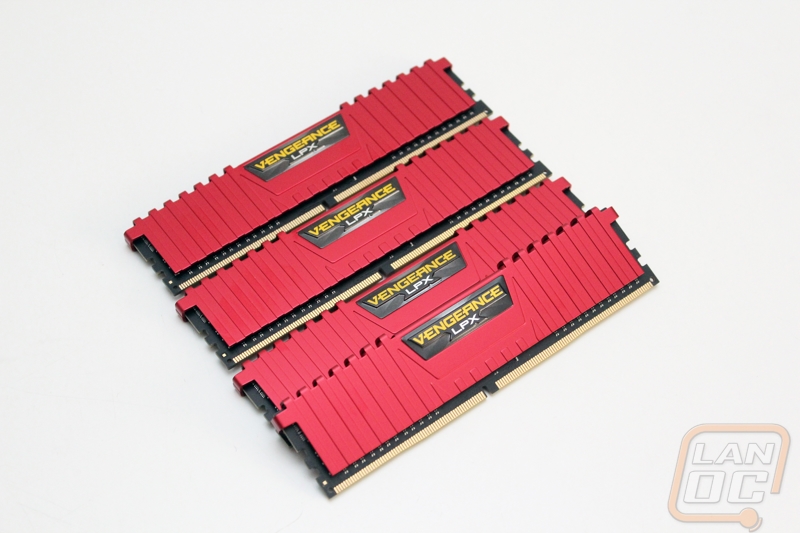 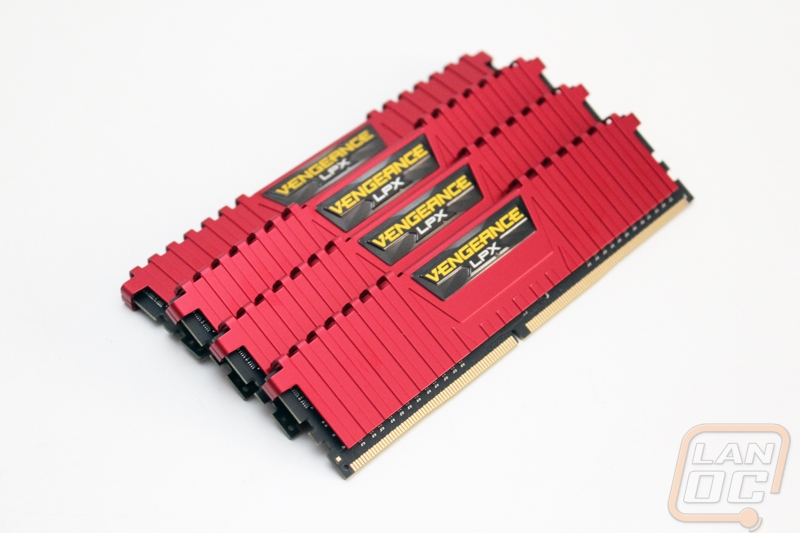 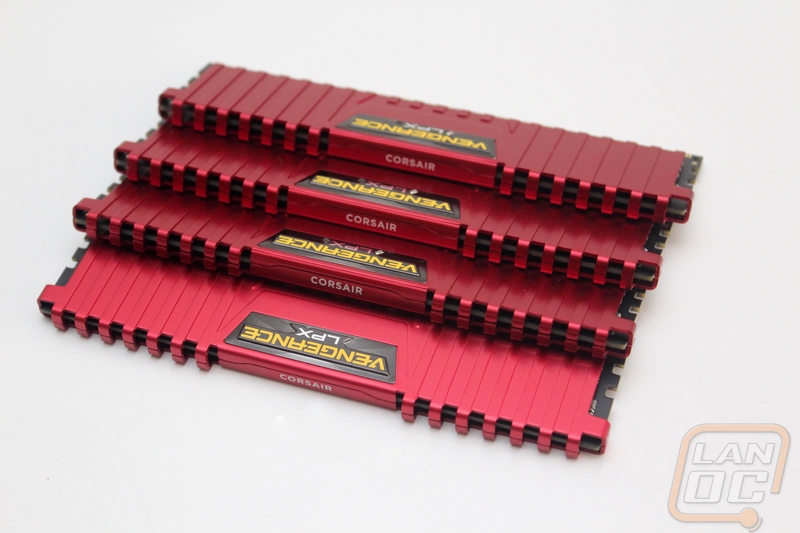 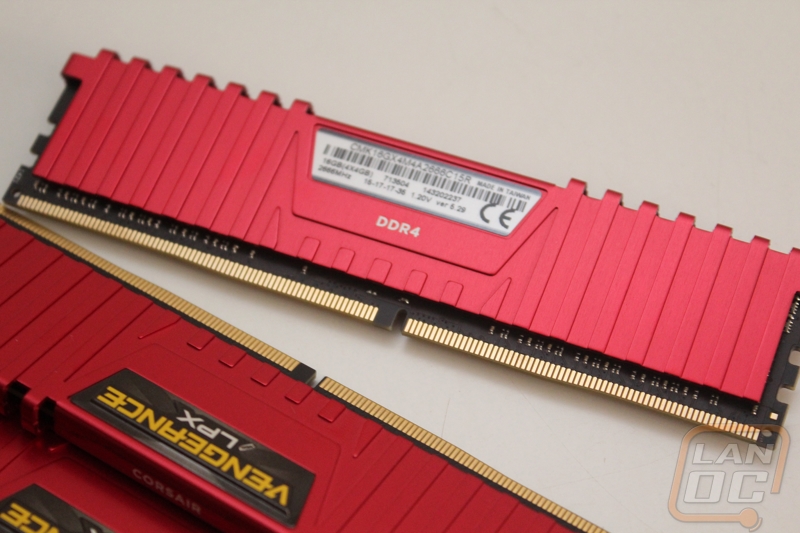 So with the move to DDR4, what is changing? Well the biggest change is the lowered voltage and the increase in transfer rates. We are going from 1.5 or 1.65 to 1.2 volts. This should make a small change in overall power draw but also lower the strain on CPUs that are now starting to handle voltage regulation. The interest in higher transfer rates is fairly obvious, we are going from seeing 1333 and 1600MHz ram in average builds moving to 2166MHz and clock speeds will hit higher numbers easier. Corsair offers a 2800MHz DDR4 kit already, this is basically on par with their highest end DDR3 kits but we should see more advances in it later. The one area that is going to confuse a lot of people is the changes in latency. The latency’s on all DDR4 are going up but because frequencies are also going up it’s a little harder to tell.

Here is a comparison of the ram we are testing (CMK16GX4M4A2666C15R) with that is the second fastest kit in the Vengeance LPX line being compared to the second fastest DDR3 Vengeance kit (CMZ16GX3M4X1866C9R).  To keep things simple I’m only looking at the first number, CAS latency.

As you can see above the difference in latency isn’t as large as the original numbers imply. More importantly we have to keep in mind that this is only the starting point. Historically DDR2 actually slightly out performed DDR3 at launch until they turned up the clock speeds. Most of you might forget, but DDR3 launched with 1066 and 1333 MHz and we now sometimes see sticks capable of up to 3000MHz. Good things are coming in the future of DDR4 if history is any indication. Frankly even now I think it is very exciting.

As far as physical changes, DDR4 looks a lot like DDR3. DDR3 uses 204 pins where DDR4 uses 260 pins. They packed them in my spacing the pins .5mm apart rather than the .6mm of DDR3. Sticks are 1mm wider than before as well. They also moved the notch a little closer to the middle to prevent you from fitting a DDR3 or DDR2 module in a DDR4 slot.

We have 1447 guests and no members online