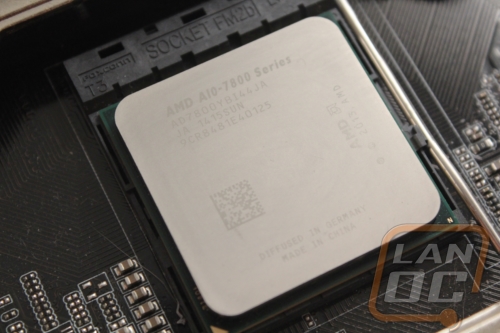 Much like the A10-7850K, once I finished testing the A10-7800 I came out impressed with the onboard performance. It was able to push 3 out of the 4 games benchmarked at nearly the same speeds that the much more expensive CPUs from Intel did. Most games are GPU limited, as long as most of the games you play fall into that category you could easily get the same gaming experience with the A10-7800 as you would a $400 or $1,000 CPU. Even the CPU performance was more than you REALLY need for day-to-day use.  I do still wish that we would see an APU from AMD that could compete on the CPU side with what Intel has out currently though. More importantly in some of our benchmarks the 7800 came in below APUs a few generations old, I would prefer to see improvements across the board generation to generation.

There are two area’s that the A10-7800 really impressed me though. The optimized TDP that runs 40 watts less than the A10-7850K with only a small drop in clock speed is nice. The lower TDP isn’t important in a normal build, but should you decide to build a small form factor PC or HTPC lowering the TDP can mean lower temperatures and smaller power supply requirements. The other perk of the A10-7800 is its MSRP of $155. This is $20 less than the 7850K with nearly the same performance. In the end the A10-7800 is a great pick for an HTPC or small form factor build although I think if you were on a budget you could get away with using it in a gaming PC build. The money saved would be well invested in an even better GPU. That is assuming you aren’t playing to many CPU dependent games like Hitman: Absolution or Civilization 5 of course. 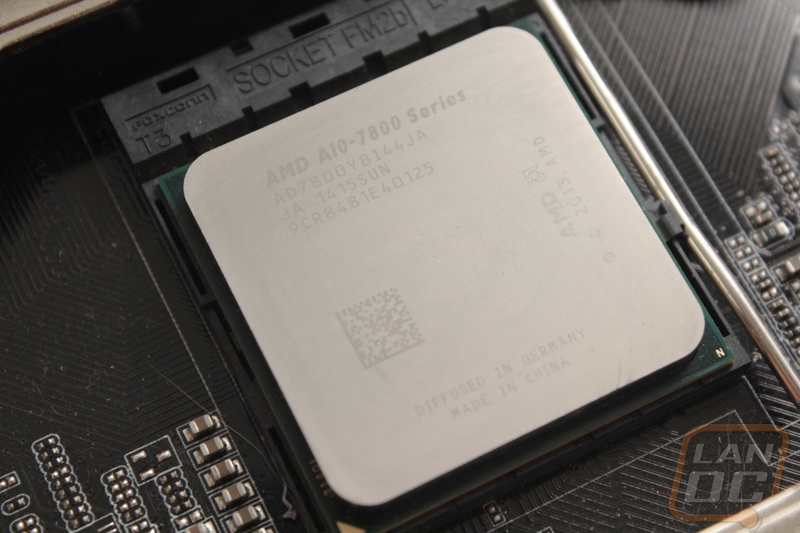 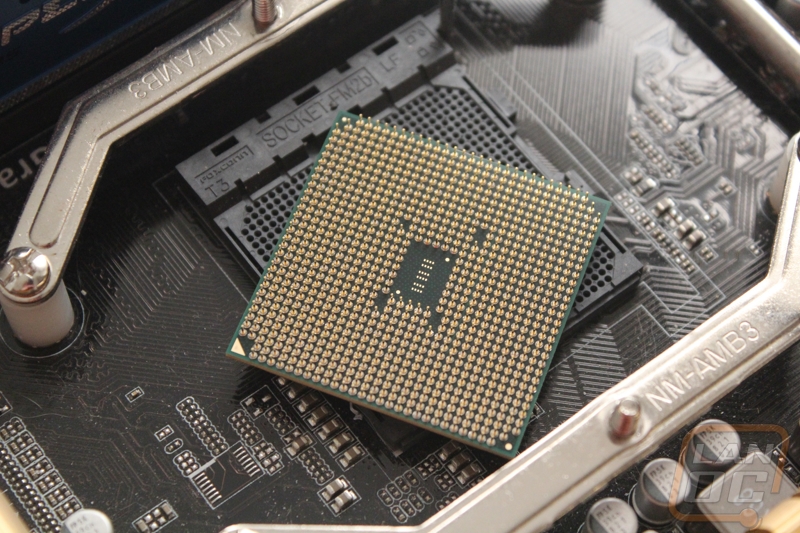 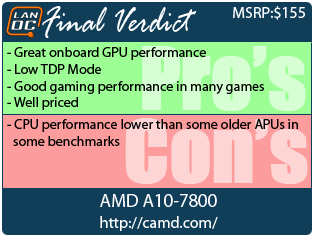 You might call him obsessed or just a hardcore geek. Wes's obsession with gaming hardware and gadgets isn't anything new, he could be found taking things apart even as a child. When not poking around in PC's he can be found playing League of Legends, Awesomenauts, or Civilization 5 or watching a wide variety of TV shows and Movies. A car guy at heart, the same things that draw him into tweaking cars apply when building good looking fast computers. If you are interested in writing for Wes here at LanOC you can reach out to him directly using our contact form.
Discuss this article
Log in to comment
Posts in discussion: AMD A10-7800 Kaveri