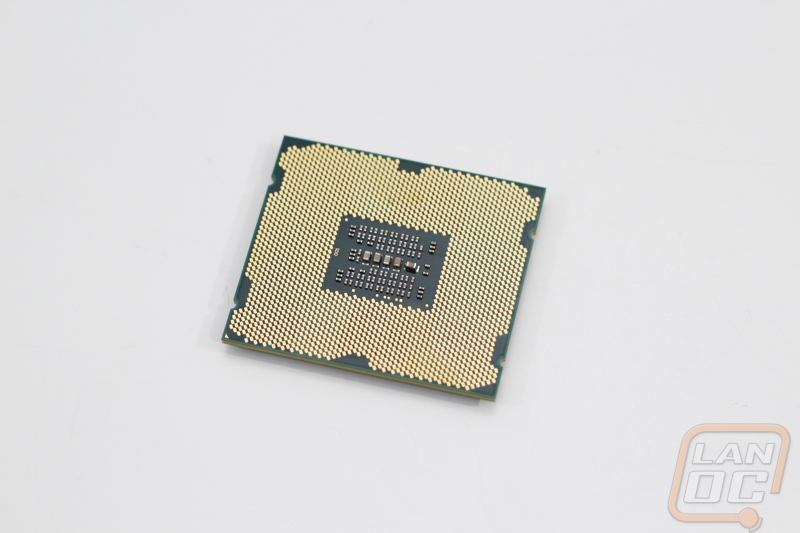 When I first got my hands on the 3960X back at its launch I was blown away by its performance. Moving on to the 3970X Intel once again kicked things up a notch. Now today with the i7-4960X they have once again upped their game. The 4960X topped the charts in almost every single test I through at it and when paired up with those two Nvidia GTX 780 GTXs it really dominated. The same things that made the original Sandy Bridge-E great are still here like their quad channel memory and the higher number of PCI Express lanes you get over a mainstream board. The main thing that sets this apart from the previous models though is the bump in performance as well as a substantially cooler running temperature under load.

The problem is a lot of people who are willing to put down almost 1k dollars on their CPU have already invested in their i7-3960X or i7-3970X, making the market for the i7-4960X a little tougher. I can’t see a lot of people who already have the 3960X or 3970X jumping up to get this, but those who picked up a low end 2011 Socket CPU at the original launch might be on the market for a CPU that is going to give them a big jump in performance without them having to go out and spend more on another motherboard after paying a good chunk of change for their X79 originally.

Considering the performance increase from Sandy Bridge-E to Ivy Bridge-E I really think the sweet spot is going to be with the 4930K with its price being almost half what the 4960X while still getting you a base clock that is only .2 less than the this model and still giving 6 cores. Hopefully we will be able to get one in to put it to the test as well in the future. So at the end of the day would I recommend the 4960X? If price isn’t an object, of course! You aren’t going to find anything that competes with it. I also stand behind the recommendation that more enthusiasts should be looking at X79 for builds due to its additional memory bandwidth and PCI Express lanes. 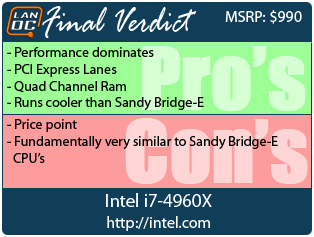 You might call him obsessed or just a hardcore geek. Wes's obsession with gaming hardware and gadgets isn't anything new, he could be found taking things apart even as a child. When not poking around in PC's he can be found playing League of Legends, Awesomenauts, or Civilization 5 or watching a wide variety of TV shows and Movies. A car guy at heart, the same things that draw him into tweaking cars apply when building good looking fast computers. If you are interested in writing for Wes here at LanOC you can reach out to him directly using our contact form.
Discuss this article
Log in to comment
Posts in discussion: Intel i7-4960X Ivy Bridge-E

We have 1306 guests and one member online