To put the 4860X to the test our dual GTX 580 test bench was going to need an upgrade, so we worked with Nvidia to put together two GTX 780s to really push the limits. This should help bring out the differences in CPUs more rather than being limited by video card performance. To go along with the upgraded test bench, I have changed up our in game benchmarks as well. I did test the 4960X with our previous tests as well for comparison purposes but in the future we will be moving to the new in game benchmarks as they are a better representation of what people play today. 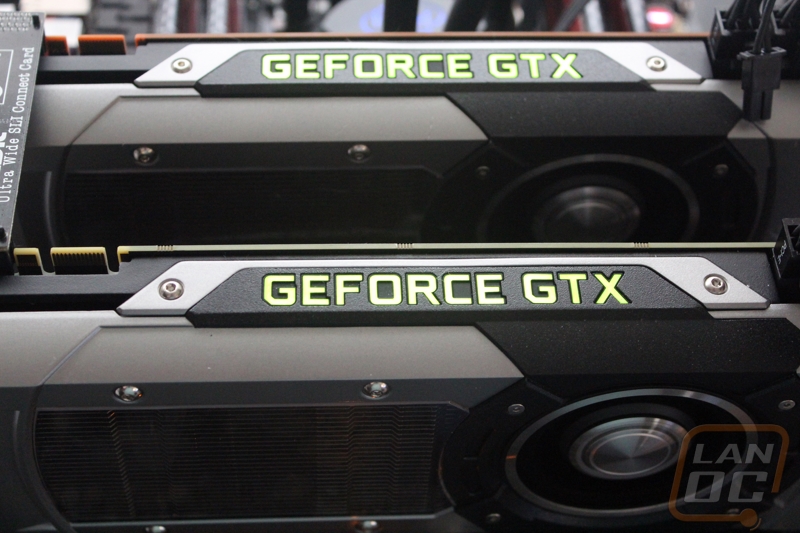 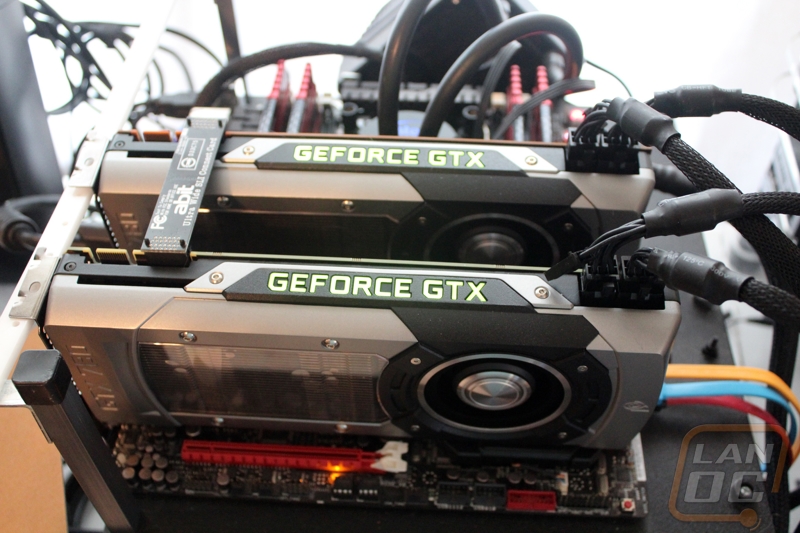 Before we jump all the way into game performance, let’s take a look at the 3DMark Vantage and 2011 results. These are only for the CPU scores, so these do not take into account the GTX 780s. As you can see the 4960X is right at the top of the charts on both benchmarks. Each has a fairly large gap between the 4960X and the 3970X let alone the more comparable 3960X. 3DMark Vantage favors the number of cores more where in 3DMark 2011 clock speed is taken into account more. You can see this by checking out the location of the 980X in each test. 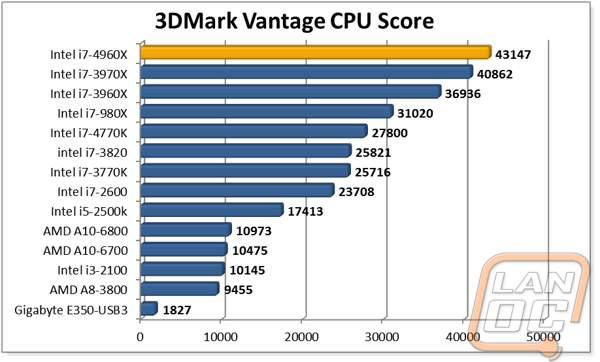 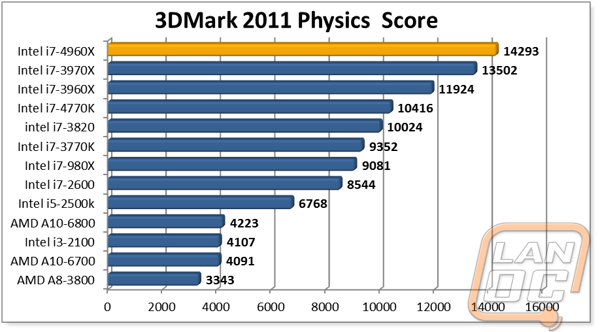 The difference between the 4960X and the 3970X isn’t as noticeable in game but you can really see the difference when you compare to the i7-4770K. The 4770K is a fast CPU but the 4970X pulls ahead with its additional cores, memory bandwidth, and PCI lanes.

Not surprisingly in our old benchmarks the 4960X was at the top of the charts as well. 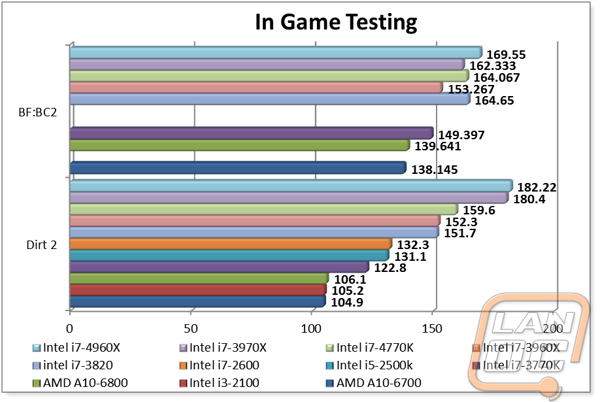