i3 vs i5 vs i7 Sandy Bridge comparison - Overall

When it’s all said and done your choice in what CPU to buy is very dependant on what you plan on using your PC for. If you will need to do a lot of zipping of files you are going to see a major improvement by going with ether the i5-2500 or the i7-2600. The i7-2600 is going to earn its keep if you will be working with heavily multithreaded programs like Photoshop and rendering software, but if you don’t think you will be doing that to justify the $85 bump in cost over the i5-2500 you won’t miss it. The most impressive thing I found in my testing was the in-game performance from CPU to CPU. As a gamer I want the best hardware for my build to edge every ounce of performance out of every game. As it turns out almost every game we tested showed little or no reason to go with anything beyond the i3-2100. The next time I am looking at a budget build there is a good chance I may be recommending going with the cheaper i3-2100 and putting that extra $175(or $85 if you were coming from the i5) toward a better video card. That’s the most impressive thing: Intel managed to put together a nice selection of CPU’s ranging from just under $125 to almost $300 that ALL perform great. 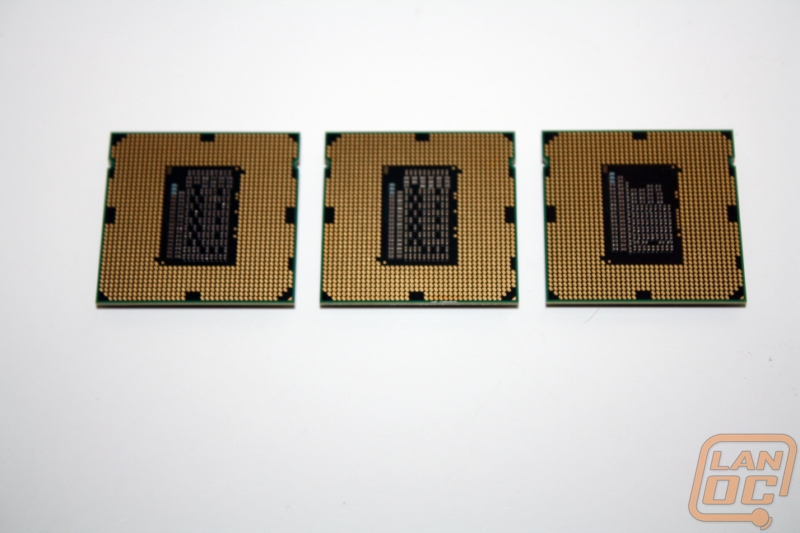 For value as a gamer the i3-2100 blows my mind. But if you are looking for top level performance on a budget the i5-2500 is the CPU. The difference in performance between the i5 and the i3 gives a noticeable boost in all of our non-gaming benchmarks. The same can’t be said for the jump from i5 to i7. Even though there is a noticeable improvement in a few situations, most of our benchmarks only show a slight boost for the small clock jump. Because of that the i7-2600 can only be recommended when under a much looser budget, it’s hard to pay 42% more for the i7 and only see around 5% increase in performance in most cases. 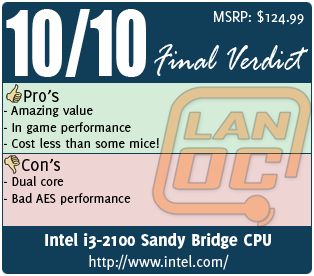 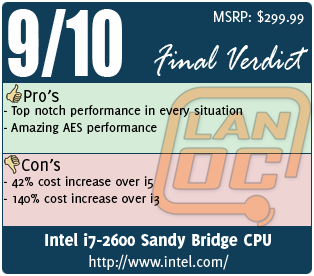 You might call him obsessed or just a hardcore geek. Wes's obsession with gaming hardware and gadgets isn't anything new, he could be found taking things apart even as a child. When not poking around in PC's he can be found playing League of Legends, Awesomenauts, or Civilization 5 or watching a wide variety of TV shows and Movies. A car guy at heart, the same things that draw him into tweaking cars apply when building good looking fast computers. If you are interested in writing for Wes here at LanOC you can reach out to him directly using our contact form.
Discuss this article
Log in to comment
Posts in discussion: i3 vs i5 vs i7 Sandy Bridge comparison

LinkyPwns replied the topic: #16661 12 Jul 2011 21:16
Thanks for the review Garfield. This will defenitly help those looking to build a new system, or potentially an upgrade
Read More...

We have 1491 guests and one member online