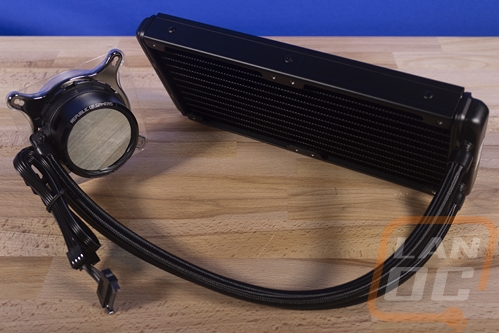 Unlike most other AIO water cooling kits, the Ryuo does have software, lighting, and the OLED screen to worry about in addition to the normal performance testing. So the screen uses a program called ROG LiveDash. Asus has used this in the past with their OLEDs on their motherboards so a few of you may have used it before. The Ryuo opens up a second tab up on top for an AIO Cooler and the other tab up top is still there even if you aren’t using a board with one. In addition to that, I’m not sure that Asus has support for this software working on boards other than Asus motherboards. I was told that support was coming for them, but I tested the screen on an Asus motherboard so I had no indication if the fix is in for that just yet. So there is a good chance at least right now that you can’t adjust the OLED screen on the Ryuo if you have another brands motherboard.

So the software has four tabs over on the left for all of the different things you can do. The first one is if you want to run a hardware monitor on the screen and this was honestly the most interesting aspect for me. You can select up to five options and it will rotate through them. As you can see there aren’t a lot of customization options for this stuff yet, I hope Asus continues to flesh this stuff out because I would love to pick different readout options. For example old ’80s style RPM dashes to show from good to bad. Also, stuff like CPU/GPU usage and other readouts could also be useful. GPU temperatures as well, I think I might be able to keep coming up ideas all day to expand this. But for now there are a few options, but everything under Watercooling didn’t work. I assume the Ryuo doesn’t have those sensors. 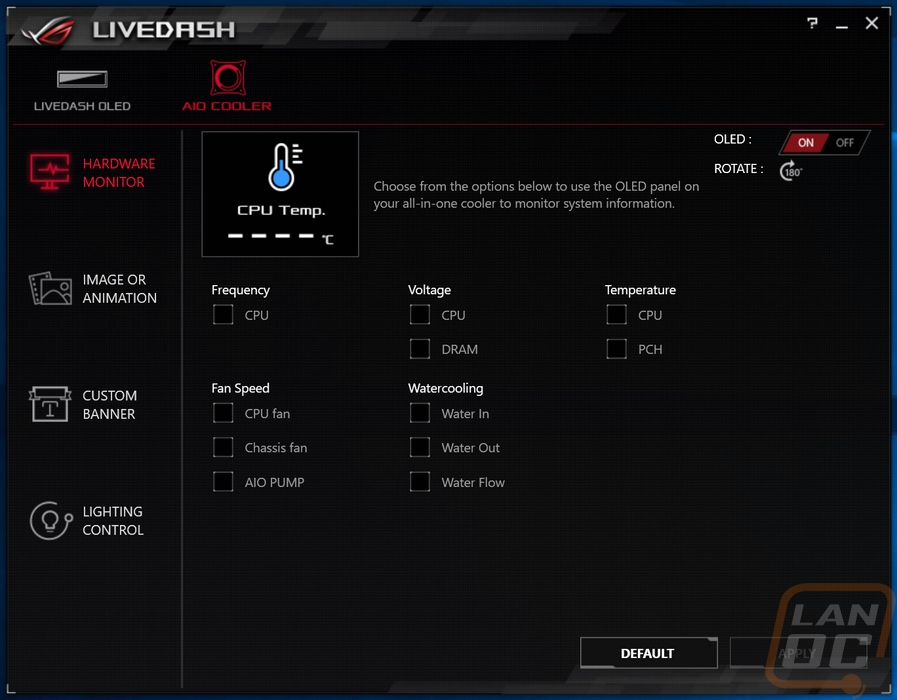 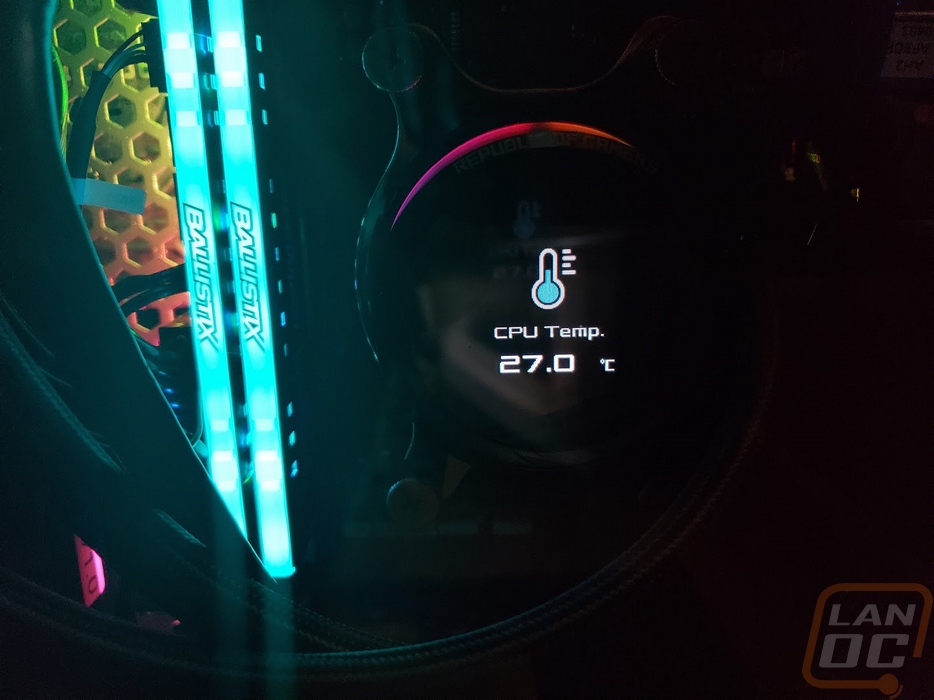 So by default, the screen runs an animated ROG logo but you have a few options if you like that to flip between different ROG logo styles or to a static image. This is also where you can upload your own custom image. Support for that is just finally getting going, reading online most people couldn’t get anything working. But I did manage after reflashing the firmware twice then designing my own LanOC logo icon. The software could be a little more useful by letting you know if it worked. Even better would be the option to save images that worked in the past and to be able to flip through them like the ROG logo options. That said, the LanOC logo looked good. But I think the best part about this is creating a logo and or name for your build and having it show inside of your case. 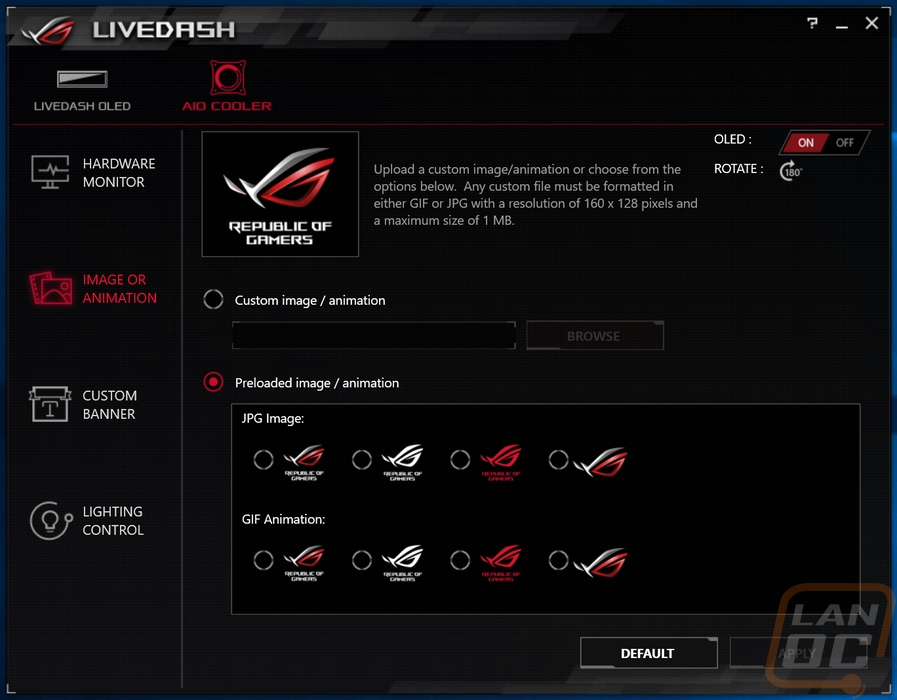 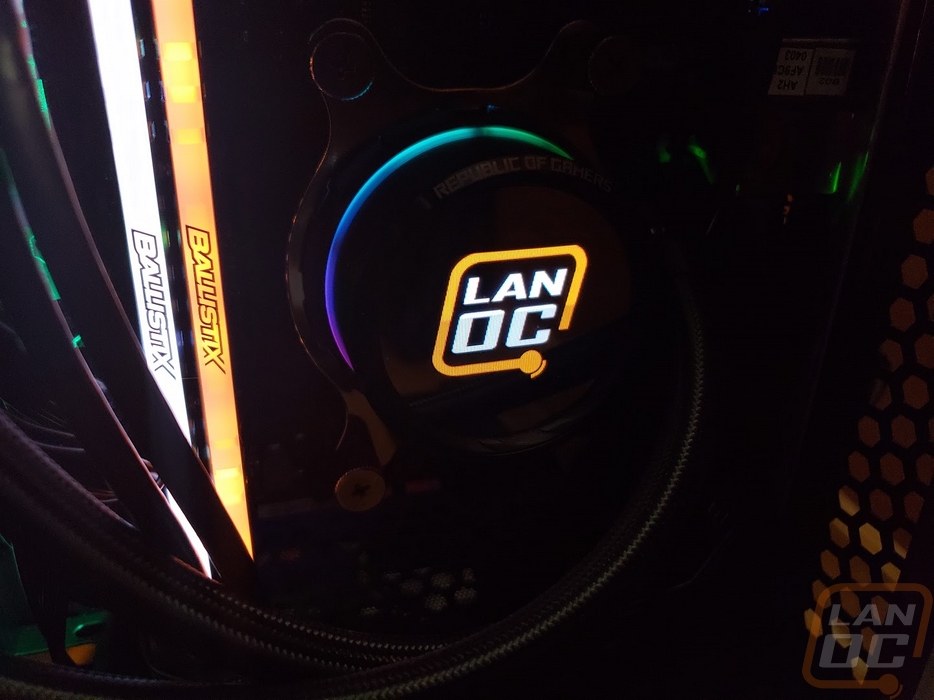 The custom banner page is if you want to put text on the screen but you don’t want to create a file for it. You can pick from three ROG backgrounds and then put text on it. This is super basic and the single font used ends up looking bad. Having a few non-ROG backgrounds or just a black background would be nice. Font and text size options as well would really make this work or going beyond that effects like scrolling text or fading in and out between words could all improve this. The base functionality is there and this could be really awesome but I can’t help but feel like this is still very early. 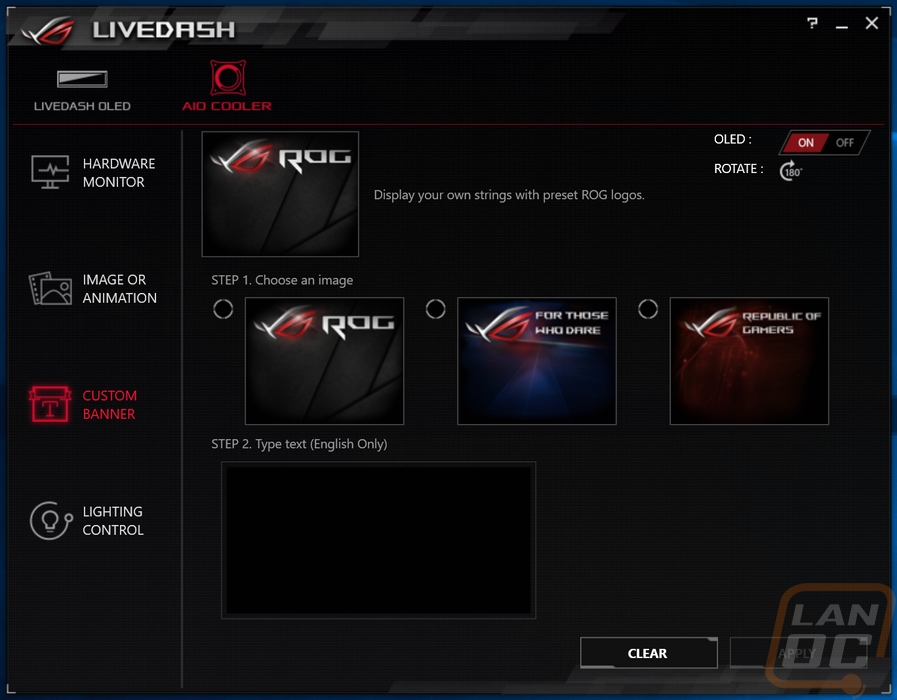 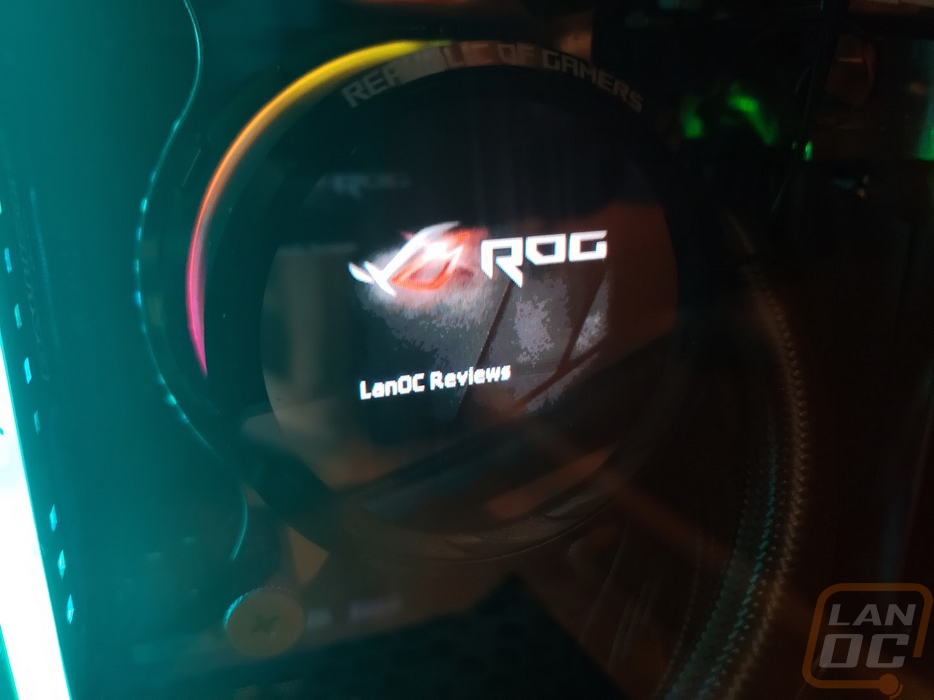 In addition to the screen, there is that RGB right around the cooler. You can pick from a list of effects for the lighting and it is addressable so you can run more than one color at a time. Actually having the option to set the color on each of those LEDs would be nice. More importantly, I couldn’t get Asus Aura to work with this, it might have just been me but I think getting it all tied into that system would be ideal. 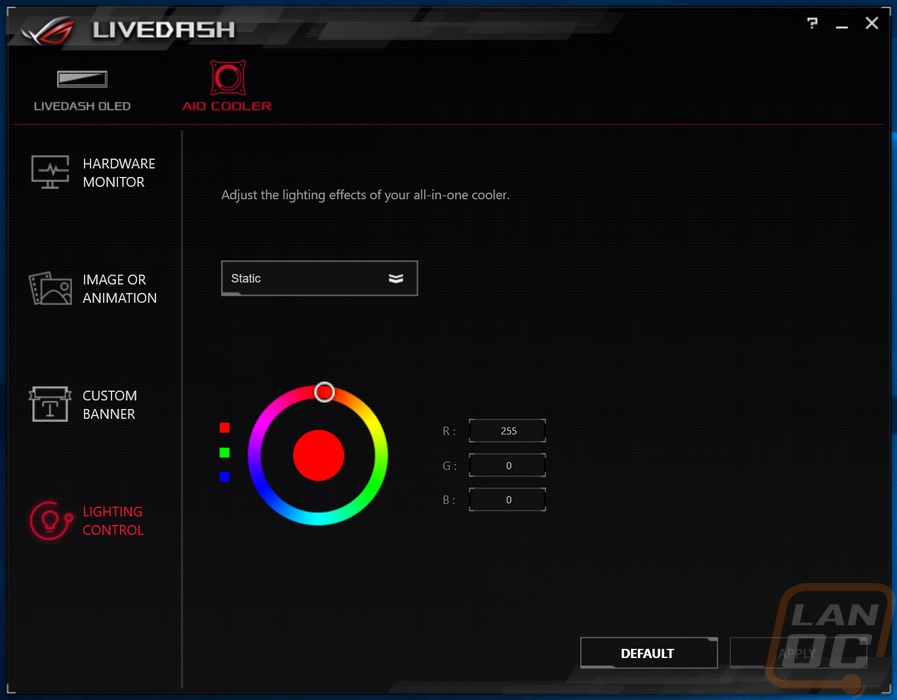 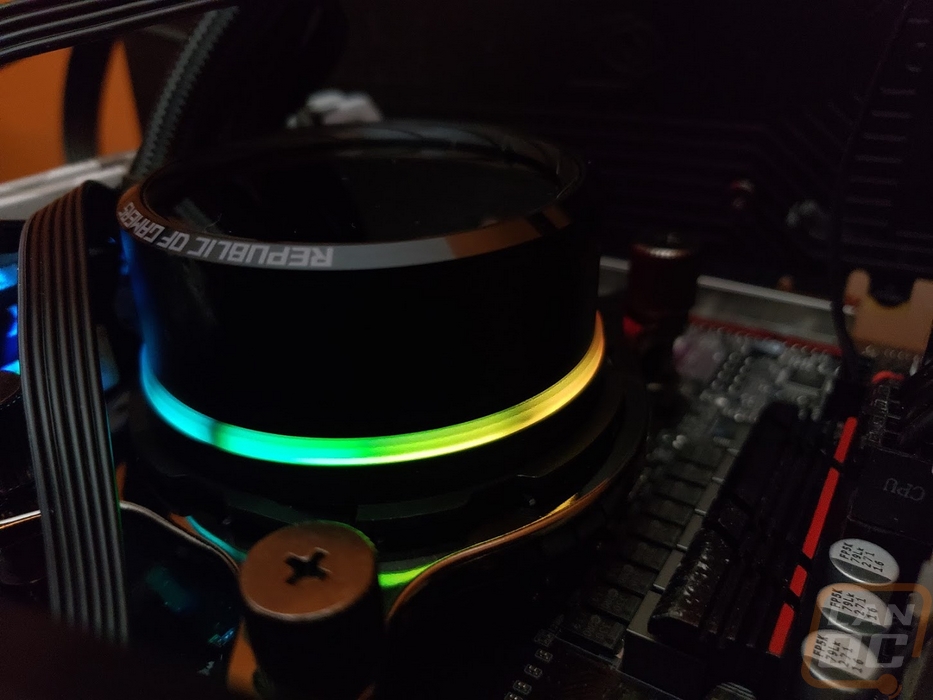 We have 1407 guests and one member online