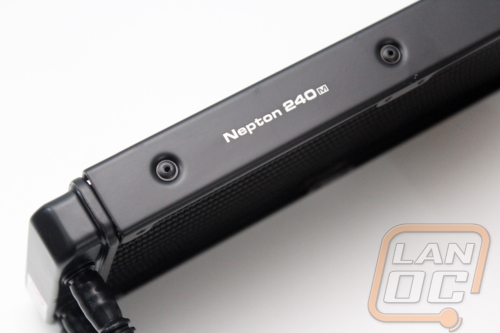 Without a doubt over the past few years manufactures have made major improvements in the brackets for water cooling kits. It used to be a two person job to install a kit because you needed to hold the rear bracket, hold the pump, hold the radiator out of the way and also screw in the screws at the same time. For the Nepton 240M things went much easier than that, without an extra set of hands even. Cooler Master has you install the back plate first, attaching it to your motherboard using the same tall bolts that the pump also screws into. From there you need to install two brackets onto the pump. The brackets have the screws and springs built in already. With those installed you just make sure you have thermal paste (it comes with the kit, you just have to apply it) and screw all four screws down. 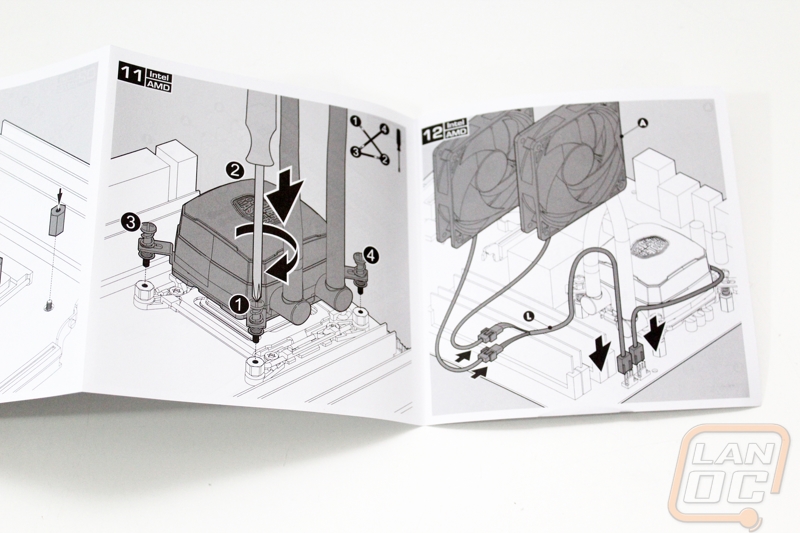 From there you will need to install the two fans onto the radiator. Depending on your case configuration you might be installing using longer screws that also attached the radiator to your case or you might install the fans using shorter screws and then install the fans/radiator combination using small screws into the back of the radiator. Both are easy to do and both types of screws are included. From there you need to plug in the fan plug from the pump into the CPU fan header on your motherboard and then use the included fan cable splitter to combine the two fan cables into one to plug into your second CPU fan header. The installation shouldn’t take more than 20 minutes assuming you can get to the back of your motherboard and you can expect both Intel and AMD installations to be similar only with different backplates and pump brackets. 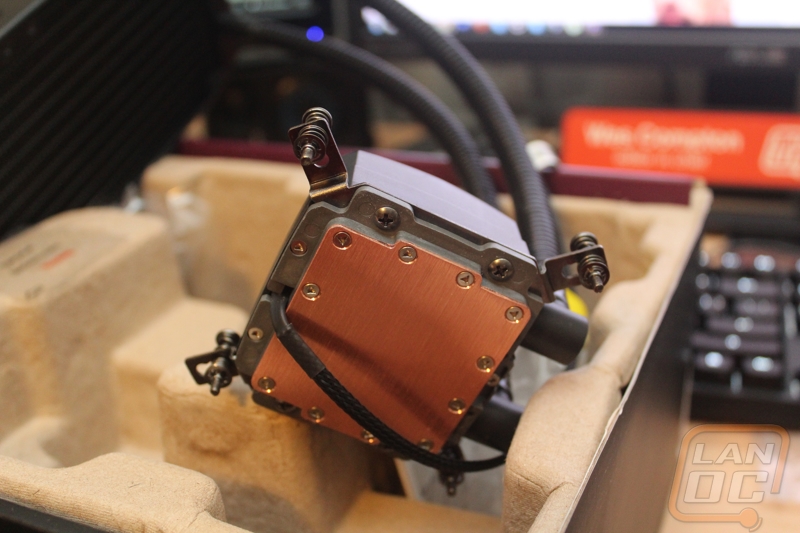 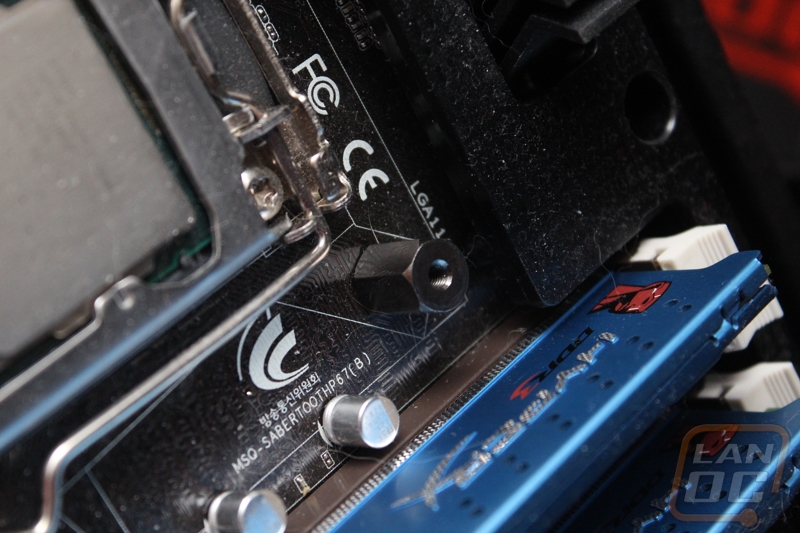 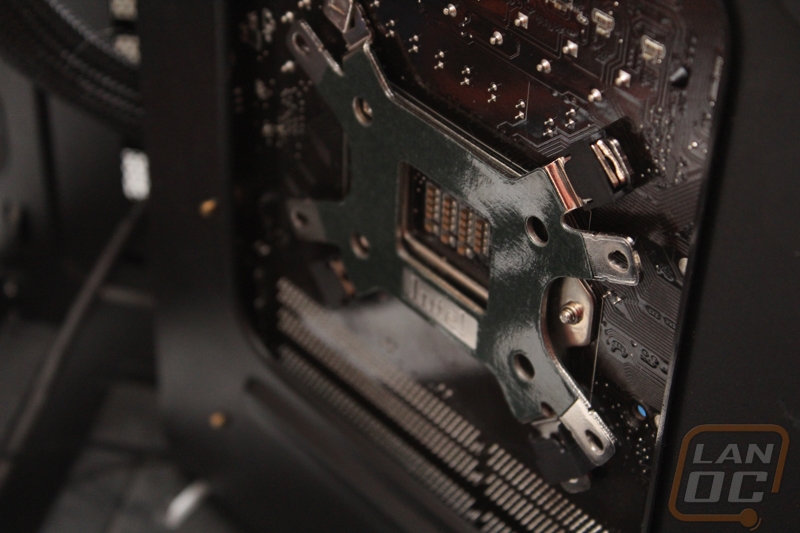 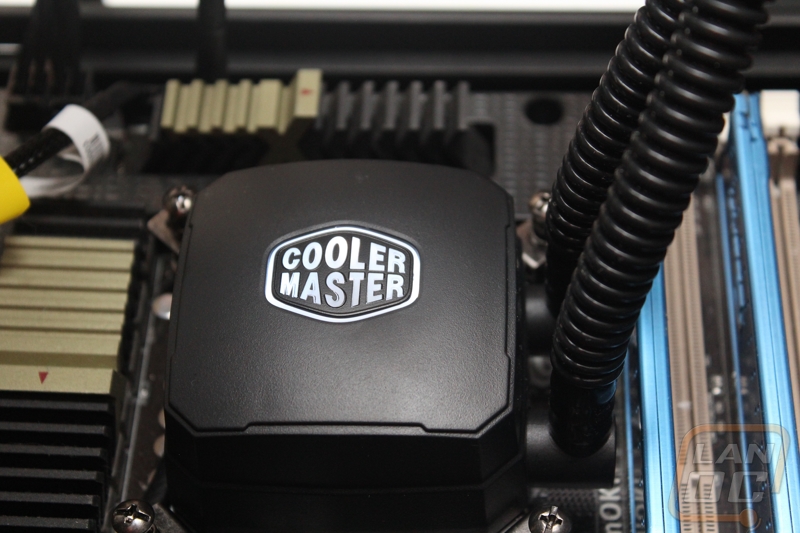 Full disclosure. While the installation ended up being easy. I did run into a few issues with the installation kit from Cooler Master. My initial kit ended up stripped out because the screws on the Intel mounting kit had jagged ends on them, causing them to cross thread. This type of thing happens sometimes and it wouldn’t even be worth mentioning but on my second kit the screws had a similar end on them and this time there were additional problems. The preassembled screw/spring design on one of the Intel brackets had come apart in shipping. Putting it back together wouldn’t be an issue if they used a C clip but they use a full O clip so I did have to work hard to get it back together. After that I found out that one of the plastic clips for the backplate was also missing in our second kit. SO in the end, the installation isn’t bad assuming you have everything you need. If you pick up a 240M I would suggest checking to make sure all of the parts are in there and in good shape before starting on your installation. This was most likely just an issue with the batch that they got in for marketing, but if it isn’t I want to make sure people know to look for it.

We have 1773 guests and one member online