Starting with our peak test results we see the clear increase in performance from the smaller NH-U12S to the larger NH-U14S. More importantly we see the U14S manages to even outperform the Corsair H80i, an AIO liquid cooler in a double fan setup. RAM temperatures are middle of the range as we’ve seen with most horizontal oriented tower coolers. In both capacities we saw increased performance from the dual fan setup backing up the support for a second, optional fan. 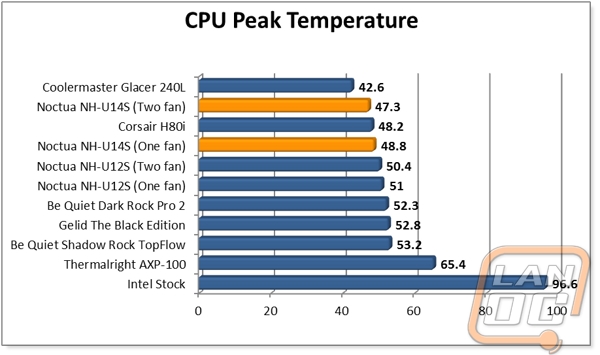 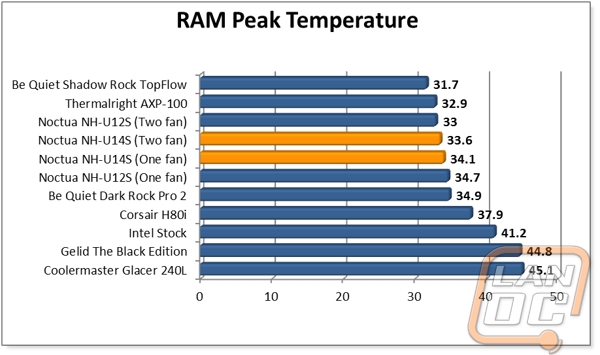 As we move on to our real world results we find that the NH-U14S takes over the top spot for all air coolers we have tested thus far. RAM temperatures are again in that middle of the range for tower coolers. The dual fan setup again showed itself to be superior. 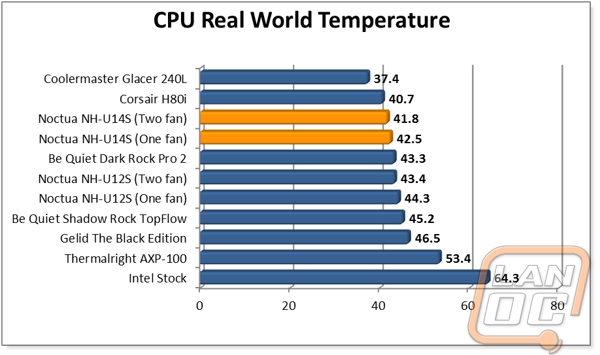 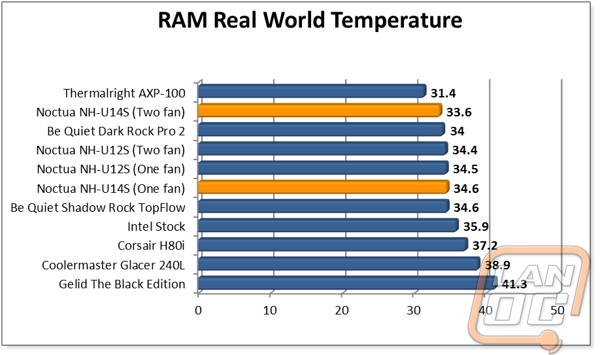 Our noise measurements were taken during the peak test with the fans spinning at 100% RPM and not using the included Low-Noise adapter. Even with this seeming handicap the single fan setup proved to be the quietest cooler we have ever tested with the average measurement dropping below the 50 dbA level. The double fan setup drastically increased the noise level of the cooler at 100% and it is also of note that this increase in noise produced a rather distinct whining sound at 100% that some could find annoying. This whine can, however, be combated by using the wider dampening pads included with the NH-U14S optional second fan installation kit. Still with the increase in performance it is up to your personal preference as to whether you value silence or cooler temperatures more. 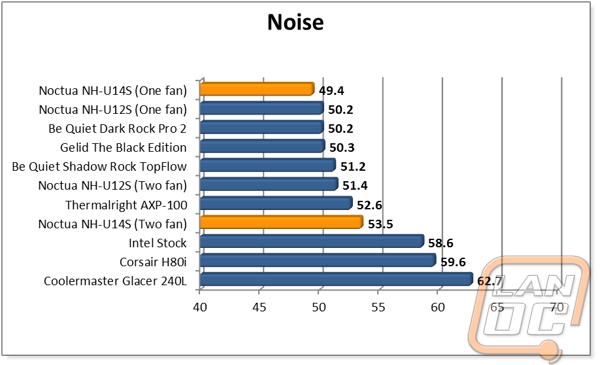