The NH-U14S comes packed away in that familiar, sleek Noctua packaging. There is already reason to be impressed as the front of the box announces full RAM compatibility on LGA2011 setups as well as a more reasonable size which, as we saw in our U12S review, doesn’t always mean a loss in performance. The last thing of note here is that the U14S uses the high quality NF-A15 PWM fan to move its air. 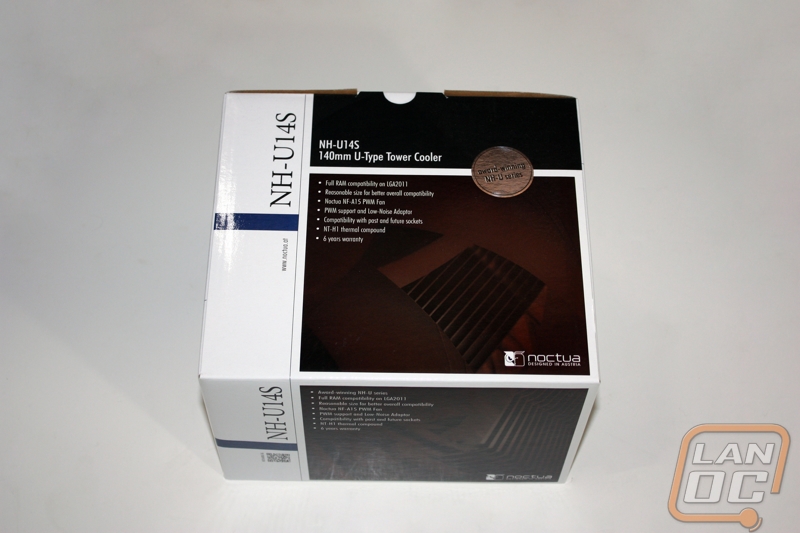 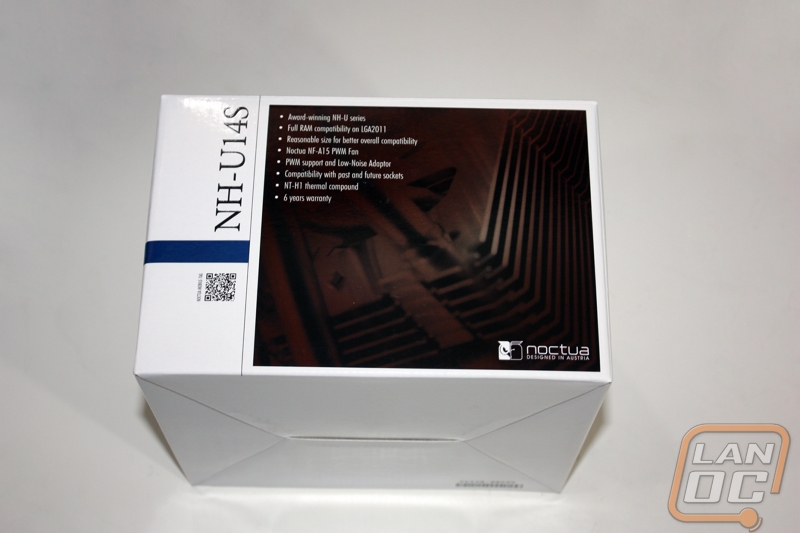 Rotating to the side of the box we find our specifications and measurements. The 165mm height is low enough to fit most high end cases but it is something to be aware of that. The memory compatibility is also easy to see with the 52mm (2.05in) width of the base cooler which only grows to 78mm (3.07in) with its fan attached. 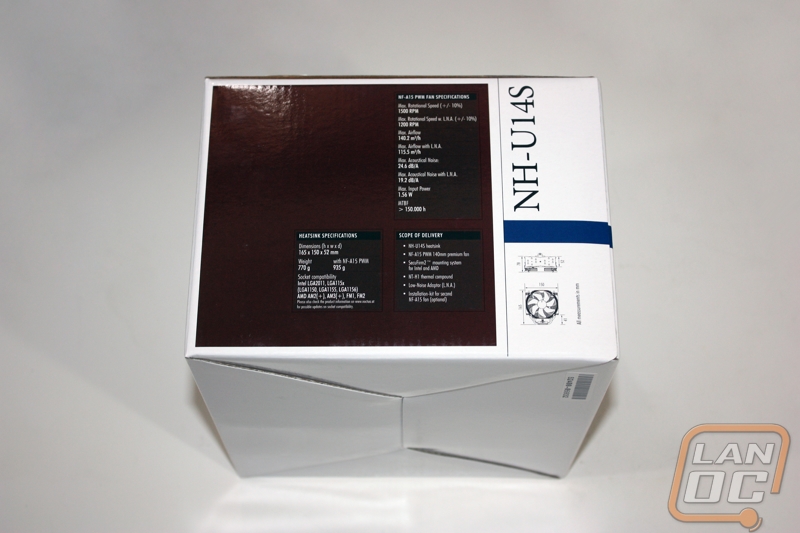 A more in-depth description of the NH-U14S’s features appears on the other side of the box and touches on most of the points we already have. The U14S uses the SecuFirm2TM mounting system much like the U12S so we expect much of the same as far as installation goes. 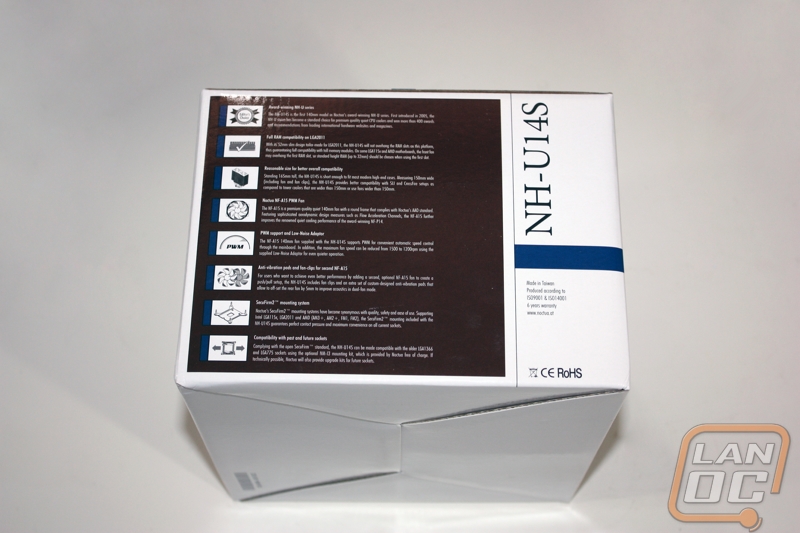 Opening the box we are first introduced to our included extras. Here we get our mounting kits for both Intel and AMD sockets, mounting equipment for a second, optional, NF-A15 fan, a full tube of Noctua’s NT-H1 thermal paste, a Low-Noise adapter and the always awesome included screwdriver. 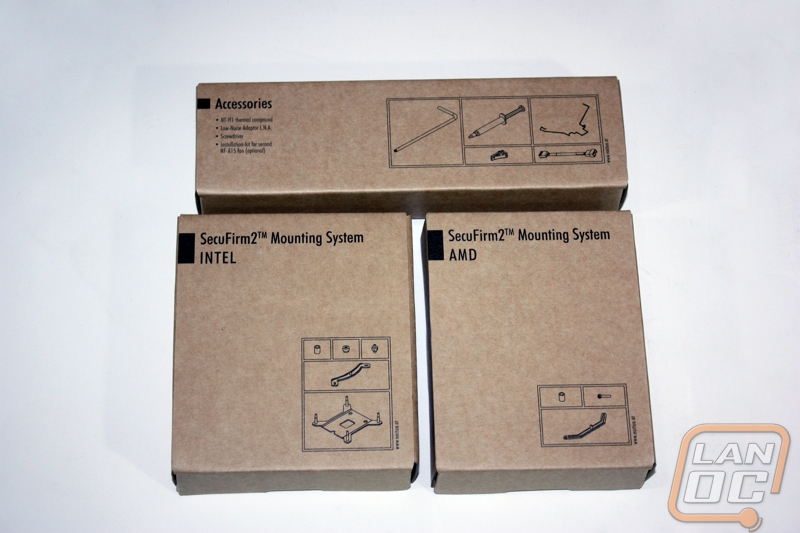 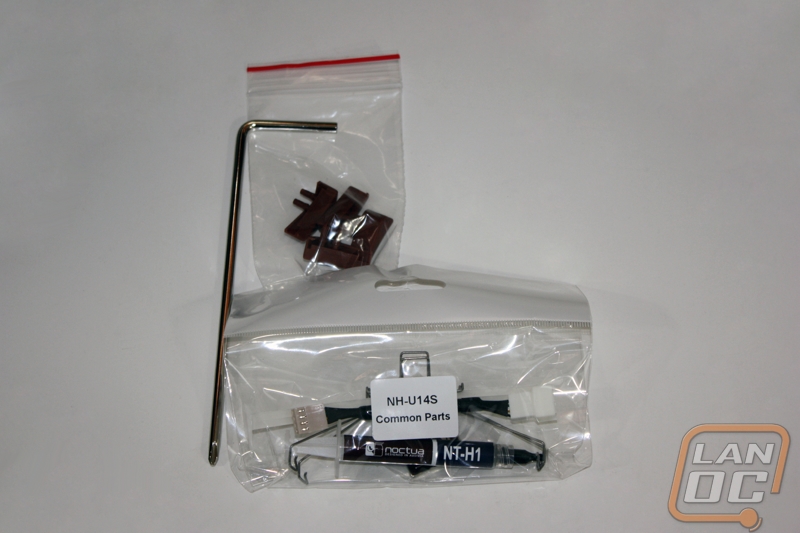 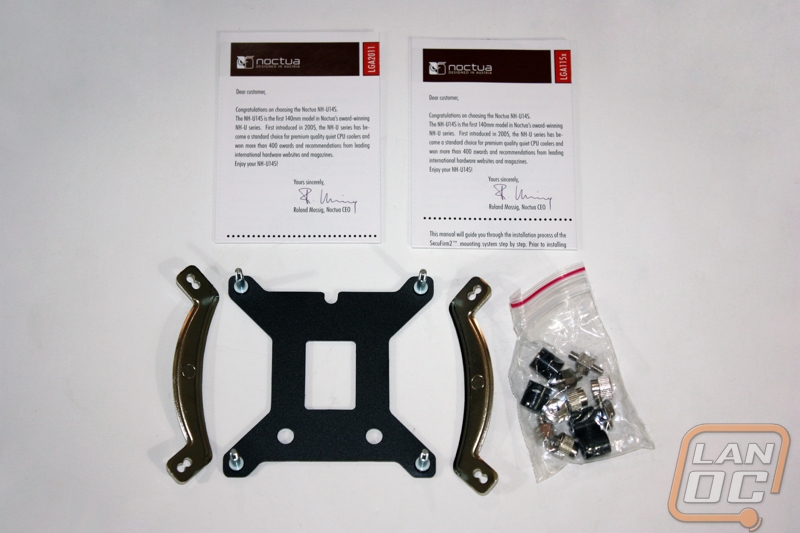 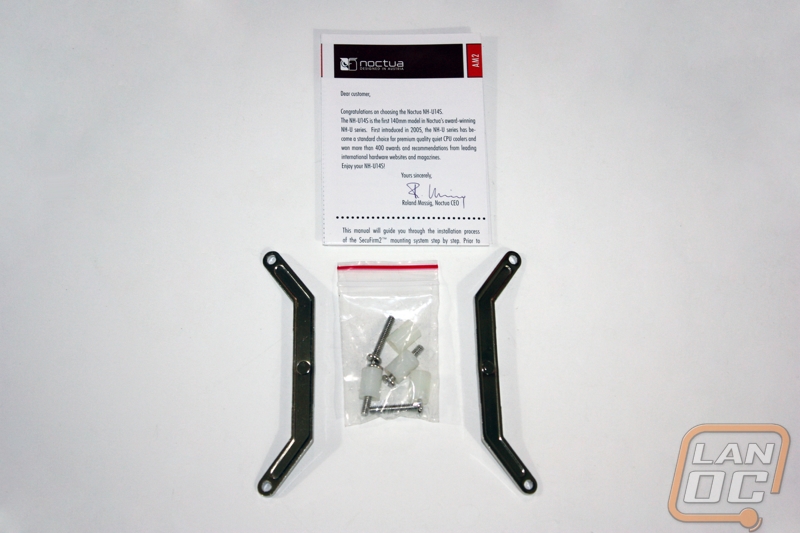 Next, included with the NH-U14S is the NF-A15 PWM fan that moves quite an impressive amount of air at 1500 RPM for a pretty low sound footprint that you would expect from 150x140mm fan. 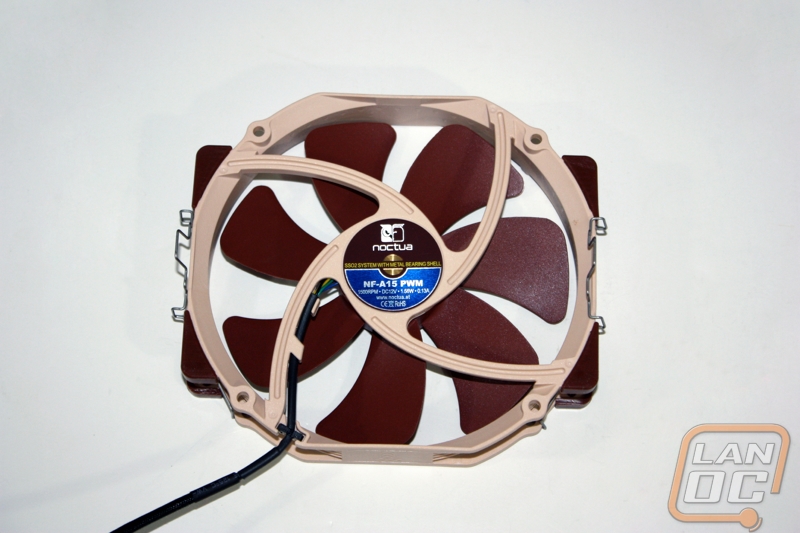 Finally we come to the U14S cooler. The sides are folded over along the sides to create the standard air channel across each of the fins though we do actually see a change in fin width near the bottom of the cooler for, likely, more efficient heat distribution. 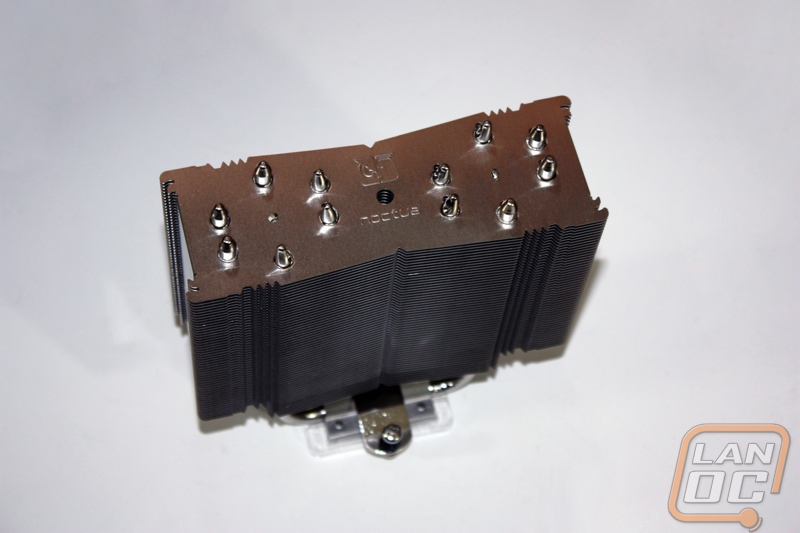 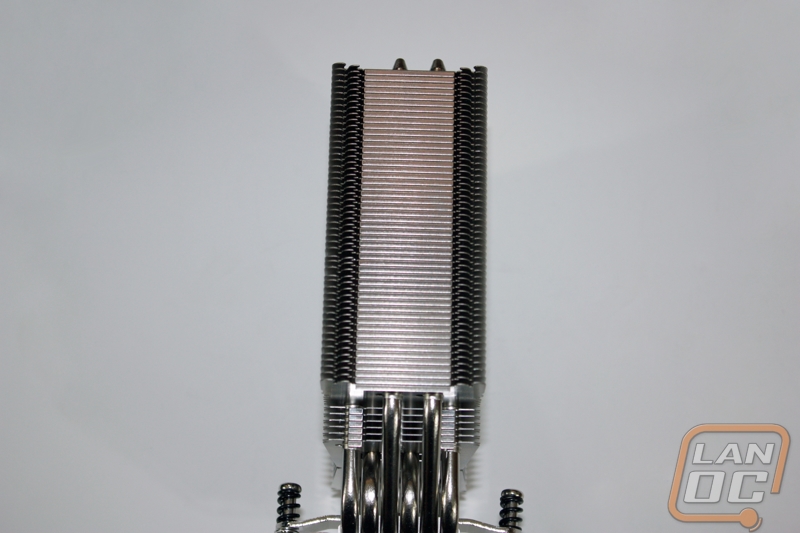 The NH-U14S uses six heatpipes running through the nickel-plated copper block in the usual manner. The heat block is much like the NH-U12S it that it is slightly grooved as opposed to being mirrored finished to slightly increase surface area contact with the thermal paste. 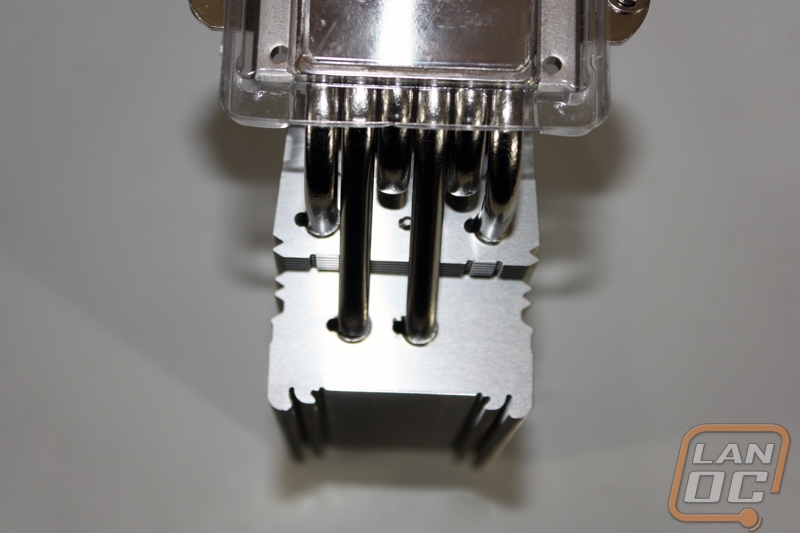 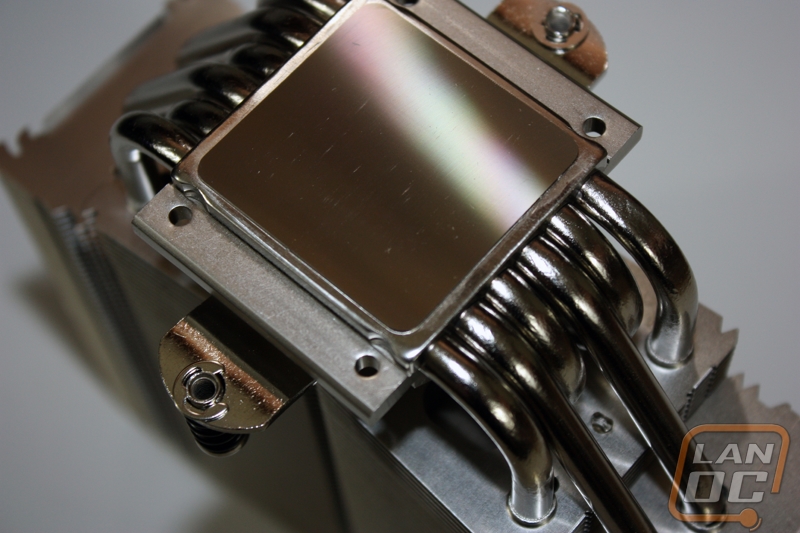 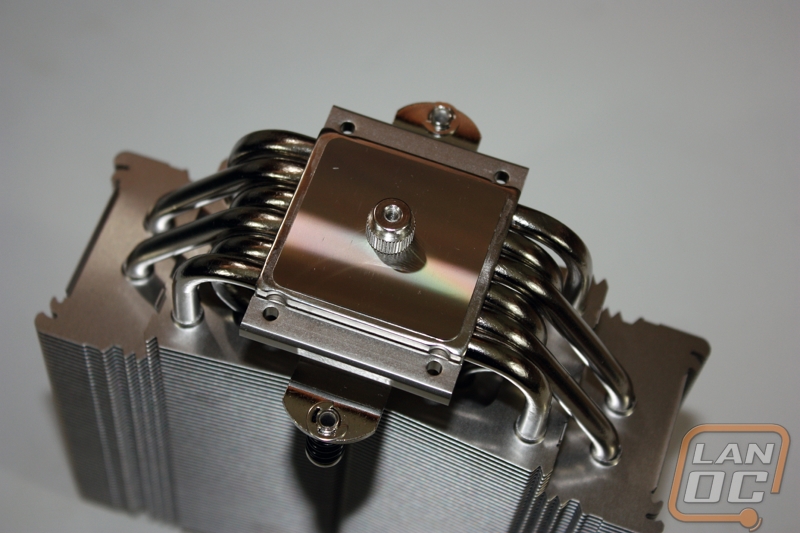