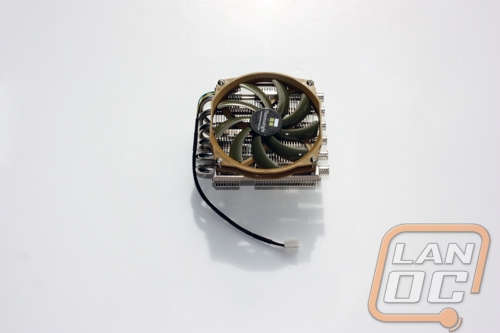 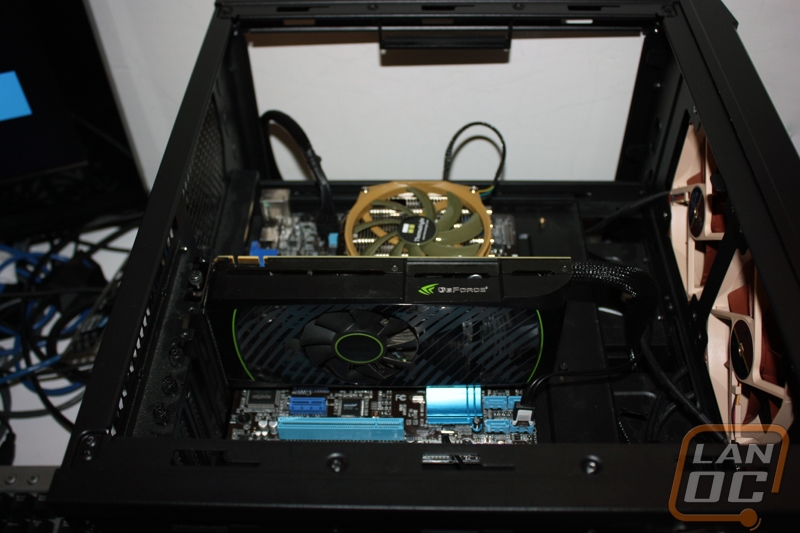 All tests will be performed using Noctua NT-H1 thermal paste in order to eliminate that variable from testing. CPU temperature reading will be taken using RealTempGT, RAM DIMM temperatures will be taken with a non-contact infrared thermometer.

The first point of note is we chose to use an m-ATX motherboard for the review because it gave us enough space to test in our typical manner. In a typical installation the AXP-100 would be called upon to cool more than just the RAM and CPU. The AXP-100 is rated to fit with any production ITX GPU as long as the card doesn’t have any passive cooling on the underside of the pcb.

We have 1170 guests and one member online