A few years ago if I told you that the Ram manufacture Corsair was going to make a name for themselves in the cooling market you might have laughed me out of the room. A few short years later they have not only made a name for themselves in cooling, but in audio, power supplies, ssd’s, and cases. Looking back, the reason they have been so successful is probably because they can look at a problem  and break it down to what the enthusiast really needs and then focus on making it the best product in that nitch. Today, we are going to take a look at the H50 their first foray into the cooling market to see if it is still the top performer that has made it so popular over the last two years. 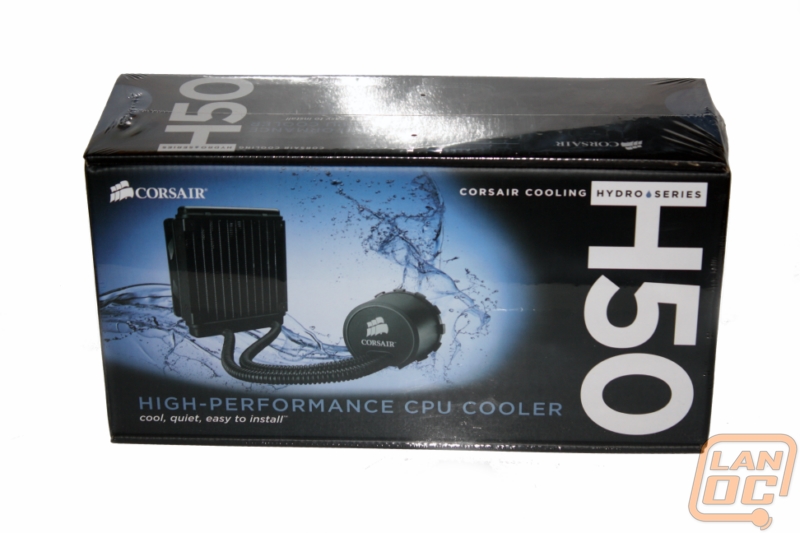 The H50 comes in a box similar to a power supply box with a large picture of the H50 on the front. On the off chance that you missed out on the product name H50 can be found in obnoxiously large letters both on the front and top of the package. Around back they have three photos of important parts of the H50 (CPU plate, radiator, and fan) along with short descriptions written in six different languages next to them. The other half of the back of the packaging includes a comparison between the H50, a stock cpu cooler, and a high performance cooler to show off its performance. Inside, beyond the bright red STOP don’t return to the store page you will find the entire setup tucked away in a recycled paper shell. The pump/cpu plate is wrapped in a plastic bag along with a plastic shell over the CPU plate itself to protect the preinstalled thermal paste. 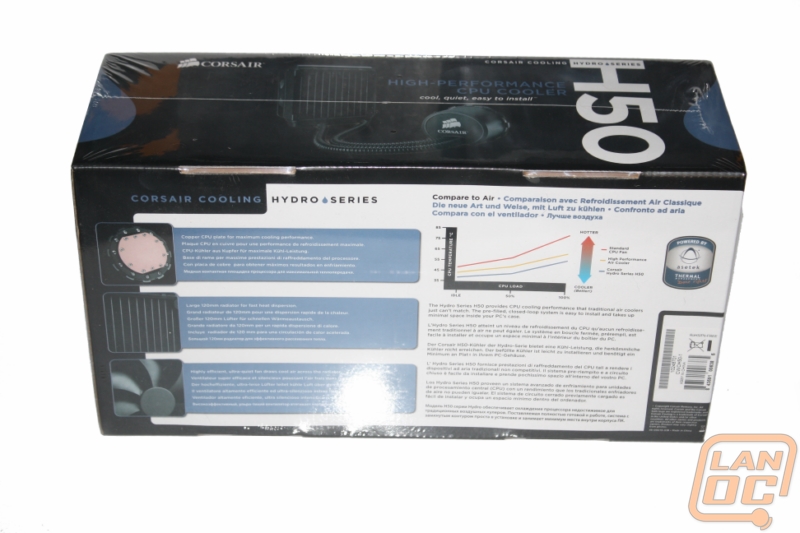 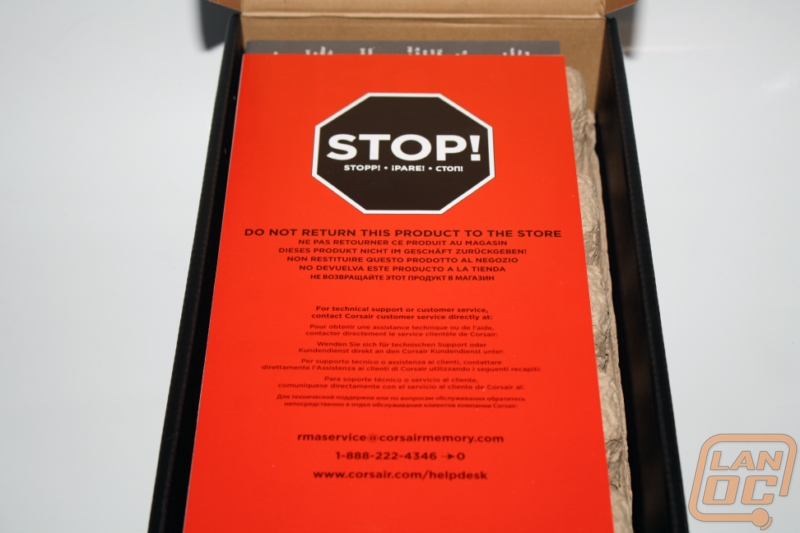 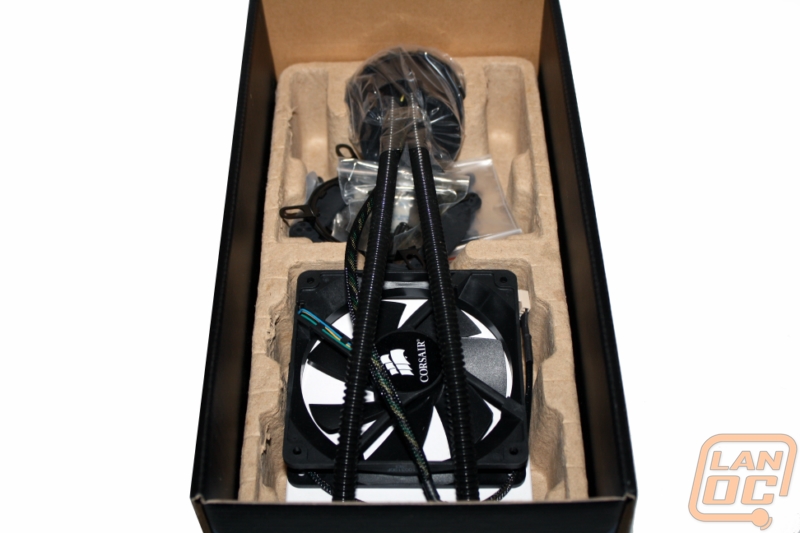 Having installed everything from full water cooling kits to every variation of heatsink I wasn’t sure what to expect with the H50. The idea of the H50 is to make water cooling simple, but from past experiences it is never as simple as you would think it would be. The H50 comes with two different brackets, one for Intel chipsets and the other from AMD. The Intel has three holes in each corner to allow it to fit 1155/1156, 1366, and 775 sockets. For our testing we are using the LGA1366 holes. The plastic bracket mounts to the bottom of your motherboard while making sure to insert the sleeves into the correct holes for your socket. Up top, you clip the screw/adapter inside the top metal bracket and attach it to the bottom bracket. The hard part is hooking the top bracket to the H50’s cooler/pump before tightening everything down. With the cooler installed you now need to mouth the fan/radiator to your case, the best location is normally the rear fan on most cases (removing the case fan of course). Lastly you need to connect both the fan and the pump to two different headers on your motherboard and you are good to go. The installation was much easier than installing a custom water cooling kit, but still not as simple as installing a standard aftermarket heatsink. 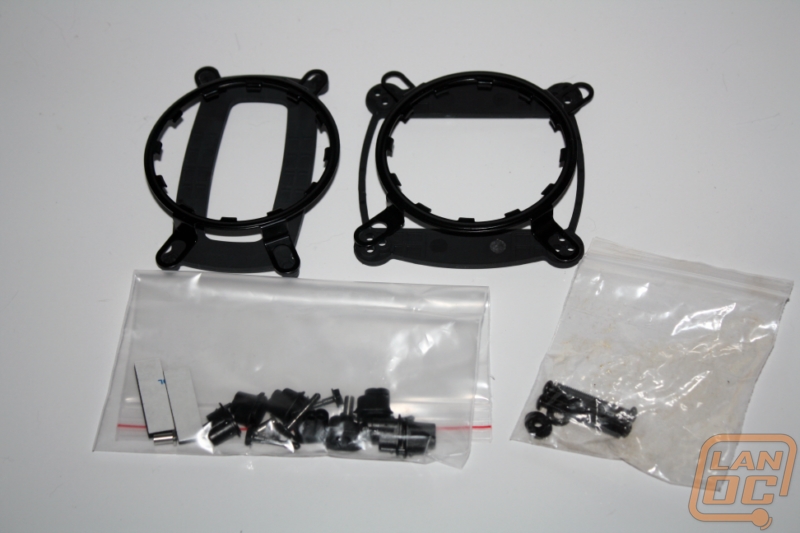 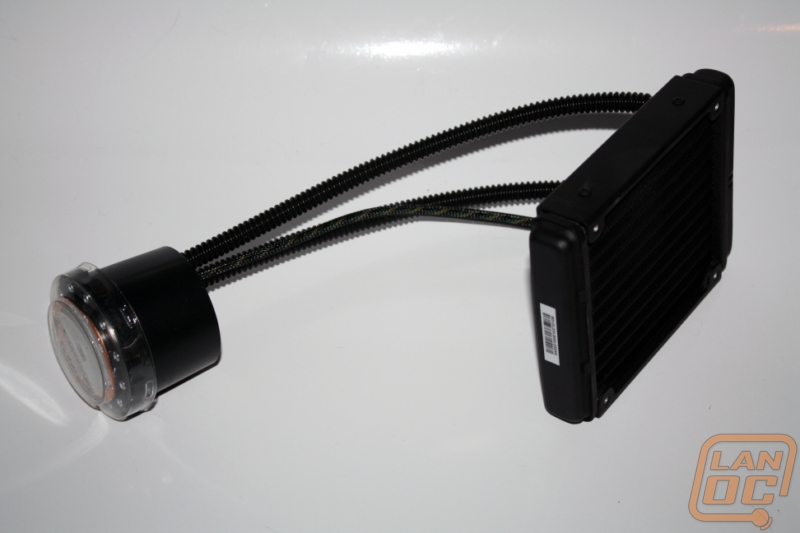 To test the H50’s performance we put it up against our collection of coolers while putting it under load and also at idle. To put it at load we used prime95 and for all of our testing we used RealTemp to measure temperatures to the CPU. Here are the results. 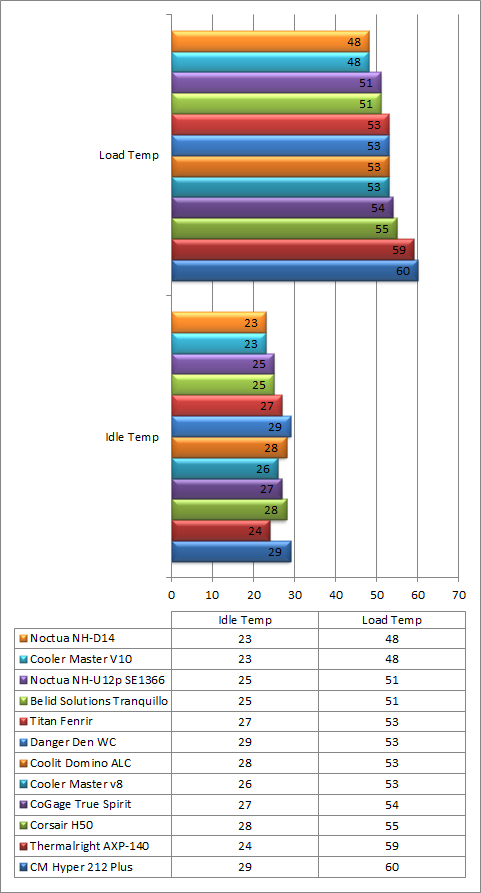 When compared to the custom water cooling the H50’s results were a little higher under load, but our custom water cooling setup had a 240mm radiator compared to the H50’s 120mm. As an all in one solution the H50 holds its own, but still didn’t reach the performance numbers that we saw on some of the highest performing aftermarket heatsinks. Having said that, the H50 can be found cheaper than most of those same heatsinks. 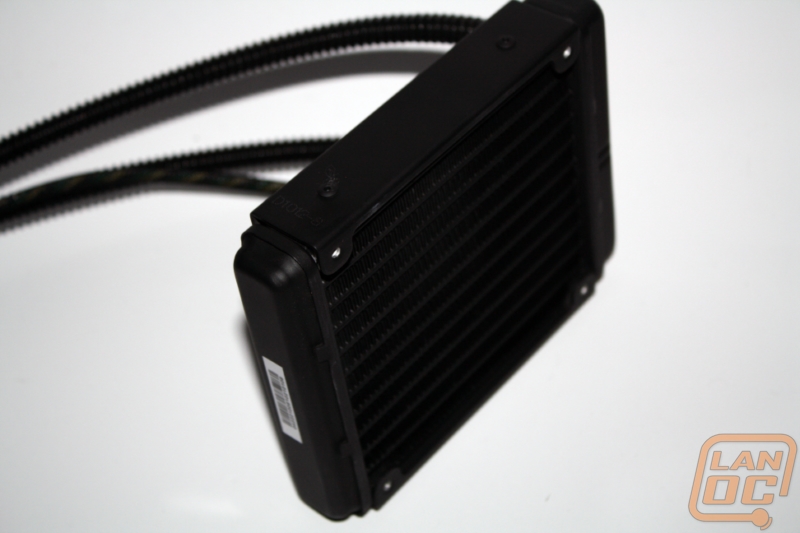 Outside of cooling performance another contributing factor in a coolers performance is its noise output. Normally you only have to worry about the fans noise output, but with the H50 you also have to take in account the pumps noise level. In this case, the fan noise level wasn’t too bad but during testing the pump creates a consistent sound that is louder than I would like it too be. You may also hear a little water noise when first starting the system up, even though you can’t see it, the H50 sounds like it has a small amount of air in the loop. 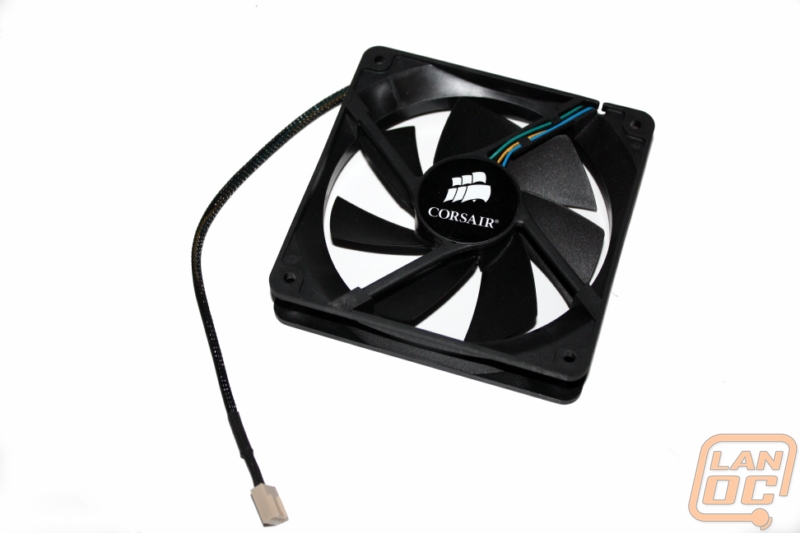 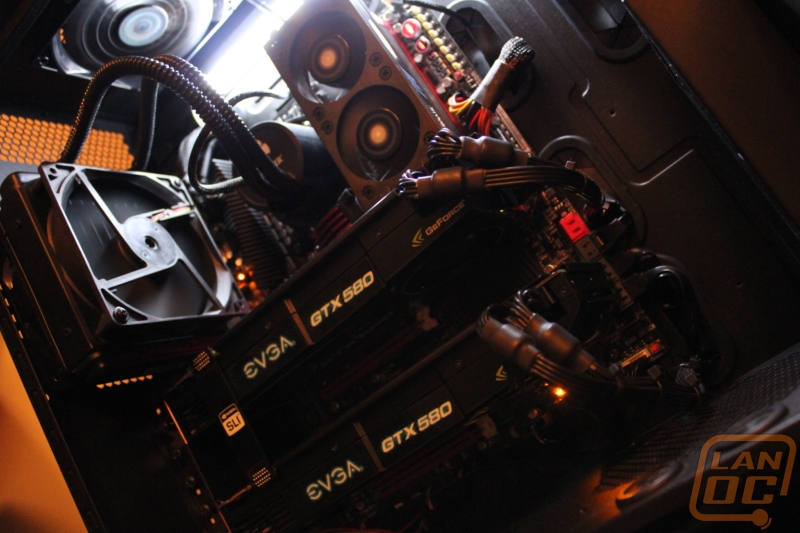 There is no doubt about it Corsair and Asetek were at the top of their game when they introduced the H50. Since then the market has changed a little and you can now find similar setups from almost every manufacture, even Corsair has introduced a few new variations. Because of that the H50 is a little dated, but if you are looking for a dependable water cooling solution you can’t go wrong with the H50. 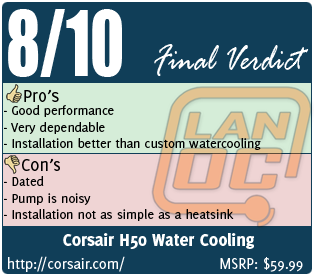 You might call him obsessed or just a hardcore geek. Wes's obsession with gaming hardware and gadgets isn't anything new, he could be found taking things apart even as a child. When not poking around in PC's he can be found playing League of Legends, Awesomenauts, or Civilization 5 or watching a wide variety of TV shows and Movies. A car guy at heart, the same things that draw him into tweaking cars apply when building good looking fast computers. If you are interested in writing for Wes here at LanOC you can reach out to him directly using our contact form.
Discuss this article
Log in to comment
Posts in discussion: Corsair H50 CPU Cooler

garfi3ld replied the topic: #15491 05 May 2011 02:19
Its very dependent on the program you track temps, what you use to heat it up, and on the ambient temps in the room. That's why we use the same test rig for heatsink to heatsink using the same program to track temperatures in the same room temperature.

We have 844 guests and one member online