With the Socket 1366 platform becoming more and more popular many gamers have been looking for quality heatsinks to keep their rigs cool. This has been even more important with the overclockability of the i7 920. Our friends in Austria, of course, were on top of their game right away giving out free clips to owners of their heatsinks to anyone who wanted to upgrade to an i7 (this deal is still going on if you are interested). Of course, they have also brought out a special edition version of their NH-U12P specifically for i7 owners with a few small changes (socket 1366 mounting and dual fans included) to make sure keep everything cool. Today we will be taking a look at that model to see how it performs against a few other socket 1366 heatsinks. 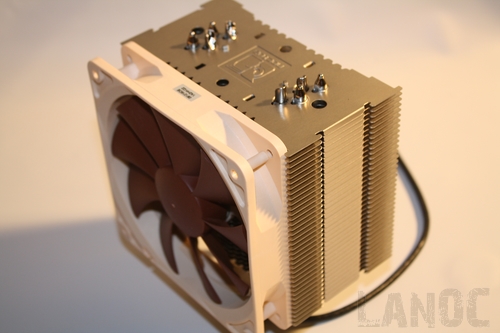 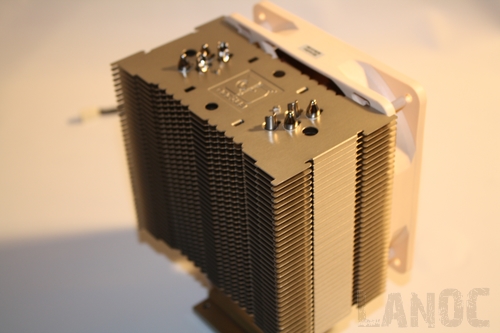 Having looked at almost everything from Noctua's product line the packaging of the NH-12P SE1366 looks almost exactly like previous models. As always, Noctua does a great job including everything you need to know about the heatsink on the outside. Inside i was surprised to see they were able to pack a second fan into the same space as always. Of course they were able to save a little space by not including the brackets for AMD and Intel 775 socket chipsets. Overall the Noctua packaging is well informative and well protective of the product, two of the most important things packaging needs too do. 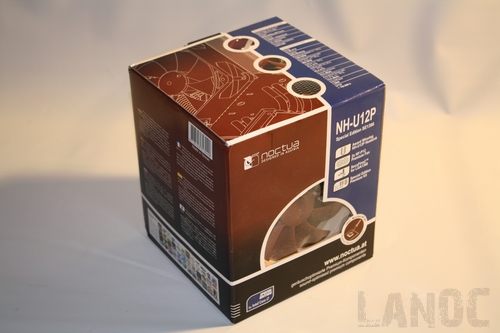 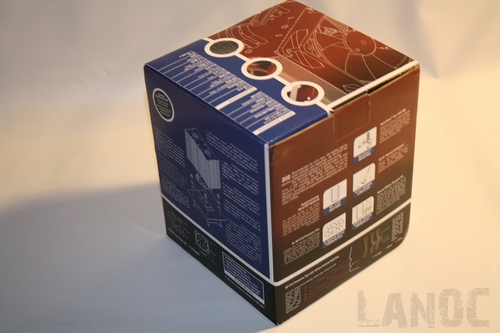 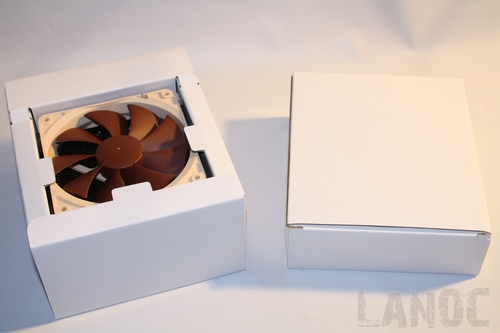 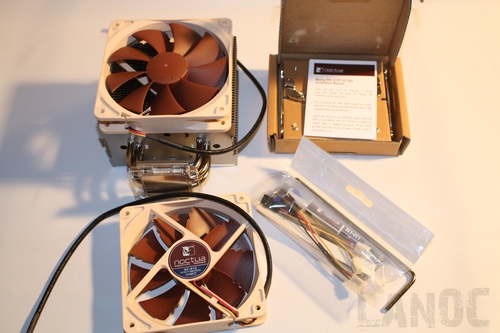 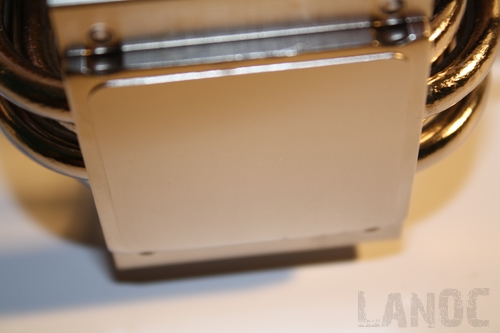 I have installed countless Noctua heatsinks on the 775 Socket, with this being my first 1366 Socket install I was interested to find out how the mounting system changed. I was pleasantly surprised to find that it only improved. The back plat has the mounting screws built in now giving you no reason to worry about it moving around and losing its position when reseating your heatsink. The only other issue with Noctua's past design was how easy it was to drop the spring/screw when bolting the heatsink down. This won't be an issue anymore now that they have attached the spring/screw to the mounting bracket. In the end the changes only made an already easy to install heatsink even easier, I hope the other manufacturers are taking notes because this is how it should be done. 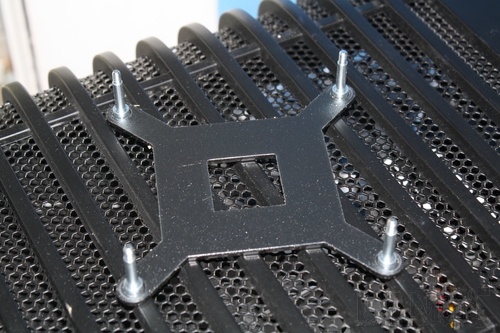 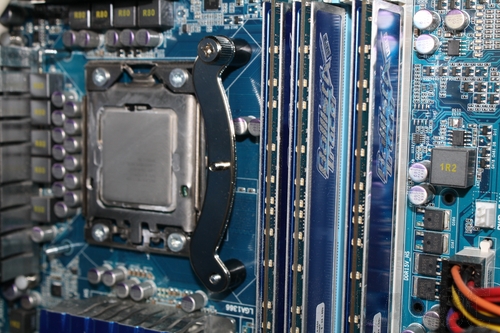 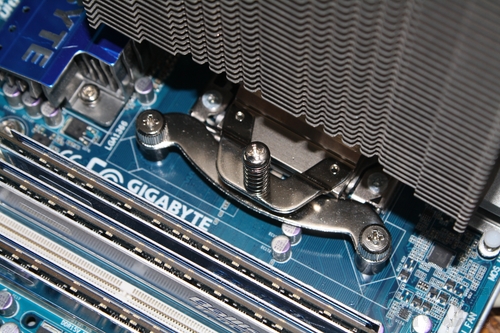 I put the NH-U12P Special Edition through our standard heatsink test. Our standard test consists of letting the pc idle with nothing but RealTemp 2.5 running and recording the lowest average temperature reached. For our load testing, we ran prime95 for an hour on all four CPU cores. The highest average temperature reached is our result. While doing all of our testing no matter the time of the year we make sure the ambient temperature is at 70 degrees. Our CPU clock is set to stock settings and all of the fans on our Antec Twelve Hundred are turned on the max setting. Because of the case, some of our results may be lower than tests run in cases with less airflow. 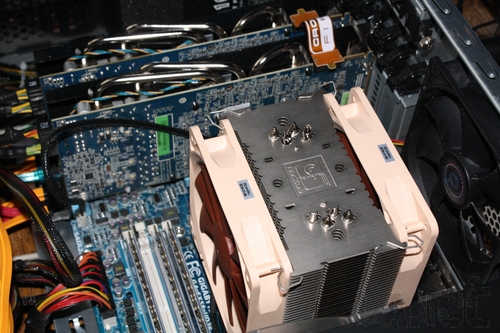 Putting the NH-U12P against heatsinks from both Cooler Master and Thermalright including the hybrid v10 its defiantly in good company. After testing the original NH-U12P in the past, I knew it would perform well, but I underestimated how well it would perform against the v10. Of course with a TEC cooler, the V10 did outperform the NH-U12P but not by a large margin. Here are the results. 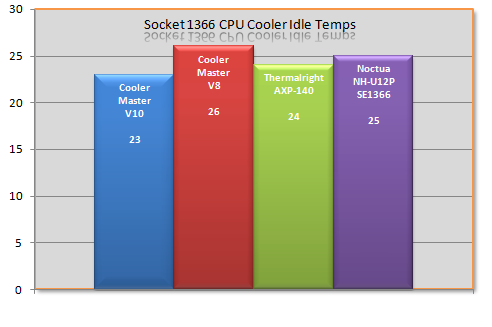 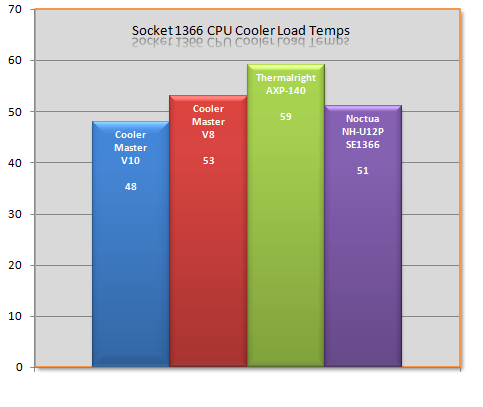 I hate to sound like a broken record, but Noctua just doesn't miss a beat. Their socket 775 brackets set the golden bar for their competitors. I didn't think they could improve them but they somehow managed to make them easier to use. On top of that, the NH-U12P SE1366 outperformed everything short of the v10 with a TEC cooler. It's no wonder enthusiasts on forums like Hard Forum have been talking up the NH-U12P SE1366, it outshines everything in its class. My only complaint, as always is I wish they produced fans in just about any other color. If you are getting ready to upgrade to an i7 rig, you really should consider the NH-U12P SE1366 from our friends at Noctua. 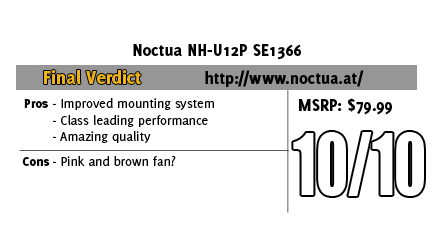 You might call him obsessed or just a hardcore geek. Wes's obsession with gaming hardware and gadgets isn't anything new, he could be found taking things apart even as a child. When not poking around in PC's he can be found playing League of Legends, Awesomenauts, or Civilization 5 or watching a wide variety of TV shows and Movies. A car guy at heart, the same things that draw him into tweaking cars apply when building good looking fast computers. If you are interested in writing for Wes here at LanOC you can reach out to him directly using our contact form.
Discuss this article
Log in to comment
Posts in discussion: Noctua NH-U12P SE1366

We have 1329 guests and no members online