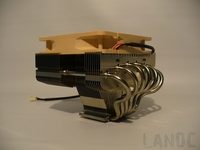 A few weeks ago I took a look at the NH-U12P from Noctua. I was very impressed with the performance of the NH-U12P. In fact it was one of our best performing heatsinks to date. Noctua also makes a different design that is a little more low profile called the NH-C12P. Today we are going to see how the NH-C12P compares to the NH-U12P along with other heatsinks we have tested. In the past we have had trouble finding problems with Noctua; will the NH-C12P perform the same? 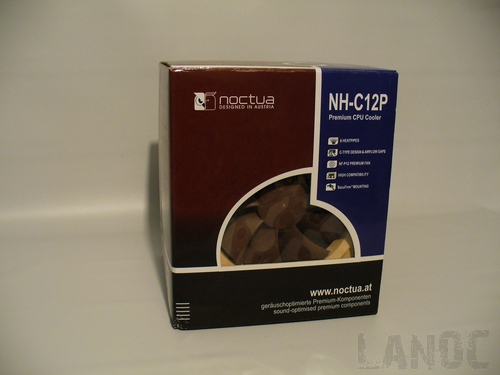 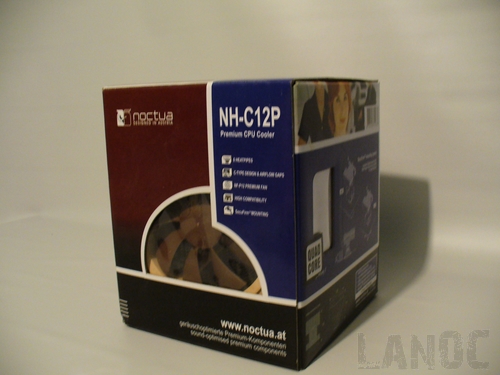 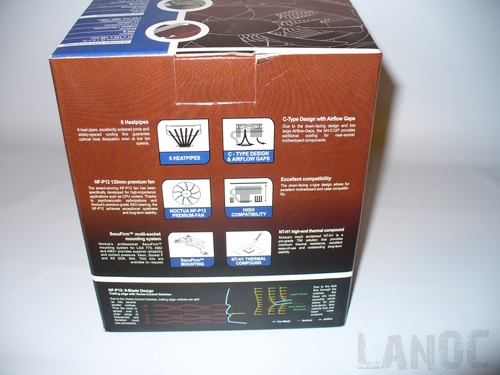 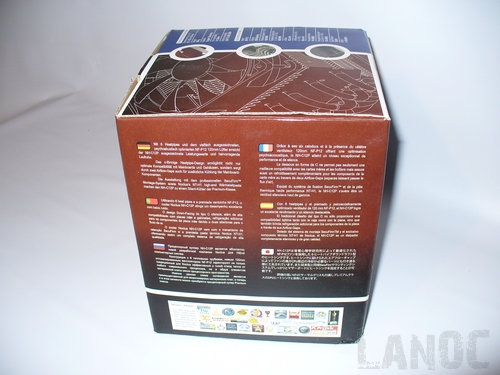 The NH-C12P came in typical Noctua packaging. In fact without looking closely you wouldn't be able to tell the difference between the packaging of the NH-C12P and the NH-U12P. The heatsink and fan where secure and protected but still visible through two windows in the box. Inside the box all of the parts where packed inside of a box. Inside that box I found all of the clips, screws, and brackets organized, labled, and color coded. Of course with Noctua's attention to detail I expected none less. 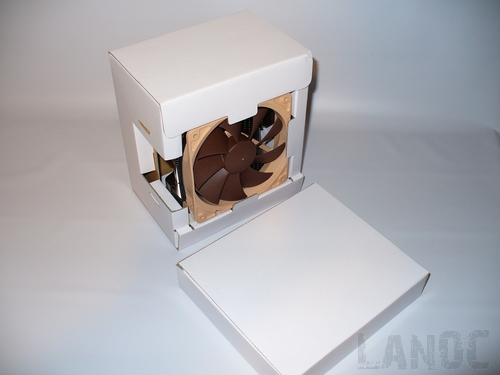 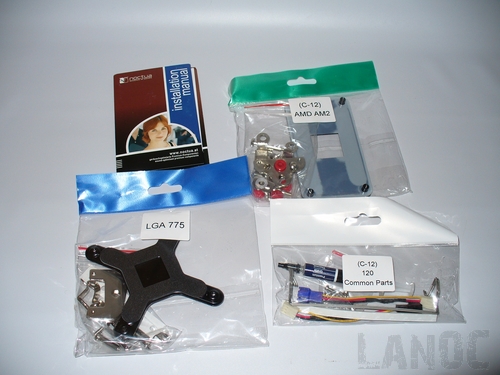 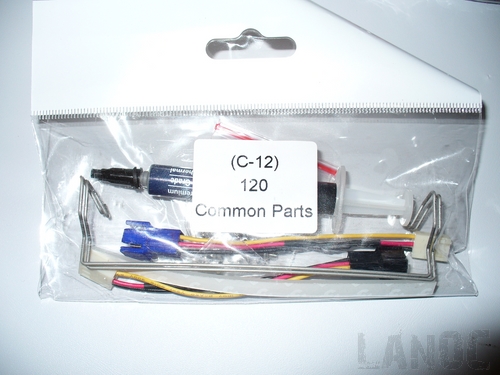 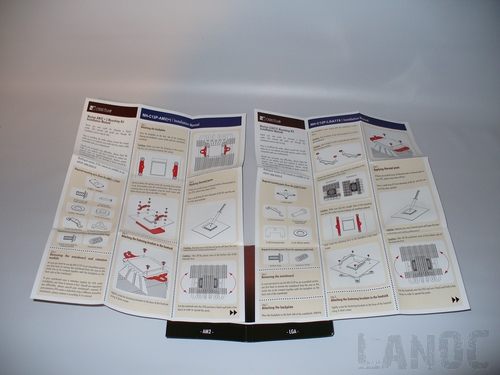 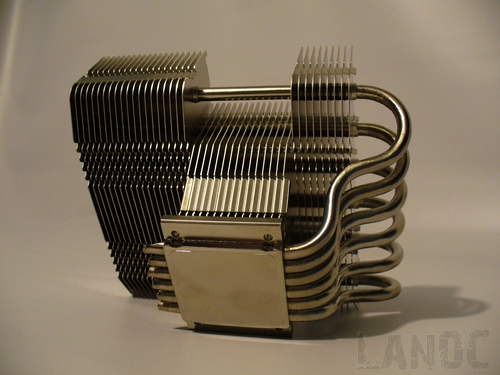 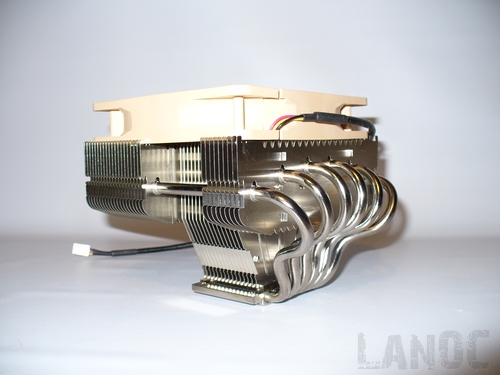 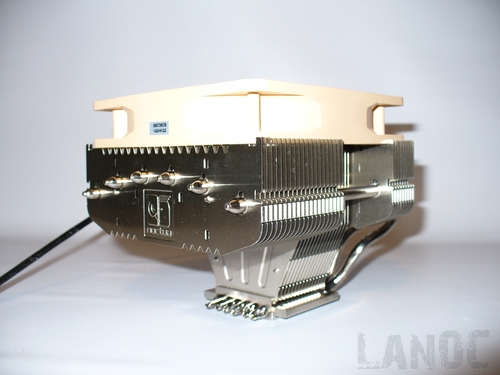 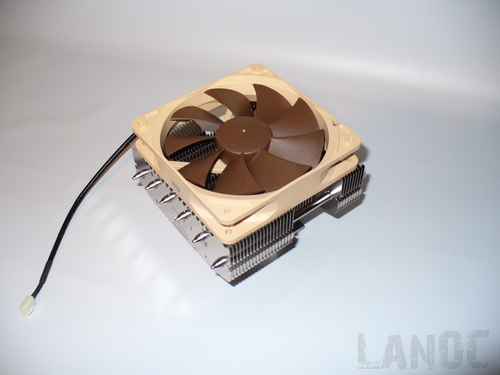 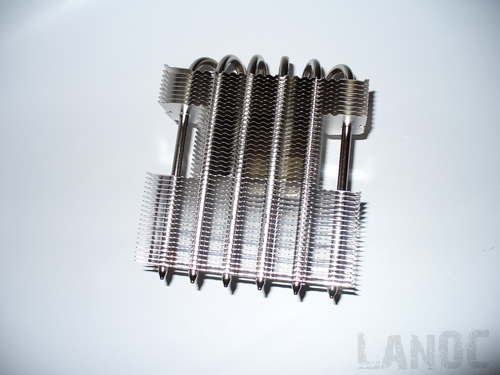 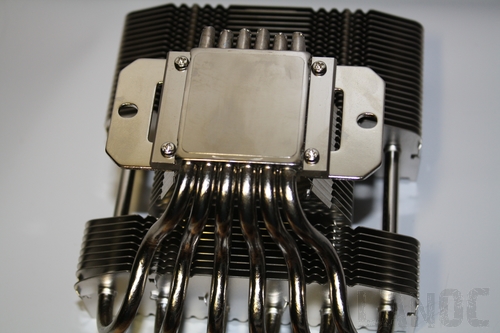 The installation of the NH-C12P was the same as the NH-U12P, which means that it went easy and I had no hiccups. Noctua's manual is well layed out and easy to read. It even does a great job of showing you how to install the fan clips. The great organization of the parts also contributed to making the installation go smoothly. Even though the heatsink is designed to have a lower profile and is wider because of this Noctua left openings on each side to be able to give easy access to the screws when needed. 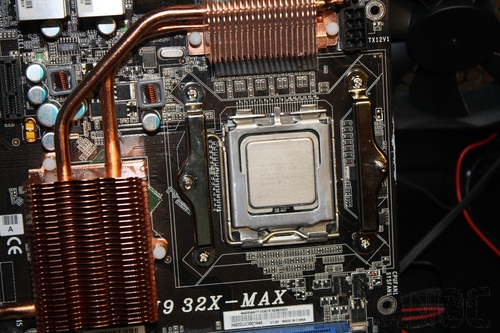 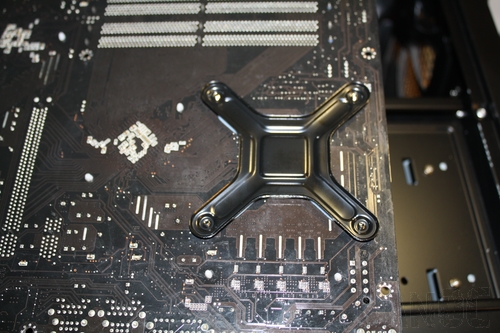 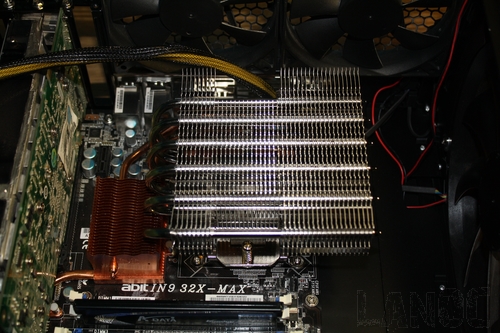 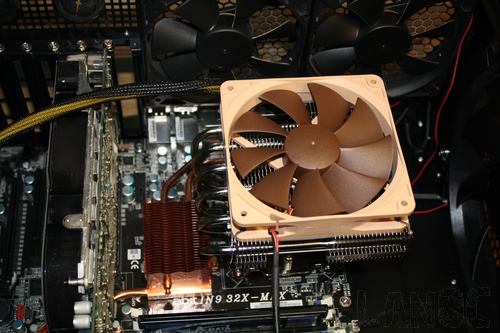 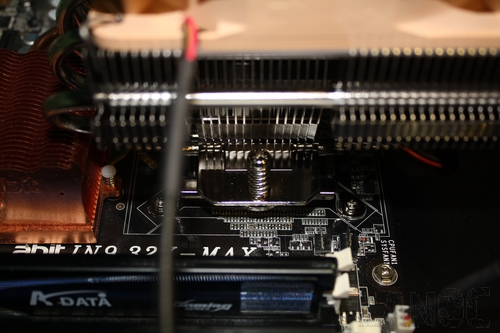 Once again, I find myself running the same tests that we have done on all of our heatsinks in the past. Our standard test consists of letting the pc idle with nothing but realtemp 2.5 running and recording the lowest average temperature reached. For our load testing, we ran prime95 for an hour on all four CPU cores. The highest average temperature reached is our result. While doing all of our testing no matter the time of the year we make sure the ambient temperature is at 70 degrees. Our CPU clock is set to stock settings and all of the fans on our Antec Twelve Hundred are turned on the max setting. Because of the case, some of our results may be lower than tests run in cases with less airflow. 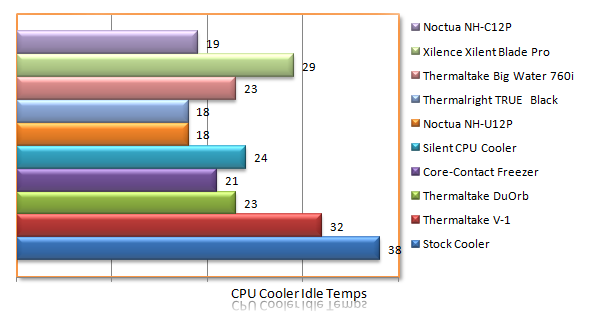 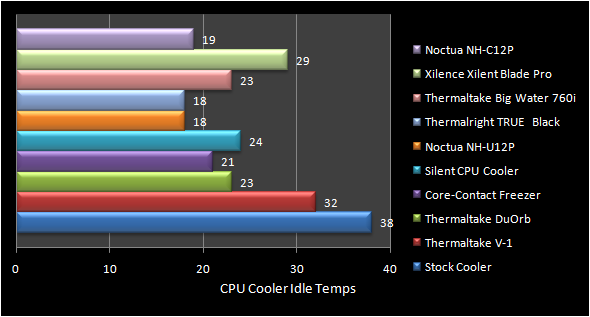 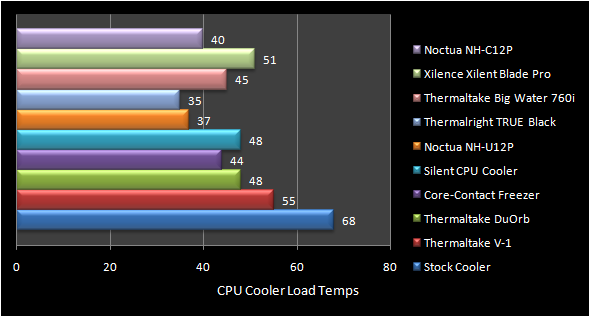 As always with Noctua, I am very impressed with the NH-C12P. There is a feeling of quality when you work with their product's that is hard to find in computer parts. You can tell that every detail has been engineered over and over until it's perfect. That same attention to detail was even shown on the packaging while sticking with a traditional Noctua style. The installation went smoothly because of great instructions, organized parts, and an attention to details like access to the hold down screws. The performance was top not notch, just a step below our top performers. The NH-C12P is a great idea for people who have low profile or smaller cases that taller heatsinks won't fit. Add that too Noctua's amazing quality and you have a heatsink that I would highly recommend to anyone! 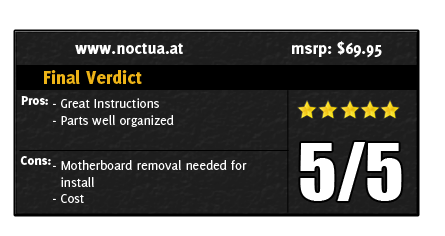 You might call him obsessed or just a hardcore geek. Wes's obsession with gaming hardware and gadgets isn't anything new, he could be found taking things apart even as a child. When not poking around in PC's he can be found playing League of Legends, Awesomenauts, or Civilization 5 or watching a wide variety of TV shows and Movies. A car guy at heart, the same things that draw him into tweaking cars apply when building good looking fast computers. If you are interested in writing for Wes here at LanOC you can reach out to him directly using our contact form.
Discuss this article
Log in to comment
Posts in discussion: Noctua NH-C12P

We have 1333 guests and one member online