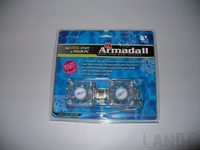 We have seen VIZO products come through here many times; they have even been involved with our Lan Partys in the past. I'm sure you have noticed they make a wide variety of items ranging from lighting to laptop accessories. Today I am going to take a look at their new Armada II ram cooler. I've been known to push things on my computer to the limit and heat is always a concern. The Armada II is designed to cool down your ram to be able to get a little more out of your overclock. I plan to see how it performs in my personal computer and seeing if the kit adds a little more style to my rig.

Review by: Wes Compton Aka Garfi3ld

Pictures by: Wes Compton Aka Garfi3ld 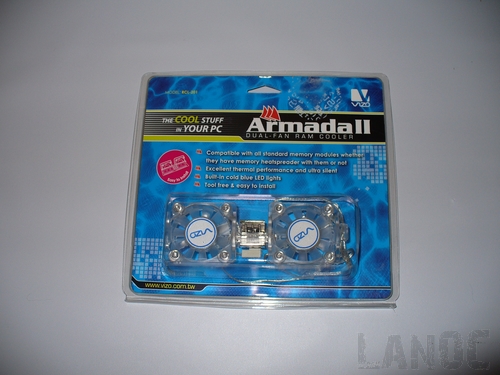 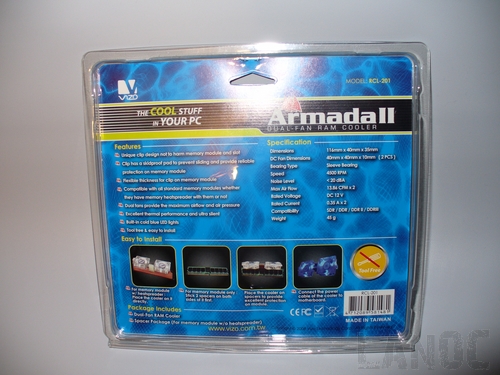 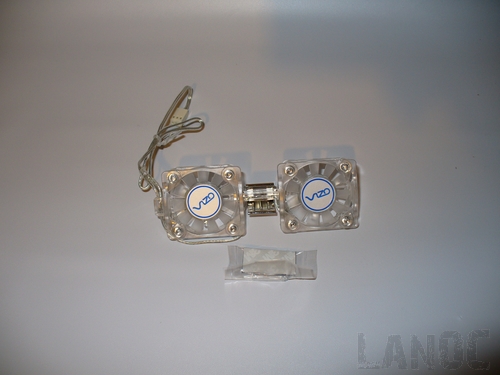 The Armada II is one of the easiest installations I've ever had to do. If your ram has a headspreader (mine do) it just clips onto one of the sticks of ram. If you do not have a headspreader installed you used the included spacers to keep from shorting anything out. Once mounted all you have to do is plug the fan lead into one of the open fan headers on your motherboard. TADA all done! 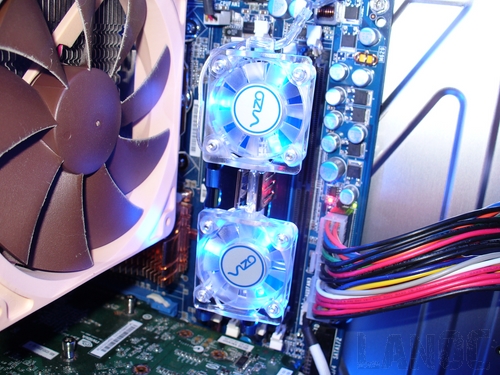 Considering that ram doesn't have a temperature sensor it is hard to tell if the Armada makes any improvements. In order to get an idea I dug out our trusty infrared thermal gun to be able to track any temperature changes. In order to get the ram warmed up I ran Prime95 in Blend mode. I found that ram ran at 35 degrees at idle and 39 under load without the Armada II to cool it down. With the Armada installed and running the temps dropped three degrees at idle and two under load. Not a huge improvement but sometimes a few degrees can make all of the difference. 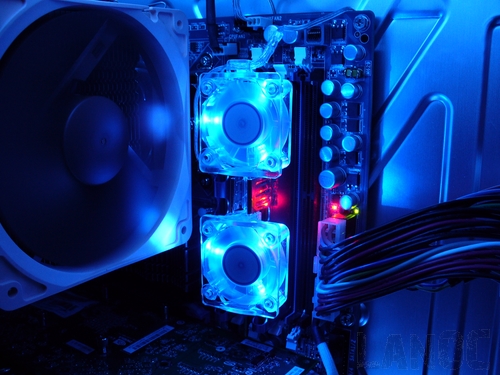 My other major concern was adding more noise to my case. With the fans being so small I they have to run at a full 4500rpm to be able to move enough air to cool down today's ram. Considering the rpm of the fans the noise output was great. I'm sure you can tell by the previous statement the Armada II wasn't perfectly quite. The fans put out enough noise to be noticed but not enough to drive me crazy. 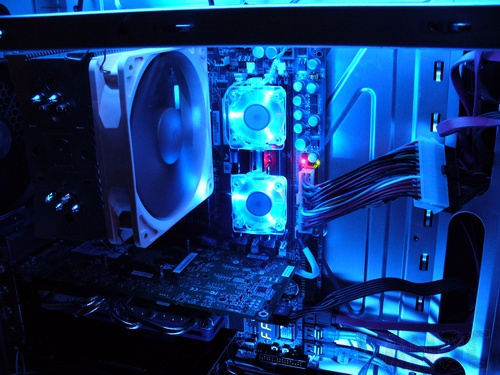 In the end it didn't make a huge difference in performance, 2 degree's under load is better than nothing. The Armada did make a little more noise than I would have hoped. Where the Armada II really showed off was in the looks department. The Armada gets a lot of attention because of the to blue LED fans. In the end I was impressed with the looks. If you're looking for something to spice things up, the Armada II is a perfect addition. 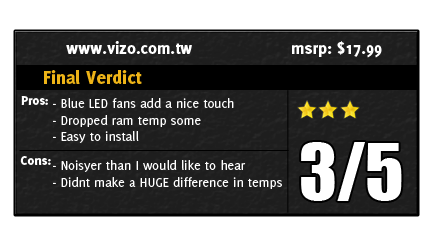 You might call him obsessed or just a hardcore geek. Wes's obsession with gaming hardware and gadgets isn't anything new, he could be found taking things apart even as a child. When not poking around in PC's he can be found playing League of Legends, Awesomenauts, or Civilization 5 or watching a wide variety of TV shows and Movies. A car guy at heart, the same things that draw him into tweaking cars apply when building good looking fast computers. If you are interested in writing for Wes here at LanOC you can reach out to him directly using our contact form.
Discuss this article
Log in to comment
Posts in discussion: VIZO Armada II ram cooler