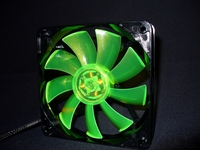 About a month ago we reviewed a thermal paste from GELID Solutions. After it out performed all of the other thermal pastes in the test I made a comment about how I planned on keeping an eye on this new company. Today we have a special chance to be one of the first to review their newest product (first in english). We are going to take a look at their WING 12 120mm fan. GELID Solutions WING series of fans are premium quality, UV reactive, ultra- quiet, dust and water proof cooling fans for gaming enthusiasts. We have high hopes for their fans after seeing how well their GC-1 thermal compound performed. Read more to find out how it performed. 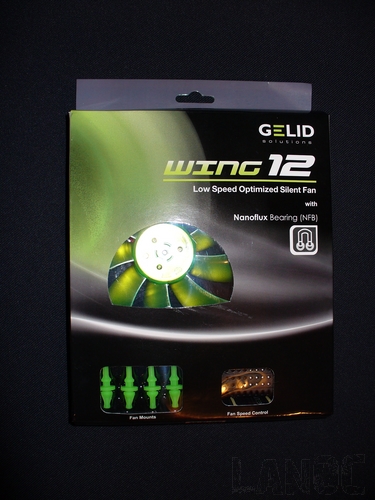 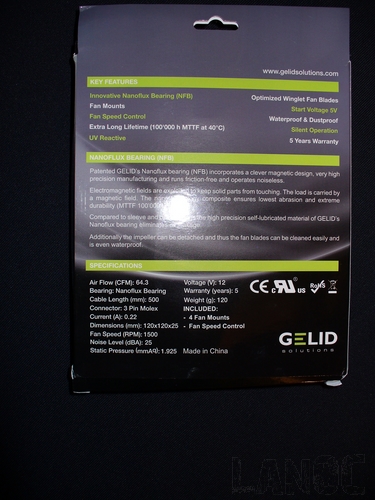 The WING 12 comes in a black and green box keeping with GELID Solutions colors. The front has three windows showing off the fan, fan mounts, and the included fan speed controller. Yes you heard that right! They include a fan speed controller with each of the fans. On the back of the packaging there is a specification listing, along with how their Nanoflux bearing ensures the lowest abrasion to keep the fan silent. One thing that stood out also was that the fan blades are designed to be removable for easy fan cleaning. This will make getting your pc dust free before a lan party extremely easy! Inside the box you will find a black plastic tray holding the fan, fan mounts, fan speed controller, and a wire for hooking up the fan speed controller. Overall a very effective packaging, although I wish they published the removable blades a little more, I almost missed that feature. 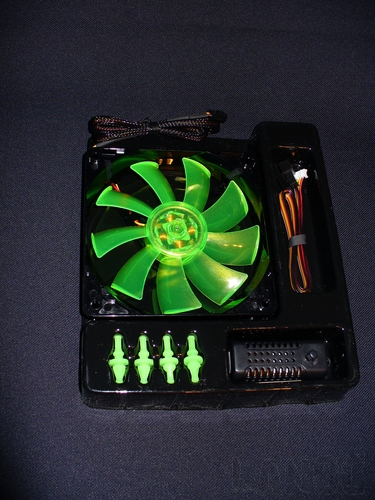 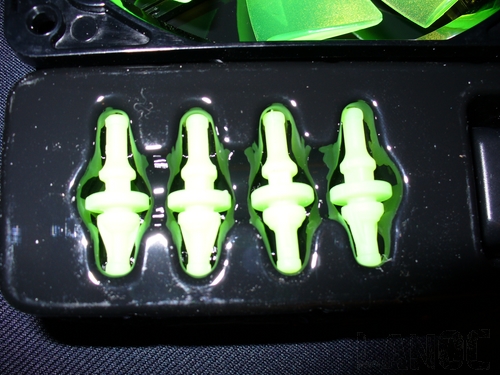 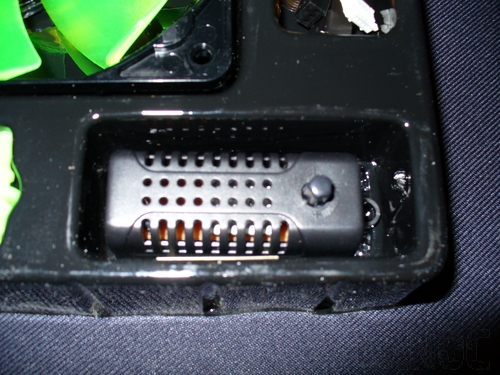 With the fan putting out 64.3 CFM I would expect it to put out some noise. I was surprised to hear almost none. Installed into the Thermaltake Armor+ MX that we have used in pat fan testing proved to be the same situation. The fan pushed amazing amounts of air into the case, but with little to no noise. Taking a closer look at the fan you will notice that they put a “winglet” on the end of each fan blade. Between the winglets and the Nanoflux bearing Gelid Solutions has done a good job of keeping the noise down. I’m very interested to see how they could improve upon this with their upcoming silent series of fans. 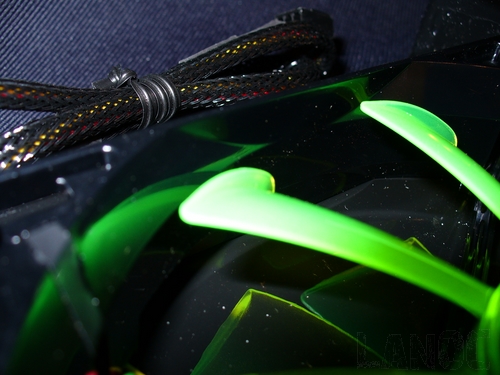 If by some chance the fan makes too much noise, or puts out too much air you can install the included fan controller. GELID Solutions also included 4 rubber fan mounts. To keep the noise down it’s highly recommended that you use them. Comparing the included rubber mounts to rubber fan mounts included with other fans you will notice that they mount in between the fan and the case. Most mount through the fan and the case with the same nub. 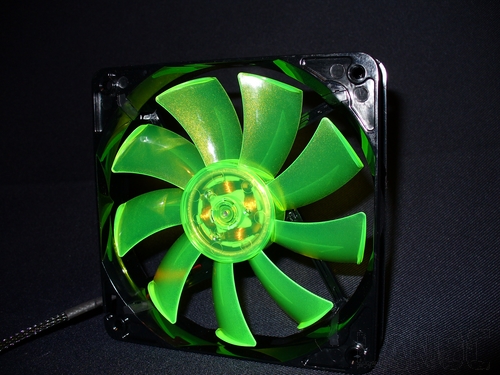 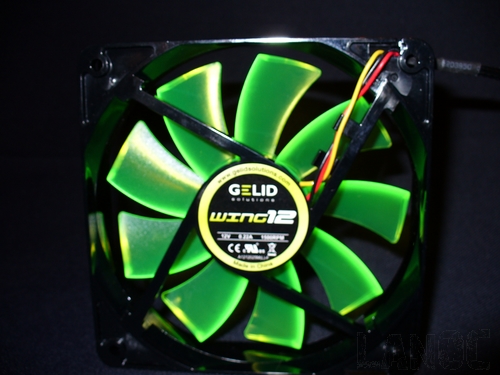 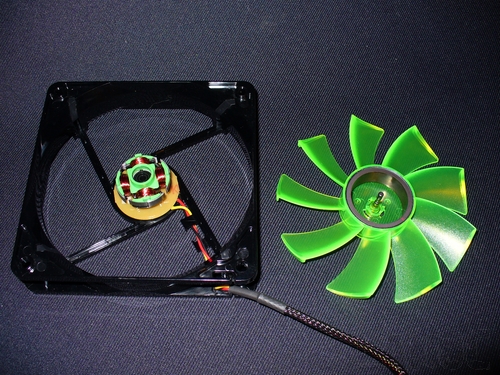 After taking a closer look at the WING12 120mm fan I’m defiantly not disappointed. GELID Solutions has proven again that they know what the gaming community is looking for. The only complaint I have is the fan is only produced in a black and green combo. I'm told they are planning on producing more colors in the future though, it will be very easy to swap out to different fan colors with the easy to remove fan blade. The Not only is the fan high quality and good performing, but they included the fan controller and the rubber fan mounts. Together you have a great value for a high end fan. Not to mention the easy to remove and clear fan blades and the sleeved cabling. I hope everyone else continues to keep a close eye on this company. They prove once again they can innovate even in markets that are already saturated. I’m exited to see what they can do in the future! 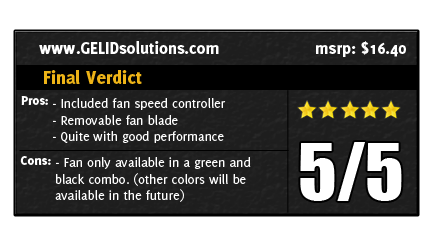 You might call him obsessed or just a hardcore geek. Wes's obsession with gaming hardware and gadgets isn't anything new, he could be found taking things apart even as a child. When not poking around in PC's he can be found playing League of Legends, Awesomenauts, or Civilization 5 or watching a wide variety of TV shows and Movies. A car guy at heart, the same things that draw him into tweaking cars apply when building good looking fast computers. If you are interested in writing for Wes here at LanOC you can reach out to him directly using our contact form.
Discuss this article
Log in to comment
Posts in discussion: GELID Solutions WING 12 120mm fan

We have 1354 guests and one member online