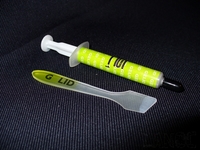 When it comes to starting a new business, a PC Cooling business wouldn’t be on the top of my list. This is simply because of the amount of competition there is out there. So when you hear about a new company pops up, after you finish telling them they are crazy, you find out what there angle is. Gelid Solutions is focusing on “virtually silent, high- performance and top quality thermal solutions” sounds like something we might be interested in isn’t it? After reading a little more about their company I also noticed that it is founded by Gebhard SCHERRER and VC TRAN, both of them have been in the PC Cooling industry for a number of years. They knew what they were getting into; ether they are crazy or they know what they are doing, I’m hoping that it’s the latter. While they are working on their first heatsink release they have released there thermal paste the GELID Solutions GC1. Today we are going to check it out. Click to read more. 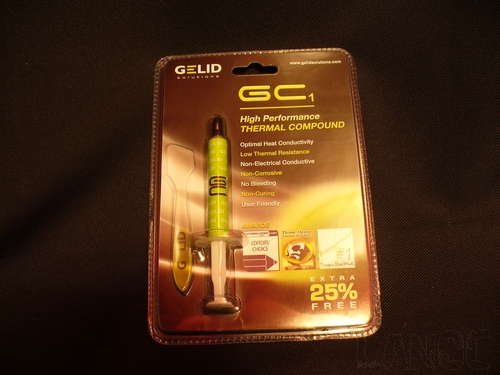 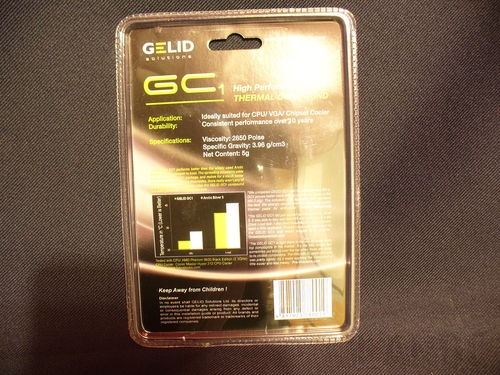 The GC1 comes in a sealed plastic package; thank goodness I was equipped with a box cutter. It made quick work of the packaging; I didn’t even lose any fingers. Taking a good look at the front I immediately notice the application scrapper next to the tube of thermal paste. I’ve never seen anything like that come with thermal paste before; apparently they have already found something to make their product stand out. We will find out how it performs once we get into the testing. The tube has a bright green sticker that I’m sure no one will lose. They have included a list of features on the front of the package.

A few of those stand out to me. The fact that it’s not conductive is a major plus. You wouldn’t want to drip some on your motherboard and end up frying it. Not to mention the “old” days when you could short out a proc just by putting too much paste on (don’t ask me how I know). After dealing with curing arctic silver each time I used it for the past few years it’s always a relief to see that it’s Non-Curing. You can just right into your Overclock after you put your pc together.

The back of the packaging includes a few quotes from reviews done on the paste. They have also included a comparison of the GC1 to Arctic Silver 5 from futurelooks.com, they had great results. They also include a comment claiming “Consistent performance over 10 years”. 10 years ago intel had just released there Intel Pentium II Xeon 400MHz. No one should be running the same setup for that long, but it’s good to know that it’s possible. 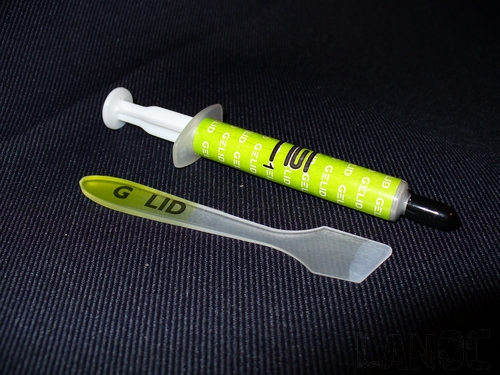 No need to beat around the bush. Sure it’s a bright color, sure it got a nice spreader; but how does it perform against one of the best thermal pastes on the market? What about against stock thermal paste. We put it up against Tuniq TX-2, Thermalrights "chill factor", and a small package of stock thermal paste to give us an idea of where the GC1 stands. In order to make the testing consistent and to make my life easier we did it on my wife’s computer. Her 92mm Masscool heatsink makes for easy thermal paste swaps. All testing was done with the side panel off, and the room at a consistent 70 degree’s. Idle temps were base temps with nothing running, Load temps were the highest temps reached while running Prime95 on both cores. Because of the low clock speed and the dual cores there isn’t a large difference between idle and load. But it was still enough to compare the four thermal pastes. 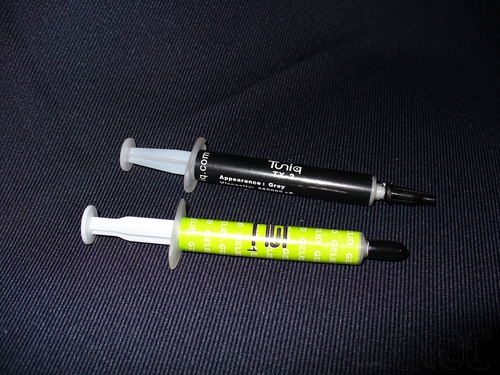 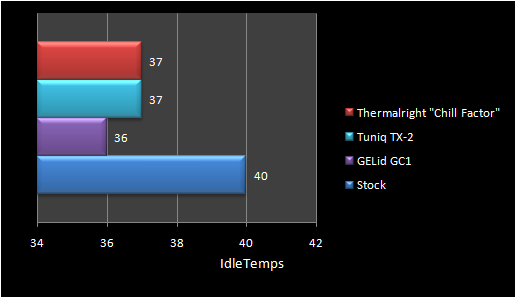 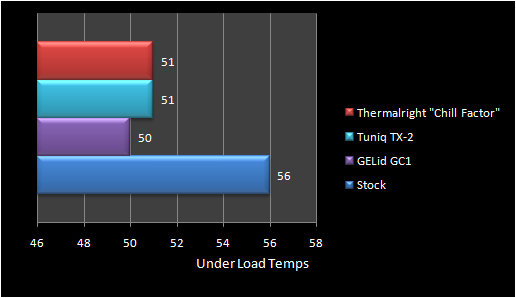 As you can see all three of the aftermarket thermal pastes performed very well. The GC1 outperformed them both by one degree on idle and load testing. Considering the amount of testing and experience from the other company's its amazing to see a new comer outshine them. The GC1 has a thicker constancy than the stock paste making it easier to apply without worrying about it bleeding off of the CPU. 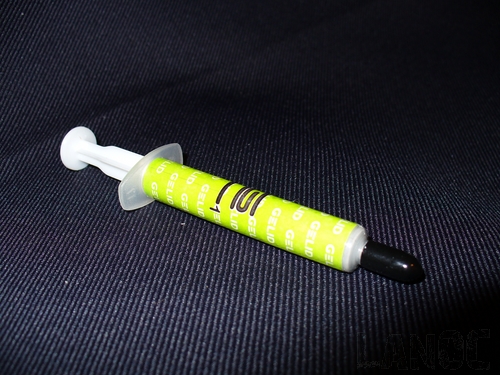 GELID Solutions is a company I plan on keeping an eye on. The GC1 thermal paste performed very well. By out performing two of the best in the business GELID Solutions has not only gotten there foot in the door, they kicked the door down. Combine that with their ingenious thermal paste applicator and you have a product I would recommend to anyone new to building computers. The applicator makes it easier than ever to make sure you have an even coat. For a suggested retail price of 6.99 for 5g's (highest in the market) it’s a great value, you have no excuse to continue to use stock thermal paste. 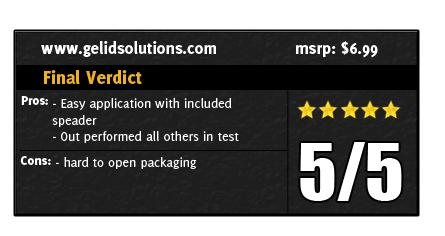 *I would like to note that I redid the testing on this review to make sure it was acurate and had to update my performance numbers and the rating a gave this product. Im sorry for any inconvenience this may have caused to those who read the review the first time.

You might call him obsessed or just a hardcore geek. Wes's obsession with gaming hardware and gadgets isn't anything new, he could be found taking things apart even as a child. When not poking around in PC's he can be found playing League of Legends, Awesomenauts, or Civilization 5 or watching a wide variety of TV shows and Movies. A car guy at heart, the same things that draw him into tweaking cars apply when building good looking fast computers. If you are interested in writing for Wes here at LanOC you can reach out to him directly using our contact form.
Discuss this article
Log in to comment
Posts in discussion: GELID Solutions GC1 Thermal Paste *updated*

We have 1231 guests and one member online