The one thing that has always been consistent with computers, no matter how old; is the battle with heat. Even back when you were plugging code into DOS, your computer was doing what it could to keep from overheating. Because of that there has been a large market for fans, heat sinks, vents, and just about anything else to try to keep the sensitive components of modern day computers cool. Sometimes you need a little more airflow in a case that doesn’t have room for any more conventional fans. This is where VIZO comes in with their Propeller II. We just happened to get our hands on one and put it through a few tests. See the surprising results after the jump. 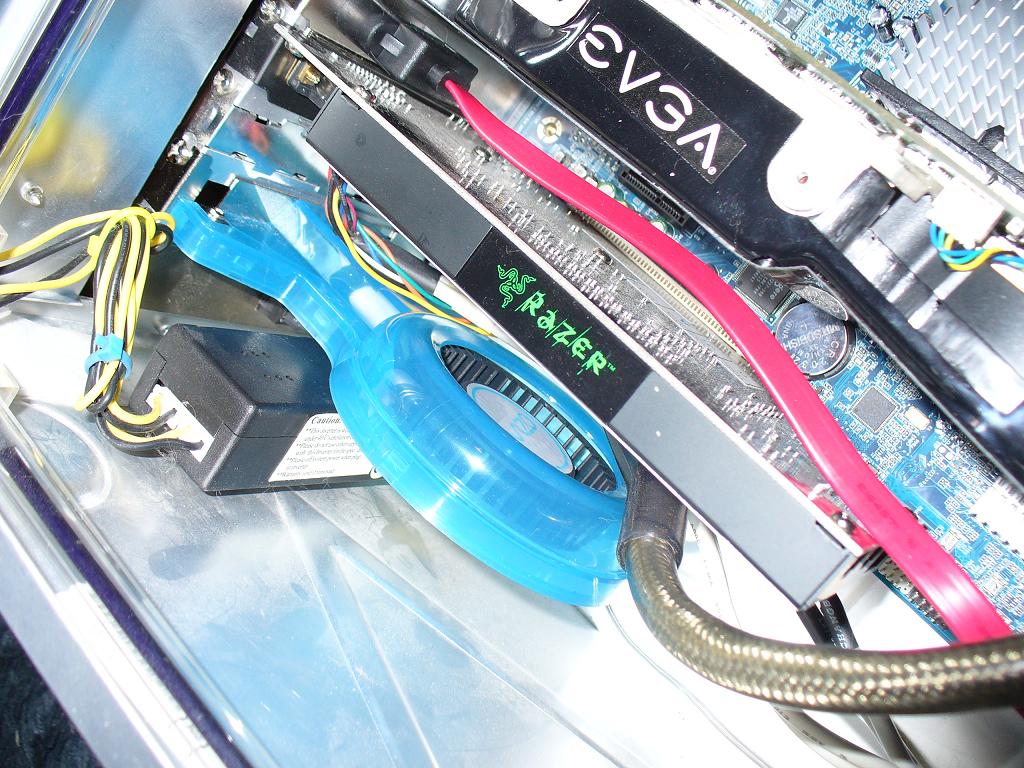 Based out of Taiwan VIZO is a leading global manufacturer and designer of computer peripheral products serving customers around the world. Utilizing many years of experience and a mature skill set, VIZO insists in developing value added, ideal based, zeal catered and optimum designed products for customers to meet mainstreams; Hence the name VIZO.

VIZO provided PC users a variety of “Do It Yourself” products and peripherals, including hard drive external enclosures, multimedia storage, front panels, PC fans, USB hubs, and various forms of case lighting. Products that while doing their job, can also make your PC stylish and unique. 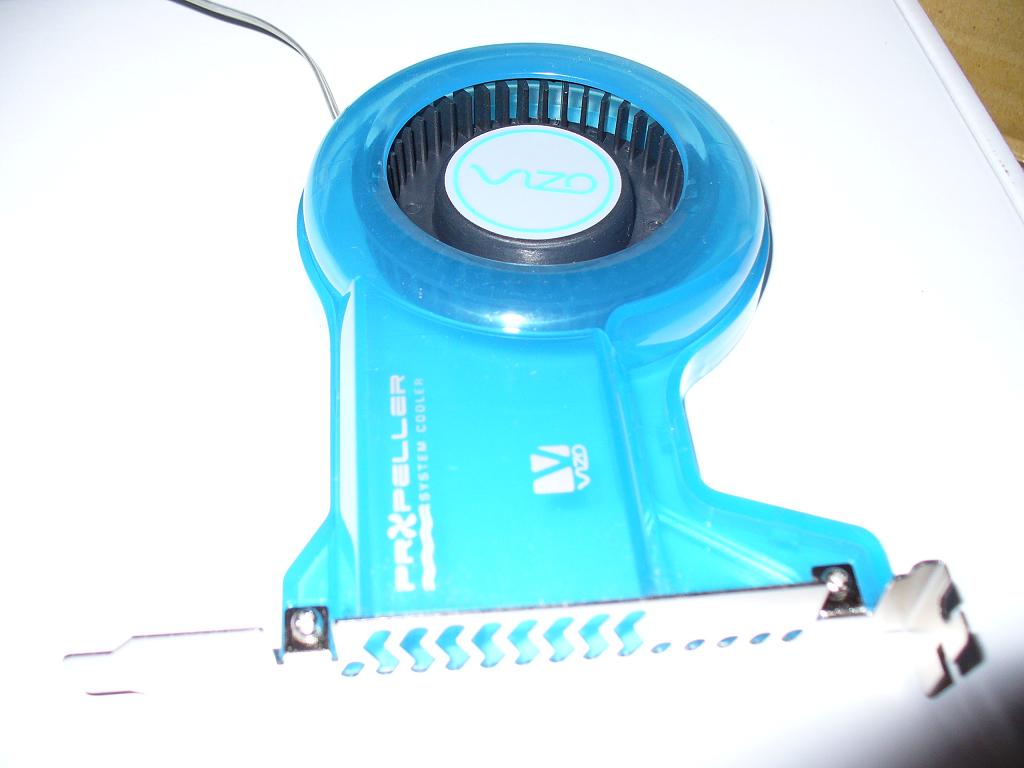 VIZO’s propeller II is a PCI slot blower fan designed to pull the heat out of your case and blow it out of the back. It is 132mm’s long and fits in a standard PCI slot. The core of this product of course is the 65mm fan. Spinning at 1500RPM it only flows 5.34 CFM, but because of this it is rated at a low 20dBA or less rating. The packaging is very simple with the cooler and one pack of screws to secure it if needed.

When installing the Propeller II only need to find an open PCI slot and plus the Molex connector into a nearby power connector. You are best off placing this ether at the top of your PCI slots near your CPU or near a video card or sound card. If this is placed too far away from the heat generating components it will not help you very much.

I found this cooler to be very easy to install. We did run into problems trying to use a screwless setup to hold it down. This was nothing that using the screws that VIZO provided wouldn’t fix. Finding a spot to put the fan should be easy in most cases with the amount of PCI slots left unused in almost all of today’s cases. But I did notice one problem; if you want this to suck air up from the bottom there is no way to flip the bracket. Although this didn’t cause a problem on our setup, it could on others.

*Note that that case we used to test this fan includes a 25cm fan on the side right over the video card.

We fired up 3dMark06 and installed temp probes on the gfx card and monitored the probed installed in the motherboard. Even though motherboard probes are known to be inaccurate sometimes, we are not looking for perfect temps. The change in temperatures with and without the fan will tell us how it performs.

After a few rounds of 3dmark with cool down periods between we were surprised to see a noticeable difference with the fan installed and running. Even with the large fan in the side panel the propeller was able to pull hot air away from the cpu and keep it 3 degrees cooler at its highest point. But the most noticeable difference was how long it took to get up to the max. Without the propeller II cpu temps would almost jump right up into high temperatures. With the propeller II those temps didn’t rise until near the end of the test.

As for noise, there was no noticeable noise when the fan was running. The sound of all of the other pc components covered up what little the fan did make. We also tested this a 2nd time in another case with a dBL meter again with the same results.

There is no doubt that in a case with worse airflow the propeller II would make a bigger difference than we saw in testing. But even then increase in cooling that we did see was still more than enough to make the propeller II worth its estimated retail price of $19. I’m going to give the propeller II a 4.5/5 stars. The only thing holding it back is being able to flip the bracket. I hope they add that feature in future releases.

You might call him obsessed or just a hardcore geek. Wes's obsession with gaming hardware and gadgets isn't anything new, he could be found taking things apart even as a child. When not poking around in PC's he can be found playing League of Legends, Awesomenauts, or Civilization 5 or watching a wide variety of TV shows and Movies. A car guy at heart, the same things that draw him into tweaking cars apply when building good looking fast computers. If you are interested in writing for Wes here at LanOC you can reach out to him directly using our contact form.
Discuss this article
Log in to comment
Posts in discussion: VIZO propeller II

We have 1873 guests and one member online