Being both a console and PC gamer, sometimes I find myself neglecting one or the other due to a lack of time to do both. Recently it has been console gaming. When I do have time to play, I always have to fight with finding a controller that is charged and ready to go; I just don’t have time to wait around for it to charge or to mess with awkward play and charge setups. I was sorting through some of our PR and came across a product that fit the bill perfectly for me: Konnet’s Power Pyramid. Let’s take a closer look.

Konnet packed the Power Pyramid into a colorful box with a large photo of the charger right in the middle. Outside of the photo, the packaging was uninspiring and didn’t really catch my eye. I think they are hoping that the Power Pyramid will speak for itself. Inside the charger itself was packed in a plastic clamshell, nothing amazing. 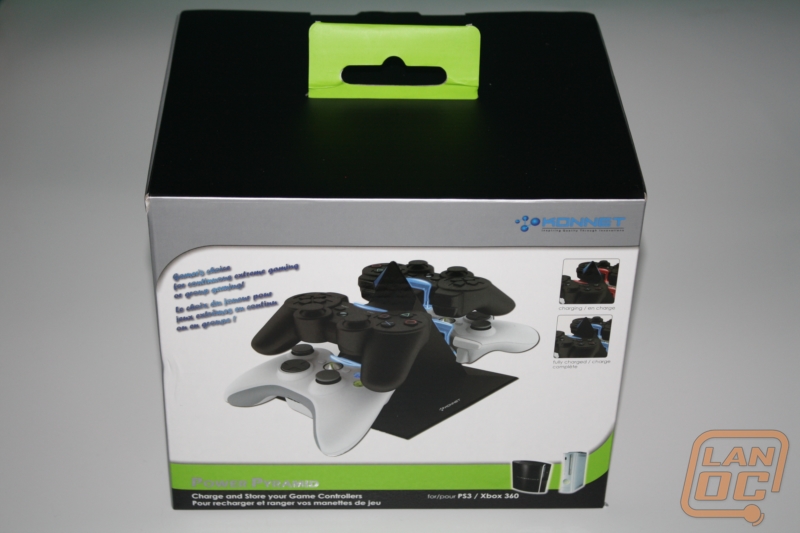 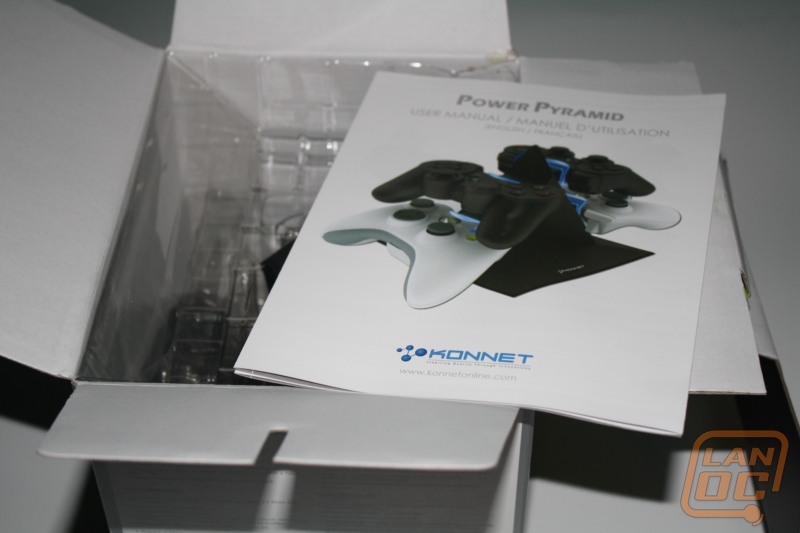 Installing and setting up the Power Pyramid was extremely simple. You have to plug in the included power cable into both the device and wall. With power to it, you are free to attach your controllers. In our case they sent a Power Pyramid that charges two Xbox controllers and two PS3 controllers at the same time. Docking your controllers is easy and you will know when you’re plugged in because the dock itself will glow blue once connected. 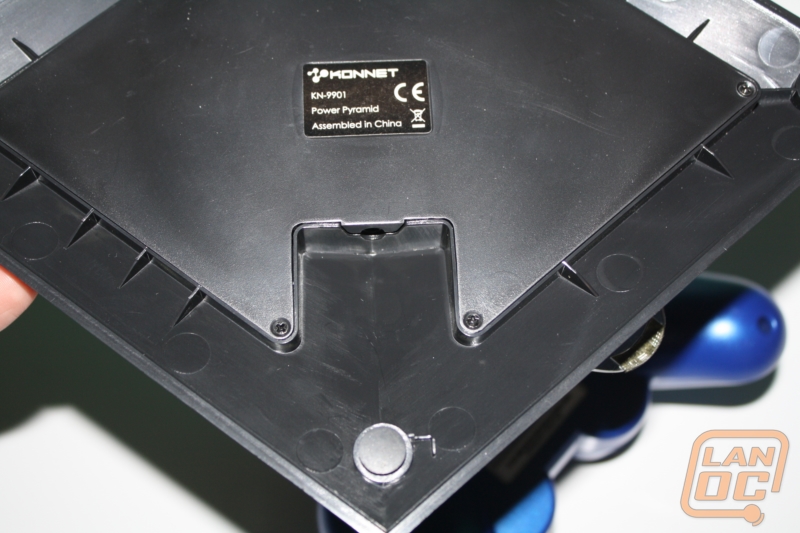 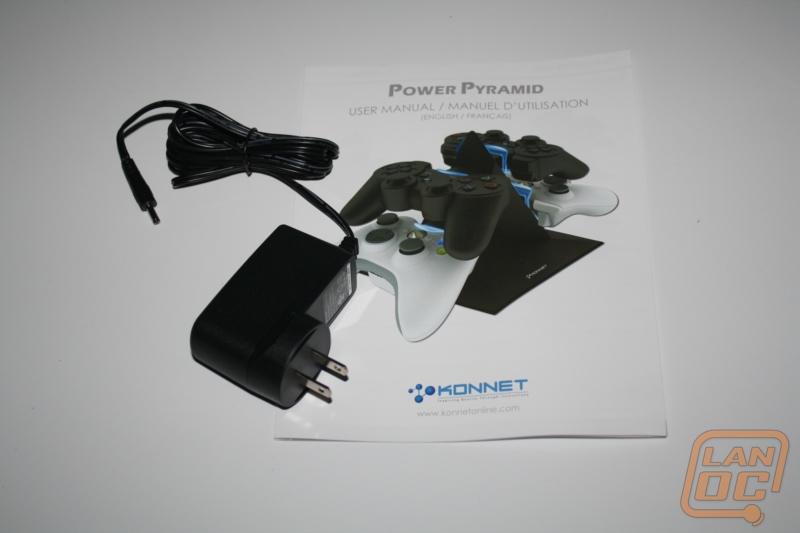 One thing that stood out about this setup is the lack of battery packs for your Xbox controllers. In my case it was fine because I have always used Microsoft’s Play and Charge and Quick Charge kits. If you don’t have either, you will be stuck hunting for the rechargeable batteries to take advantage of this charger. With the PS3 controllers, their rechargeables are already built in, you will have no worries there. With everything setup, I found this particular model to be very helpful in my living room. Although I do have more than two controllers each, I was able to keep two of each controllers charged and ready to go at all times, while only taking up one plug. It also helps to keep your controllers in one location when you aren’t playing. You don’t want to leave them sitting around and let them die. 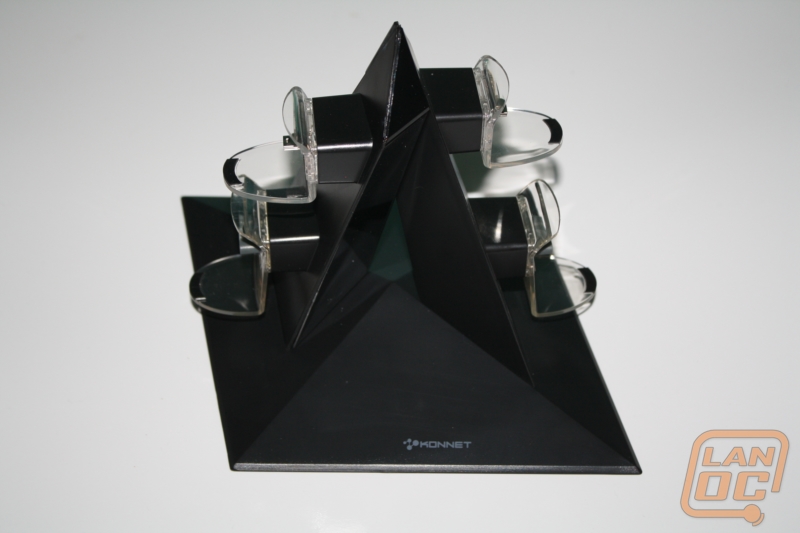 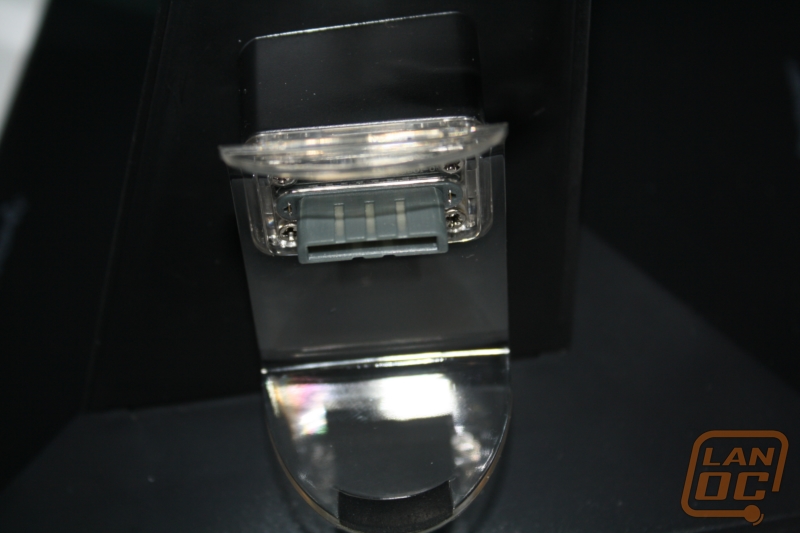 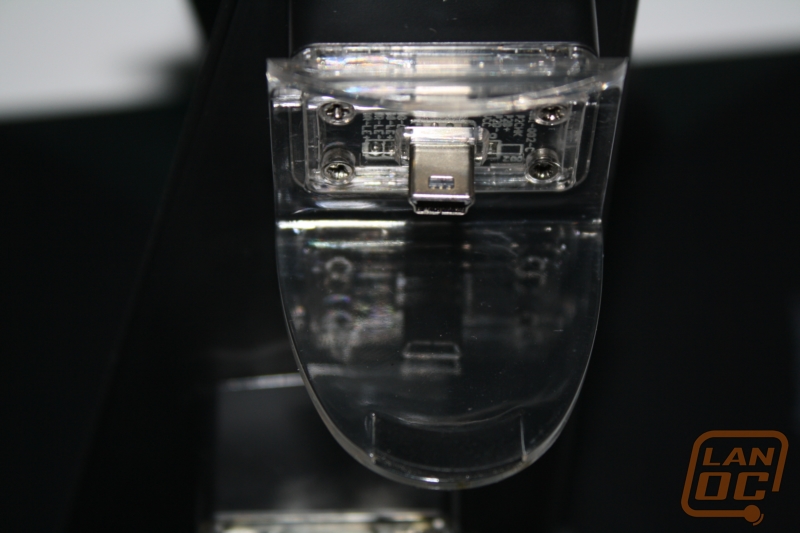 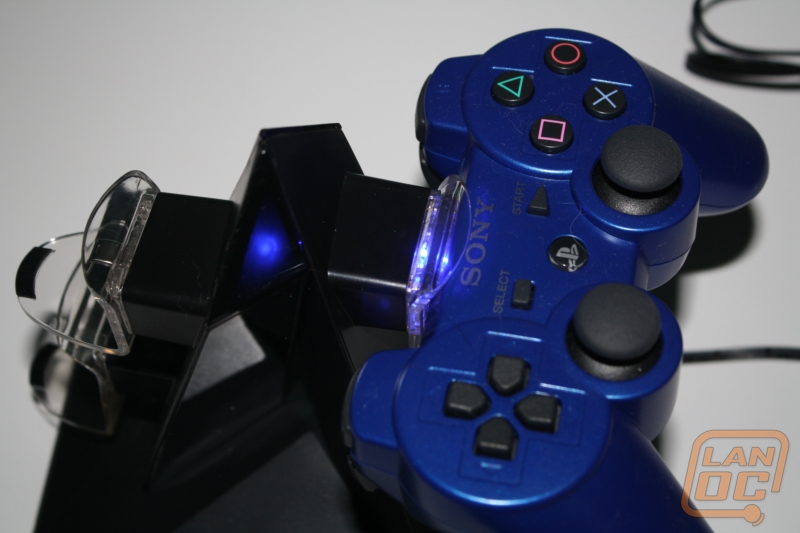 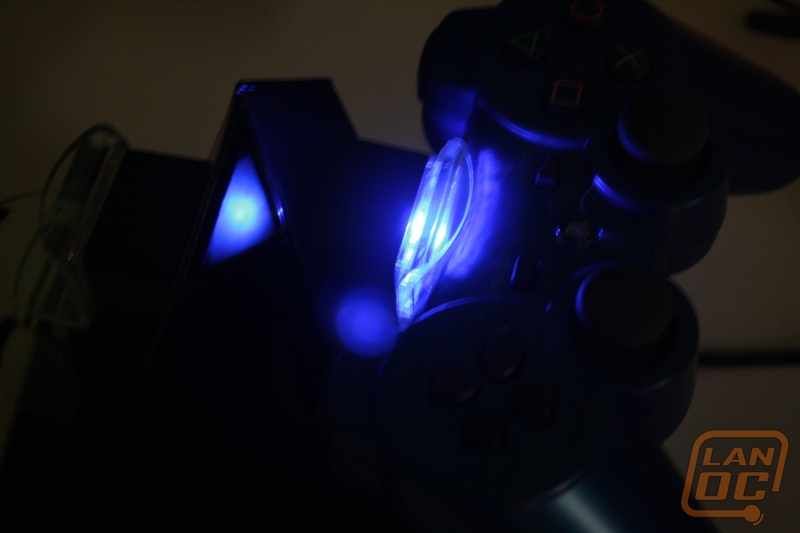 Konnet has come out with a very creative charging design that not only shows off your controllers, but also keeps them topped off all the times. Because of this, I am able to jump into a game any time I find a little time, without worrying about having dead controllers. The “Supreme Version” is ideal for anyone who, like me, has both systems, but a limited amount of outlets near my television. My main complaint about the Power Pyramid is their MSRP prices of 49.99 and 54.99, without including batteries for the Xbox controllers. This price is outrageous. You can find them for 10 bucks cheaper online, but it’s still a tough sell. 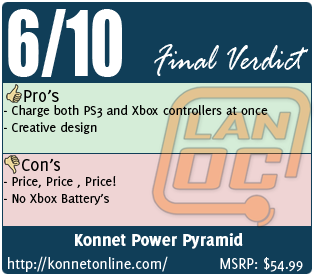 You might call him obsessed or just a hardcore geek. Wes's obsession with gaming hardware and gadgets isn't anything new, he could be found taking things apart even as a child. When not poking around in PC's he can be found playing League of Legends, Awesomenauts, or Civilization 5 or watching a wide variety of TV shows and Movies. A car guy at heart, the same things that draw him into tweaking cars apply when building good looking fast computers. If you are interested in writing for Wes here at LanOC you can reach out to him directly using our contact form.
Discuss this article
Log in to comment
Posts in discussion: Konnet Power Pyramid

We have 1426 guests and one member online