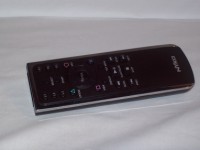 If I accidentally hit the R1 button and skip another scene in my movie, I may go insane. And what button brings up the menu? Square? Why isn't there some kind of simple remote out there, one that's not huge and inconvenient, but one to help capitalize on one of the PlayStation 3's greatest features? Thankfully, there is. Nyko's BluWave Infrared remote may be the answer, and they've generously sent us a sample to see for ourselves.

Nothing out of the ordinary here. A simple, clear plastic package with a crimp seal. Nyko has placed an image here and there to catch the eye of customers who may have an idea what they're looking for, a clear view of the product itself, and on the back a list of features. The BluWave is powered by two AAA batteries, which are included; and no, not some generic, powerful sounding brand that lasts a half hour. Duracell. After removing the controller, the USB receiver and the batteries (still impressed), the only thing left is the instructions on the bottom. 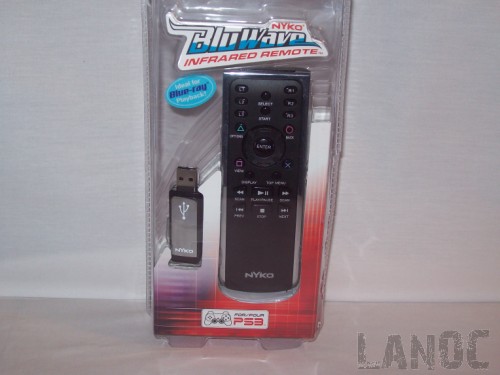 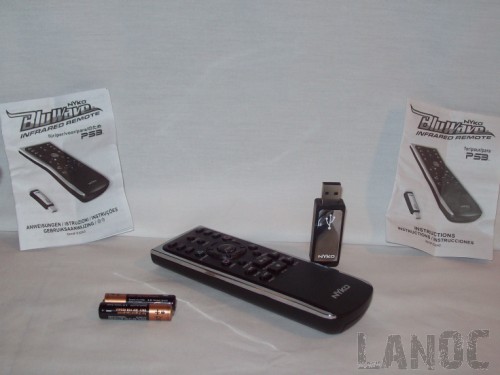 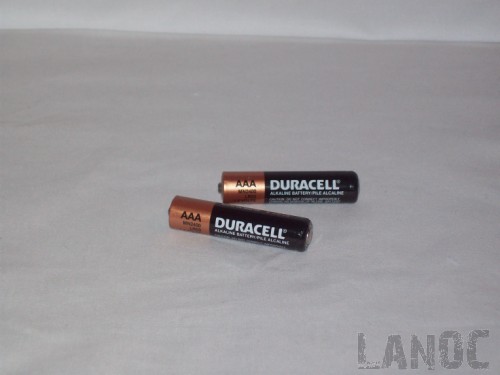 The first part couldn't be easier. Plug in the USB receiver into an open USB port on the PS3, remove the battery door on the remote, place the included batteries into the remote, replace door, and use. The controller not only features the tradition fast forward, rewind, play, pause, stop, and skip buttons, but also a directional pad and face buttons so the BluWave itself can be used even on the menu screen of the PS3. So go ahead, power on your system and navigate to the DVD with the remote. After doing so, all the buttons you need are right on the remote, and in a simple format. And while the PS3 face buttons (square, circle, etc...) still control some functions, such as pulling up a menu during play, they're actually labeled on the remote so there's no guessing. Plus, the BluWave can also be used for music. 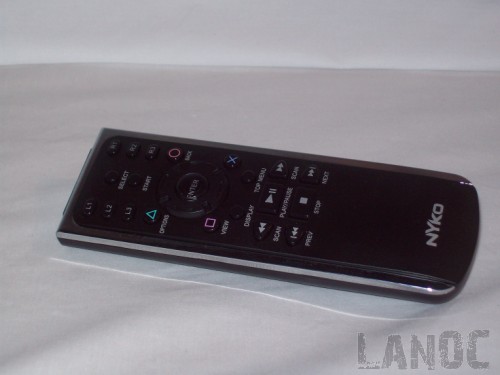 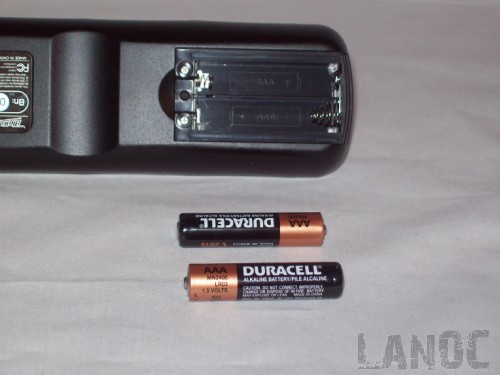 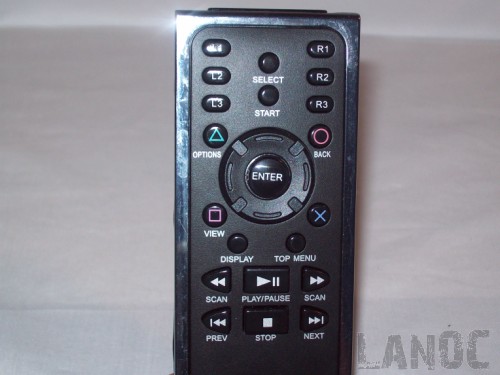 With infrared technology, the remote signal can be received from up to 25 feet, and in virtually any direction. The BluWave works just as it should, picking up the signal without issue. The remote itself is very light-weight and easy to use, sporting the face buttons of a regular Playstation 3 controller, a D-Pad for navigation, and of course the buttons essential to movie playback. The response time of the remote is just as you would hope, and all the usual features of the Playstation DVD/Blu-Ray player hold true, such as different speeds for fast forwarding, the ability to access a menu during play, etc. If that weren't enough, as mentioned before the BluWave can also be used for the music player feature. As great as the individual tasks of the remote are, the entire package is all the more impressive. Being able to access the PS menu, select and switch between both music and movie playback, and even the option to access other features, such as PlayStation Store, create a simply awesome experience. This works especially well if you take advantage of Sony's movie downloading system; you can scroll through available movies on the PS store, choose to download a title, switch back to the PS menu, and launch that movie all with one comfortable device. The facade of the BluWave is everything one would hope for. Its looks good, matches the Playstation 3's black and metallic lining, and is no longer than a PS3 game case (which are, of course, already shorter than 360 and Wii cases). It's a very lightweight piece of hardware, even with batteries, and is also curved along the bottomside to form-fit the user's hand. 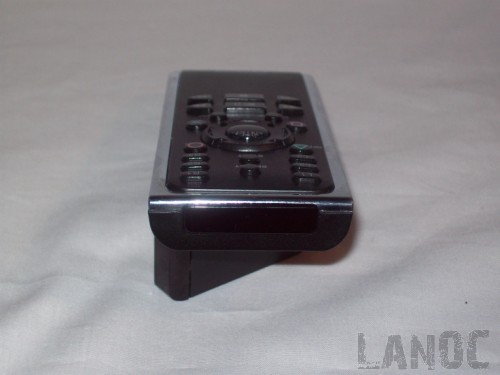 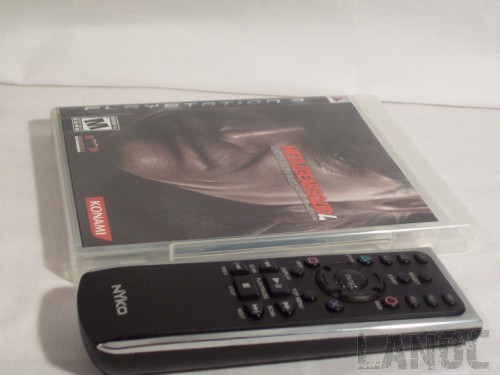 The reality that any PS3 user who watches movies will tell you is you need a separate remote. Using a game controller will get you through, but ultimately its going to increase the "I want to throw this thing against the wall" urge substantially. While there are others available, the BluWave is an inexpensive, light-weight option that works just as good as any other. The upside of the infrared USB receiver is that it can interact at multiple angles as needed, and batteries included, The downside, however, is that a USB port is used up, all the more precious since some models have lost USB ports all together. Though the BlueTooth option is obviously available, if Nyko had chosen that route we probably would have seen an hefty price rise. Aside from that, the USB is plug and play, so by excluding BlueTooth you also avoid registering product with each individual unit. The BluWave has amazing value at $19.99, and all costs aside is simply a great product. 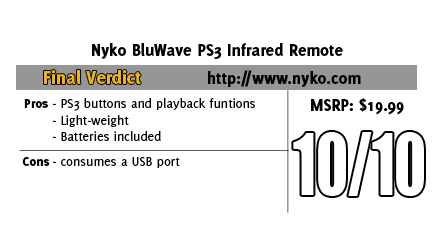 You might call him obsessed or just a hardcore geek. Wes's obsession with gaming hardware and gadgets isn't anything new, he could be found taking things apart even as a child. When not poking around in PC's he can be found playing League of Legends, Awesomenauts, or Civilization 5 or watching a wide variety of TV shows and Movies. A car guy at heart, the same things that draw him into tweaking cars apply when building good looking fast computers. If you are interested in writing for Wes here at LanOC you can reach out to him directly using our contact form.
Discuss this article
Log in to comment
Posts in discussion: Nyko BluWave PS3 Infrared Remote