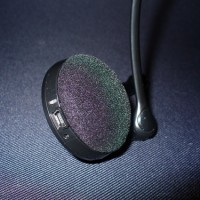 The Sony Playstation 3 as a console has so far offered up a questionable gaming experience for those who have purchased it.  Realistically, however, the system does have its own distinct titles - many of which deliver solid multiplayer content.  Resistance 1 and 2, LittleBigPlanet, and Warhawk all serve up delicious online fare just for starters and with the inception of Home for the PS3, it's safe to say that like the Xbox 360, online play is an integral part of the PS3 experience.  At this point, in order to maintain an edge in an online game, a headset is basically required in order to establish proper teamwork.  Since Sony hasn't seen fit to provide their supporters with an official Sony headset as of yet, it's up to the third parties to pick up the slack.  This is where Logitech comes in with their Cordless Vantage headset, an interesting device fit to take advantage of the PS3's Bluetooth capabilities.  They were kind enough to send us one, so that we might put it to the test. 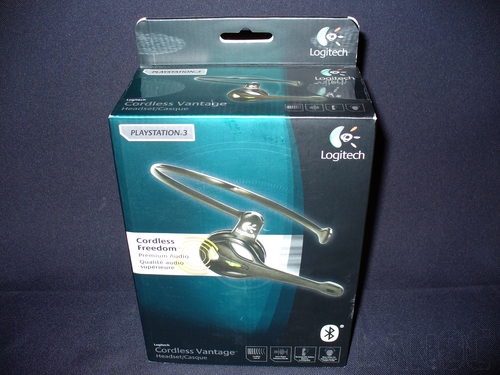 Logitech stuck with a tried and true, no-nonsense formula on this one.  The headset is encased within a simple cardboard box, which interestingly enough seems to have merely been painted over with the green and black colors you see in the pictures.  The box is still adorned with all the pictures and specs you could possibly want, so no complaints here. 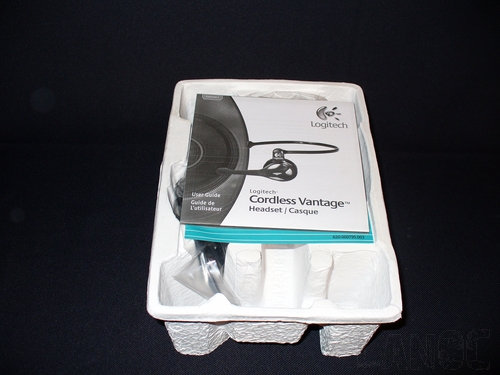 Inside, the headset, AC adapter, installation guide, and 1-year limited warranty are all fit snugly in place with spacing cardboard.  Efficiency is the name of the game here. 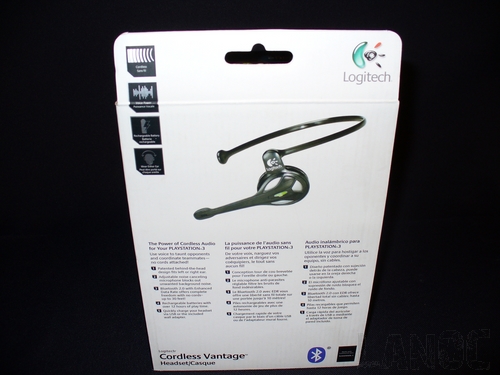 Logitech had the presence of mind to use the wireless technology that the controllers already use, Bluetooth.  This streamlines the connection process and requires only a quick numerical code of 0000 and a few setting changes the first time you connect the set.  In addition to this you also reap the benefits of the remarkable Bluetooth range.  30 feet definitely proves to be a bit of a stretch, with large obstacles like walls and doors cutting range significantly. However, I had no problems with anything less than roughly 15 feet.  So for those of you with 73" TVs or projectors, even if you have to sit the whole room away, range will not be an issue.  Battery life was also remarkable, with my own experience being hours on end and that was only because I didn't have the patience to play any more than that.  General consensus provides a hard figure of almost 12 hours off of a full charge, which is insanity.  If you can play for 12 hours straight and run down the battery on one of these things, I salute you.  Charging is also a pleasant facet of this product, as you can not only charge it via AC adapter, but also by way of USB cable - the same type you use to charge the controllers. 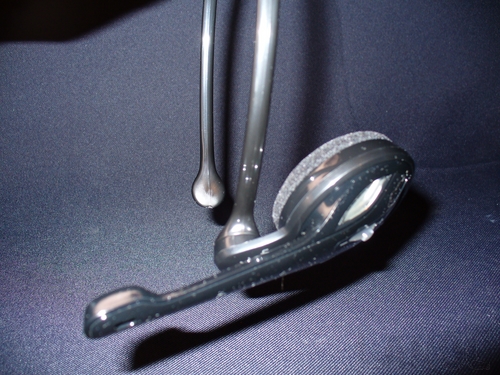 The Cordless Vantage isn't particularly comfortable.  Its not so much painful as it doesnt seem to want fit snug to your head.  The set is made of polycarbonate -aka- plastic, so it has been prefitted to what I'm assuming is supposed to be somewhat of a one size fits all.  Except it doesn't....on me at least.  I have a big head though so average and smaller domed people may have better luck.  The headset has a swivel mechanism which allows it not only adjusted up and down on the face and ear, but also completely turned around so that you can choose whether to have the headphone and mic on the right or left side. 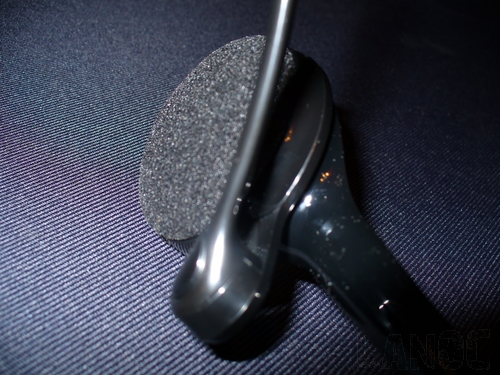 This, while more than a welcome feature, proves to be a bit of a double edged sword.  The set feels somewhat unwieldy since absolutely everything can be swiveled and adjusted.  I suppose the point is a bit moot however, as being able to adjust the headset is very necessary.  Mic quality is superb, the Vantage provides a clarity I've rarely gotten out of my microphones.  It doesn't randomly cut out, everyone can hear you perfectly without a hitch, there is absolutely nothing I can gripe about on the mic.  The headphone, on the other hand leaves a little to be desired.  You get one and that's it.  I'll swear up and down that thing is mono, and seeing as Logitech doesn't list the number of speakers in the set anywhere, I'm going to assume I'm right.  People might say, "Well it has only one headphone, of course it's mono."  Well its becoming more common for sets to have more than one speaker per headphone for a  surround sound experience.  Not here, no sir.  If you listen to music on this you will weep.  The only reason this can fly, in my opinion, is that audio quality isn't necessarily what this device is marketed for.  I can vouch that it is fine for listening to teammates, but that's about it.  On the flip side though the controls work rather well.   They're located on the headphone in question. 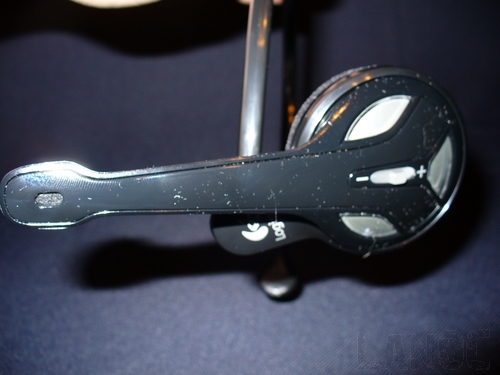 You push the switch in one direction for volume up, the other for volume down, and you press the whole thing in to turn the set on and off, as well as synching it.  It uses red and green lights to differentiate between powering it on and off and synching.  The nice thing is, these controls are so simple, you can adjust them on the fly with one hand. Conclusion The Logitech Cordless Vantage is by no means a bad headset, and considering your other options for the PS3, this is probably your best bet.  The price seems a little steep for such a device, but at the moment, your alternatives in the way of Bluetooth headsets are crappy phone headsets, which don't always get the job done or have the features that the Vantage does.  If you have a Bluetooth capable PC or laptop this thing is practically a no-brainer as it works perfectly from what I've seen, meaning you could almost have two headsets for the price of one.  Certainly at any rate, Logitech has put forth a very solid contender in the Bluetooth headset market. 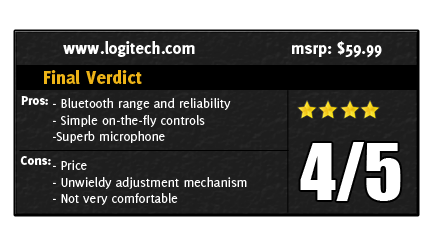 You might call him obsessed or just a hardcore geek. Wes's obsession with gaming hardware and gadgets isn't anything new, he could be found taking things apart even as a child. When not poking around in PC's he can be found playing League of Legends, Awesomenauts, or Civilization 5 or watching a wide variety of TV shows and Movies. A car guy at heart, the same things that draw him into tweaking cars apply when building good looking fast computers. If you are interested in writing for Wes here at LanOC you can reach out to him directly using our contact form.
Discuss this article
Log in to comment
Posts in discussion: Logitech Cordless Vantage PS3 Headset

We have 1696 guests and one member online