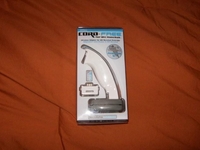 When the Wii was announced the wireless remote shaped controller caused confusion an intrigue. A system without wires was a welcome change to the console coming with a mess of a wired controller and a premium price to go wireless. Then the nunchuck came to light and there was a collective groan. A wireless controller with wired peripherals sounds like madness. MADNESS? This is Nintendo! They promised a solution but never delivered which led to 3rd party companies like Nyko to swoop in and save the day. I will be reviewing the Cord Free nunchuck by Nyko.

Typical to the nyko wii products I have come in contact with the packaging is a clear plastic shell with the graphics printed on it. This makes it fun to look at and makes it stand out on a shelf. Inside the package is the nunchuck shell , 2 AAA batteries , and the wireless dongle. Instructions are printed on the packaging and also comes in nifty paper format. 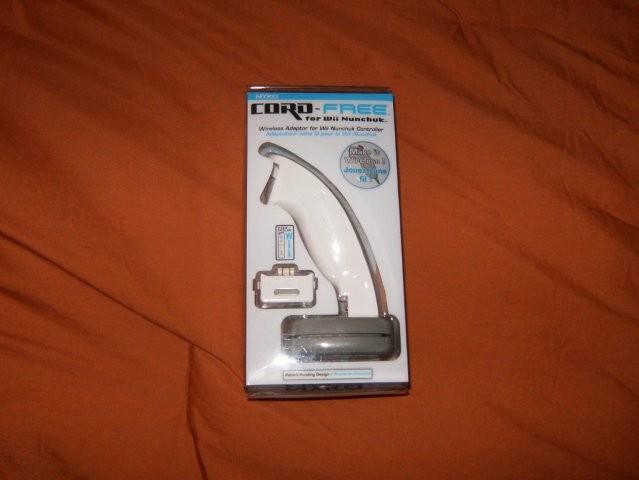 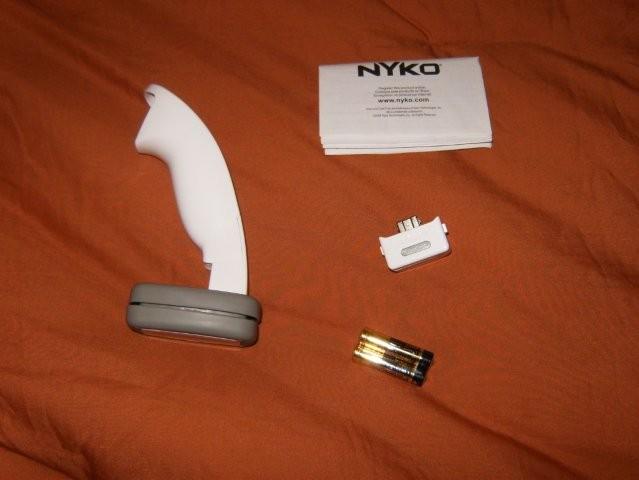 After installing the batteries you slide the nunchuck in the shell and now you must hide the cord. Wrapping that cord up is a complete pain in the arse. To conceal the cord there is a base that you wrap it around which is covered by two rubber pieces. The way it is designed is you wrap the cord around the base and plug the nunchuck into the front of the shell. If you wrap it in a nice fashion from the top of the base to the bottom your are left without enough slack to plug the nunchuck in. If you go from the bottom and work your way up you have enough room but there is a point where it overlaps and causes the white wire to stick out of the grey rubber holders. Bothering the hell out of this reviewer. Then its on to the wiimote part of the installation . All you have to do is plug the dongle into the bottom of the wiimote and that is done. 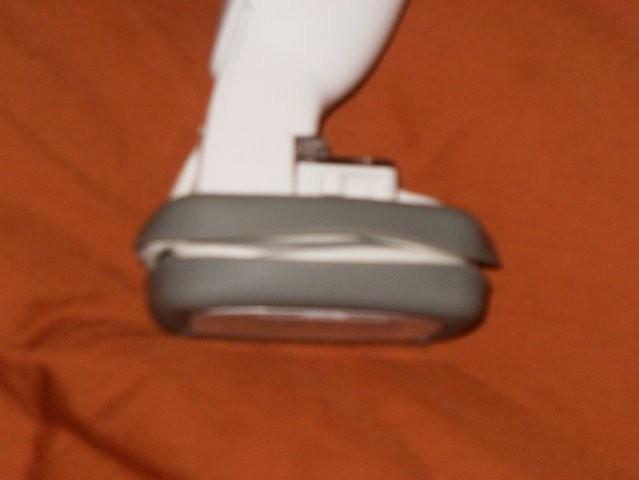 To power the nunchuck on all you have to do is press the power button located on the base of the unit and play as normal. There is one minor issue though. When the unit is on there is a blue led that blinks, and blinks , and blinks , and blinks for the duration that the nunchuck is on there will be blinking. This could possibly be a problem for someone in a low to no light environment , unless they like blue led raves then the wii is the system for them. 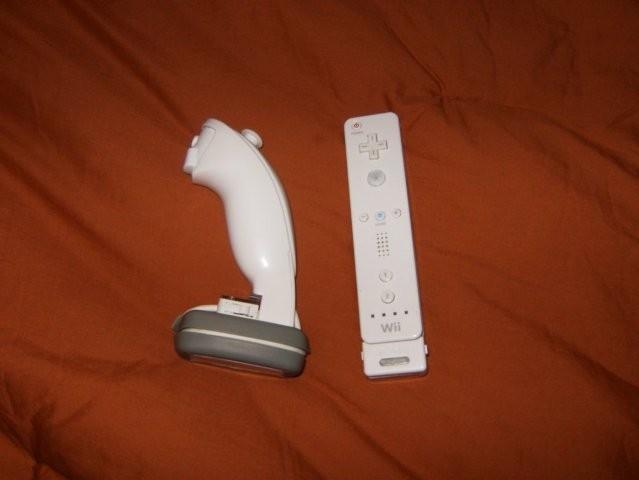 The shell also adds a tiny bit of weight to the otherwise feather light nunchuck. It doesn't make it heavier than the wiimote but there is a difference. This can be both good and bad depending on the player. Enough about the bad.. Now on to the good! Once you get in game you can not tell a difference between this and the wired nunchuck. There were absolutely no latency issues and it felt natural after a bit of use. It held up to the precision selection from Trauma Center to the mini games in No More Heroes with no problems.

Final Thoughts The price point of $19.99 seems a little high $14.99 sounds a bit more reasonable considering that is what they roughly set the perfect shot at.  Nyko also released a completely wireless nunchuck called the Kama that retails for about $34.99. If you have the cash get the completely wireless. If wires bother you that much though you really can't go wrong with the product in spite of its issues. It does its job and it accomplishes it well. 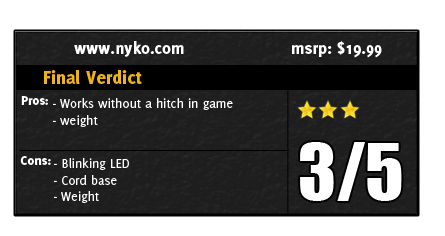 You might call him obsessed or just a hardcore geek. Wes's obsession with gaming hardware and gadgets isn't anything new, he could be found taking things apart even as a child. When not poking around in PC's he can be found playing League of Legends, Awesomenauts, or Civilization 5 or watching a wide variety of TV shows and Movies. A car guy at heart, the same things that draw him into tweaking cars apply when building good looking fast computers. If you are interested in writing for Wes here at LanOC you can reach out to him directly using our contact form.
Discuss this article
Log in to comment
Posts in discussion: Nyko Cord Free

We have 1481 guests and one member online