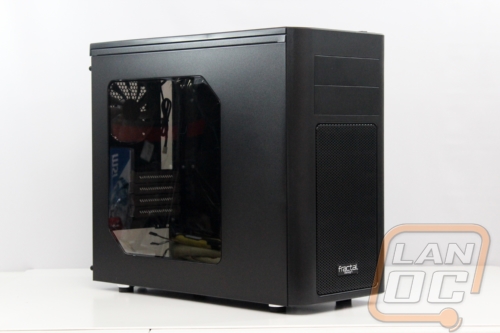 If you were to cut the Arc XL in half and take a section out of the middle you would have the Arc Mini R2. The overall layout is exactly the same but there is just less room and fewer of everything. For example, the Arc XL had two hard drive cages with four trays each, the Arc Mini R2 is the exact same but with three trays each cage. The hard drive cages are both still removable as well, but this time around it matters more because of the smaller size. We have half as many 5.25-inch drive bays and only 4 PCI slots compared to the XL’s 9. Even so, we still have the two exhaust fans up in the top left corner, 120mm’s this time around though and the power supply is down in the bottom left corner. 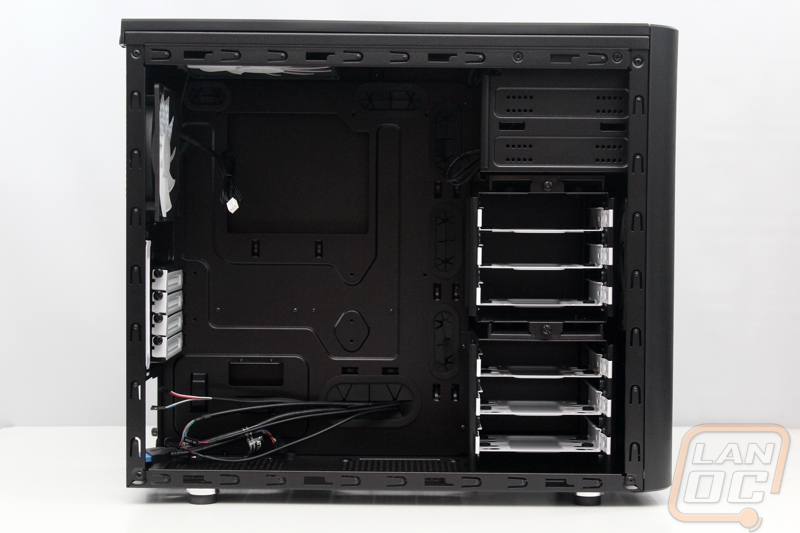 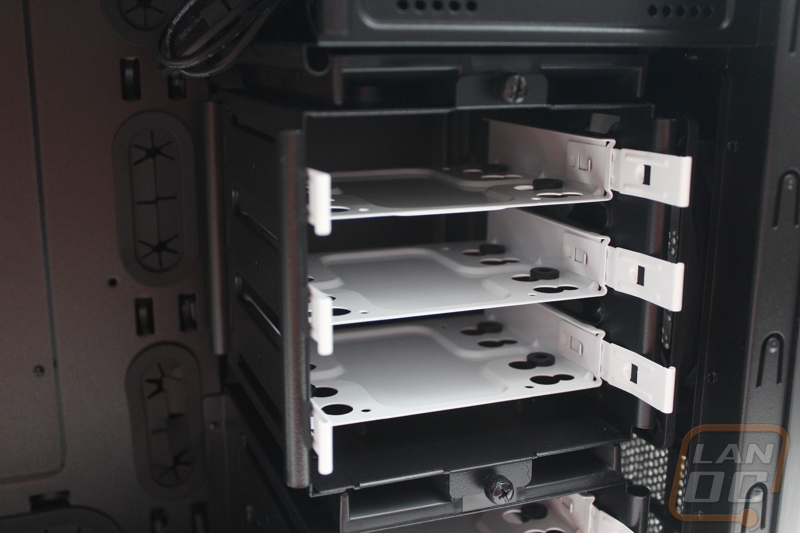 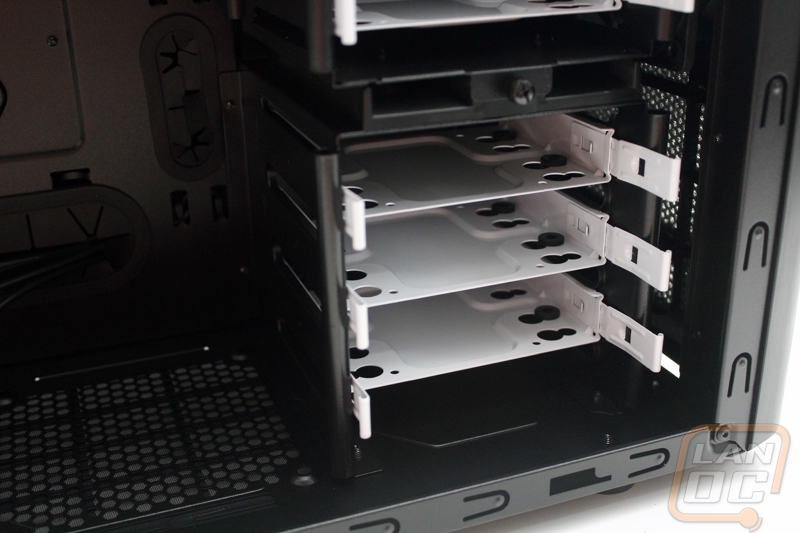 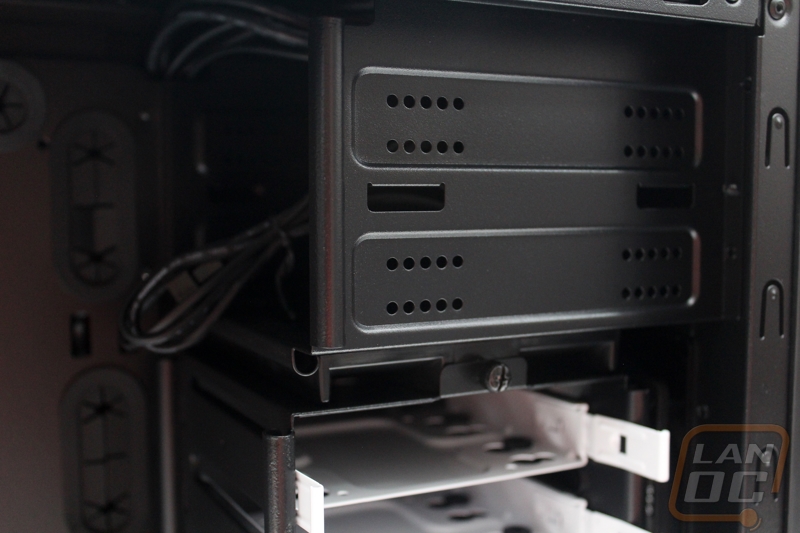 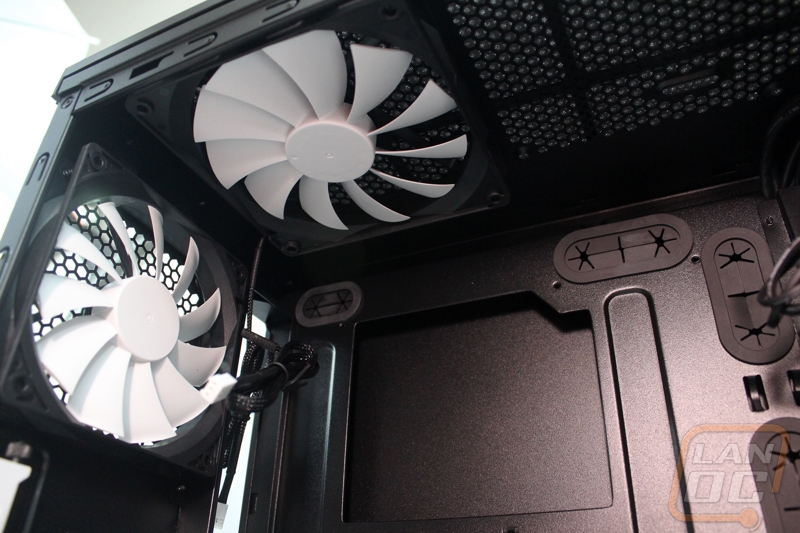 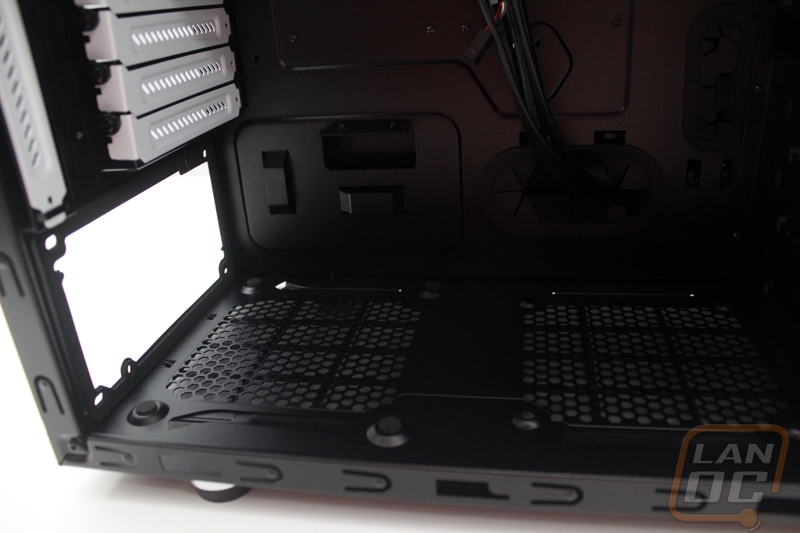 They did change things up slightly with the 5th PCI slot being sideways. This can be used for expansion cards, fan speed controllers, or the power switch for lighting. 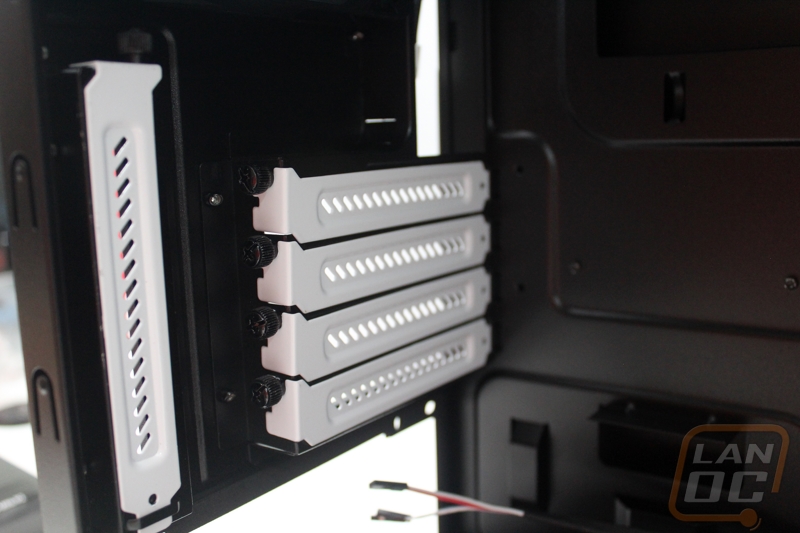 With the top panel removed we still have multiple fan mounting options. You can run two 140mm fans or three 120mm fans. Fractal did include a 140mm fan to get you started. If you want to run a radiator up here it’s going to be a little tight with most motherboards though. The top panel itself has a dust filter built in. Normally I would only see these on an intake fan but it should help prevent household dust from falling down into the case. 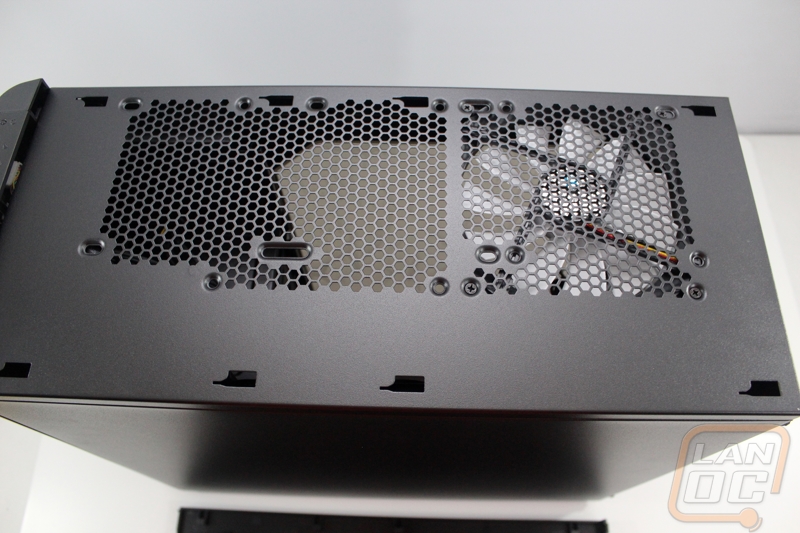 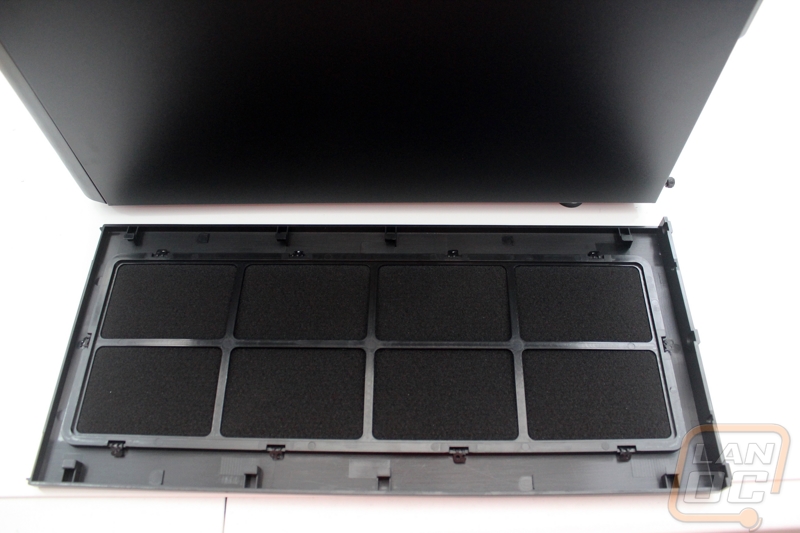 On the back side of the Arc Mini R2 we have ¾ of an inch of wiring space behind the motherboard tray and a little more behind the hard drive trays. This is about average for space these days and should get the job done, but not with a lot of extra room. I love that Fractal pre-wired the front panel connections for us to get things started  and to help keep them out of the way of our power supply wiring. On the XL the front panel fan controller came out on the back panel, but you will have to route it around to go out behind the motherboard tray due to the flipped front I/O panel.

Fractal did go all out with wire management holes with a total of 6 grommeted holes in this relatively small case. We also have the same two SSD mounts on the back of the motherboard tray to add to the 6 2.5/3.5 inch hard drive mounts in the trays. This means you could run an SSD and a 2.5 inch hard drive in the Arc Mini R2 and just remove the front two hard drive cages to install a 240mm radiator. 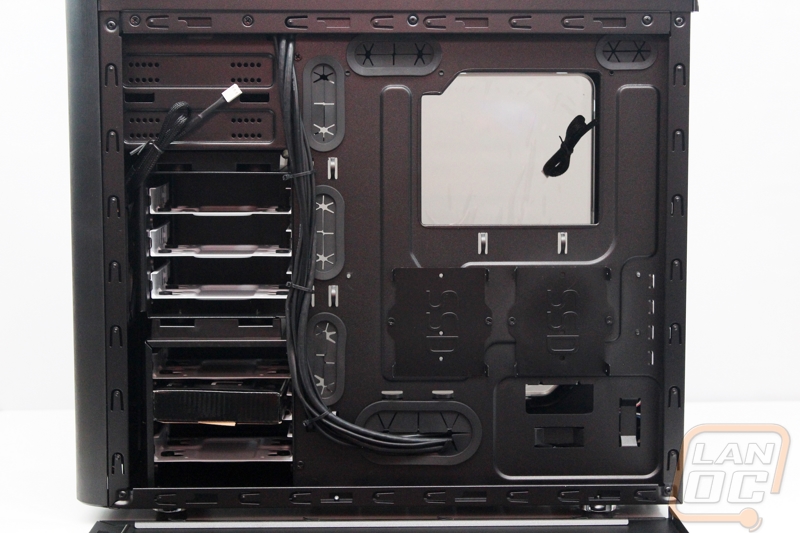 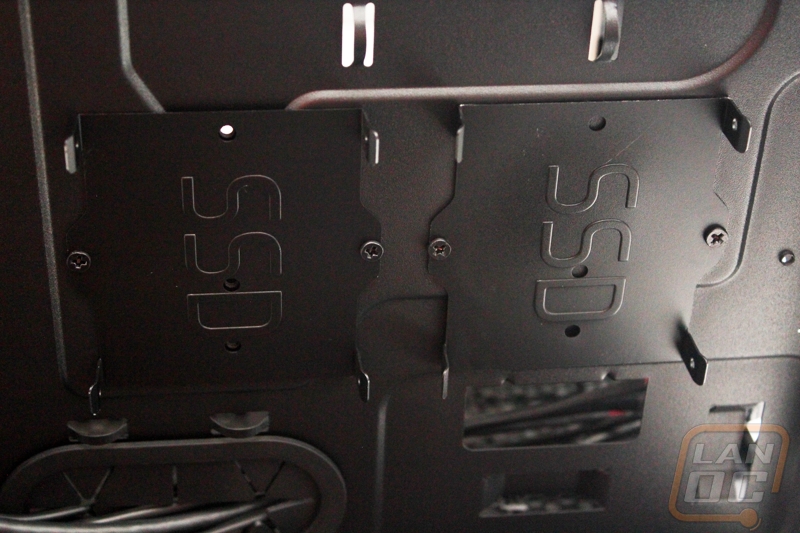 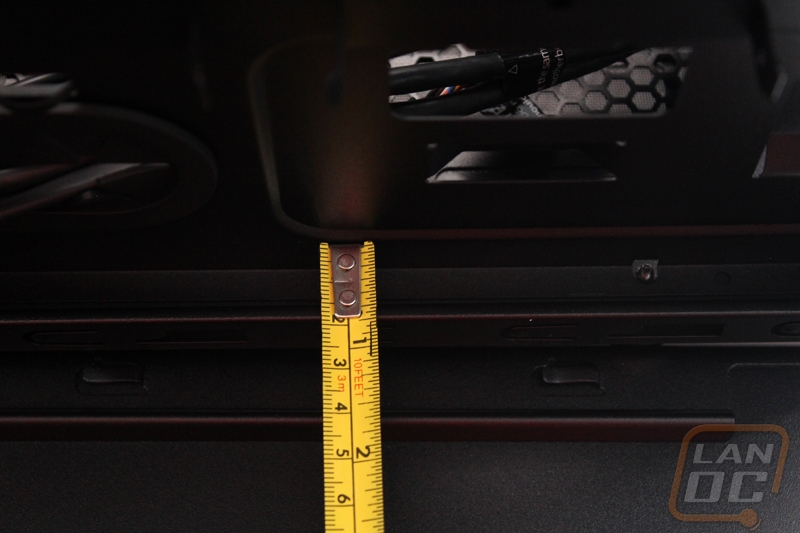 garfi3ld replied the topic: #34692 02 May 2014 20:34
Man, its crazy how much you have to get done after a vacation. Now that I am back in the office I have so much to do before we head out to Nexus LAN this weekend. I do still have a review for you guys to check out today. Take a look at another Fractal case once again, this time a little smaller. Enjoy!!
Read More...

We have 1704 guests and one member online