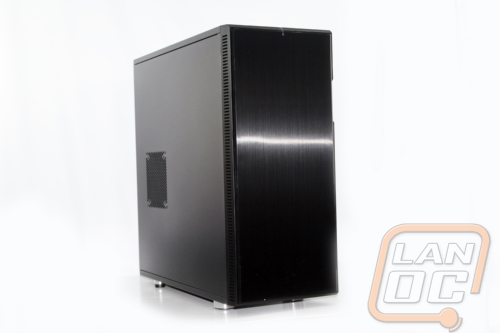 Interior
The motherboard cabinet of the XL R2 has plenty to work with. Capable of up to XL-ATX, the tray is surrounded by grommet holes for cable management on just about every possible vital area. When empty, you can see the noise reducing material from the inner side of the opposing side panel through the CPU cutout. The ceiling of the XL R2 supports slim radiator mounting or straight 120/140 mm fans. 120 mm fan radiators can be mounted on the bottom or rear exhaust area, as well will be testing with, and 240mm can be mounted at the front with a little hard drive cave feng shui. The XL R2 has two essentially identical cages functioning on thumbscrews for either or both to be removed. The hard drive bays function on a semi-toolless design, in that the tray slide in and out with by depressing tabs, but the drives themselves are mounted by traditional screws. By factory default, only the top bay has a front intake fan corresponding to it, so unless you upgrade you’ll want to use it for any mechanical drives. Above, the 5.25” external bays also function by traditional mounting tactics. 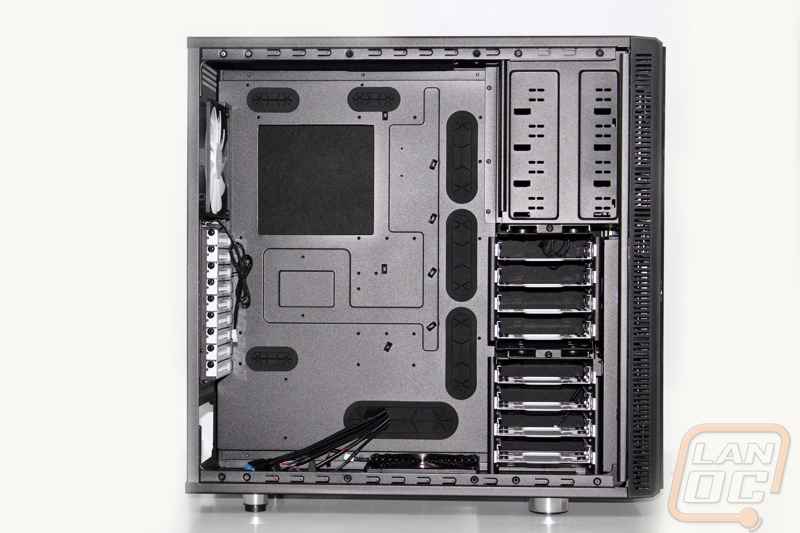 We already covered some of the bottom of the chassis in the preceding section. We can see the installed bottom fan as well as the PSU mount area featuring risers of its own so the unit isn’t sitting directly on the base. I pulled one of these rubber risers off for the sake of science and a better photo. They’re fairly sturdy and the adhesive was good enough to rebond when I put it back. As discussed, the XL R2 will support extended power supplies, up to a documented 345mm if you remove the installed bottom fan. Otherwise, 190mm is going to be your ceiling. 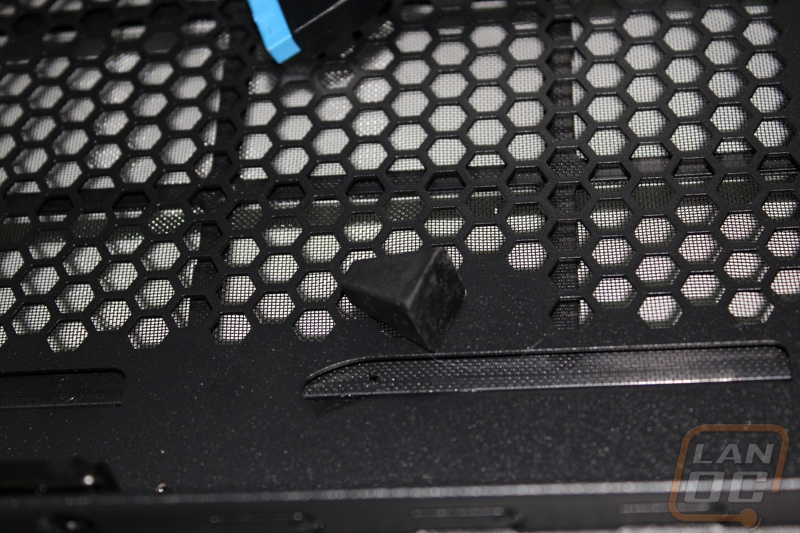 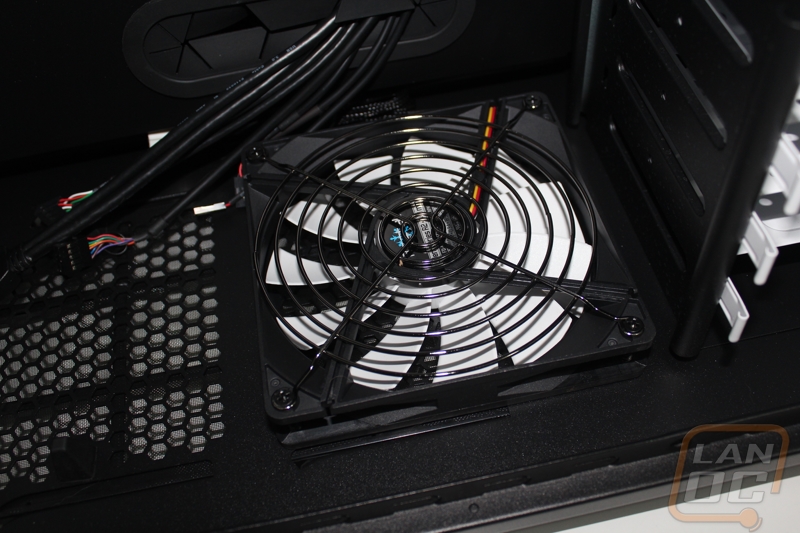 The rear interior is simply the reverse side of that discussed in the exterior section, though we do see that the PCI slot covers function with thumb screws. The XL R2 will support up to 9 PCI devices, and up to 330 mm in length. If the hard drive cages are manipulated, this can be extended to 480 mm. 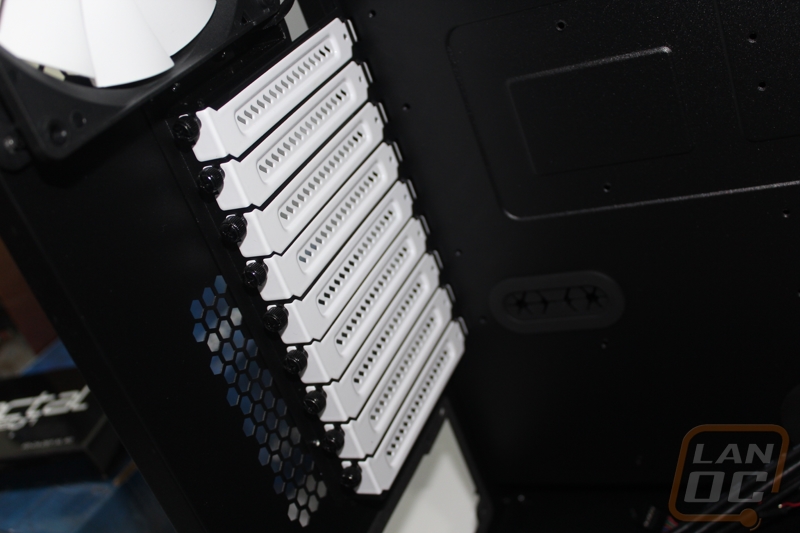 Taking a quick peek around back, we can see the front I/O cabling already nicely routed for us, as well as a few fan connectors in the hard drive area. There is also a Molex header here, an additional feature of the XL R2 is a three-speed fan controller built in to the front panel. Fractal also boasts 26 mm of space between the motherboard tray for cable management, which is nice but may still be a bit tight, especially in what could be high traffic areas for certain grommets. 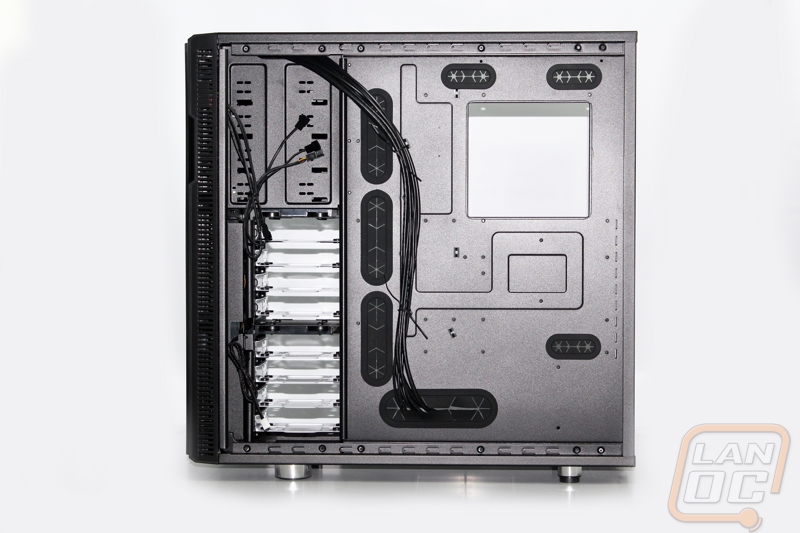