On the inside at first glance it is both difficult to see how everything is going to fit, but somewhat astounding how they managed to move things around to make additional room in unorthodox spaces. Right away in the front of the case we can see where the water cooling reservoir would be located. Currently in its place is a 120mm fan with a room for a second, or we can have zero fans and one big box of awesome! This is probably the most unique feature of this case, up until this point if someone has built a micro or mini ATX computer they have had to find other cooling solutions to try to keep all of their temps manageable. With this design it allows users to not have to sacrifice cooling in exchange for a smaller form factor computer. 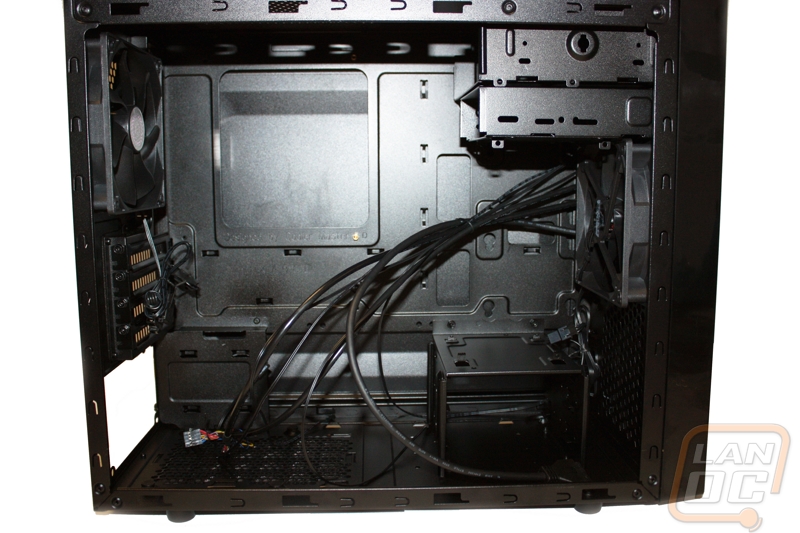 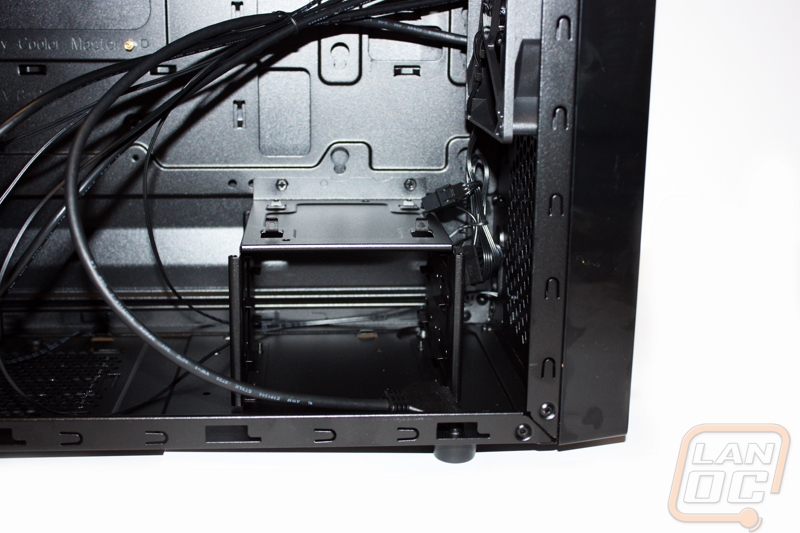 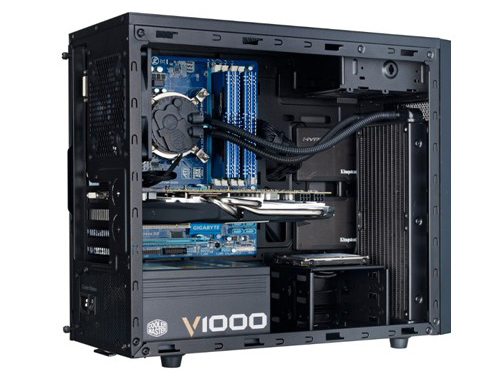 The next couple of things that we notice are the bays at the top of the case. The first is an ODD bay for your blue ray or dvd drive, and the second is a standard 3.5 inch bay. This 3.5 inch bay could be used for fan controllers, hard drives, card readers, or even a floppy drive if you really want a blast from the past. The cool part about the 3.5 inch bay is that it can be used as a hard drive solution. If you really want to remove the bay at the bottom of the case for additional room, you can locate your hard drive up in the top bay and completely remove the bottom bay all together. 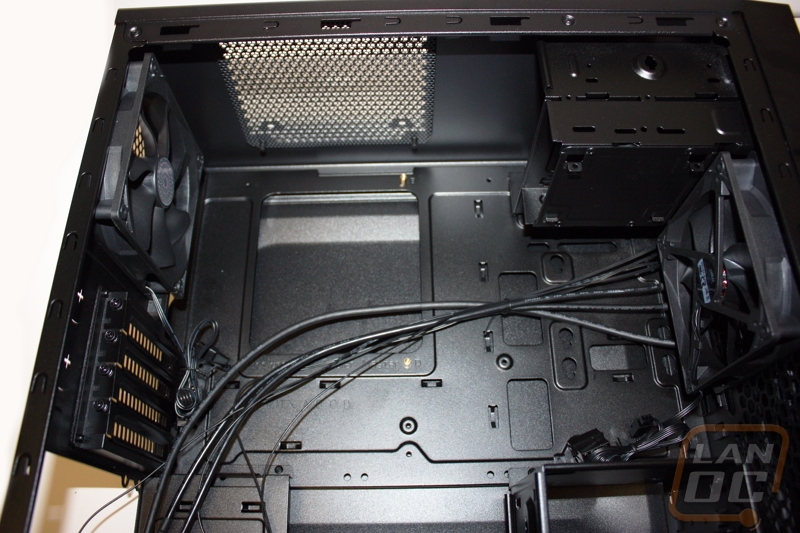 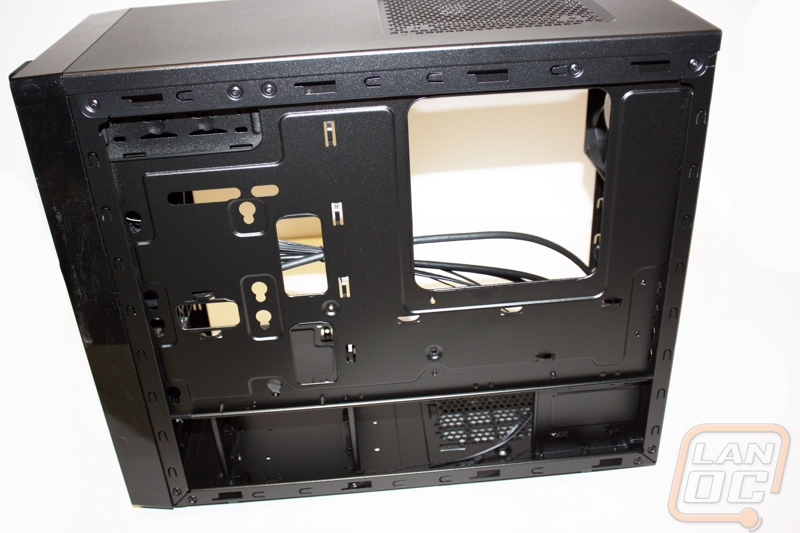 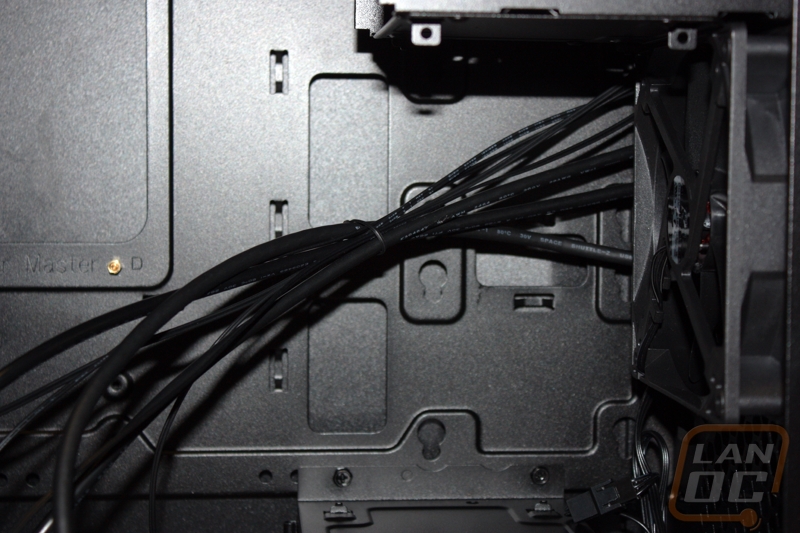 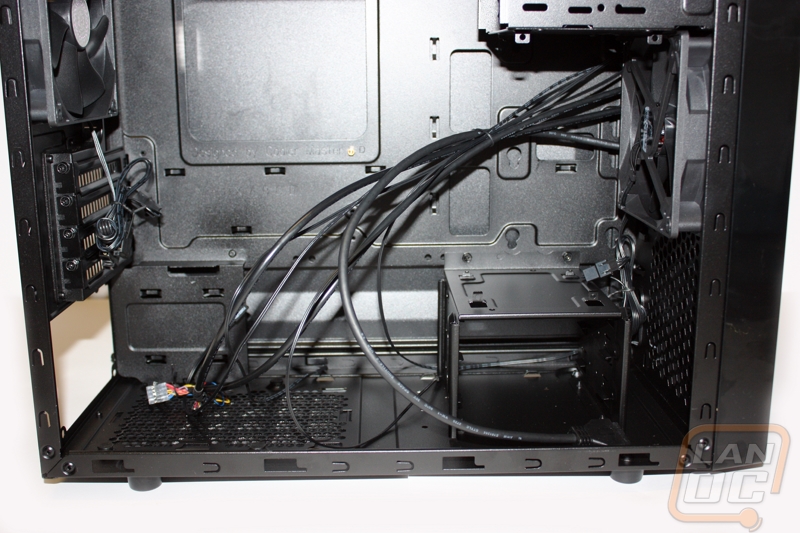 As far as the inside as a whole it is interesting to see how they made the amount of room as I said before, but it is still somewhat bothersome how little room it looks like we have. Another thing I want to note is that everything inside of the case does require screws, which doesn’t really surprise me. The fact that this was built and marketed as a budget case makes it apparent that we aren’t going to get features that are for more expensive cases. This isn’t a bad thing at all, I don’t mind screwing things in, I just felt it deserved to be noted in case anyone was curious as to how hard drives and such were held in.

We have 651 guests and one member online