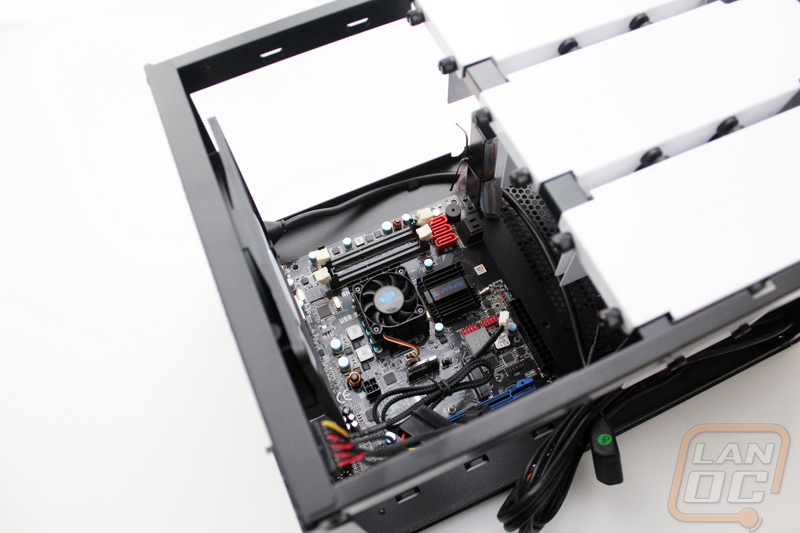 Considering the Node 304’s size I couldn’t go with our standard test bench. This time around I went with an AMD E-350 motherboard APU combo that is perfect for an HTPC setup or a small low power file server. The Node 304 is capable of holding a lot more than this small motherboard as well if you remove some of the hard drive mounts. Speaking of the hard drive mounts, the first thing you want to do when digging into the Node 304 is remove the three hard drive mounts to make for easier access to the entire case. With our motherboard installed I went ahead and dropped in our power supply. The 850 Watt power supply is obviously overkill for the build that we are putting together but I was curious how a large PSU would fit in this situation. As you can see it is a little tight, especially with the modular connections that we will need as well.

Fractal recommends a shorter power supply if you are planning on installing a long video card as well. Along with that you will need to remove two of the three hanging hard drive mounts to make room as well.

I didn’t mention it before, but when you install the power supply, because it is fully on the inside of the case, you have to plug in the power cord to it. The way our power supply lined up with the fan blowing out the ventilation on the bottom of the case, the cord was a little bound up against the front of the case.

Installing our hard drives into the hanging hard drive cages went smoother than I expected and those of you who prefer cases that use screws to hold the drives in place over tool-less will really be happy with the design of the Node 304.

With everything installed in the Node 304 I moved on to its performance. Frankly the all in one motherboard that we went with wasn’t enough to generate enough heat to put the cooling of the Node 304 to the test. For such a small case Fractal really went over the top to make sure everything stays cool inside. We have tested full size towers with less cooling. Along with the cooling, I was also impressed with the noise level that the Node 304 sits at. To fans of Fractal cases, this shouldn’t come as a surprise, they are always known for being quiet along with their styling.

Overall use of the Node 304 was interesting. I love the look of the case with everything hidden but it was interesting the first time I asked my wife to turn the computer on for me with the power button hidden around on the side. Once you figure it out its simple and easy to use though and its not a bad compromise for the clean look that it gives you. I also love that the large mesh panel on the side of the case is right next to where you would put your video card meaning it will pull in nice cool air keeping things even cooler. Really the whole case is interesting, you have the cooling and capacity to pack a killer gaming rig into the Node 304 but the biggest issue you will run into is the only way to do that is to remove 2/3rd of the hard drive capacity as well as stick with a small power supply. I would love to see this exact same design but an inch wider. You could put together a PC that will play any game as well as compete with the storage capacity of much larger cases as well. 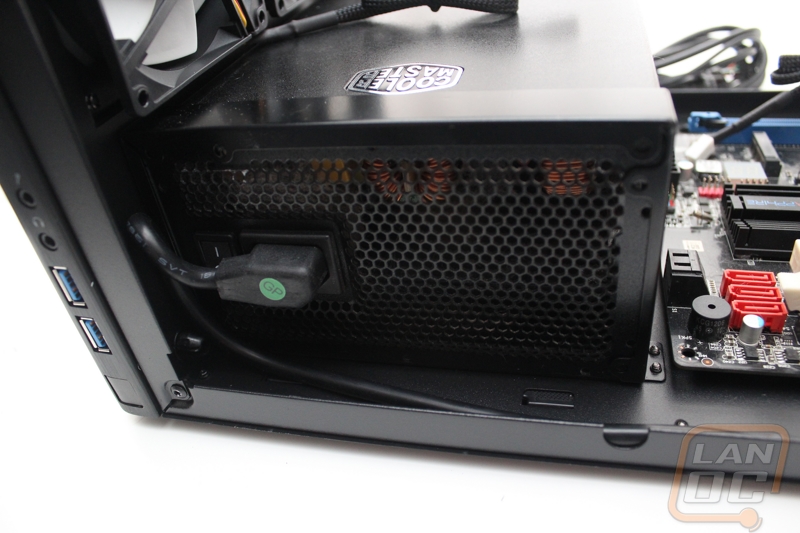 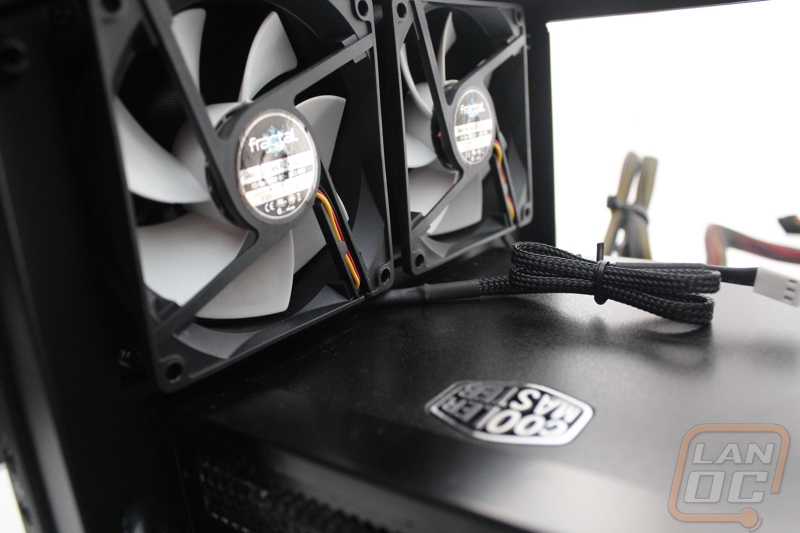 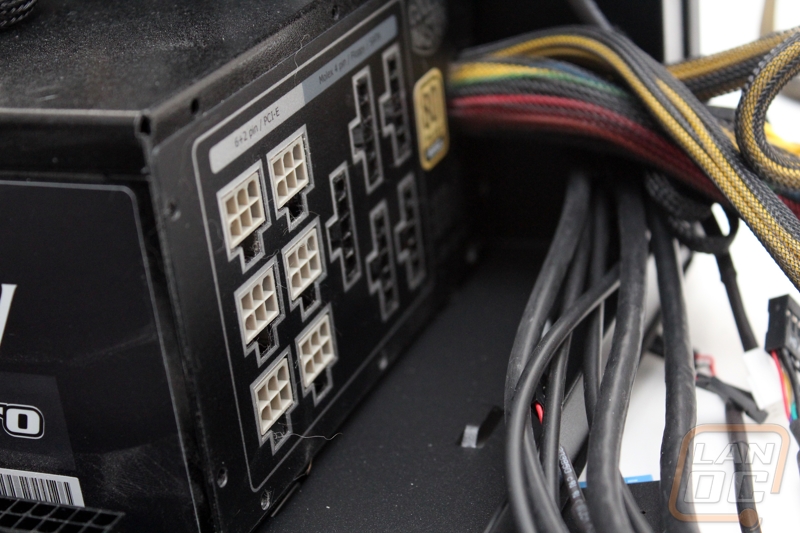