Silverstone uses the word champagne appropriately for the Raven RV03. It not only nails the trimming that runs along the front and top of the chassis, but also establishes a sense of elegance. Inspecting the exterior of the RV03, I would say that is a safe, early assumption. The Raven 3 isn’t tattooed with any large, high contrast images, intense lighting, or sharp facade. It has a relatively simple look, which is especially misleading if you aren’t familiar with Silverstone cases. 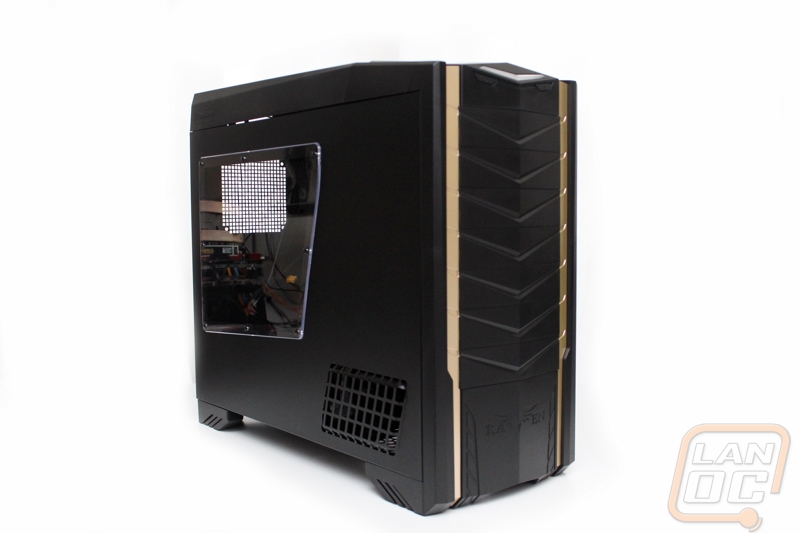 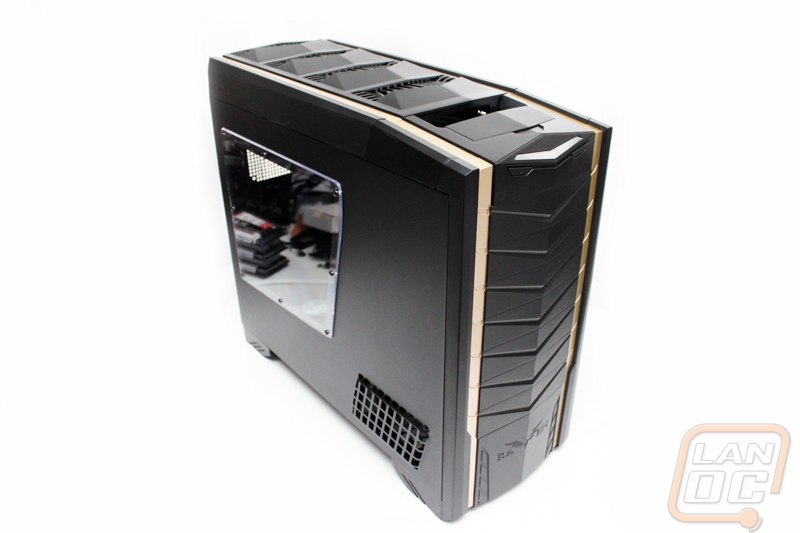 The front of the Raven 3 is stacked with seven elongated ‘V’ impressioned plates that correspond to the external drive bays inside. Unlike many of the builds we see where a few are removable while the remainder are faux for looks, each of the Raven 3’s are functional. A larger piece finishes the front panel at the bottom, engraved with the Raven logo. You’ll find that this is actually a wall of the power supply bay. 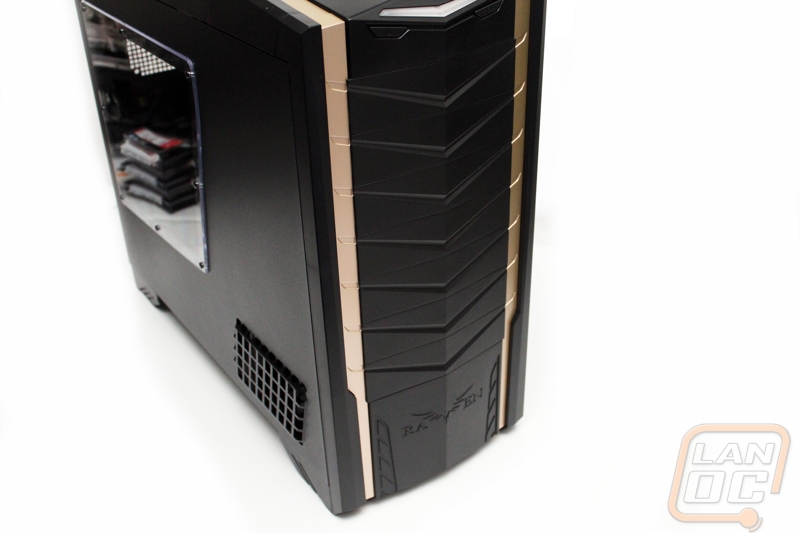 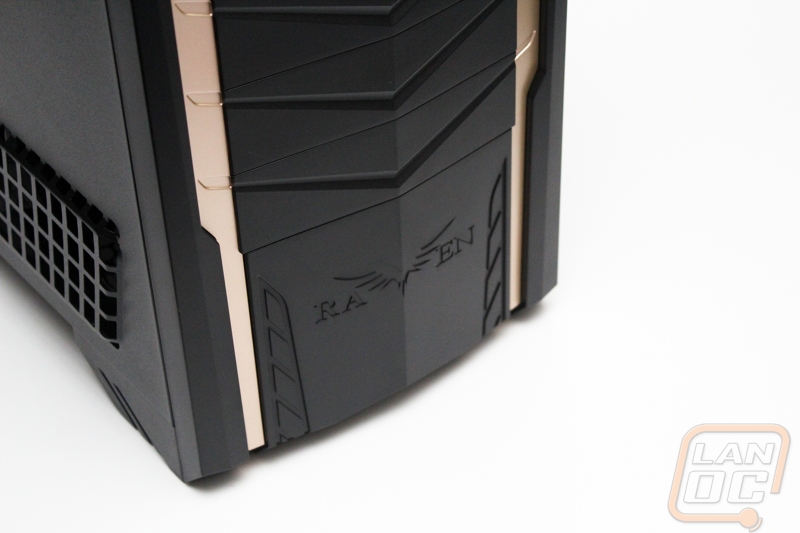 A corner piece melds the front to the top, equipped with the power and reset buttons as well as an activity LED, again in the wide ‘V’ form. Two USB 3.0 ports accompanied by line in/out are hidden under a small access door that borders the remaining, removable top piece of the RV03. If this is your first experience with Silverstone, you’ll likely be surprised at what is underneath: what is traditionally the rear of the case. You’ll find the typical players here, including an exhaust fan, grommets, motherboard I/O cutout, PCI slots, fan control switch, and thumbscrew access for side panels. Fear not: this removable piece can be put back into place once everything is hooked up, which adds a nice touch to the appearance of the case even when in use. The only concern I have is if you use adapters, such as DVI to VGA, the combination height may be too much. 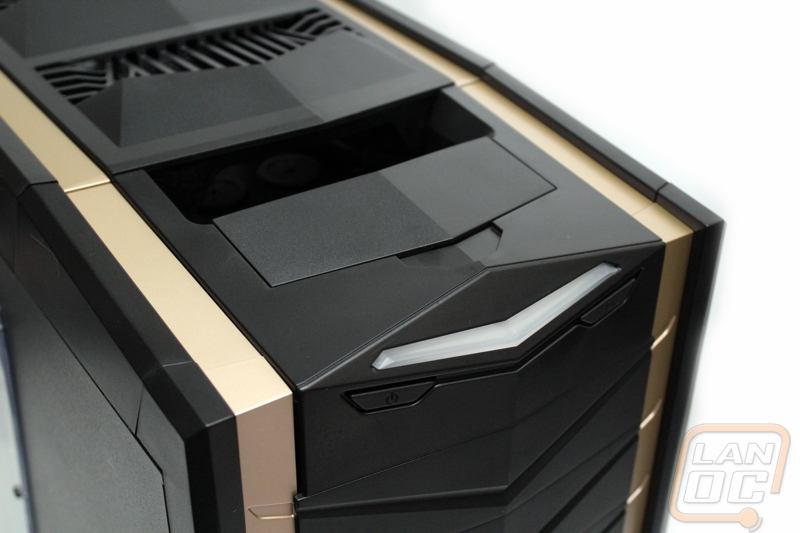 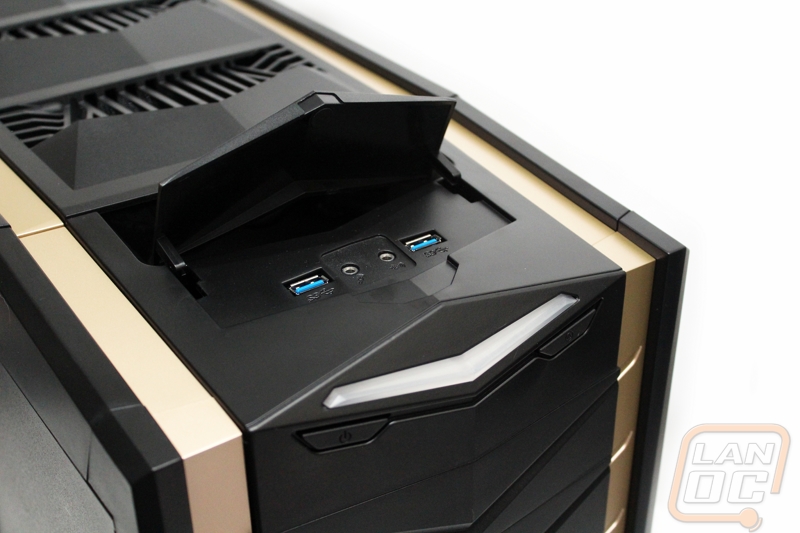 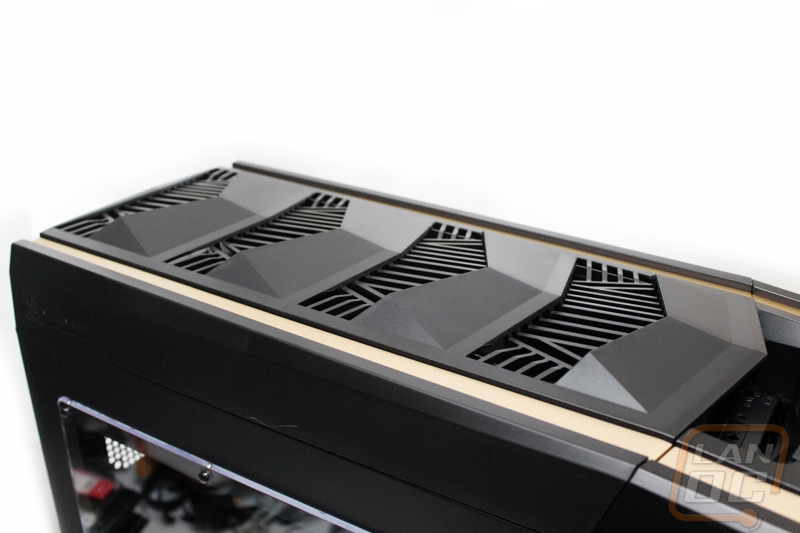 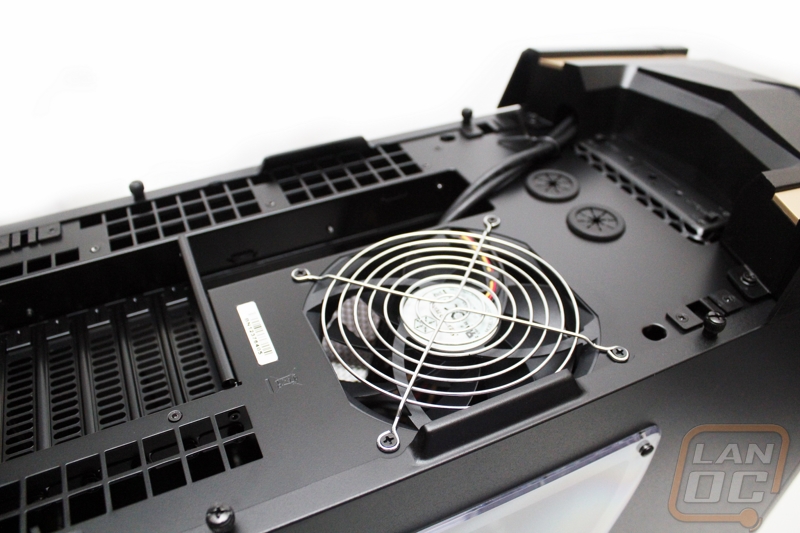 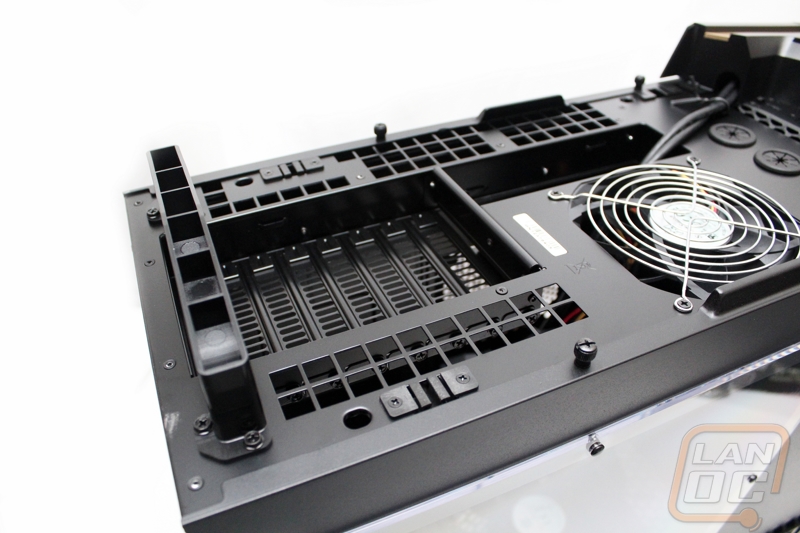 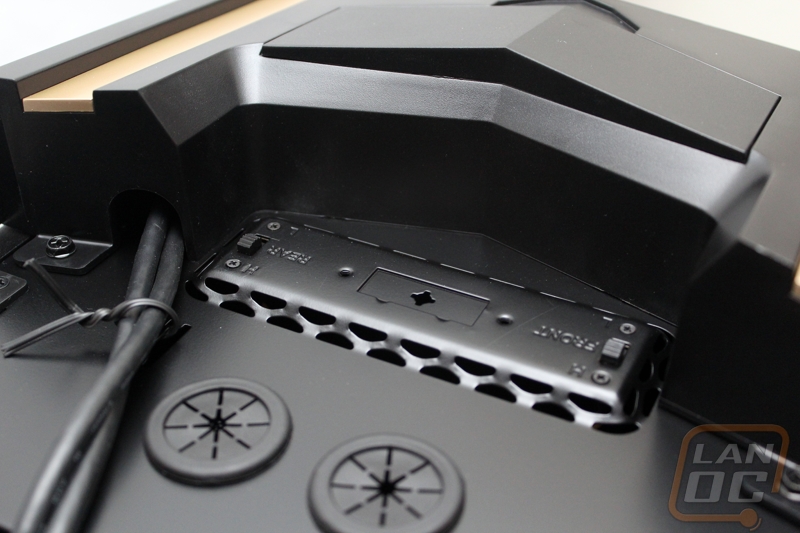 This means the the rear of the Raven 03 isn’t going to have a lot going on. In fact, it’s straight flash save a small air vent and 120mm fan slot. The rear side panel is very much the same way, with another fan slot available behind the CPU area of the motherboard. 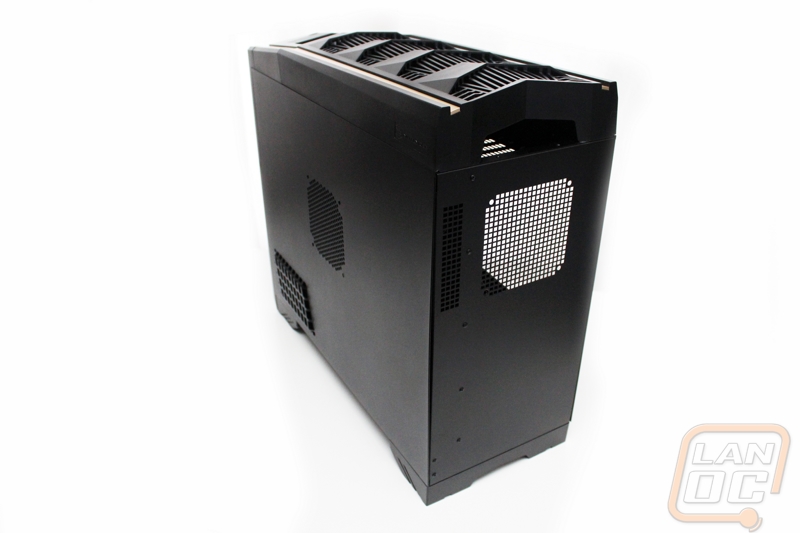 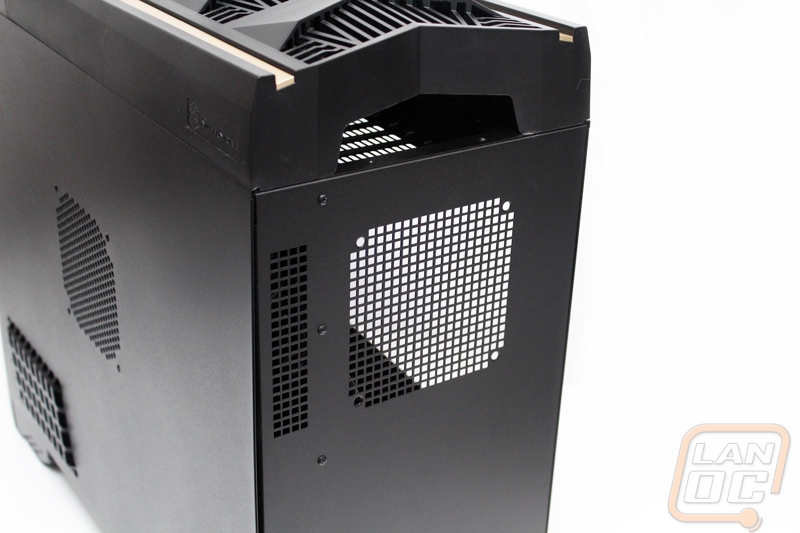 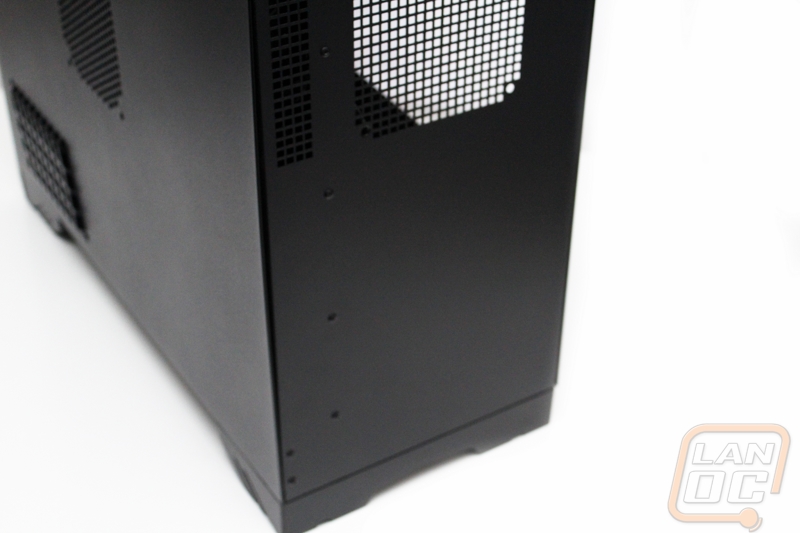 The main side panel is available with or without a window, our sample came equipped with. It’s positioned very well, hiding much of the cable management and fans, as you will find during the interior discussion. There is an odd looking vent possitioned on the area where the power supply is mounted. The reason it looks a little out of place is the type of vents they cut out, they don’t match any other area on the case but they should leave lots of room for air flow.The right side panel is much like the left but without the window. In place there is a fan mount directly behind the CPU. 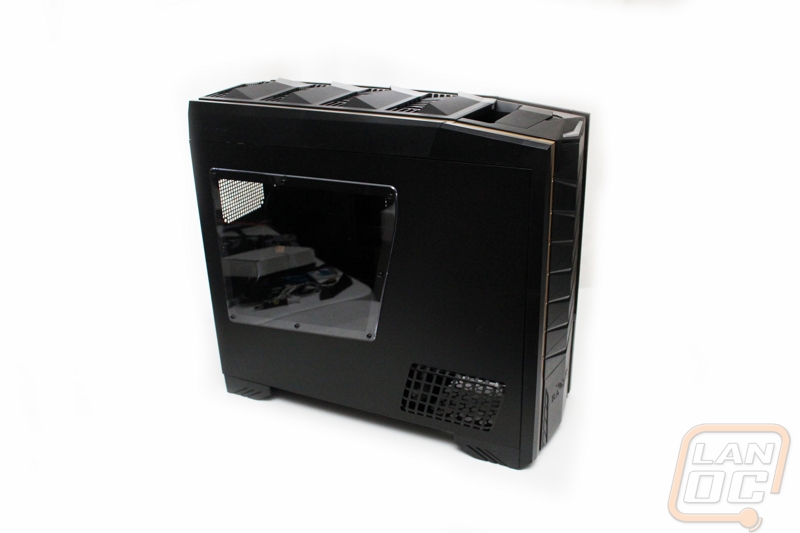 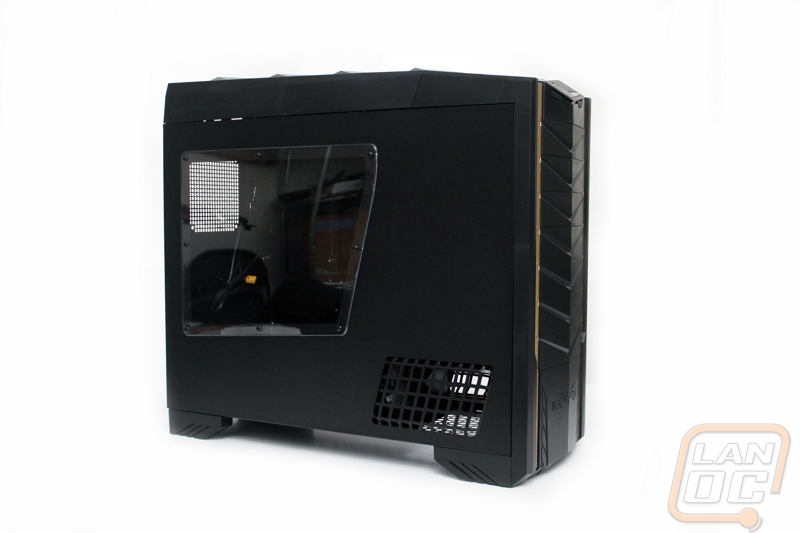 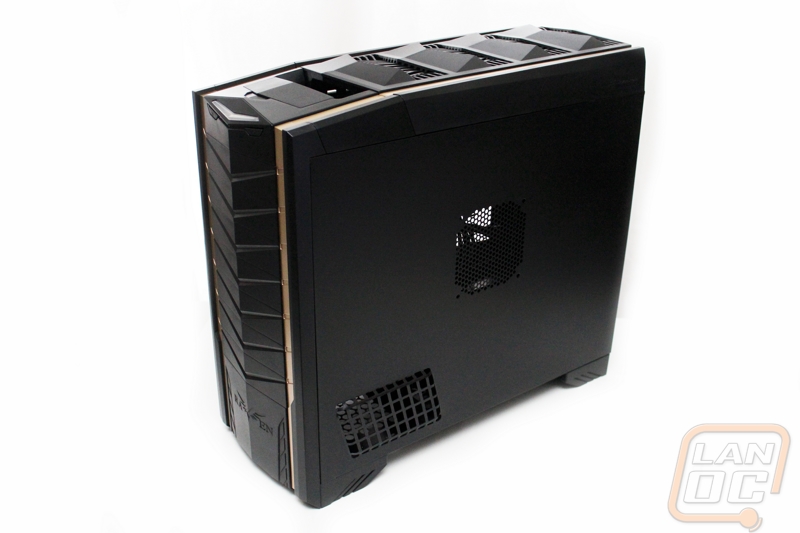 Finally, the bottom of the Raven is coated with removable filters, since again during the internal portion you will learn how the RV03 depends on bottom intake for airflow. Instead of a snap-and-pray design, Silverstone has equipped their filters with magnets. The magnets should do the job as long as you aren’t moving the case around to much, but if you pick it up and take it to a lan you might have to be careful not to drop them. 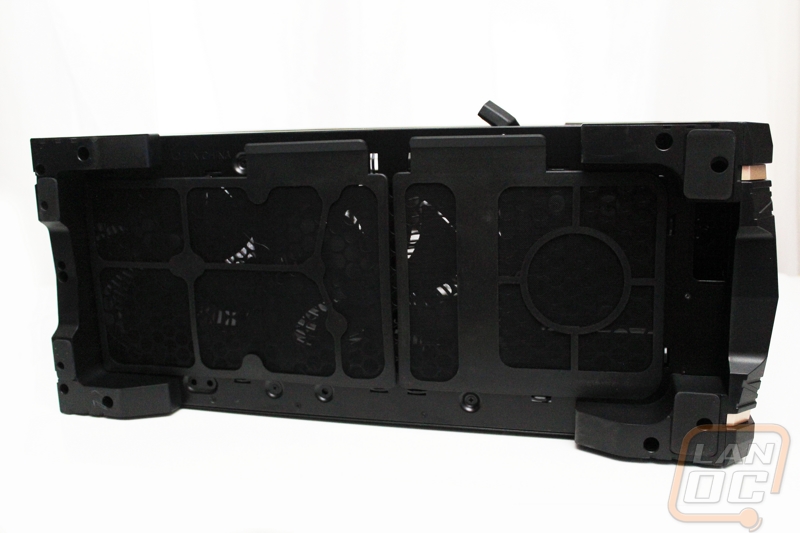 We have 1164 guests and one member online