Interior
The interior is finished with the same metallic grey coating as the exterior. Situated around the motherboard are a handful of grommets for cable routing, since much of the wire management will take place behind the motherboard tray. This space is a little less than one and a half inches thick, with the ability to mount either a 120mm or 140mm, albeit thin, case fan behind the CPU cut out. The cables will return to the main compartment of the chassis through the grommets, three vertical along the right side of the motherboard tray and one vertical just in front of the power supply bay. There is also another rectangular cut out in front of hard drive bay for additional routing, and one in the corner by the rear exhaust. 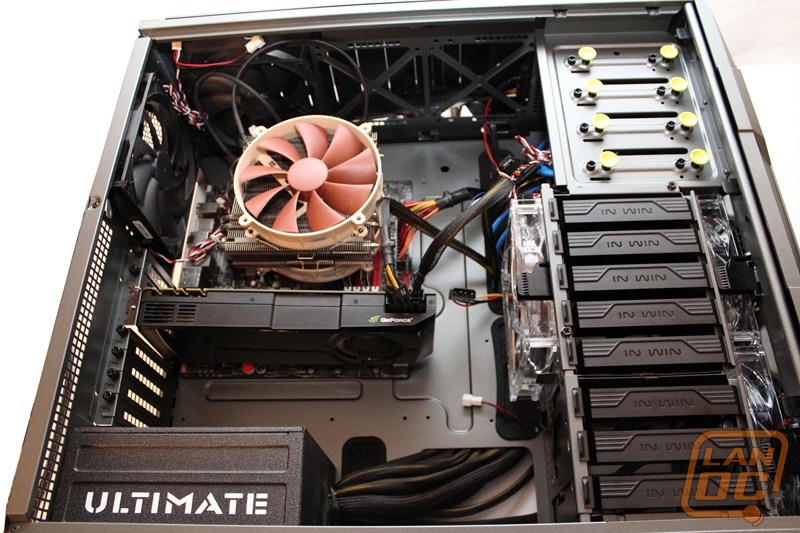 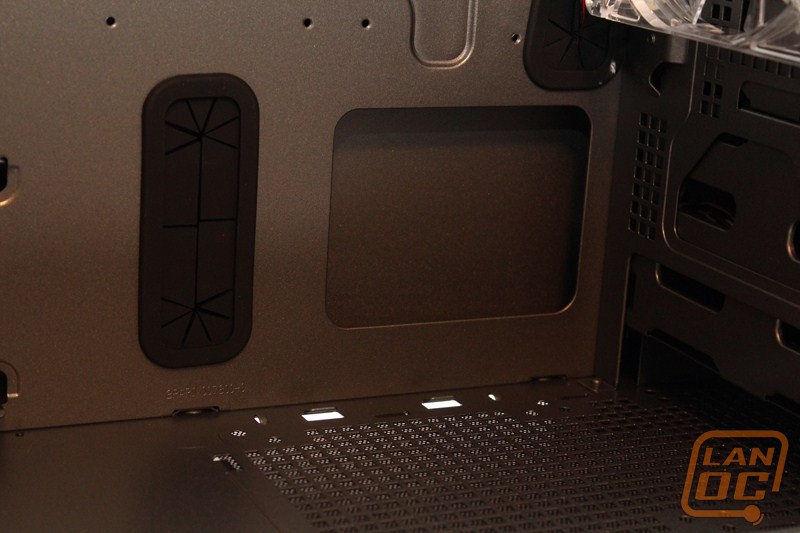 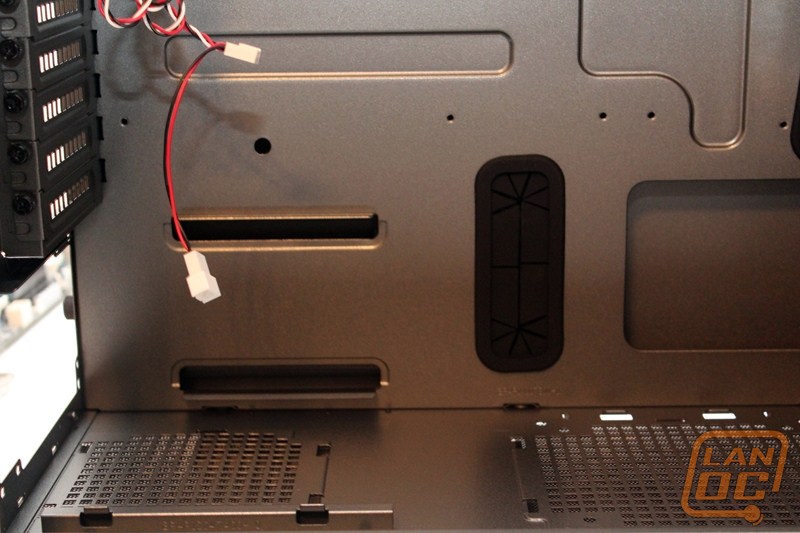 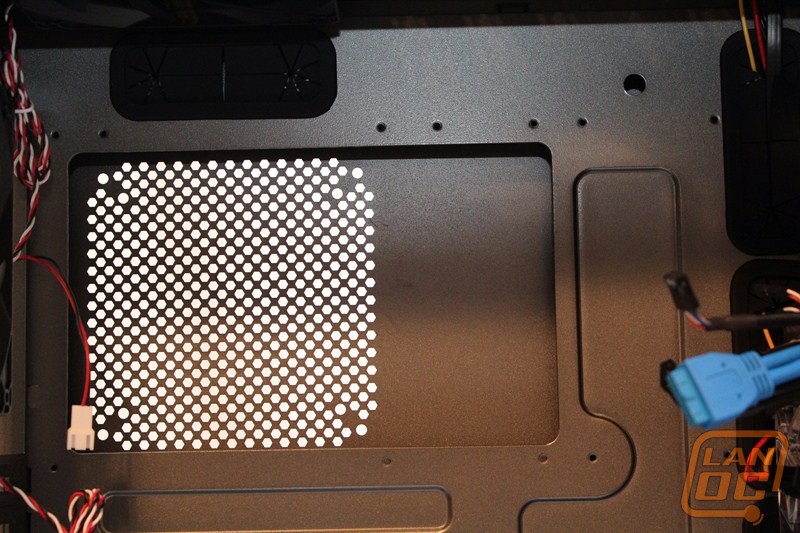 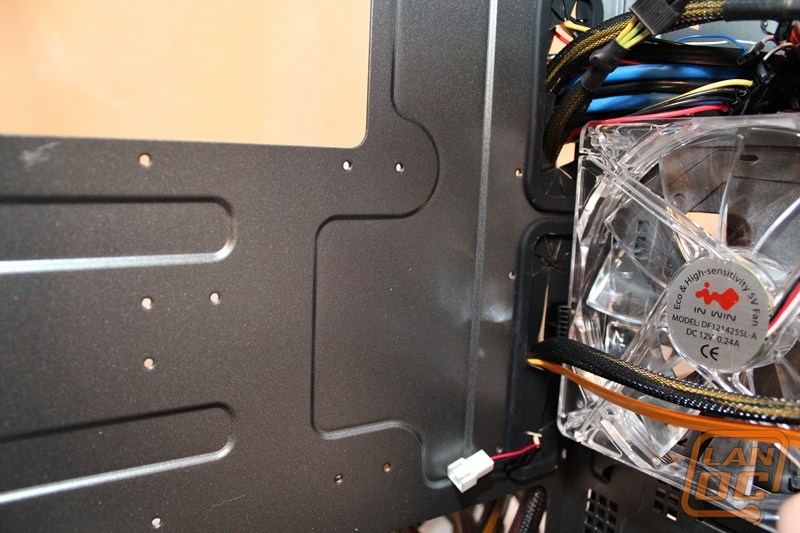 In-Win has included tool-less installation for both the external and internal drive bays, and also for the fans in those areas. The first example you’ll see is a 120mm fan mounted on the inner side of the top hard drive bay, and it’s the best one to see how it works. Two clips hold the frame in place, and in this case there are two metal guides for the top and bottom of the fan to rest as well. The front in-take fans operate on this system as well, eliminating the need to mount with screws. It’s an obvious benefit, reducing the work to equip fans substantially, but it does a few draw backs. You’ll want to make sure the clips are mounted correctly, or you run the risk of it loosing pressure and falling. If the clips are used correctly there doesn’t seem to be much threat of this happening after running the case through several scenarios, but when we received our product sample it this fan was loose. Also, because of this tool-less system the bottom hard drive bay must be removed to access the front in-take fans. In other cases, you could remove the front bezel and unscrew the fans from the outside, and often could jimmy them out without doing so. Because In-Win opted for thumb screws here, it’s really not a big deal. 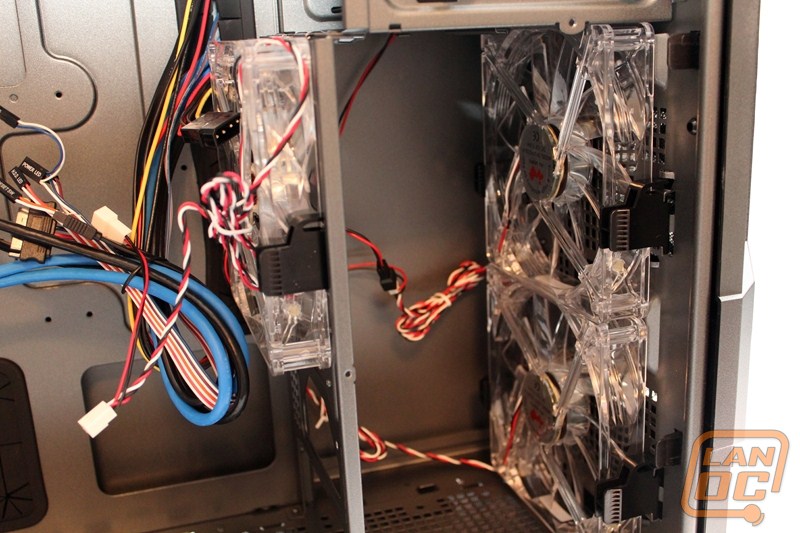 Obviously then the bottom bay is removable; the top bay is as well. You can remove these to provide a little extra room for things such as radiators as needed. The drivers are equipped using slide-rail trays that use pressure and pins in the mounting area of the drive to keep it in place. The securing arm of the tray acts like a door, releasing the entire mechanism or locking it in place. The bottom cage provides three bays, while the top provides five. 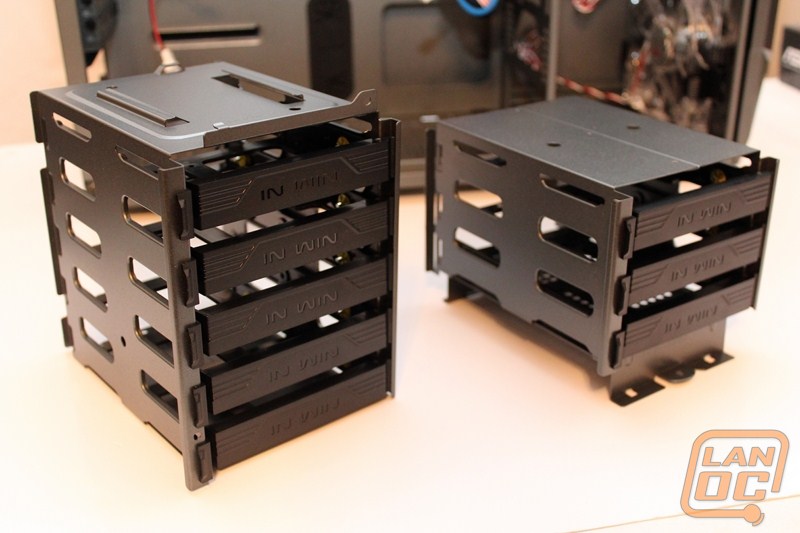 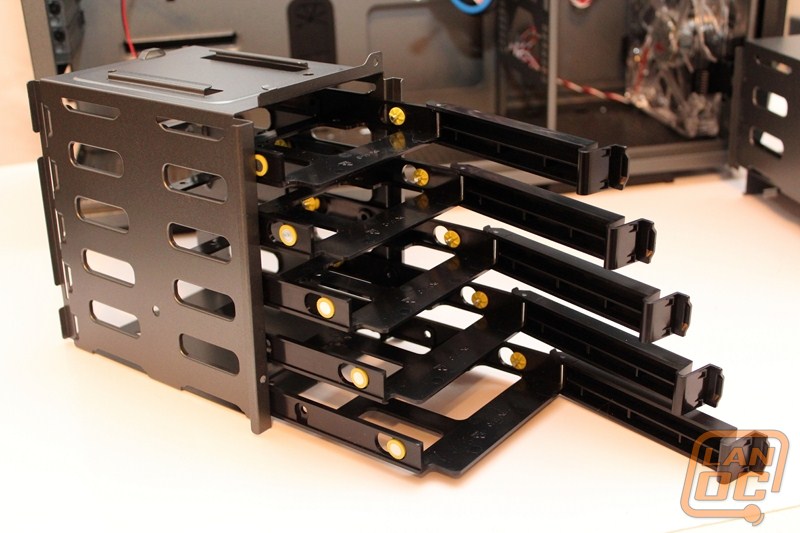 Above the hard drive cage is the external drives’, supporting three 5.25” devices with a tool-less mounting system. In-Win is known, at least to me, for their lime green color that the GR one has escaped up to this point. The push-pin design features the trademark hue, but don’t worry if you’re not a fan; the windowed side panel hides all the cages from view. 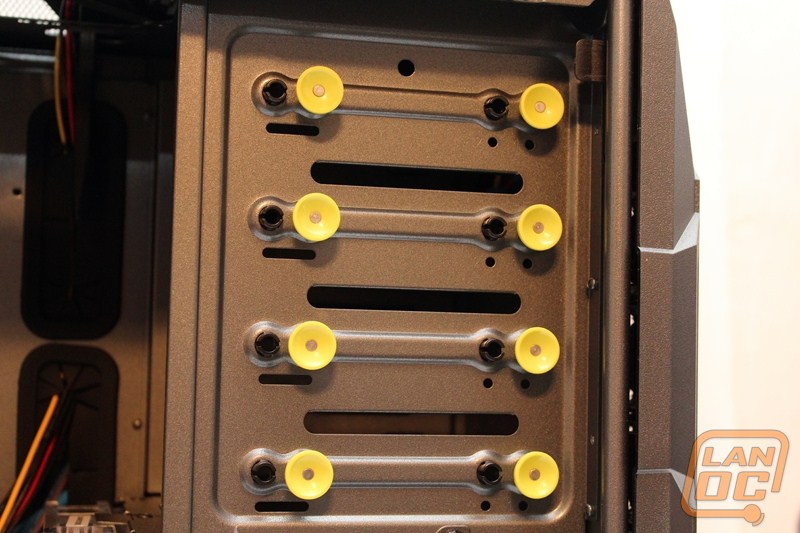 The top and rear fans are still equipped using the traditional screw method, one on each included from In-Win. Looking at the shape of the case, particularly the top on the outside, the incline is noticeable, a feature that seems to be more facial then functional. It does translate in a neat way inside, with a rafter-like design creating the frame to mount up to three fans, with space above that will at the least help with airflow, and has some great potential for some unique modification. 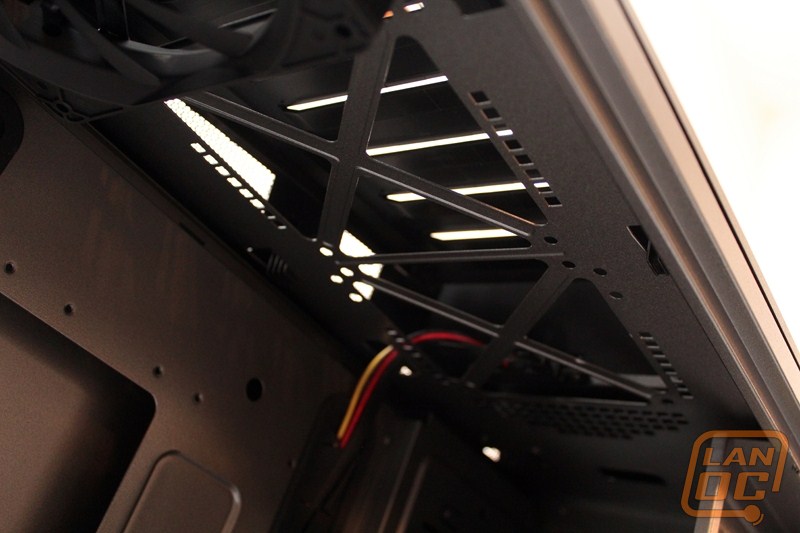 We have 1565 guests and one member online