Installing our very long 1100 Watt power supply into the Scout 2 went without any hiccups. As you can see, even with the added length of the PSU the main grommeted access hole on the bottom of the case still allows room for us to run our mess of cables into it. 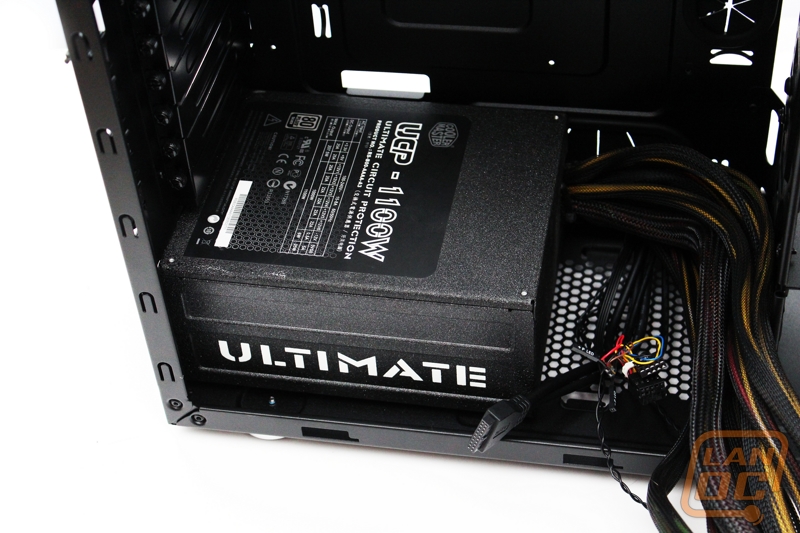 The Noctua NH-C14 we used for testing is a large heatsink in every direction making it a great pick for making sure we won’t have clearance issues with the Scout 2. As you can see we had no issues around the heatsink when it is installed, still leaving room for the top optional fans even. Of course if you are looking to go with a large heatsink there are still going to be a few clearance issues with the largest of the heatsinks. To give you an idea in Cooler Master terms. You will be able to fit their Hyper 212 Evo but their larger heatsinks like the TPC 812 and V6 GT won’t fit because they come in at 163mm (TPC) and 165mm (V6 GT) with the Scout 2 only having 162mm’s of clearance. 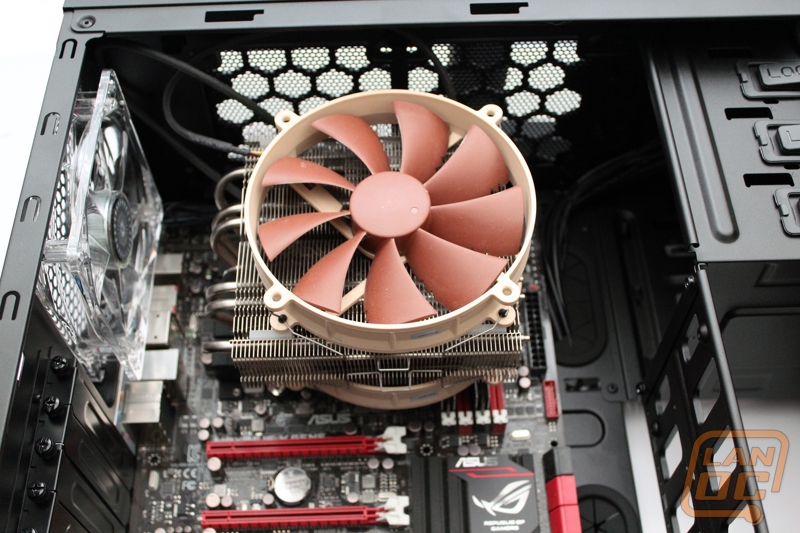 Installing our hard drive in the Scout 2 couldn’t have been simpler. The hard drive sliders simple pop into the mounting points on the side of the hard drive and then the drive slides into place with a firm snap when it locks in place. 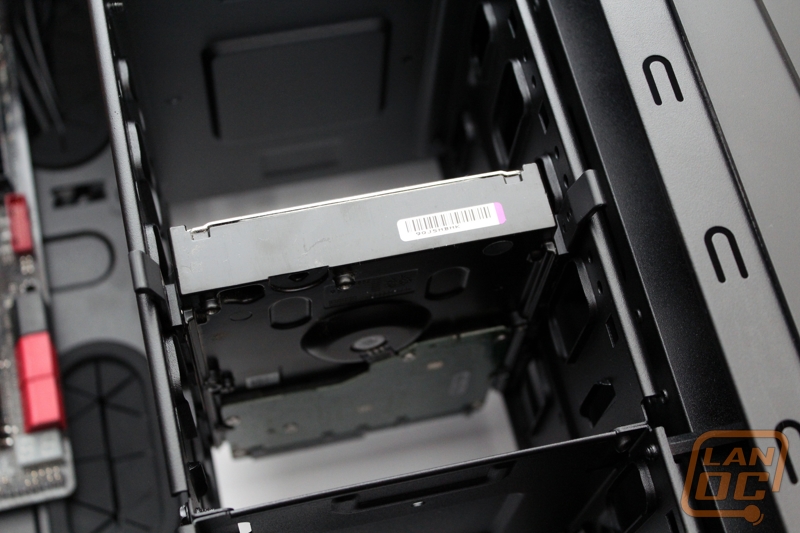 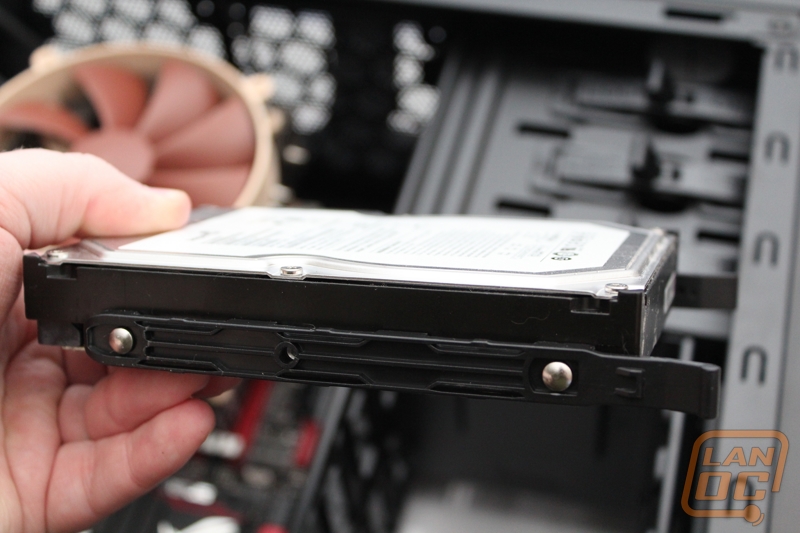 I spoke about it in our last section, but here is the clearance we had with our GTX 580 inside of the Scout 2. 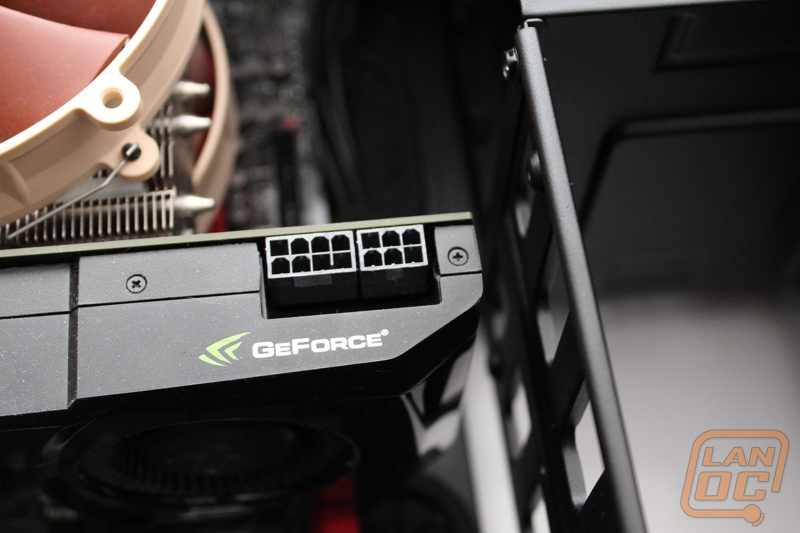 Oddly enough after getting everything installed, there really isn’t a large difference performance wise between the newly designed Scout 2 and the original. With the Scout 2’s one 120mm fan pushing air out we saw cooling performance lower than with the original cases three included fans. Its weird that Cooler Master would drop the number of fans like this. Although the single fan was enough to cool our test rig, it didn’t show performance like you would expect for a gaming focused case.

Where there is a difference in performance is the additional locations where you can now install fans. With the new locations you now have a perfect location to be able to mount the 240mm H100 up top for example.  Because of only having a single fan, the Scout 2’s noise performance was considerably lower this time around. Adding extra fans for better cooling will put the noise back up to the expected level though.

Beyond the noise and cooling performance, the Scout 2 has the ability to be carried around when needed because of its built in handle up top. This to me was the original Scouts biggest selling point. Cooler Master kept this great feature and improved on it with a rubber grip on the handle. This made picking our rig up inside the Scout 2 easy, when paired up with something like the Dragon Bag that we previously took a look at, it makes for a perfect combination for getting your whole rig into and out of a LAN in one trip.

Twodavez replied the topic: #28104 25 Sep 2012 16:13
I love the original and if i feel the itch to upgrade in the future, this looks like a really good option for me. the HANDLE is amazing allowing me to carry my entire PC in one trip to and from LAN parties! Plus the case is small and compact and since they moved the two window fans to the bottom of the sid panel, you'll be able to use them both. Currently they are in a vertical line causing the top slot to be in direct competition for space with any standard video card.
Good review! Hope i win one at the next LAN :-P
Read More...

We have 818 guests and one member online