Turning on the power, the blue glow that emanated from the bottom of the front was pretty darn cool. The claw theme at first seemed a bit gimmicky was well tied together with the all blue interior. It really made me wish for a full window and some internal lighting, but that might be just me. All in all the case grew on me the more I worked with it. There was the frustration with the standoffs, which I believe some work could be done in that area, but other than that I didn’t run into any issues with the case. 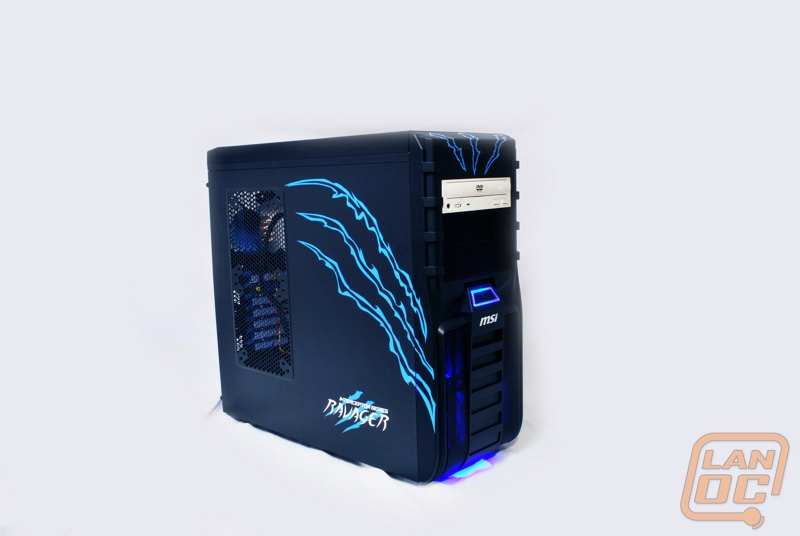 There is a discount on Newegg at the moment bringing this case to less than $100 USD. On top of the discount there is a $25 gift card bringing this case down to around $75 USD (as well as another $10 off code). At that price point it brings the case down closer to the budget range and a very attractive price for the quality and styling. It is also important to note MSI includes a three year warranty similar to their Military Class products. MSI put together something unique with the Ravager, its blue styling stands out from everything else on the market while giving you everything you would expect from a case at this price point. Rolling all of that together this this is a good buy, a great deal considering the newegg deals. 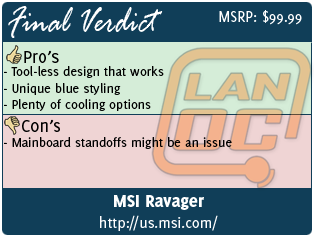 We have 946 guests and one member online