The accessories pack is of course the first place to look. MSI has included instruction for us, cable ties, the usual baggy of hardware, and a MSI dog tag. Popping the side of the case off your first thought will be – wow… that’s blue. The blue styling of the outside is carried into the case. It really kind of grows on you – it’s different. We can see the large opening for the CPU cooler backplate, the various cables, and our drive bays. We see the tool-less drive bays: Three 5.25” bays and six 3.5” bays. Note these trays will also support 2.5” drives. 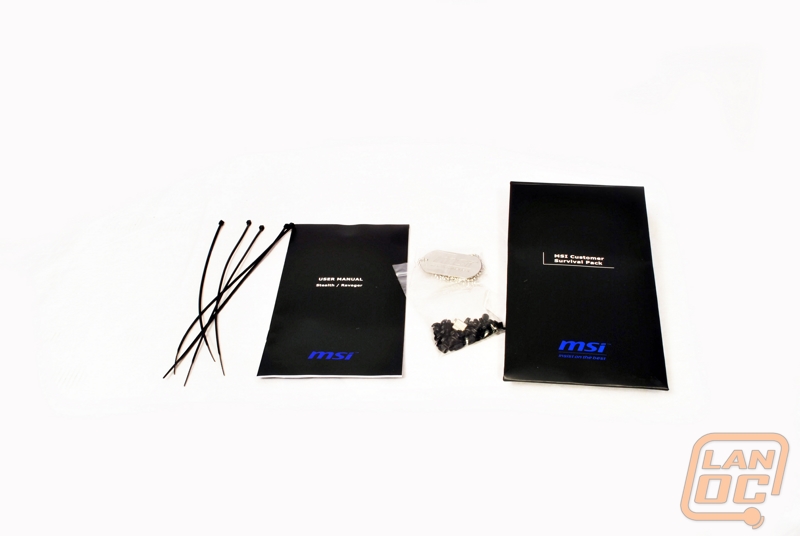 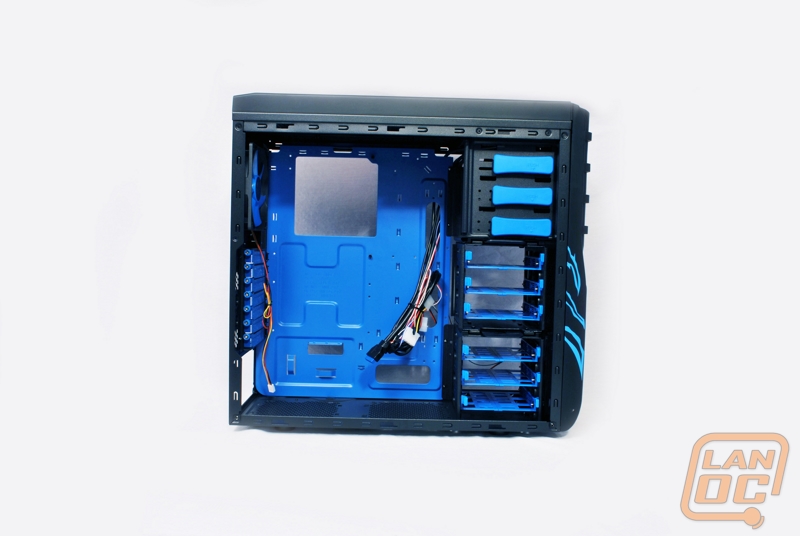 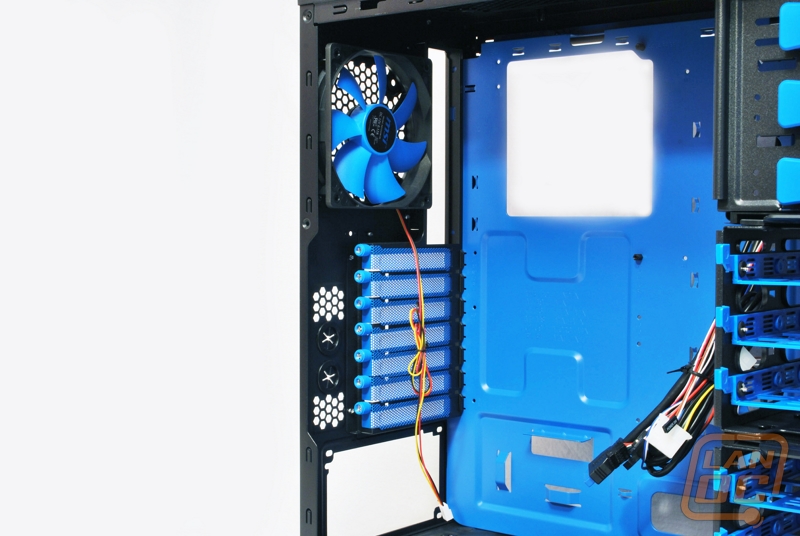 Taking a close look at the expansion slots, we see that they use thumbscrews here. In fact the only area I see that isn’t designed to be tool-less is the mainboard tray itself which uses the traditional standoffs. The drive trays are simple in form and function and point towards the back of the case. I prefer this orientation as in a mid-tower ATX case it gives more room around the mainboard and allows you to stash the cables behind the tray. 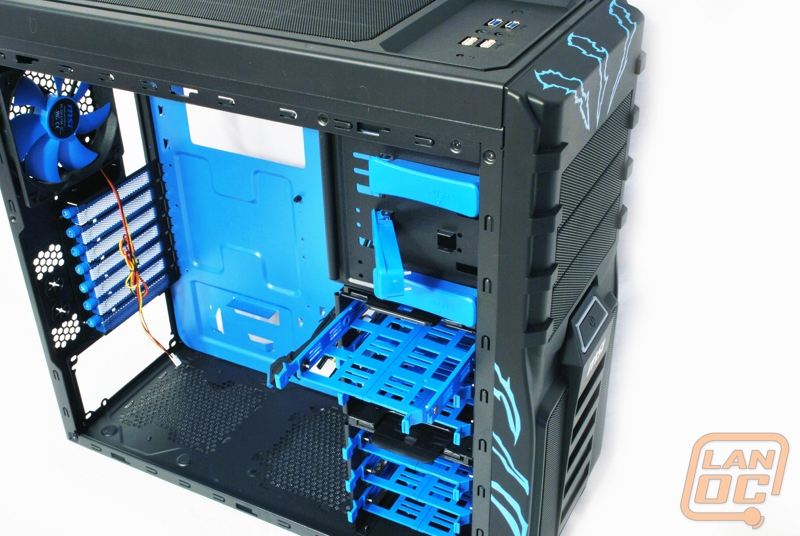 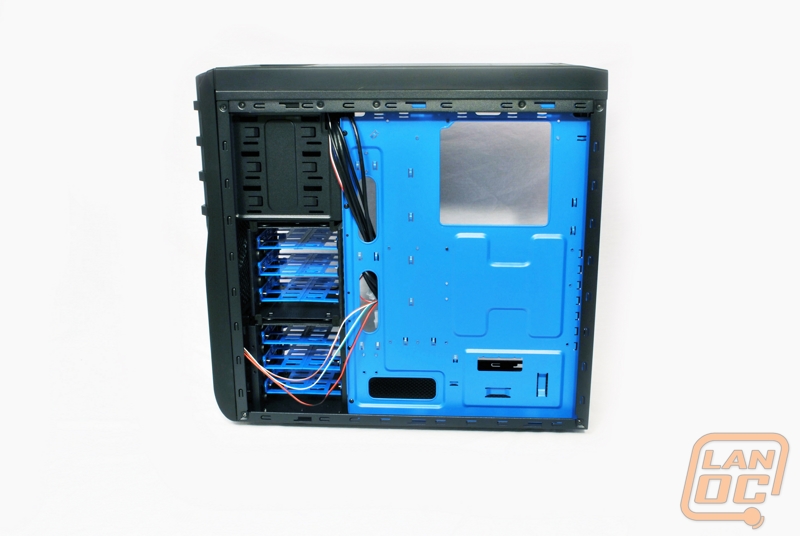 With the tool-less design throughout, let’s try adding some hardware to the case and see how it goes.