Exterior
The external design of the DarkForce is really quite simple, flush and smooth. It’s different from what we see with from a lot of towers targeted towards gamers, with ridges and accents that stick out from the base surface. Aside from the feet and a slight cliff on the rear of the case, it’s a straight elliptical design. The front bezel is completely flat on the top half, occupied with four mesh extension bay placeholders. That mesh continues to the lower half, but recedes a bit between a number of solid plastic rows. Even so the majority of the piece is mesh, which is ideal for airflow. 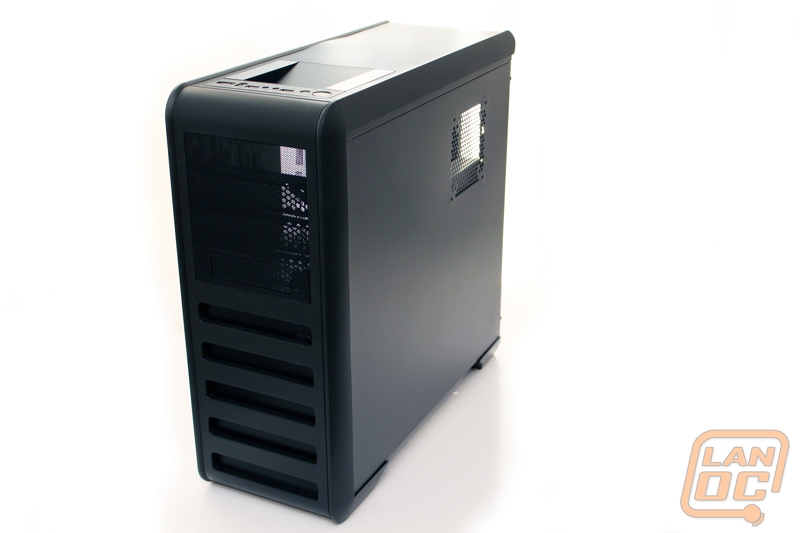 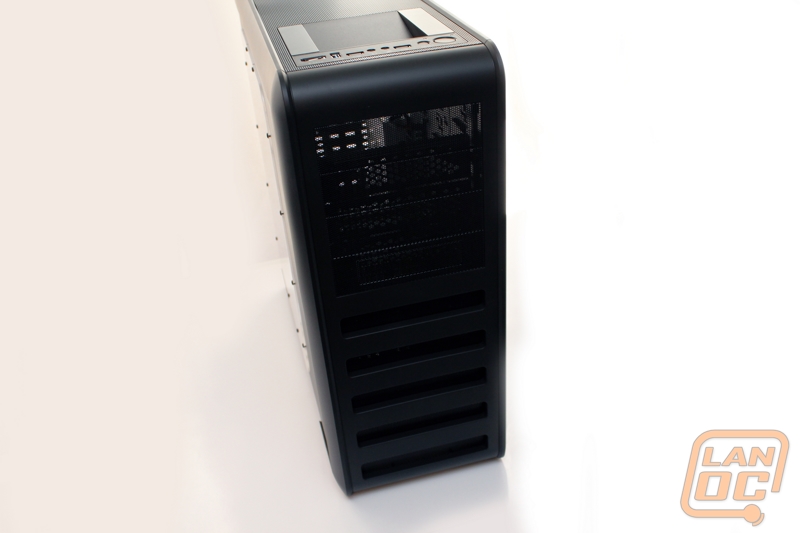 Removing the front panel, pulling from between the two front feet, expose the temporary expansion bay covers, grilled for airflow. Also revealed now are two 120m fan spots, one pre-installed behind a hex-like design. On the front piece, you can see that the mesh placeholders have a patch of foam behind to help stop intruding dust. 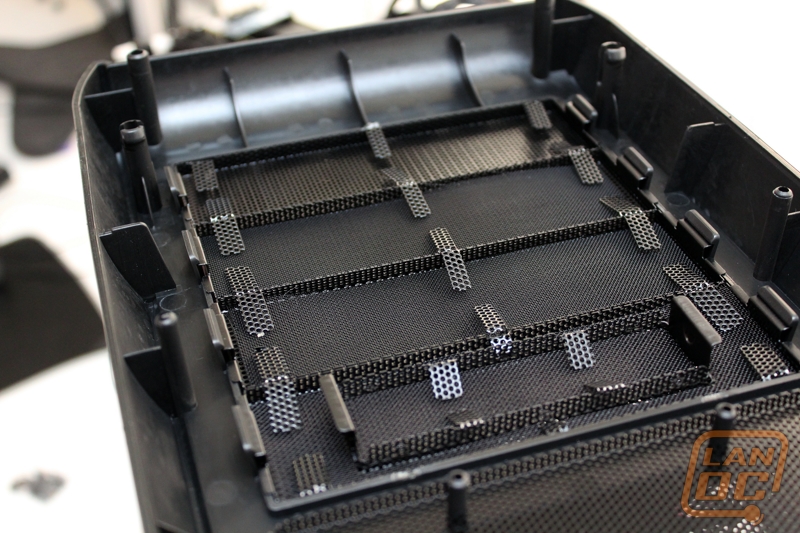 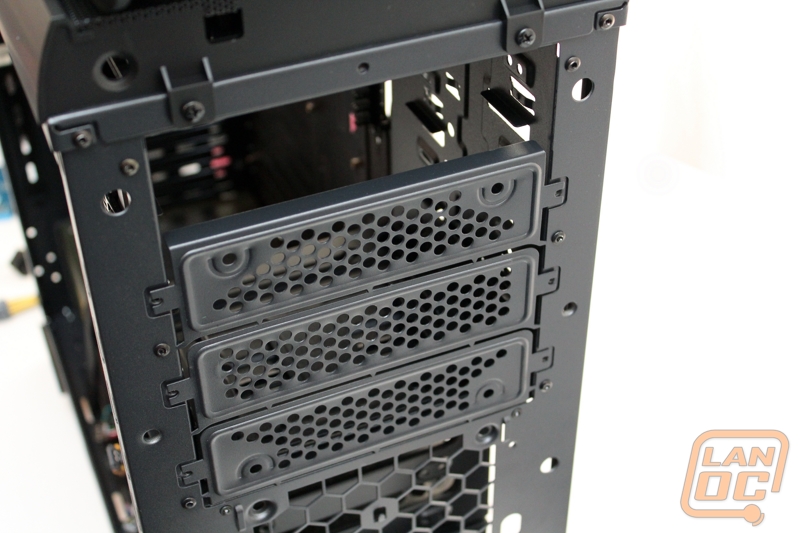 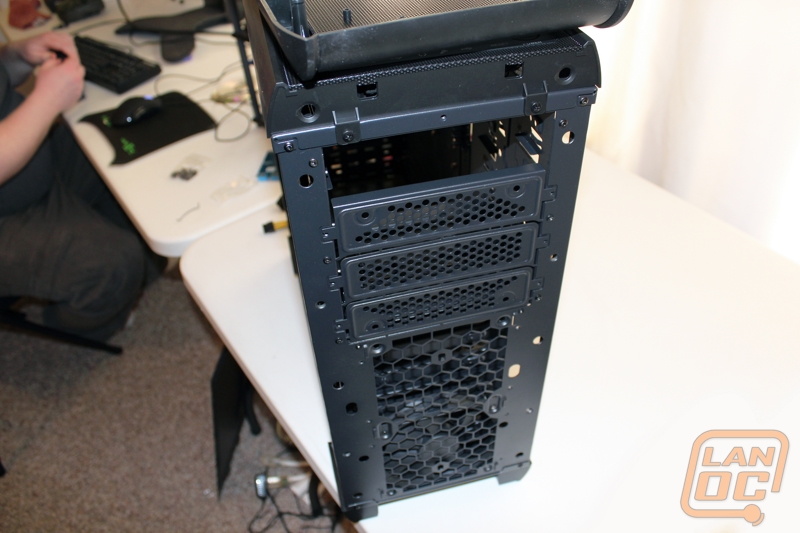 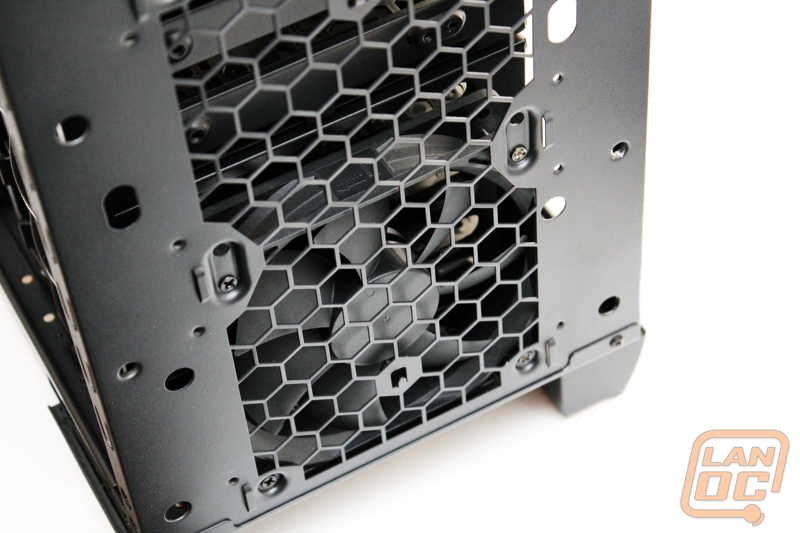 Continuing towards the back, the front I/O panel is connected in a solid piece to a SATA hot-swap dock and consists of the usual suspects along with an eSATA port and USB 3.0 port. The remainder of the top piece is a mesh covering with hexagonal ‘hive’ shapes underneath, again favoring the air cool solution. The top extends over the back of the tower about an inch or so, providing a ‘roof’ that is handy for carrying the unit. 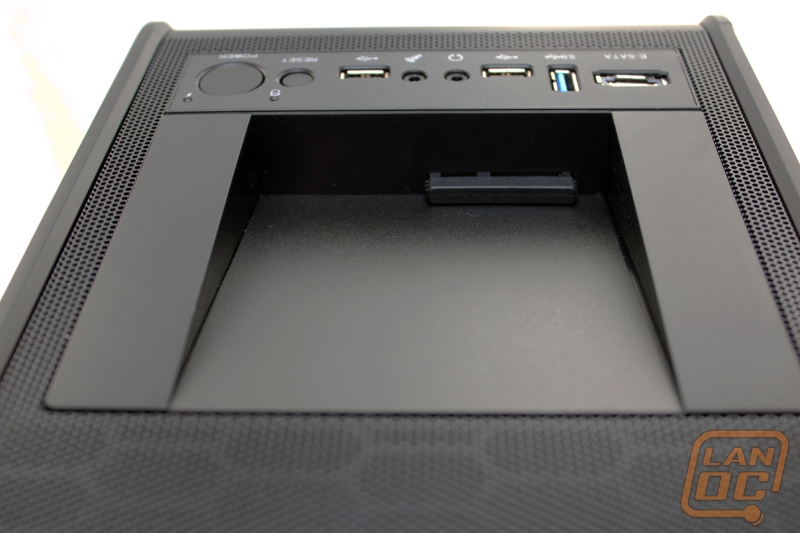 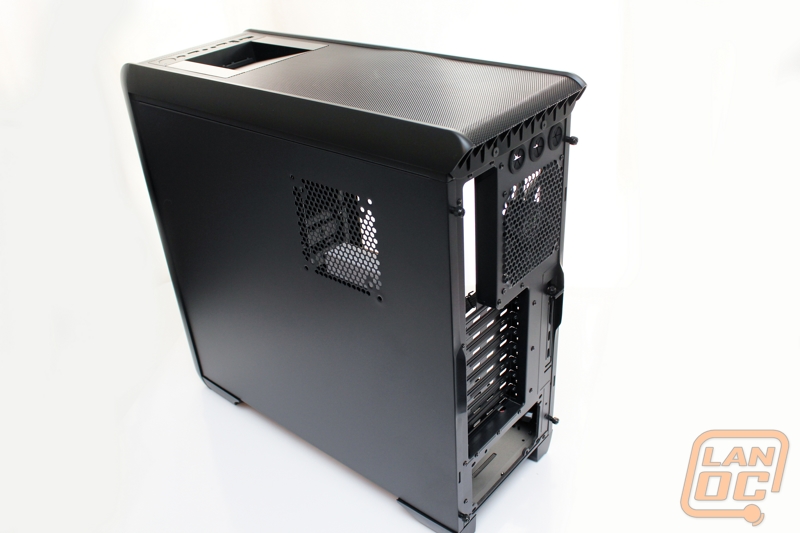 The board I/O cutout and PCI slots are recessed from the rear exhaust and water cooling grommets on the back. An additional expansion slot is situated near the side panel directly underneath the exhaust fan, and can be used for PCI-shaped devices that don’ require board installation, such as eSATA expansions or cold cathode switches. The power supply cutout finishes the rear of the case. 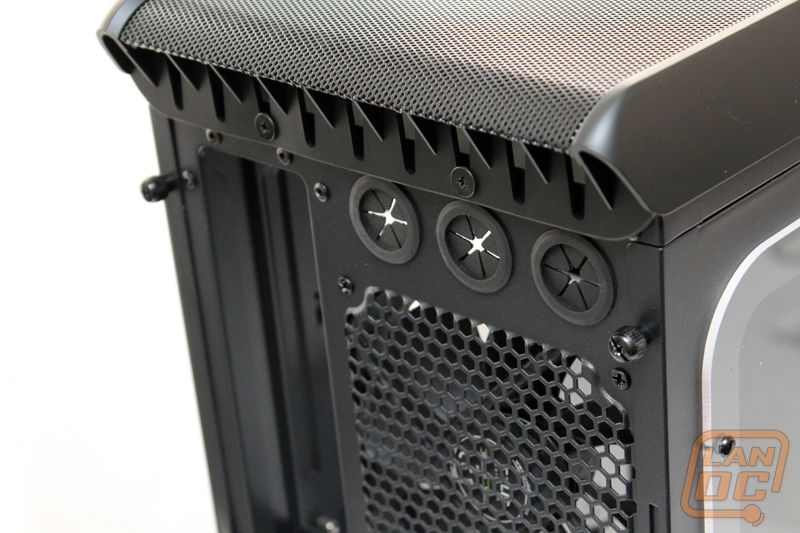 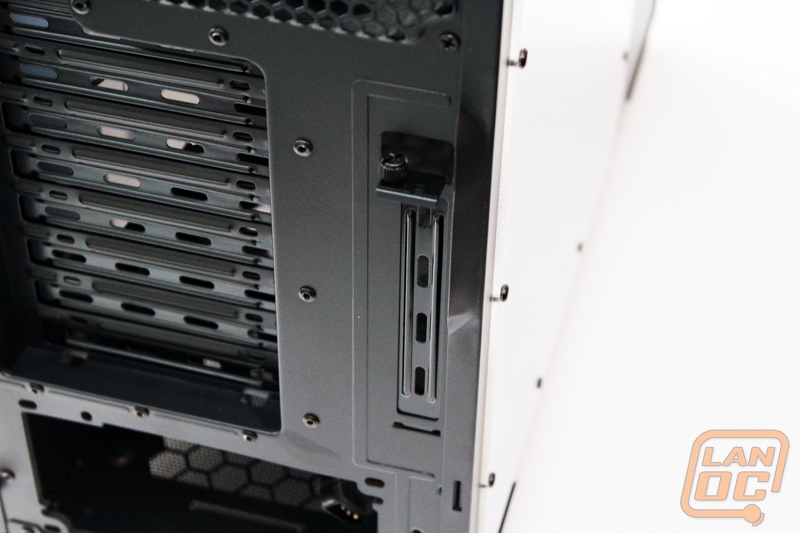 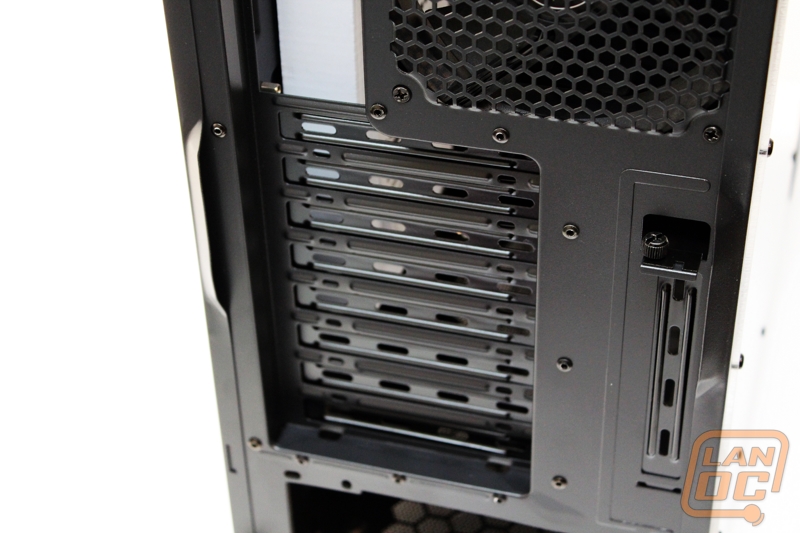 The main side panel, as you’ve probably gathered, is occupied mostly by an acrylic window. It inhabits about two thirds of the panel, and ends just before the hard drive and expansion bays begin. The opposing side panel usually doesn’t have much to talk about, but Gelid has included a fan grill situated just behind the CPU cutout on the motherboard tray for more breathing. Though you could technically mount a fan here, it would have to be very slim. 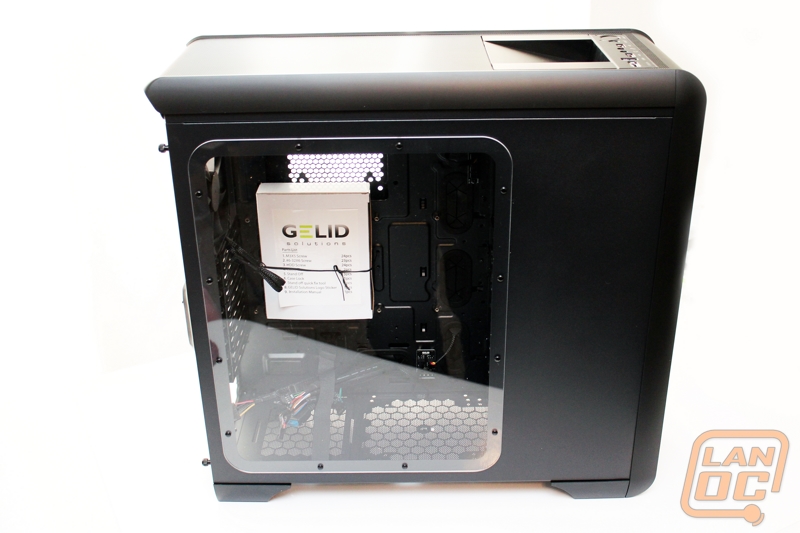 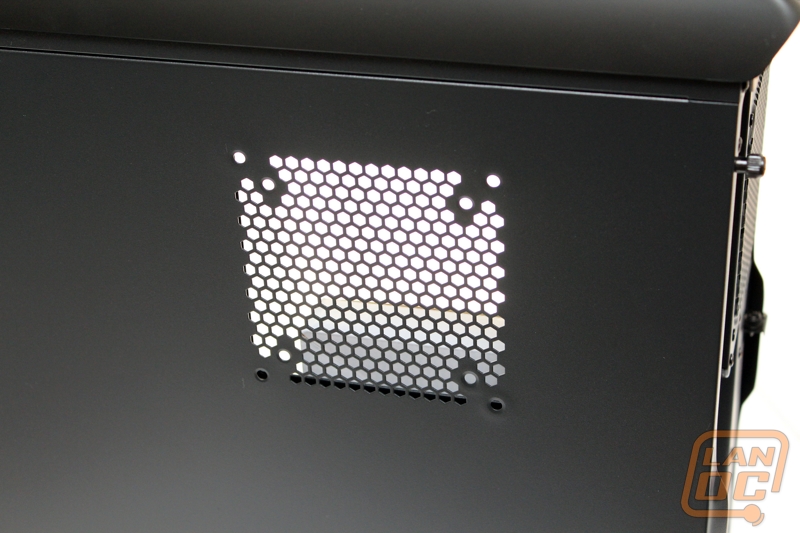 The underside of the beast, not surprisingly, is also mesh with hexagon pattern; of course the feet elevate the chassis to allow airflow from underneath. 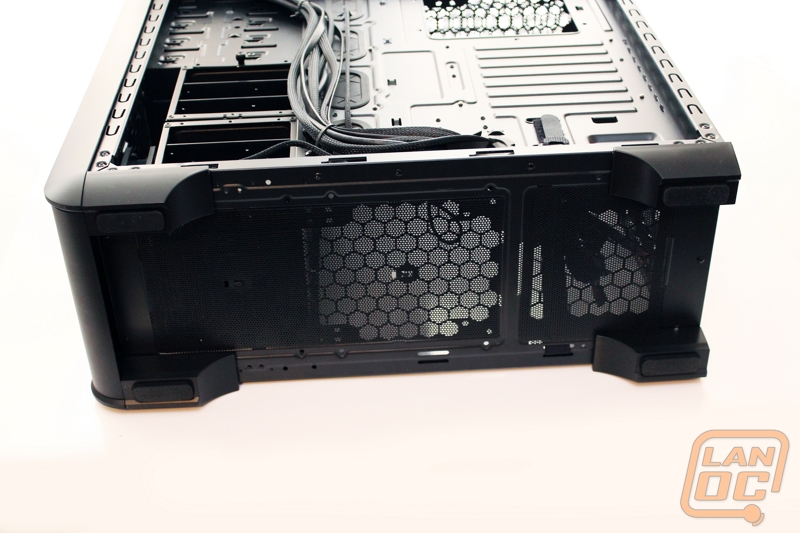 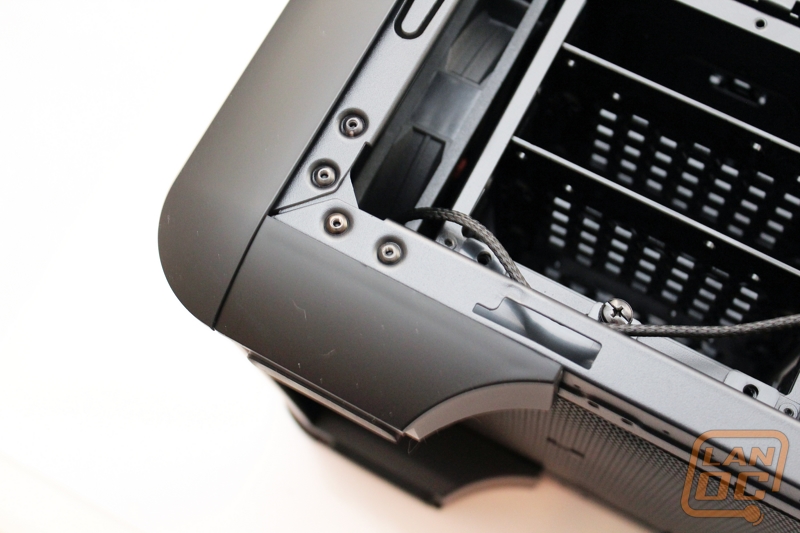 We have 1210 guests and one member online