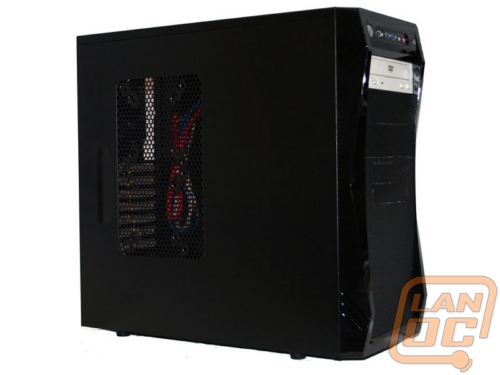 Changing standards and new technologies have made it some what hard to find a budget priced case that has all of the features that you want in a case. For some, cooling is an issue, or you have to sacrifice advanced features like USB 3.0. It's a challenge for the manufacturer, too, to get all the features that today's budget builders want in, and keep the price low. Today's case, aptly named Challenger, is from Rosewill. Let's take a look at the specs and see if this one has everything we'd want in a case. 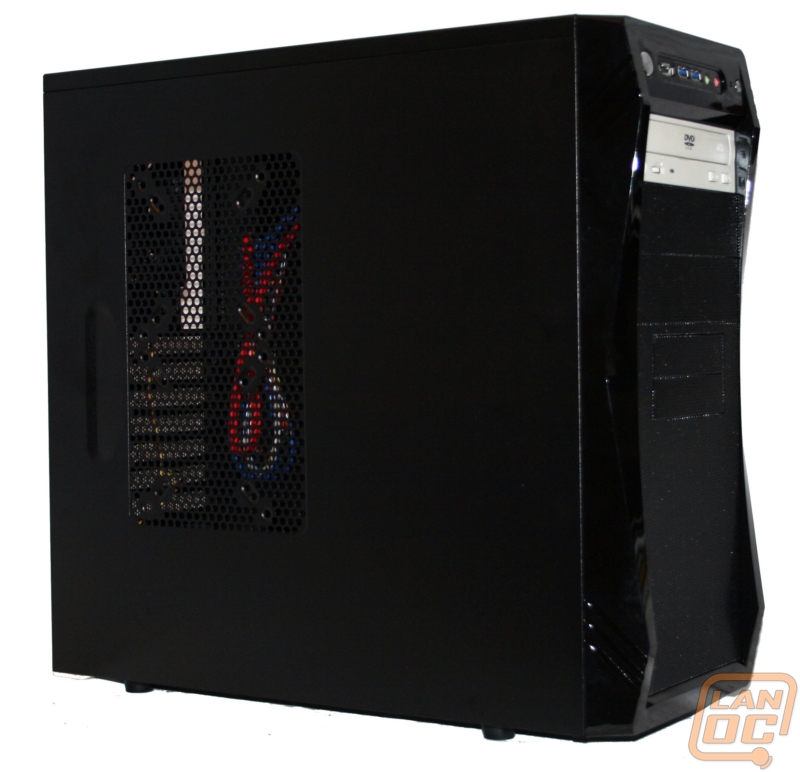 Standard plain brown cardboard box without even the basic line drawings of the case on the side. All you get on the box is the name of the case. That's it. Inside, the case is wrapped in the standard plastic to protect it's surface and the standard Styrofoam endcaps for shipping protection. The Challenger's glossy front bezel is also covered with a clingy plastic to help it keep it's sheen until it's final owner opens it up. 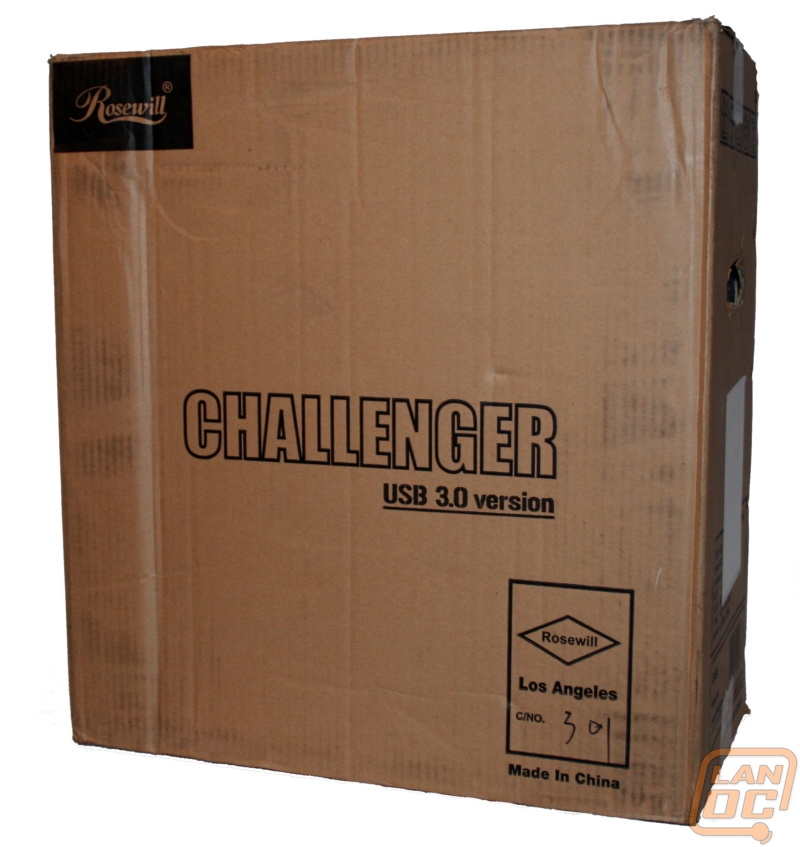 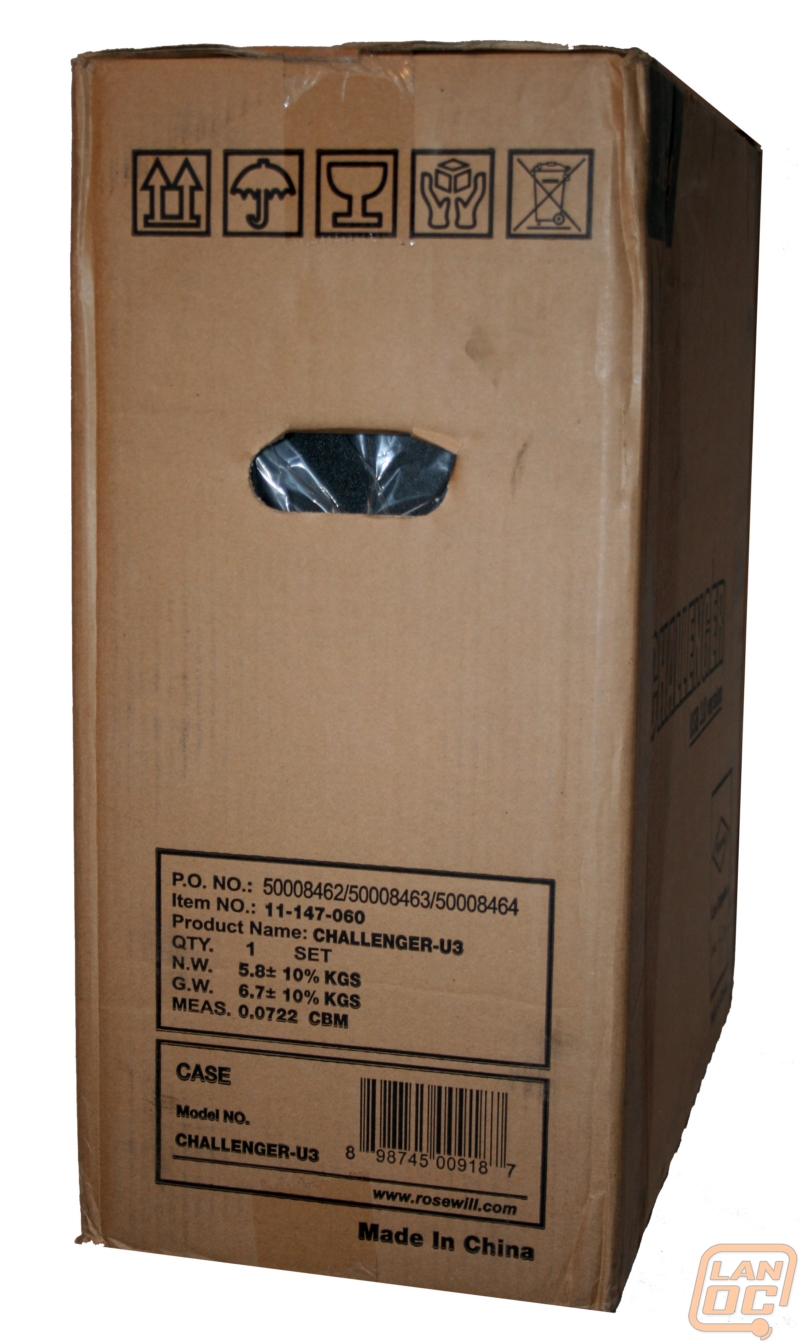 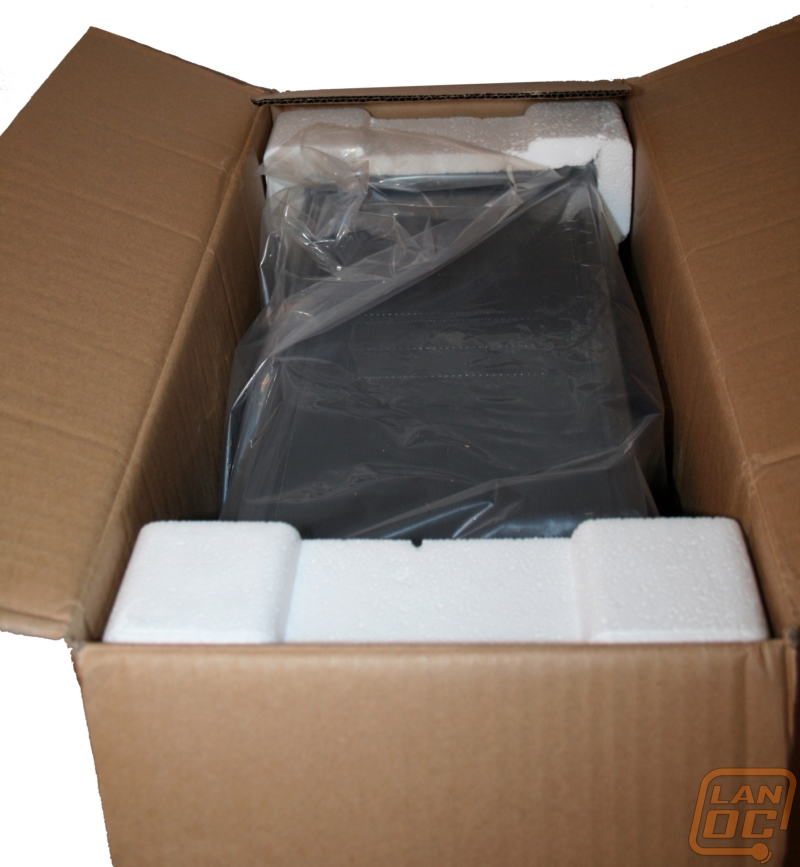 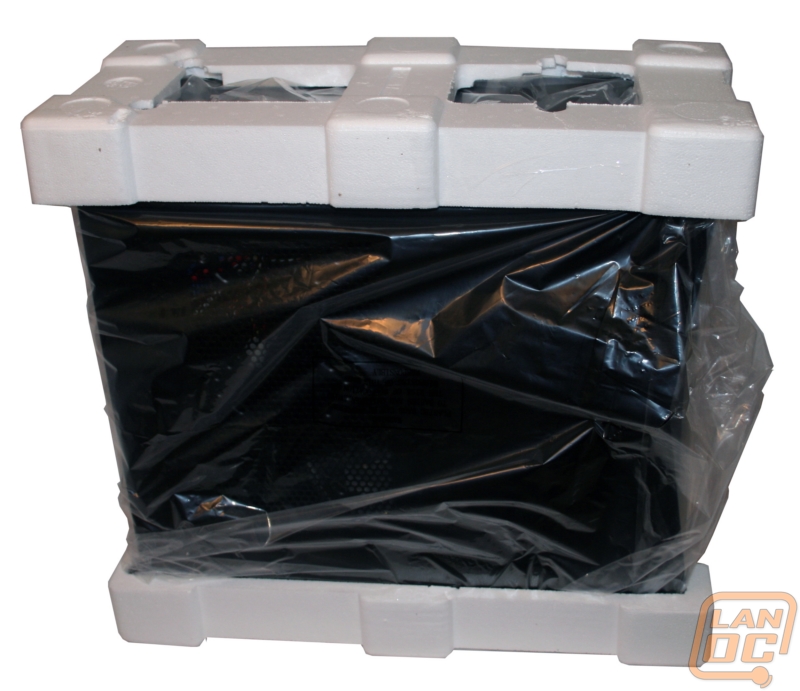 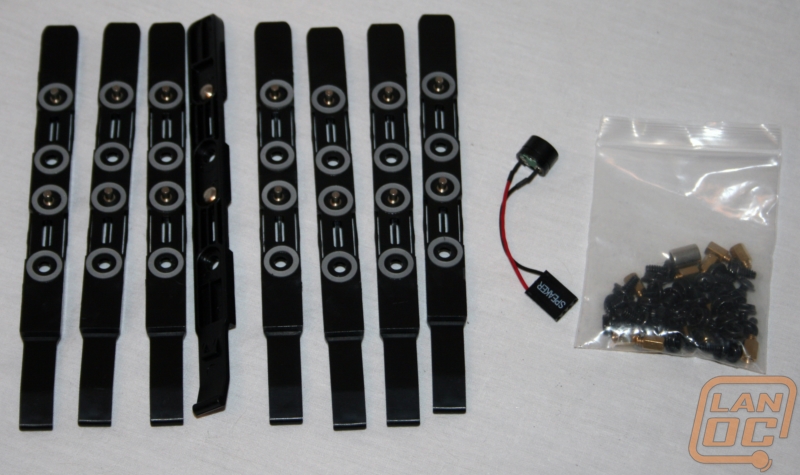 Inside: The Challenger is an all black case, with what is quickly becoming the standard black insides. They've given some thought to dust buildup prevention with included filters for both the front fan and the PSU fan. If you're a fan, like I am, of toolless cases, this one almost fits the bill. The only exception is that the expansion card slots in the back still have the screws to hold them down. Not a huge deal, but you'll still need a screwdriver for your install. They've also included a 2.5” drive adapter caddy for the 3.5” drive bays. There's a bit of a channel in the side, and a couple of rubber grommets in the back for wire management. 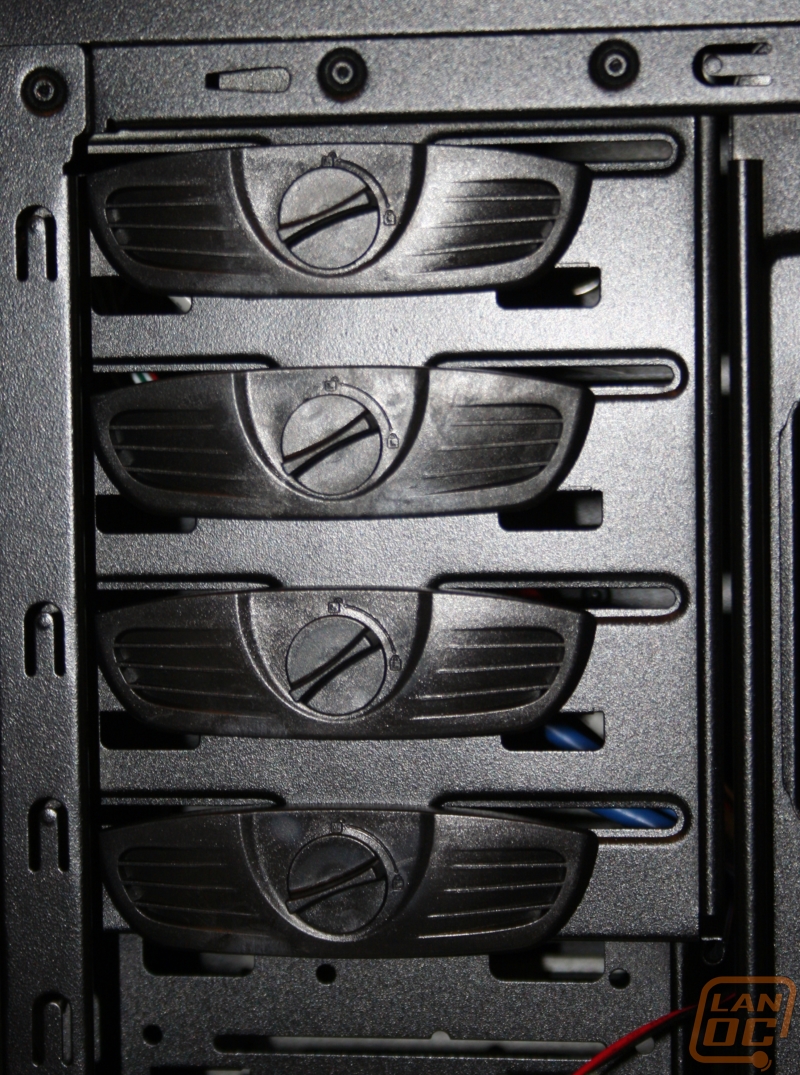 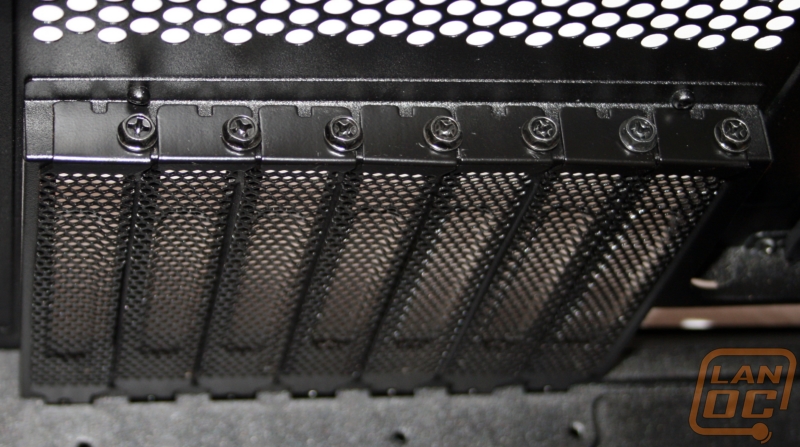 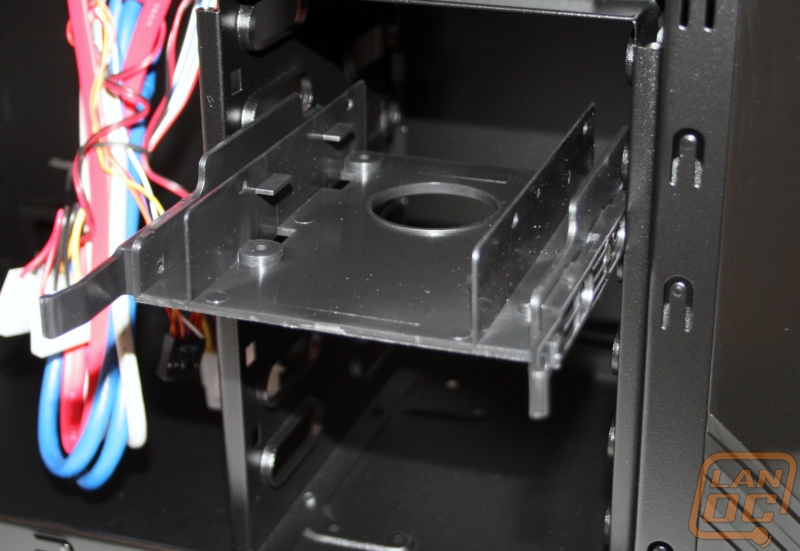 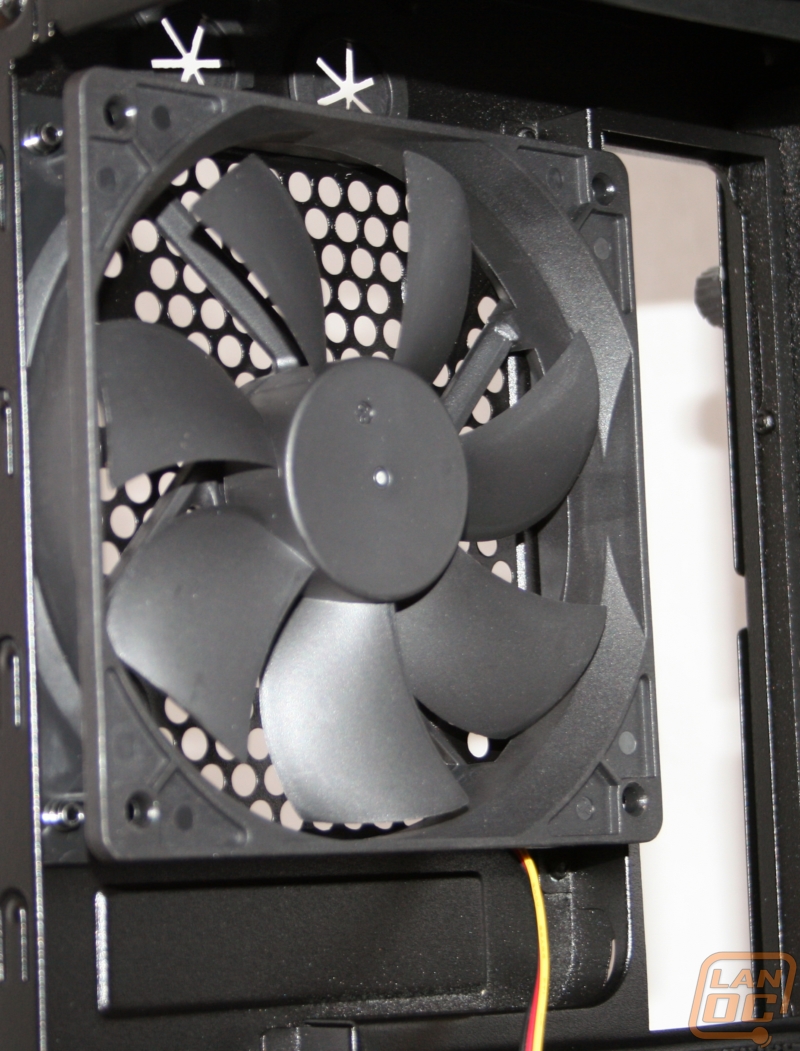 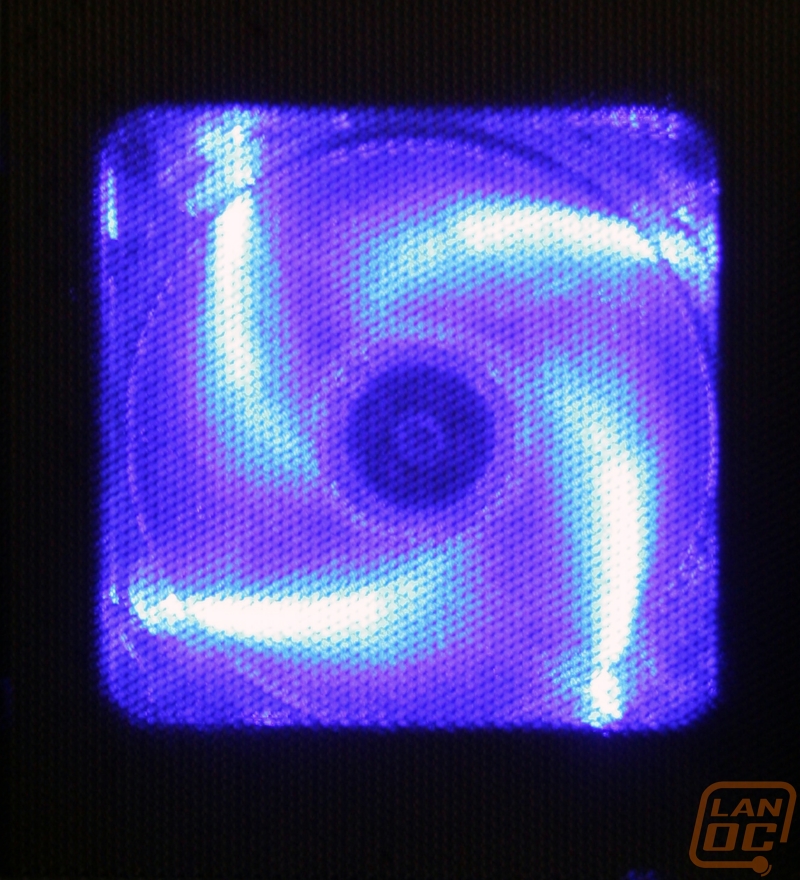 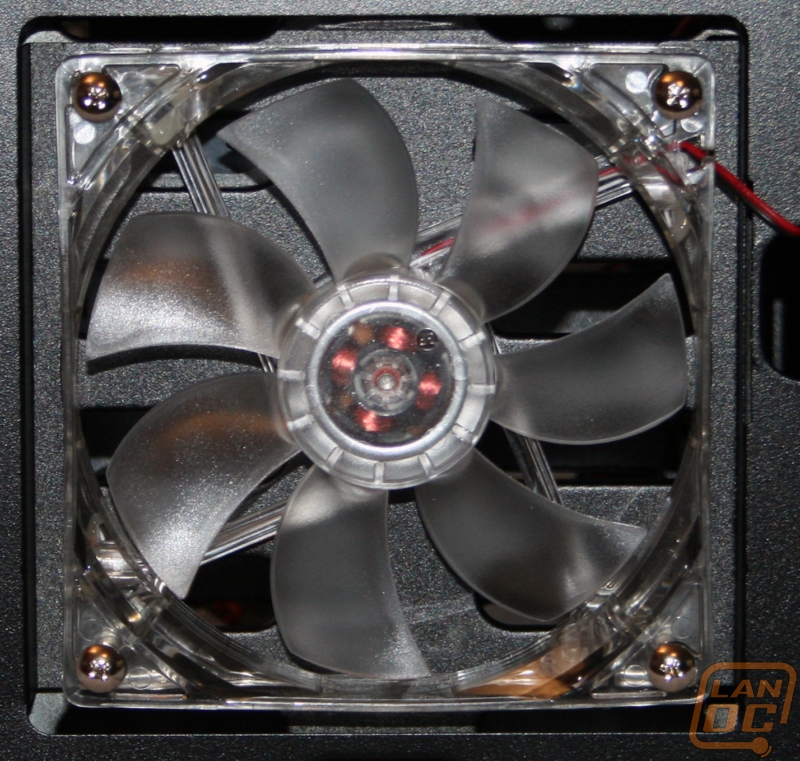 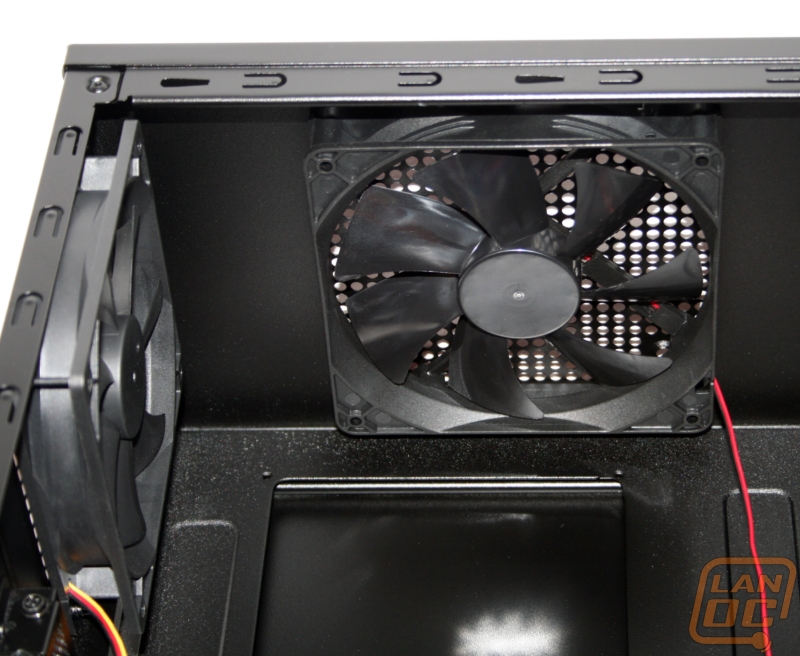 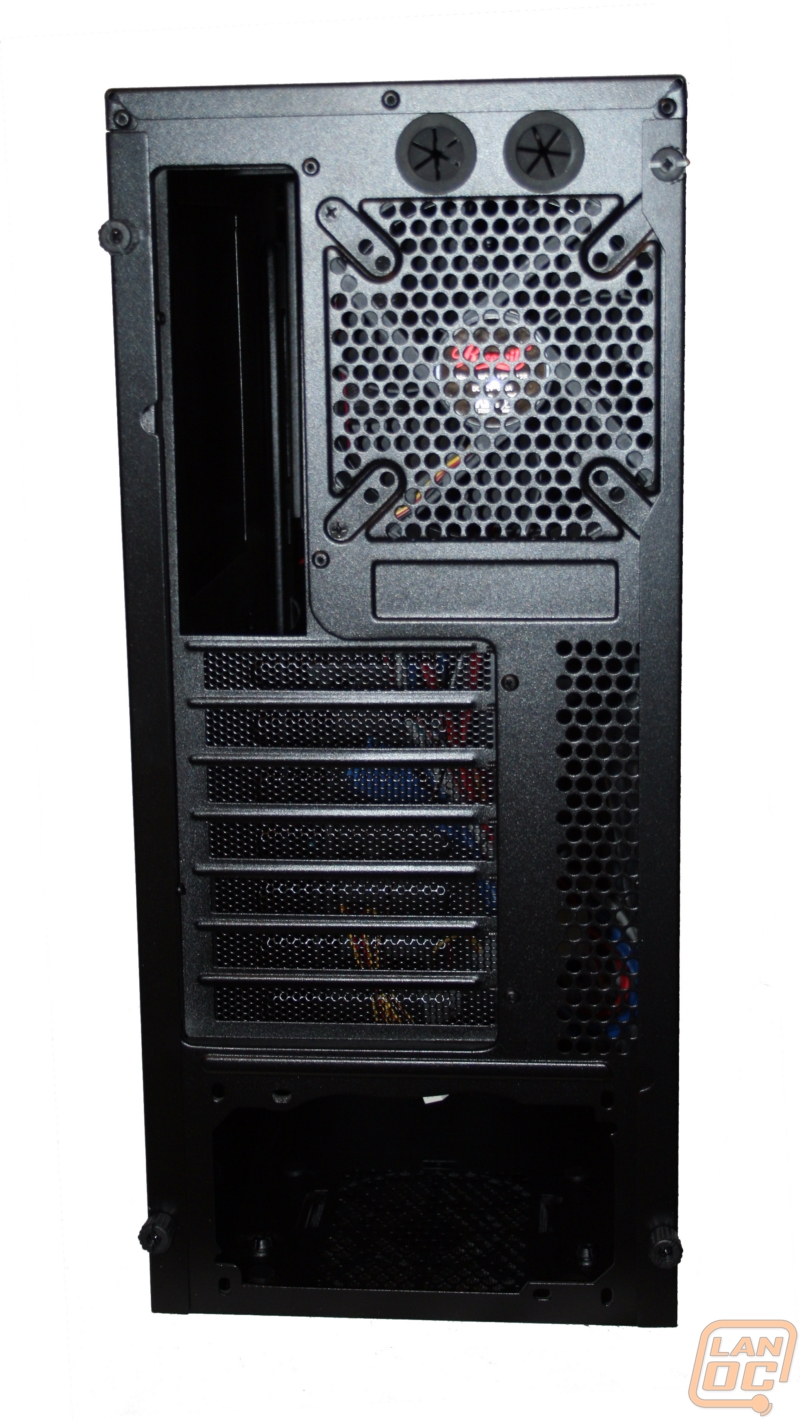 Outside: The front bezel has some less boxy lines and angles and is a glossy black. The front is a nice looking mesh that gives the case a nice ventilation area while still giving it some sharp looks that are accented by the included blue 120mm LED fan that's mounted behind it. You'll notice, up top, in the now standard front I/O panel, that Rosewill has included two USB 3.0 ports, an audio port, and an eSata port along with some nice brushed aluminum look power and reset buttons and a red HDD status light. The side has a grill with room for two more 120mm fans, and it has a pair of 120mm fans pre-installed in the top rear corner. The bottom has a PSU fan grill. 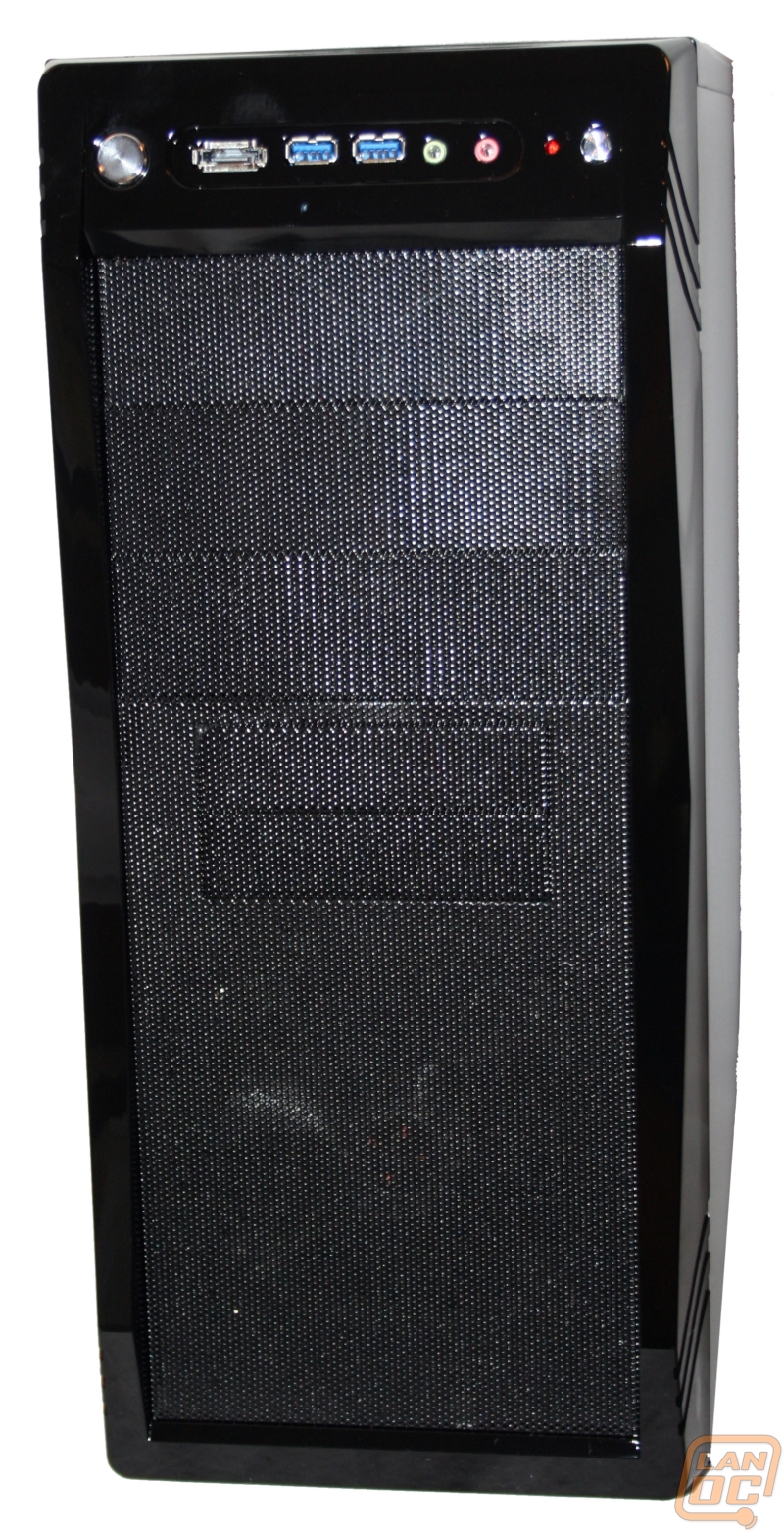 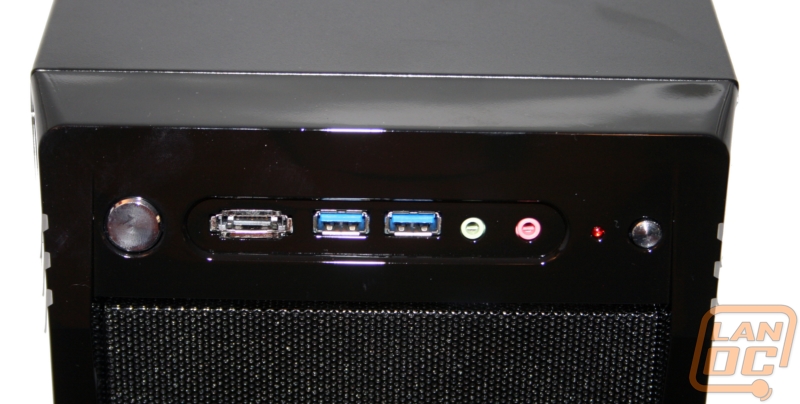 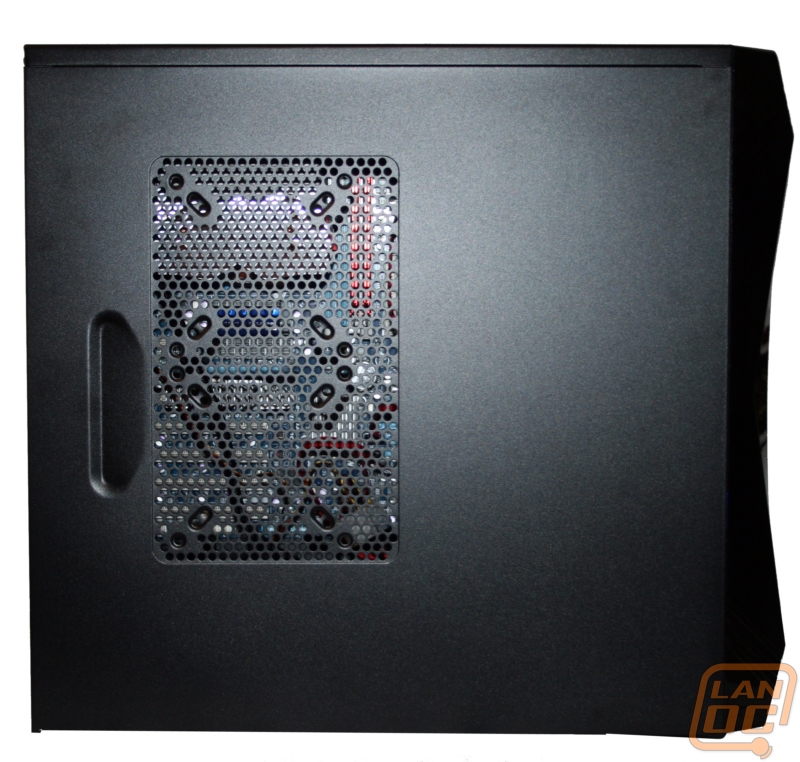 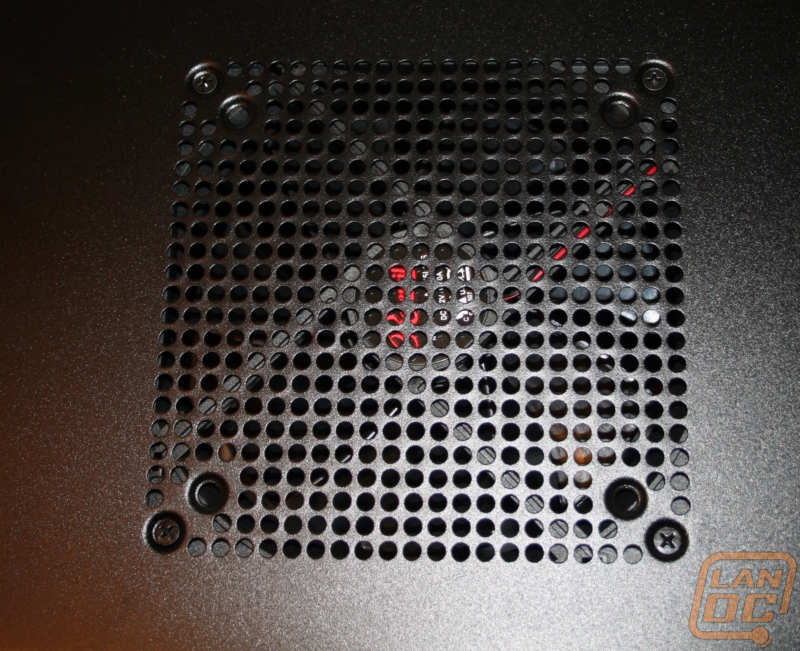 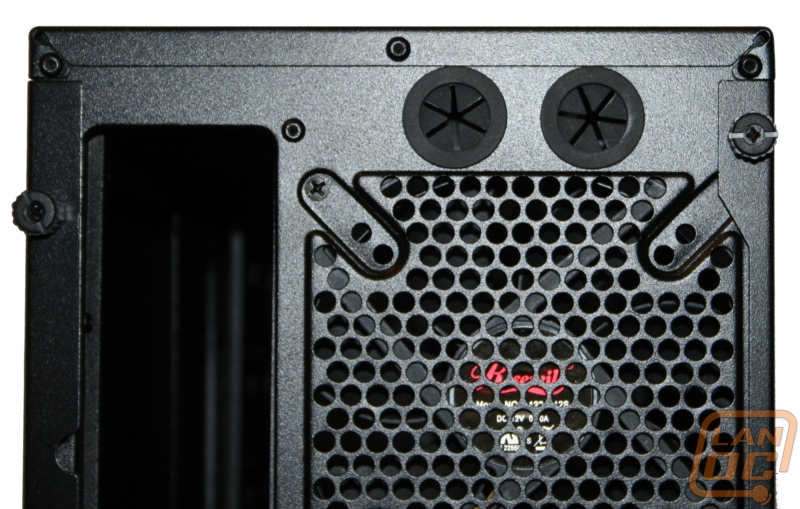 Installation into the case is pretty simple. There's a nice sized cutout in the right side for the CPU cooler mounts. The cables for the front panel don't have anywhere to go besides right through the top, internal, 5.25” expansion bay, so if you're planning on using that, be prepared for a tight fit, or some creative wire rerouting. With the exception of the PCI slot blanks, the entire thing is tool-less, so installation of hard drives and optical drives is super easy. The bag of goodies inside has all the standoffs and some extra screws along with a standoff socket for tightening down the standoffs and enough drive rails to mount four more 3.5” drives. The standoff socket is a little unusual in a budget case, so that's an added bonus. Another thing that I noticed that I really liked was that all the blanks are loose. I didn't have to get out a pair of pliers and twist them away from the body of the case. That also means they're replaceable which I like. 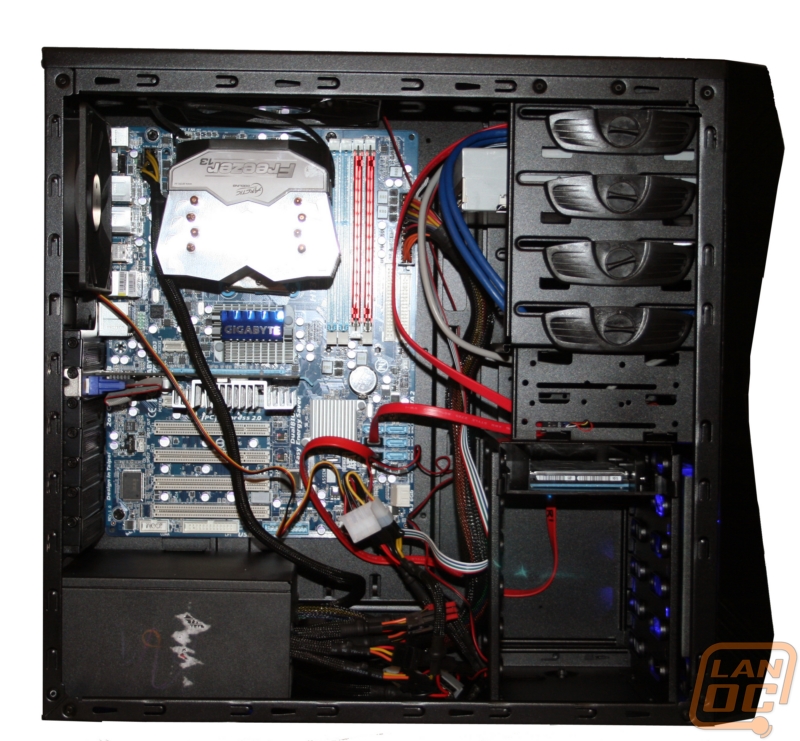 It's also got some installed rubber feet that act as the base for the PSU to help with vibration dampening. Despite having a bit of a channel for wire management, I found that it was a tight fit for everything that I wanted to route through there. If this were a full install, with all the accessories and extra drives, I don't know if they would have all fit in the management channel. I wouldn't call the case spacious, but it isn't the smallest I've ever worked on either. I think it would handle most of the medium to long graphics cards, but the longest ones will likely get a bit tight. The side panels felt a little flimsy, but should stand the test of time as long as you aren't planning on opening the case up once a week. 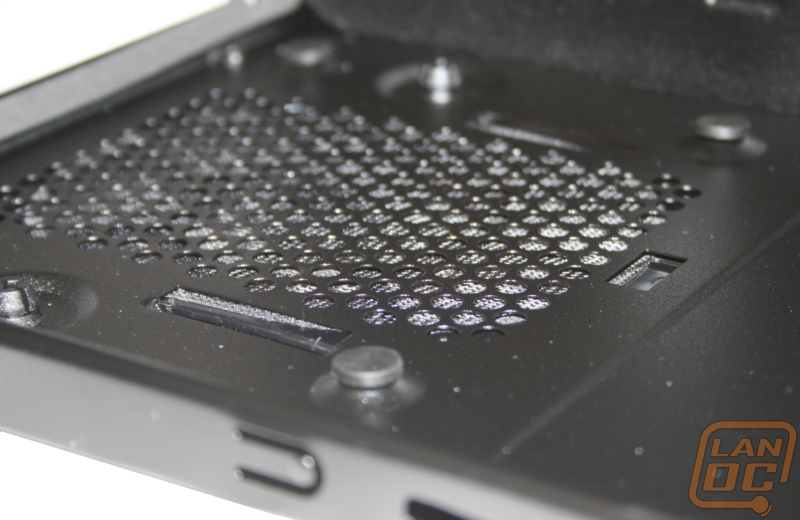 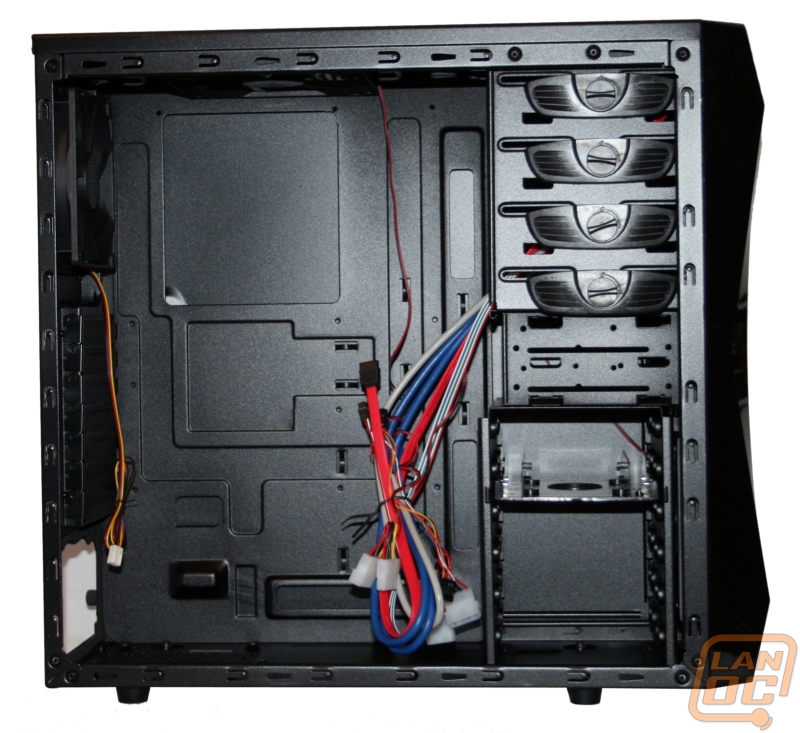 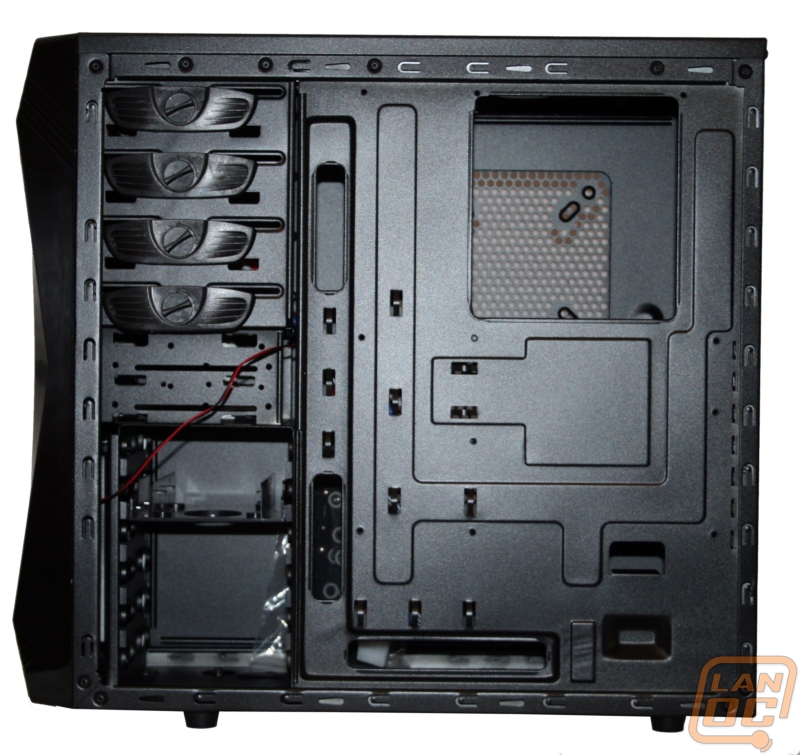 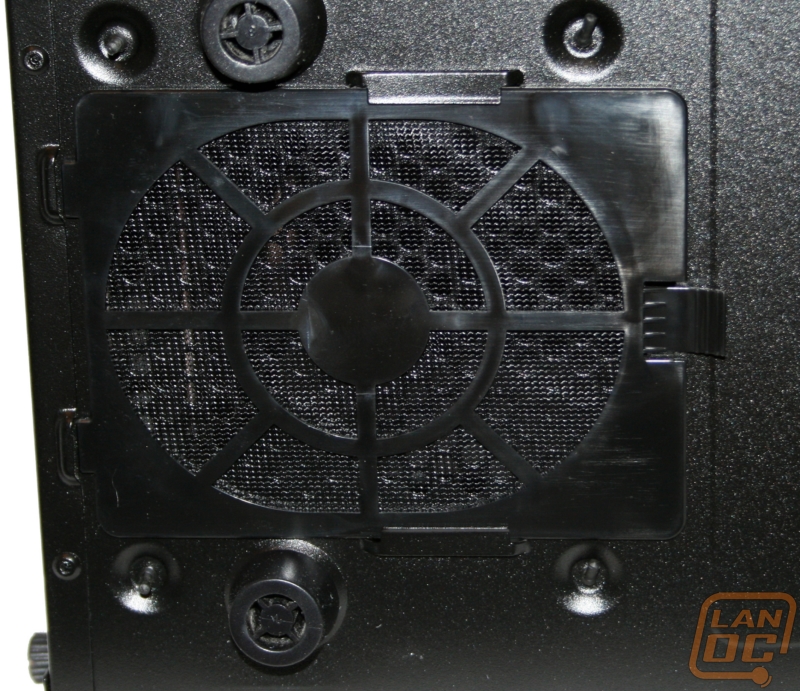 Design on budget cases has come a long way. The Challenger includes several features that haven't been included in budget cases for very long. The front panel USB 3.0, toolless features, and loose blanks are all great features. Small details, like the rubber base feet for the PSU, rubber grommets for wire management, standoff socket, and three included fans also come off as bonuses. The only real downsides I see are that the case feels a little cramped when the build is done, the thin sides, and lack of a deep cable management channel. If you don't mind those things, or can get over them, this could be a good selection for a case for your budget PC build. 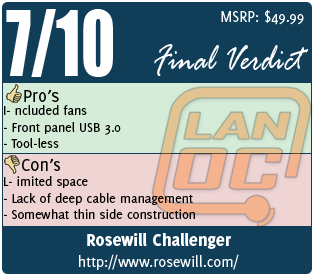 We have 1843 guests and one member online