The exterior of the Define Mini looks very similar to the Antec 190 series of cases on first glance. You can see a door covering the front, two fans on the top and left side, and the front I/O panel at the top of the front door. 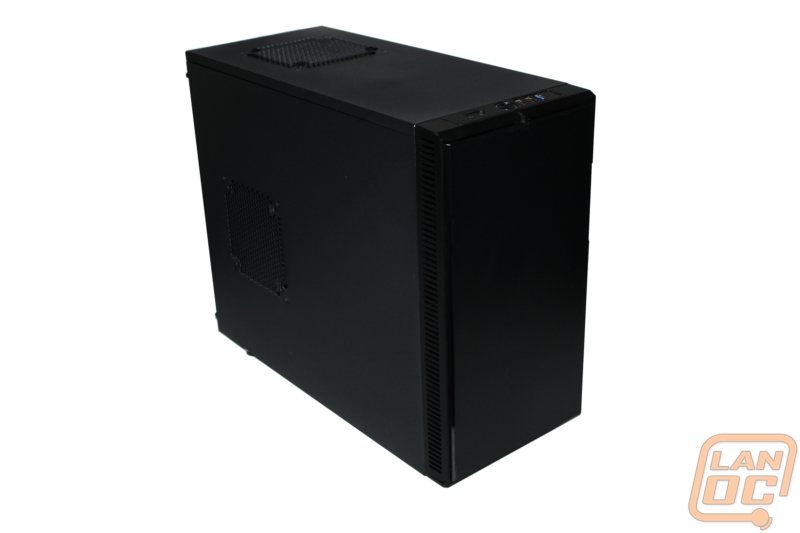 The front I/O panel has a power light on the front ledge that cuts into the front door centered along with the power button. On the left side of the power button you have the microphone and headphone ports. On the right side you have two USB 2.0 ports and one blight blue USB 3.0 port. 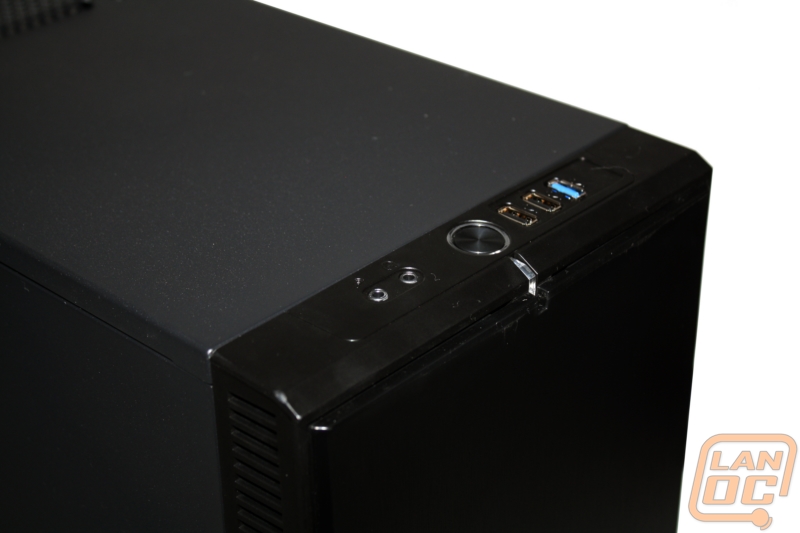 Up top the fan cover has an interesting look. In a way it has the look of the maltese cross, or as some of you might know better, the West Coast Choppers logo.  The mesh area bulges out slightly helping give that look also. Interestingly enough you can’t see through the fan grill, thanks to their ModuVent™ technology. Their ModuVent™ technology is designed to keep the noise down while still allowing air flow. You can remove the ModuVent if you would like to install a fan in the future or if you would like to open up more ventalation. 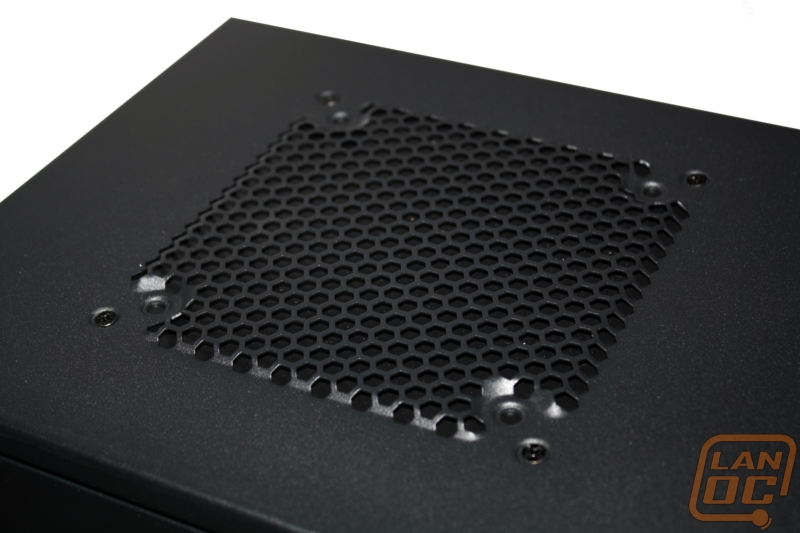 Around on the side panel you don’t have a window to see in, but you do have another fan grill. 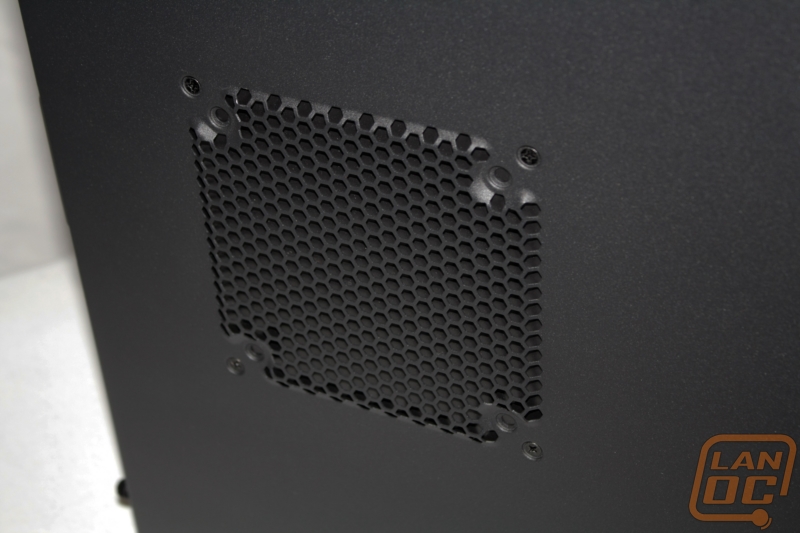 The other fan grills are behind the front door. Each of the two grills on the front open with a push due to the include spring loaded latches. Behind the grills you will find a filter and then a white fan. 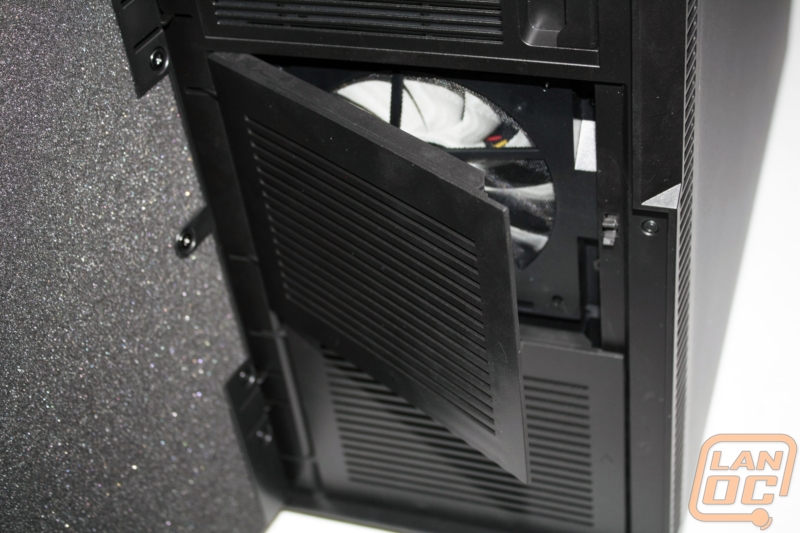 With a door covering all of that airflow Fractal included vents along both sides of the front door. Also in this image you can see the “door handle” so to speak. 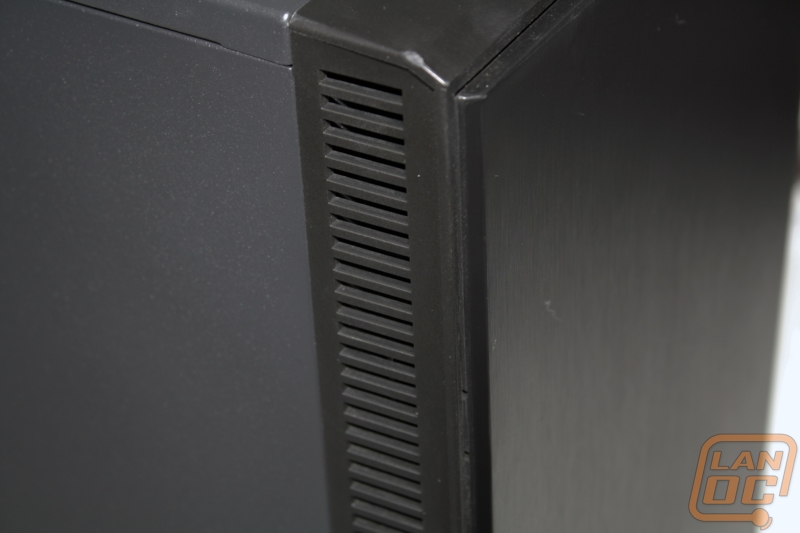 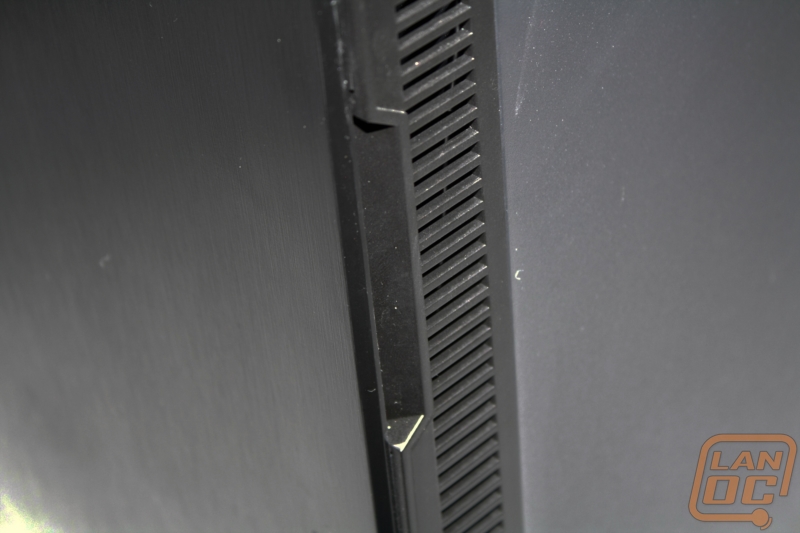 On the inside of the door Fractal included a thick layer of sound dampening. 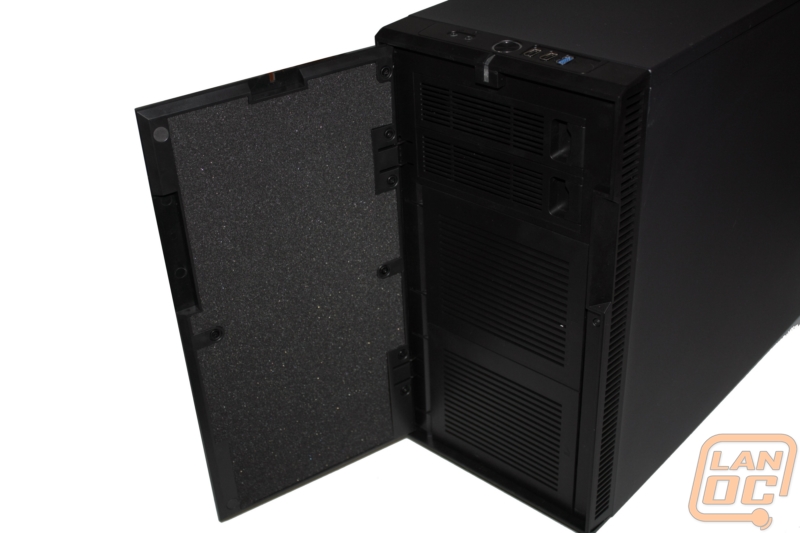 Round back there is one more fan gril, this one being the only fan that you can see due to a lack of the heavy duty filters on all of the others. Above the fan you have two water cooling holes with rubber grommets 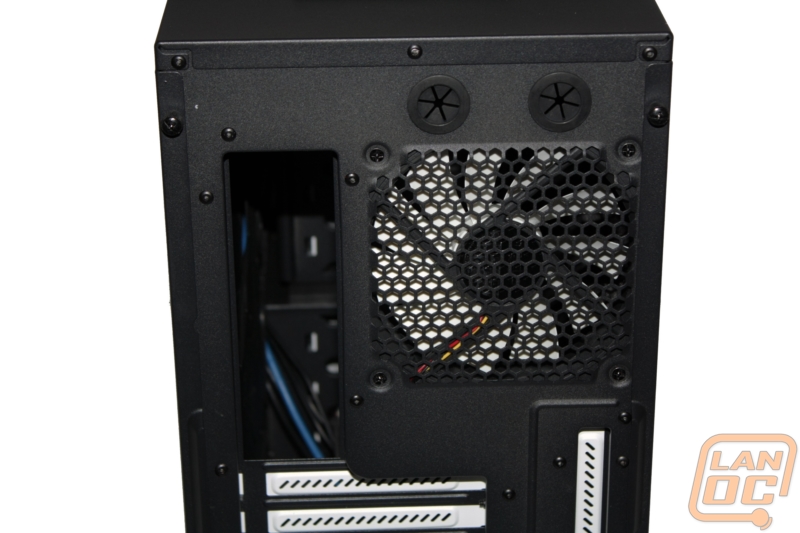 Also on the back you can spot four normally placed PCI slots and one placed above the other is at a 90 degree angle. The PCI slots are hard to miss due to their white color, an interesting choice for an all-black case, but it does look good. In this photo you can also see that the power supply is mounted on the bottom of the case with a PSU fan filter accessible all the way at the bottom for cleaning. Also to note in this image is how both of the side panels are attached, Fractal went with thumbscrews for both sides. 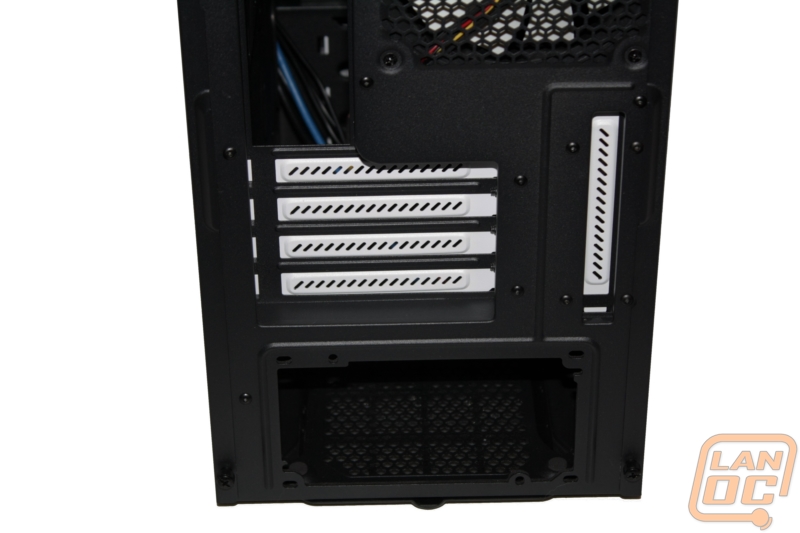 Hasbeen replied the topic: #20718 04 Nov 2011 07:47
I have to admit it is a nice case, but I think I'd prefer its cousin the Arc Mini. It is the door that does it for me, I just don't like them. The rest of the case seems fairly similar to the arc mini so that would be my choice. Great review though and still a good case to have.
Read More...

We have 1452 guests and no members online