Themed cases are becoming more and more popular, helping to bring that aspect of art and individuality to users who may not have the time or the gift for case modding. In-Win has been creating these sort of unique chassi long before it was a trend, the latest of which occupying the DESTINY-Extreme series roster. We've had the pleasure of reviewing two of the cases in this line, the Maelstrom and the Dragon Slayer, and today In-Win has sent us the naval-inspired twin of the former.
Product Name: IronClad

Packaging
The containing box for the IronClad is large enough to fully display the list of specifications and features on the left and right sides, and therefore enjoys the luxury of a full-panel action shot of the cases on both the front and back. Upon opening the package, you'll see the unique metal grill. Foam holders suspend the case from the either side, ensuring safety during shipping. You'll also note the bag of accessories resting in a cove cut-out of the foam. After removing the chassis, the instructional manual is revealed hiding on the floor of the box. The IronClad is envoloped in plastic to keep it dust and debris free from the manfacturing line to your computer desk. Included in the accessory bag are the usual suspects, included cable management clips, power adapters, and miscellenous screws for installation. 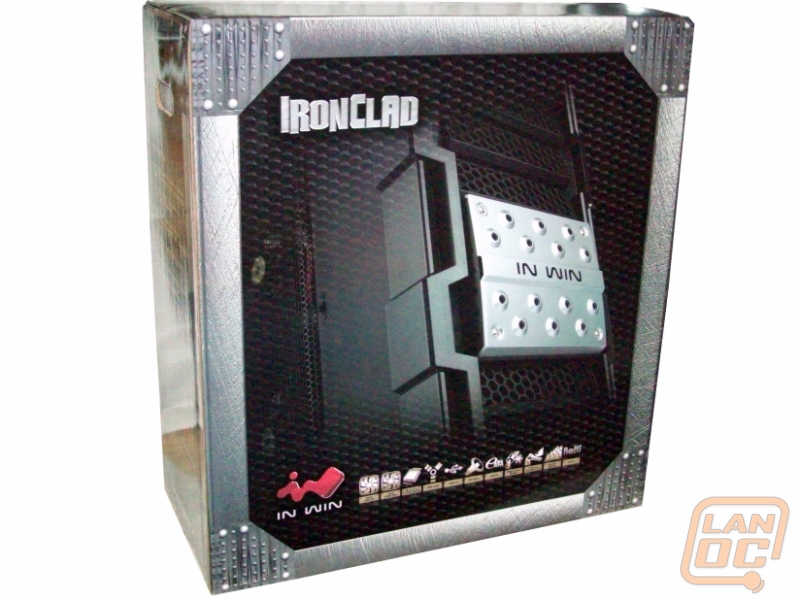 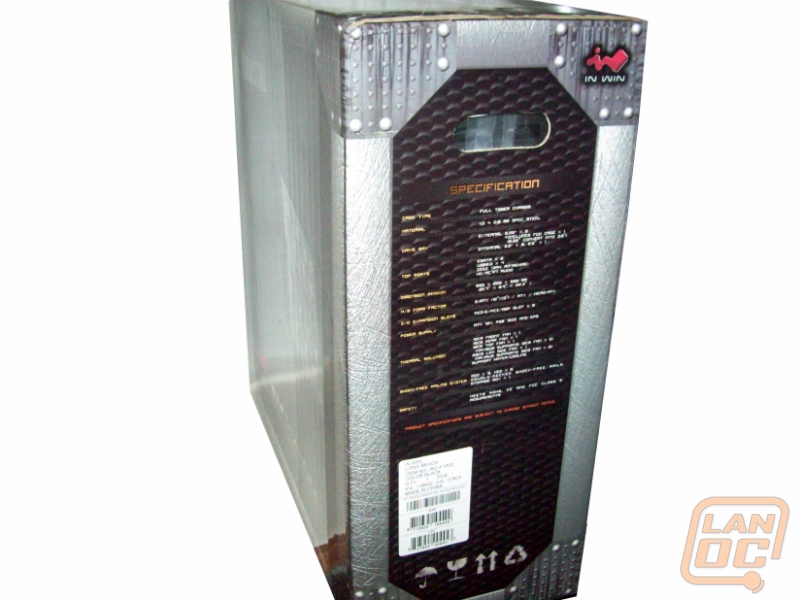 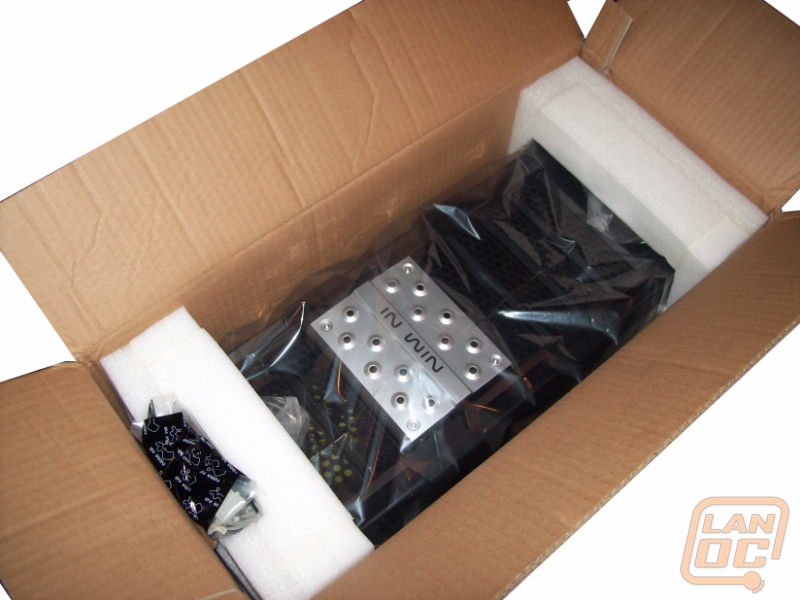 Installation
Being a full tower, the IronClad easily supports ATX, Mini ATX, and E-ATX with plenty of wiggle room. That extra space really pays off for high-end power supply units or water cooling thermal solutions. The case features somewhat of a unique PSU bay, combining the popular corner-risers and mesh screening on the interior for the unit to rest on. Since the IronClad is equipped with rising feet on the bottom of the chassis, power supplies can be mounted with the fan exhaust through the bottom vent. The mesh helps to prevent dust build-up in the PSU, a critical piece of hardware to keep clean. The screening itself has clips that pop out from the inside of the tower, allowing an easy clean. 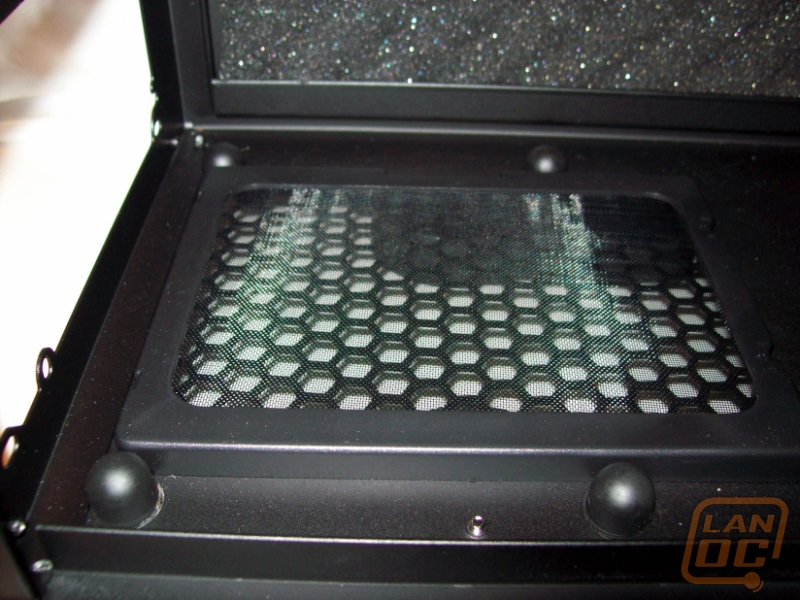 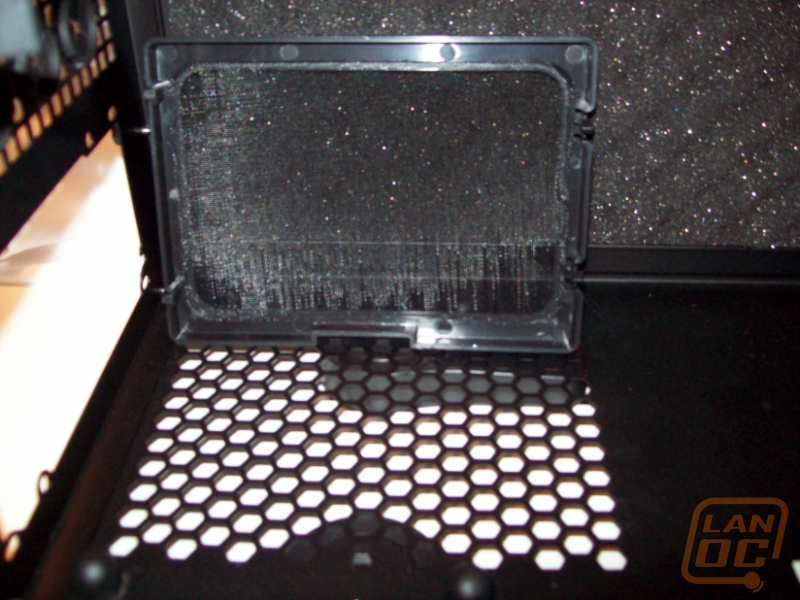 The dry thermal solution consists of front intake and rear exhaust, both at 12cm and boasting the sleek lime green blades In-Win is known for. The airflow is aided by two top exhaust fans, one of which is equipped standard. The main side fan system can't be ignored, either; the IronClad boasts the giant 22cm LED fan factory installed, with the option to switch out for up to six 12cm fans. The chassis is equipped with a fairly standard air flow system, but the large side fan that we've seen in other DESTINY-Extreme entries pushes it over the top, eliminating any doubt of sufficient cooling. 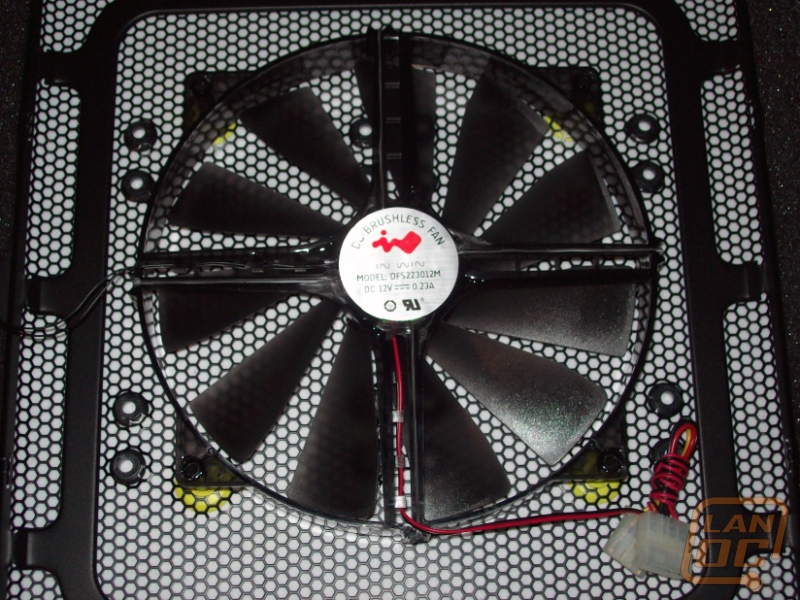 As a full tower should be, the IronClad is rich with drive bays, with six internal 3.5" bays and five external 5.25" bays. Smaller form factors aren't left in the cold, though; you'll find a 2.5" bay internally, and one of the external bays can be converted to a 3.5" if needed. In-Win has also included not one, but two e-SATA ports on the top I/O panel, accompanied with four USB 2.0 ports, firewire, and audio ports. On the reverse side, you'll find room for expansion cards, operating on tool-less mounting clips. The hard drive bay operates on a tool-free rail system, attaching skiis to either side of the drive, which you'll find neatly organized above the cage. 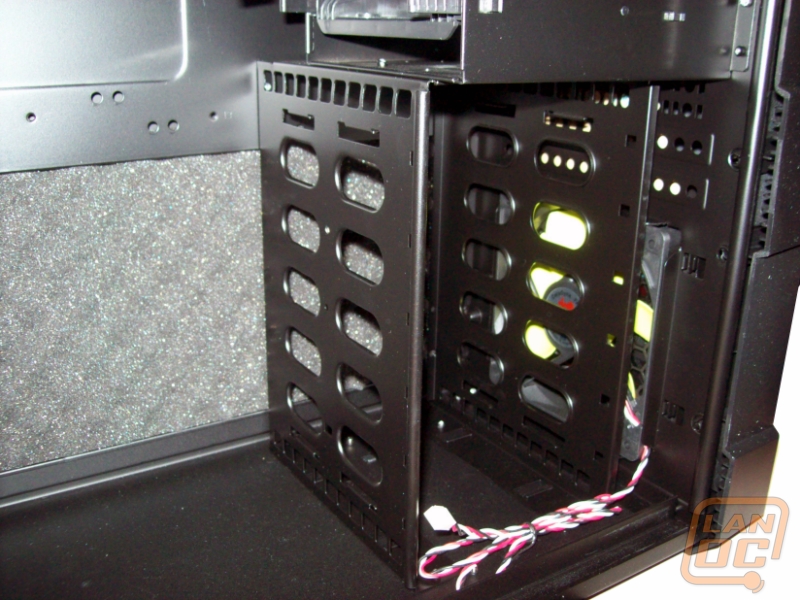 Performance
The DESTINY-Extreme series is known for its craftsmanship, and the IronClad is another great example. From the naval-inspired facade to the finished black interior, In-Win has invested some well spent time and effort in the finer details. The occasional touch of the lime green in the fan blades and mounting holes demand attention, while the glow of the 22cm side fan illuninates the proud hardware that can be peered into from nearly any side of the chassis. 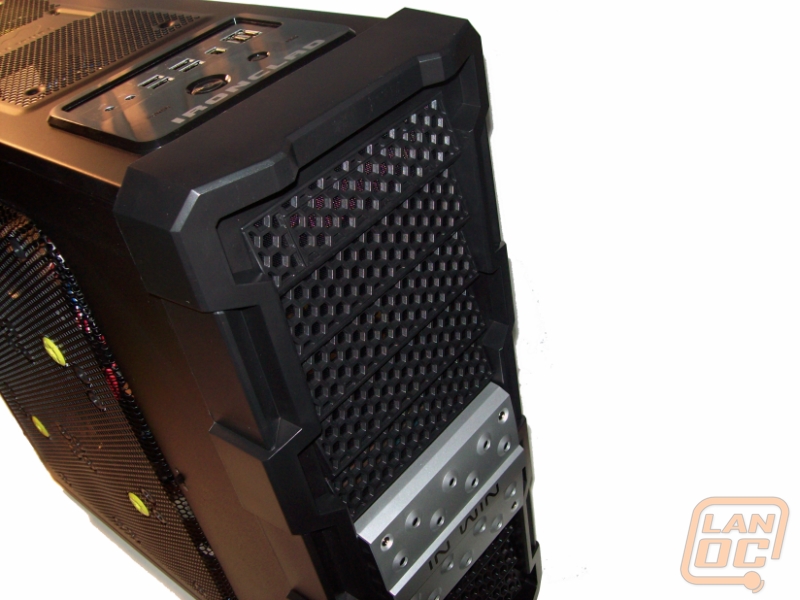 In addition to the tower's appearance, functionality has also been given thought. Sound-absorbing foam can be found fused into the panels of the case, helping to balance the potentially high decibals from the collection of fans. The rotating feet on the bottom of the IronClad is also a nice touch, one of my favorite features of the case I currently use. 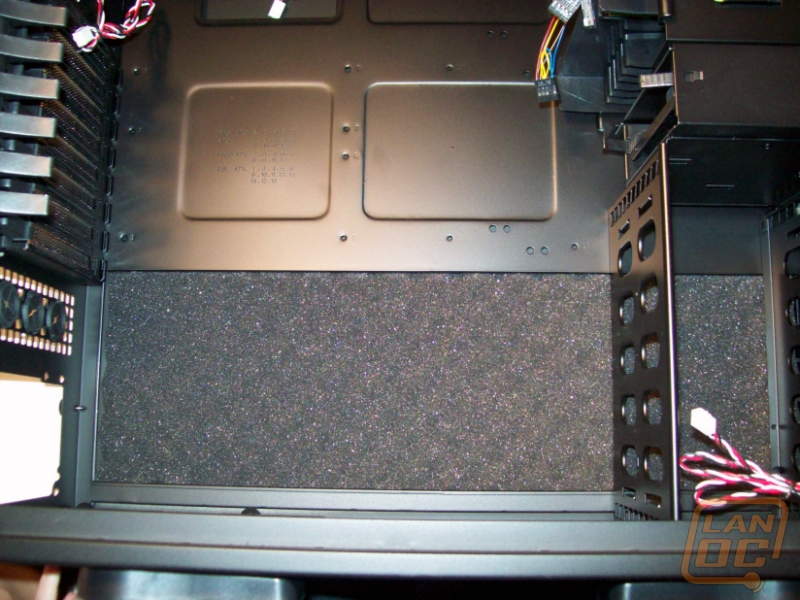 While the vessel-like chassis is without a doubt sturdy, it does have some weight to it. Most full towers are generally on the heavier side, the IronClad is crafted from steel, gaining near double the weight as similar builds in lighter materials, such as aluminum. 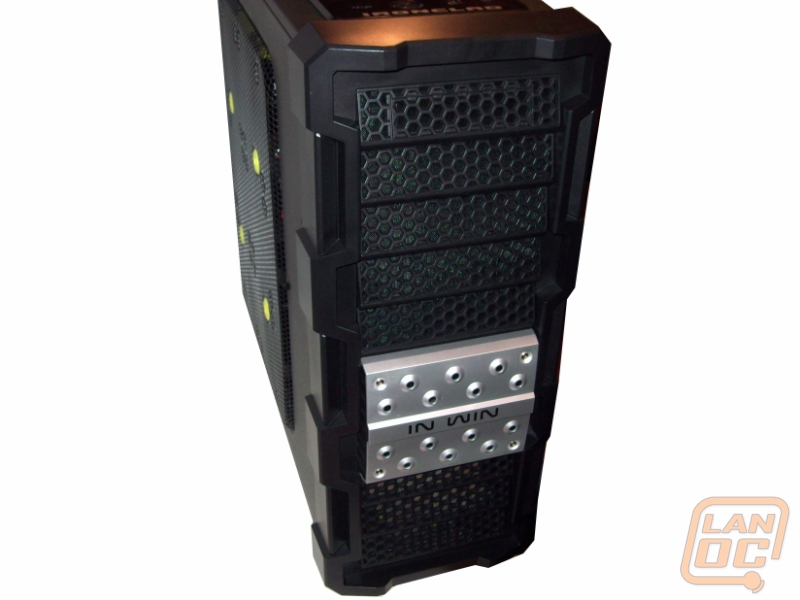 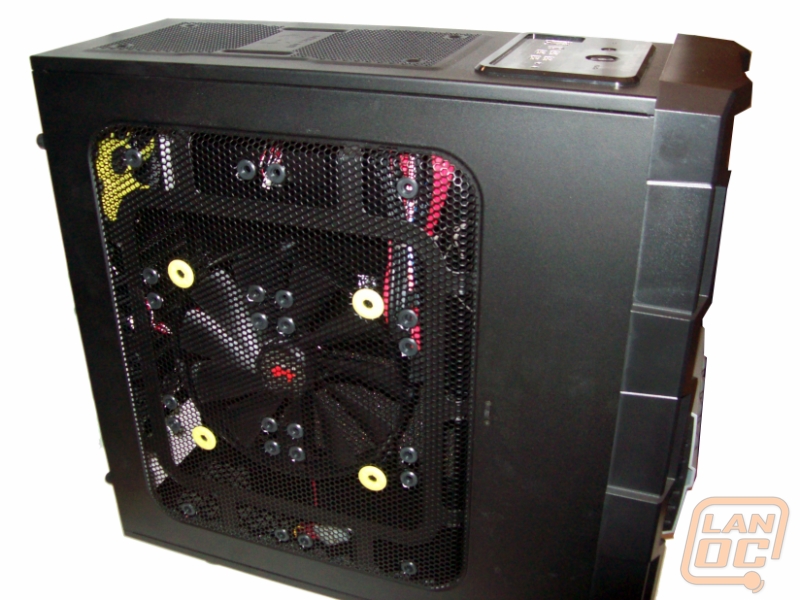 As mentioned above, the IronClad supports both fan-powered and water cooling solutions. The former is driven by a front in-take 12cm fans, rear and top exhaust 12cm fans (the top supports two fans, but only one is included), and the aid of the side 22cm fan. 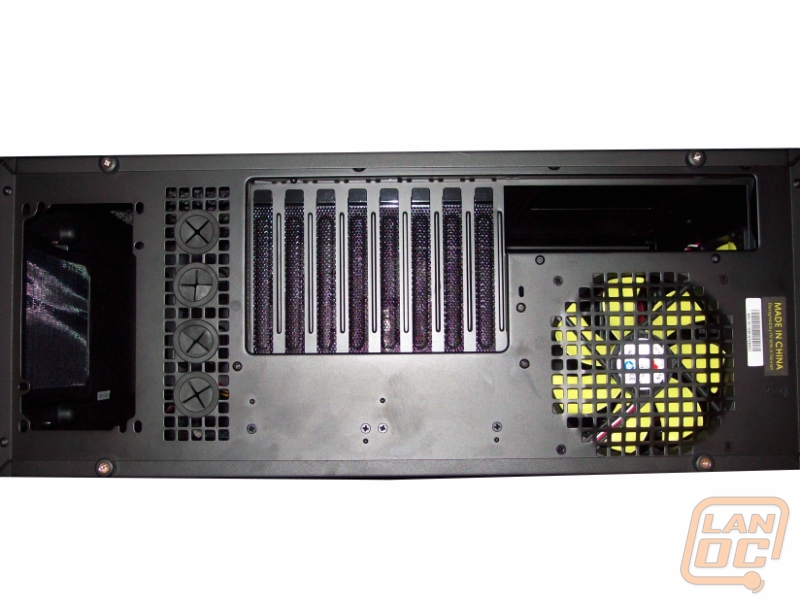 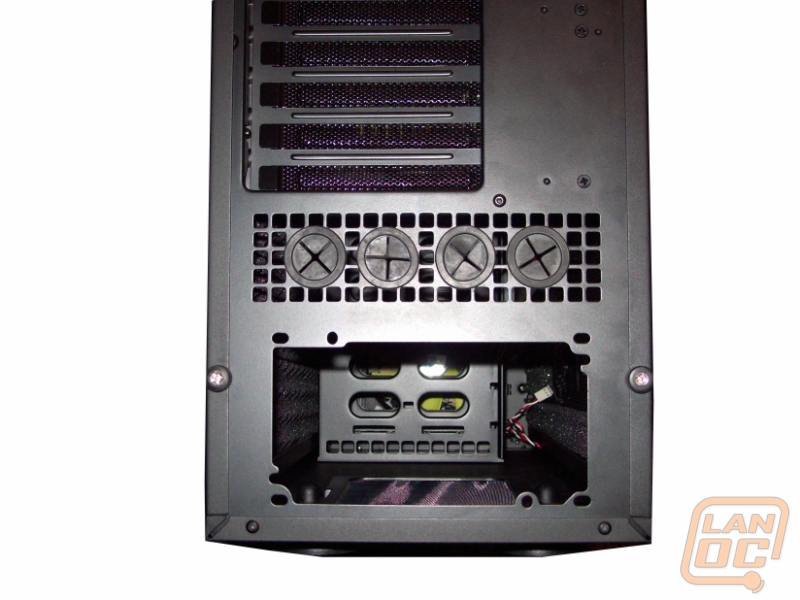 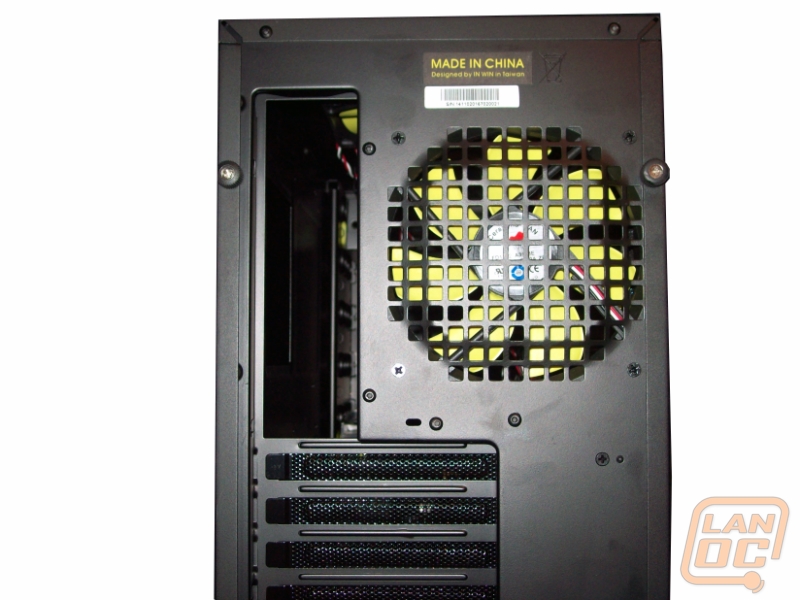 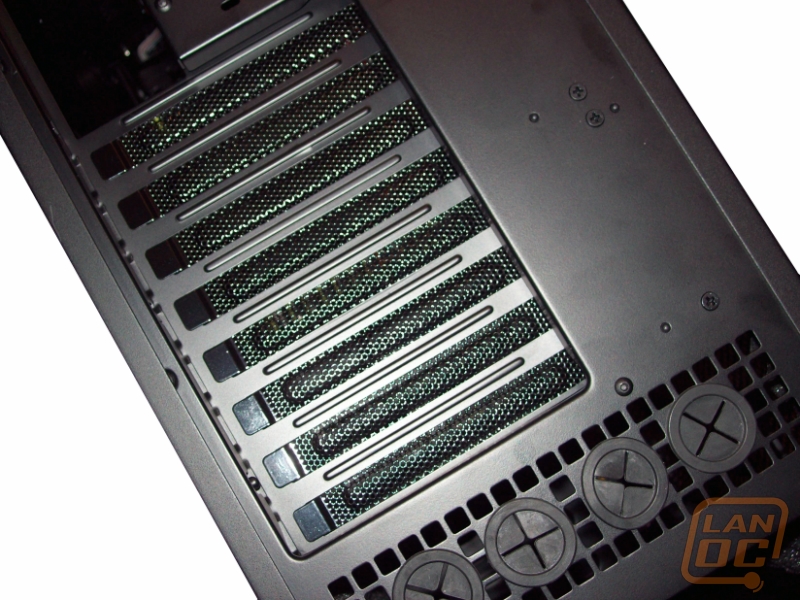 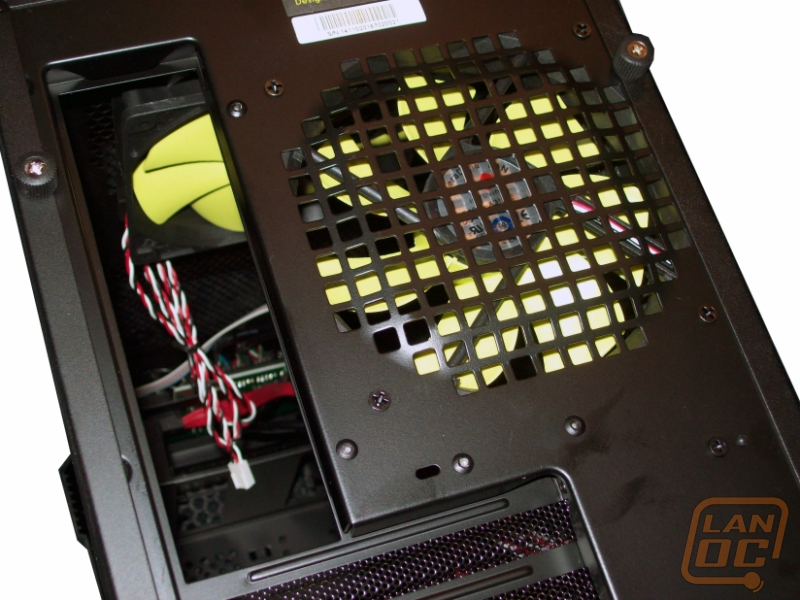 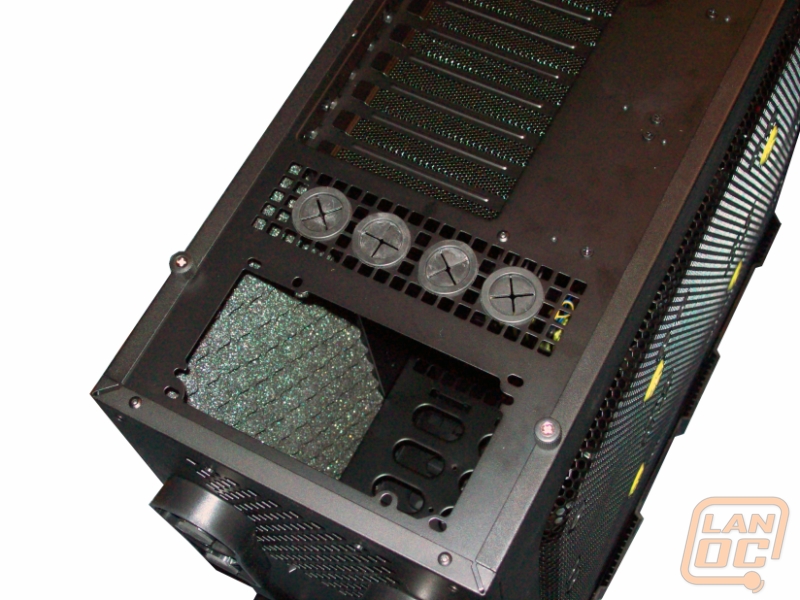 Overall
The standard version of the IronClad has a great appearance, while the limited edition camoflauge version is even more of a work of art. Quality can be found in every aspect, inside and out. The chassis provides plenty of room for high-end components, drive and device expansion, and the mess of cords that is sure to come with it all. The collection of up to ten 12cm fans or the three 12cm paired with the giant 22cm fan ensures that your hardware will stay cool, with the option of water cooling available. This case is also one of the more affordable full towers available, costing about twenty dollars less than similar models.Though it may require some muscle, it'll definitely be worth to take the In-Win IronClad to your local LAN party to show off. 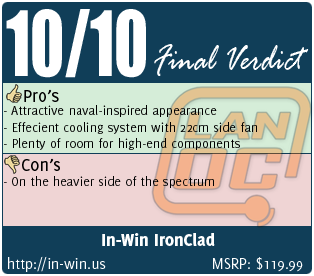 Author: Lersar
Contributing Editor / Event Staff
Adam is a big proponent of LAN parties, esports and speed-running, and helps organize our semi-annual LAN events. He has covered hardware and software reviews of a wide variety, but most content these days come from event coverage, such as other LAN parties.
Discuss this article
Log in to comment
Posts in discussion: In-Win IronClad

We have 934 guests and one member online